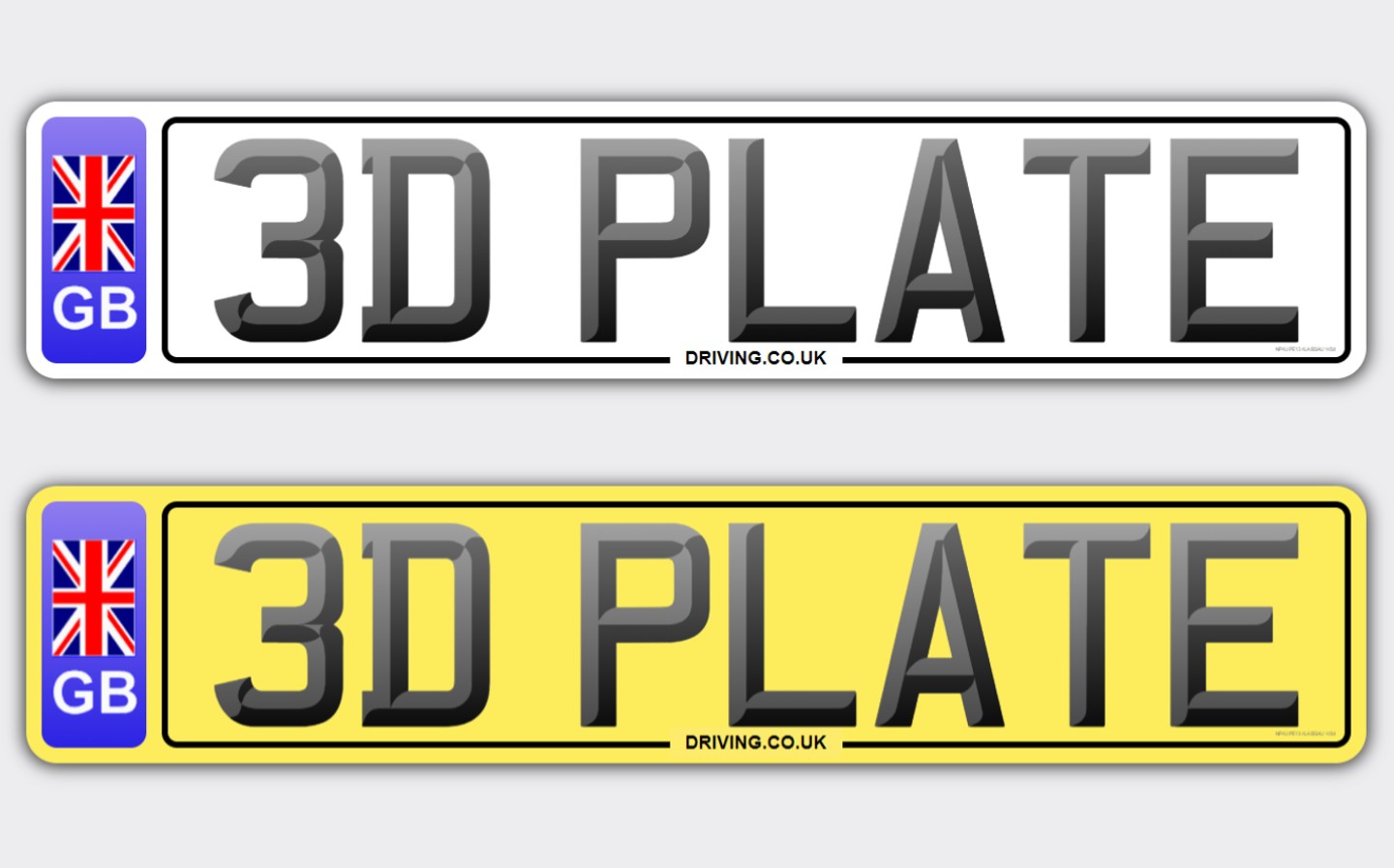 Although the rules around the legibility of number plates in the UK are quite strict, and the rules have recently been toughened up, 3D and 4D plate designs are still available to buy, so many motorists will be wondering whether they are legal.

Drivers will sometimes opt for unusual fonts or effects giving the impression of raised lettering; these ones are known in the trade as “3D” or “3D effect” number plates. Others use actual raised lettering, which can comes in “3D gel” or “4D” types.

The rules on number plates changed in September 2021 meaning that all number plates featuring a 3D-effect font are banned from that date, but there is some nuance in the rules.

No-one wants to be stopped by the police for breaking the law in this regard, so let’s take a closer look at whether 3D and 4D number plates are legal in the UK.

Following changes to the law on UK number plates in September 2021, the rules now say that all plates must:

The characters themselves must not be removable or reflective and, if fitted after September 1 2021, must be a single, uniform shade of black.

The latest manufacturing standard for plates introduced in 2021 aims to ensure that they remain in good condition after many years of exposure to the elements and road conditions.

Are 3D number plates legal in the UK?

Because the terms 3D, 3D gel and 4D are often confused, it’s important to specify what is legal and what isn’t.

Number plates employing characters rendered in a 3D-effect font so as to give the impression of the letters and numbers protruding from the surface of the plate, such as in the main image above, are not legal on cars if fitted after September 1, 2021.

Be careful: some websites may sell you one for your car even though it would be illegal to fit it to your car today. The DVLA rules are quite clear, stating:

“The characters must not be removable or reflective. If your number plates were fitted after 1 September 2021, they must also be a single shade of black.”

What are 3D gel number plates?

Number plates with raised polyurethane characters glued to an acrylic backing are known as “3D gel” plates. The shiny look and curved surface of the lettering gives the impression that it is rendered in gel.

What’s the difference between 3D and 4D number plates?

According to number plate makers, the key difference between 3D gel plates and 4D plates is that the latter use laser-cut acrylic characters glued to an acrylic background, giving a sharper, better-defined lettering effect.

It’s worth noting that 4D number plates can come with characters set to one of a number of different depths.

Are 4D number plates legal in the UK?

Yes. If the plate meets all other BS AU 145e legal requirements, such as being made from a reflective material with solid-black non-reflective lettering, bearing the name of its supplier and not having a background pattern, then 4D plates with raised lettering are fully legal.

What is the penalty for illegal number plates in the UK?

It’s vitally important to ensure that your number plate is legally compliant. In the best-case scenario, an illegal number plate can merely see you fail an MOT; in the worst case, if caught by the police, you may face a hefty fine of up to £1,000.