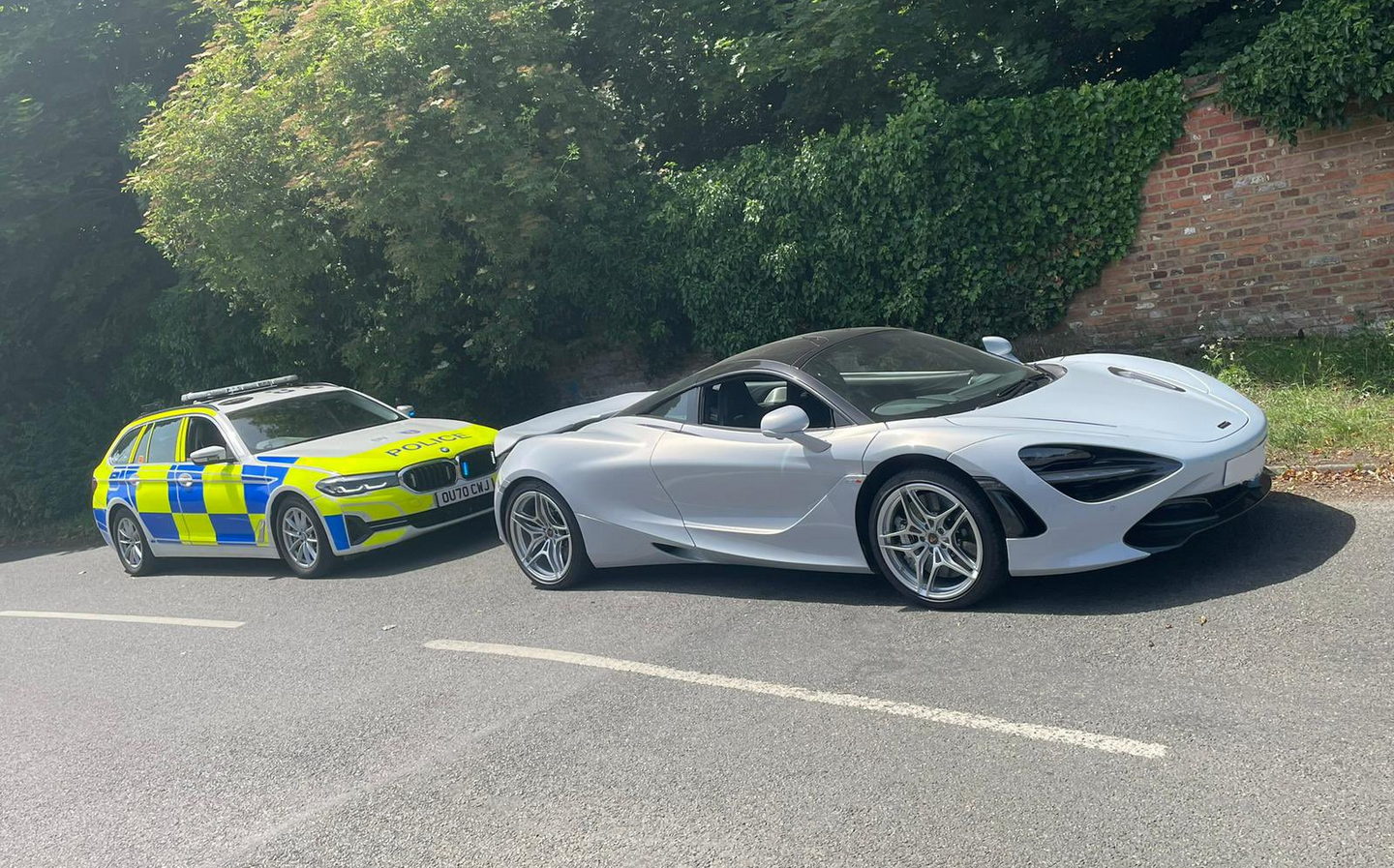 The owner of an uninsured McLaren 720S had his supercar seized after telling police that he was just taking it for a quick drive around the block to charge its battery.

Officers from Thames Valley Road Policing — a joint initiative between Berkshire and Hertfordshire constabularies — said the owner of the white £215,000 McLaren claimed the battery needed topping up in such a way because he never uses it.

News of the seizure was reported on Twitter on Sunday (June 19) by a user with the handle @Traff_Cop1879, whose biography describes them as a “Traffic Cop for Thames Valley Police in Berkshire”.

The officer took the opportunity to make a point about social justice:

“For all those haters who say we only target the poor, you are wrong,” the post read. “We target anyone and everyone who doesn’t follow the law.”

One reply pithily suggested that the McLaren would nicely suit the Battenburg high-visibility livery found on emergency vehicles and police cars. Several others mentioned that a battery charger would have been a simpler and cheaper proposition than risking driving the vehicle uninsured.

Driving without insurance: the law

It is illegal in all cases to drive on a public road in the UK without at least third-party insurance to cover damage to any person or property resulting from a road accident that a driver has caused.

The minimum penalty for those caught driving without insurance is a fine of £300 and six penalty points. For more serious offences, such as those involving an HGV or providing false details to the police, the case can go to court, which can result in an unlimited fine or a driving ban. The court may also order the driver to pay the associated costs of any accident in which they have been involved.

As was the case with the McLaren driver, police also have the power to seize and destroy any vehicle found to be uninsured on a public road. They can also issue an IN10 endorsement on the driver’s licence, which remains for four years and must be disclosed to insurance companies for five years following the conviction and which generally leads to much higher insurance premiums.

Even if a car is not being used and has been declared off the road (SORN) with the DVLA, it must still be insured if it is kept in a public place such as on the street. A car also cannot be taxed unless it is insured.

According to estimates from the Motor Insurer’s Bureau, every 20 minutes someone in the UK is injured in an incident caused by an uninsured or untraced driver, with 130 people killed every year in accidents involving that group.

Figures from 2020 indicate that there are currently around a million uninsured drivers on UK roads, equating to around 4% of all drivers nationwide.

On the same day the the McLaren was seized, an uninsured driver in the West Midlands was pulled over after being caught travelling at 105mph on the motorway. Officers found the driver to be over the legal alcohol limit and were stunned to find a three-year-old child in the back seat.