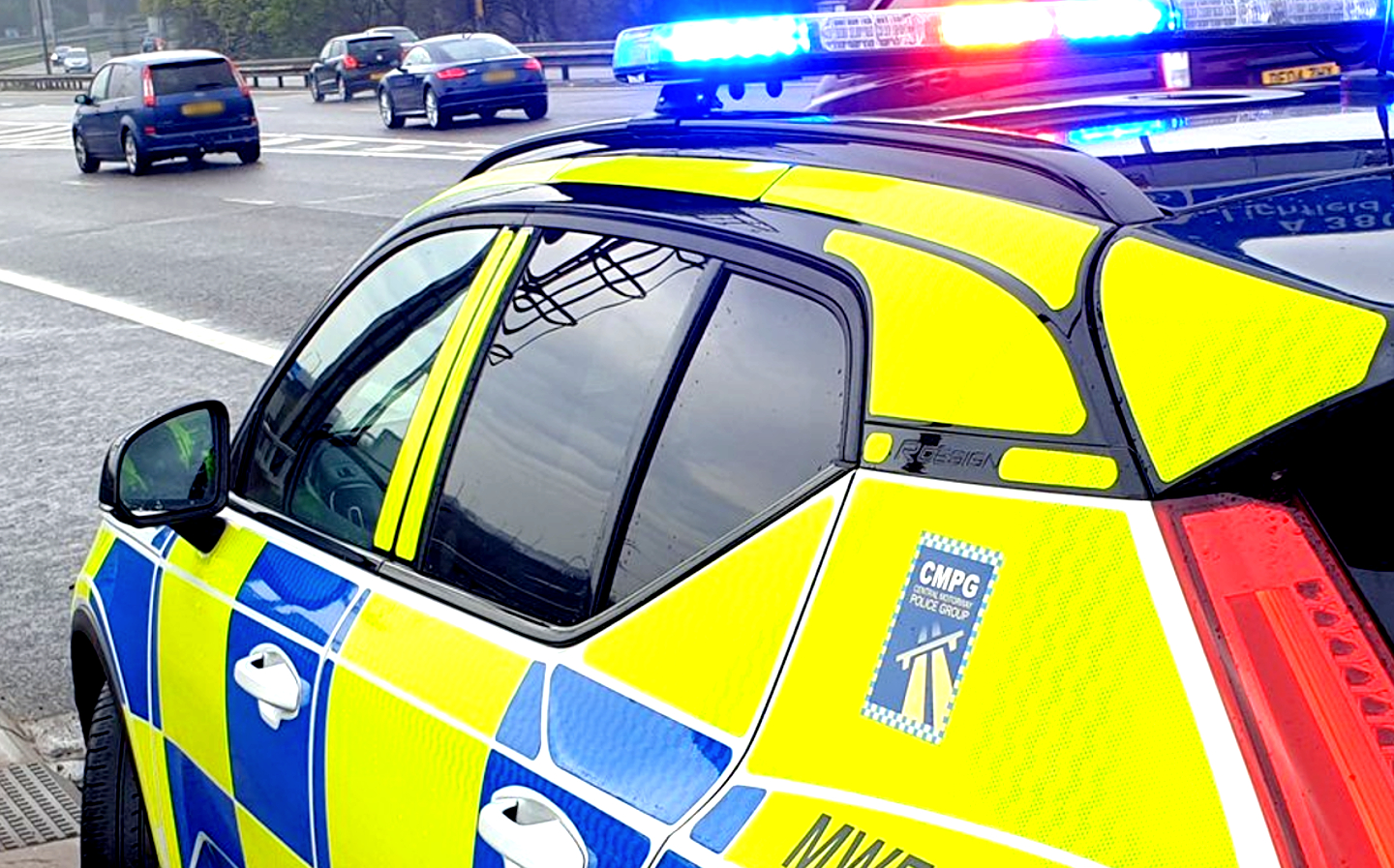 A driver in the West Midlands was branded “completely irresponsible” after being caught travelling at 105mph on a motorway and found to carrying a three-year-old child, uninsured and over the legal alcohol limit.

Officers from the Central Motorway Police Group (CMPG), which patrol motorways in the region and comprises members of the West Midlands and Staffordshire constabularies, caught the driver of the dark blue SUV travelling far in excess of the speed limit and were shocked when they pulled the vehicle over to find a three-year-old child also in the car.

Conducting a breathalyser test, the officers found that the driver was above the legal limit for alcohol consumption (35mg of alcohol per 100ml of breath), and the car was not insured.

The suspect was arrested and remanded in custody, and the police made arrangements for the child to be collected and returned safely to other family members.

The CMPG reported the news on Twitter on Sunday (June 19), describing the driver as “completely irresponsible”, with almost all replies to the post concurring with the police’s assessment and suggesting that the motorist should face a lifetime ban from driving at a minimum.

Although it isn’t yet clear exactly what penalties the driver will face, considering the number and severity of the offences, they are unlikely to get away with just a slap on the wrist.

The penalties for driving over the legal alcohol limit include up to six months’ imprisonment, a potentially unlimited fine and a driving ban for at least one year (three years if convicted twice in ten years).

For driving uninsured, police may issue a fixed penalty notice with a £300 fine and six points added to the driver’s licence, though if the case goes to court (which is likely in this instance), the driver may face an unlimited fine and disqualification from driving.

The minimum penalty for speeding is a £100 fine and three penalty points and if the case ends up before the courts and depending on whether a driver pleads guilty or not, the fine could be as much as £2,500 (for speeding on a motorway) with the possibility of the driver also having their licence suspended.

It is not clear at present if the driver in question is being charged with any offence related to endangering the child.