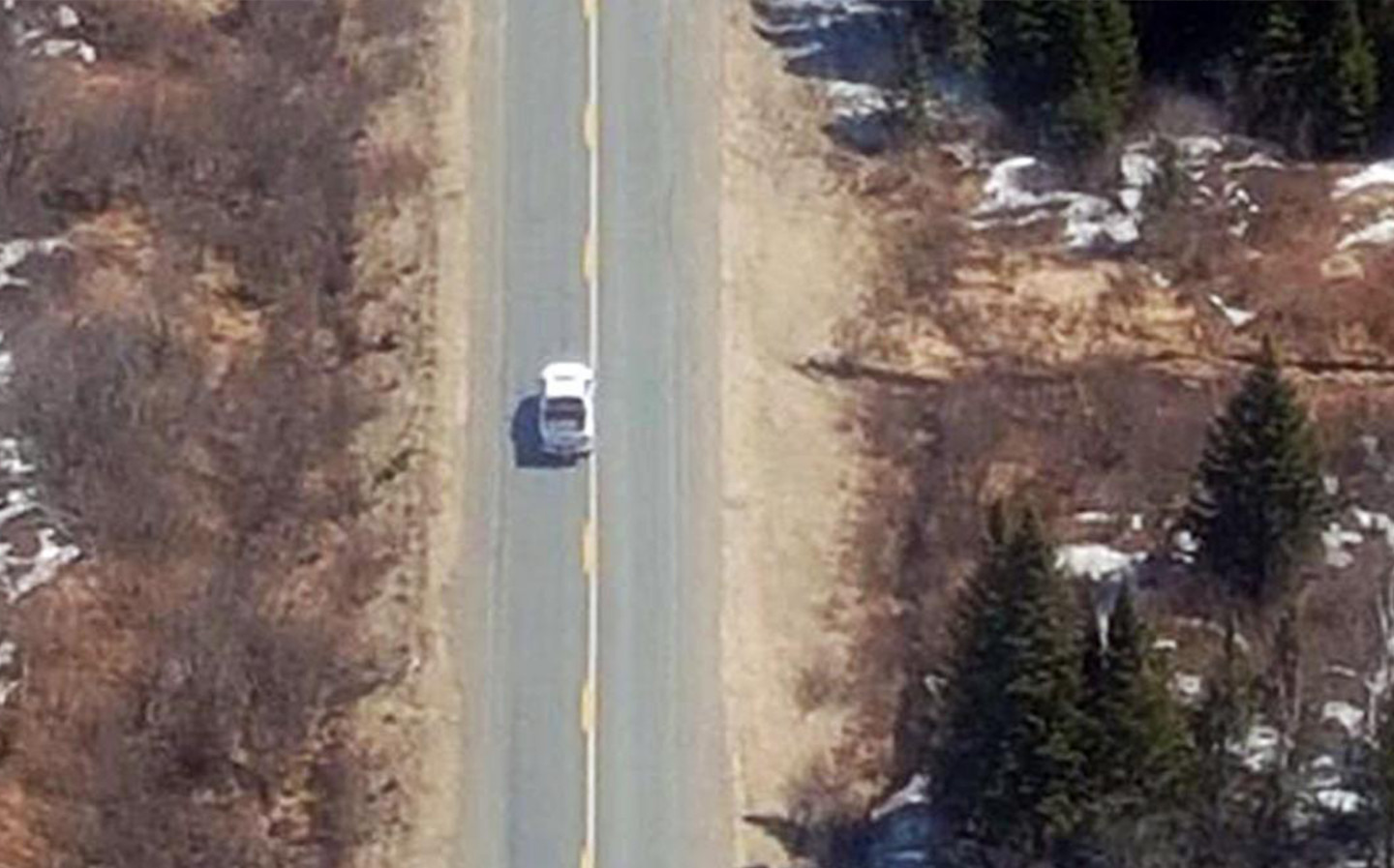 A CAR thief was apprehended after being pursued by a truck owner, who had taken to the skies in his helicopter.

The owner of the 2017 Dodge Ram, Emmanuel Toner, left the engine of the truck running after refuelling at a petrol station in Eastern Canada, while he nipped to the kiosk to get a receipt. When Toner turned back seconds later he witnessed his £57,000 pick-up being driven away.

The 33-year old food store owner took to social media for tips, posting a picture of the truck on the Facebook page of his business. He received information that the thief was heading east towards the town of Renous, in the province of New Brunswick.

After his father suggested borrowing the family helicopter, Toner began searching the area from the air. He spotted the truck travelling at approximately 120mph and informed local police of its whereabouts, who were already searching for the thief. A dramatic police pursuit.

“Flying in a helicopter, you see pretty far,” Mr Toner told The Times. “We hovered above him to tell him, you can run but you can’t hide.”

Police caught the Dodge Ram with a spike belt, but the chase didn’t end there. After attempting to flee with flat tyres, the criminal tried to switch to a police vehicle before being detained.

The alleged thief, Mike Richard Cyr, 37, of Edmundston, New Brunswick, was charged with theft of a vehicle, dangerous operation of a conveyance and flight from a police officer, among other charges. He is reportedly well known to local police.

“On April 20, 2020 around 1.20pm, members of the Perth-Andover RCMP Detachment received a report of a stolen 2017 white Dodge Ram that was taken from the Grand Falls area. Around 2pm, police spotted a vehicle matching the description of the stolen truck travelling on Route 108 in Plaster Rock. Police attempted to stop the vehicle but the driver refused to stop and fled east on Route 108.

“Meanwhile, the registered owner of the pickup truck was conducting an independent search for his vehicle as a passenger in a privately owned helicopter. He was able to call 911 and provide information to police that the truck had changed direction and was now travelling westbound on Route 108.

“A short time later, police deployed a spike belt on Route 108, stopping the pick-up truck. The driver fled into a wooded area and was arrested shortly after, while attempting to steal a police vehicle.”

Toner described the chase as “fun”, but said he is grateful his two small children were not in the car, and used the opportunity to tell people not to leave their children unattended in the car to pay for petrol while the engine is running. We would hope that most people know this already, but a reminder can’t hurt.