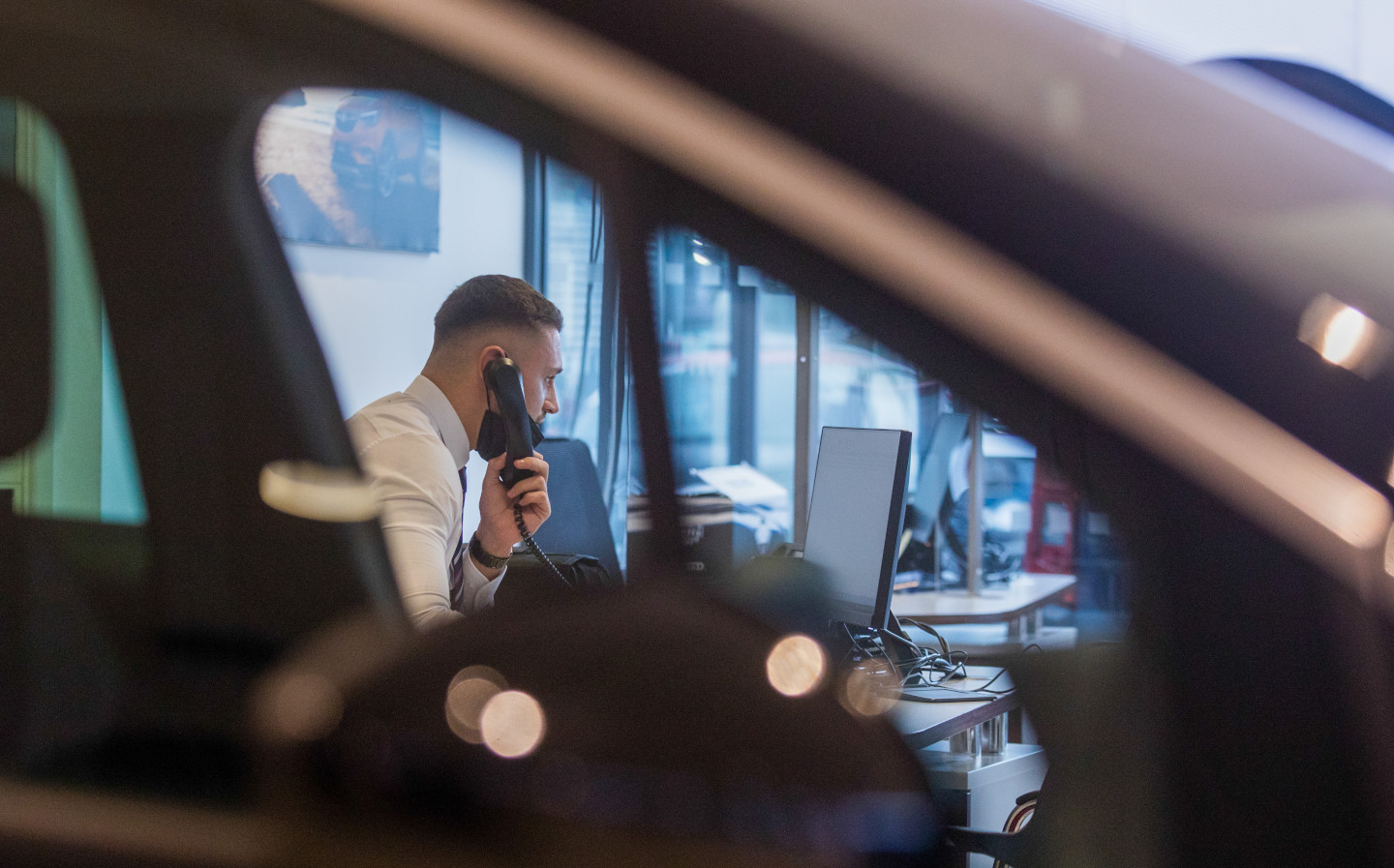 CORONAVIRUS hit new car sales yet again in February, with sales dropping by more than 35% compared to the same month last year according to figures from the Society of Motor Manufacturers and Traders (SMMT).

Although February is traditionally a sedate month for dealerships as buyers hold on for new registration plates in March, last month proved especially dire with showrooms closed across the country as part of the nation’s coronavirus lockdown. In fact it was the worst February for British car sales since 1959, with just 51,312 cars registered.

All vehicle segments fared poorly apart from the comparatively tiny luxury saloon market, which recorded a 3.8% increase in sales. 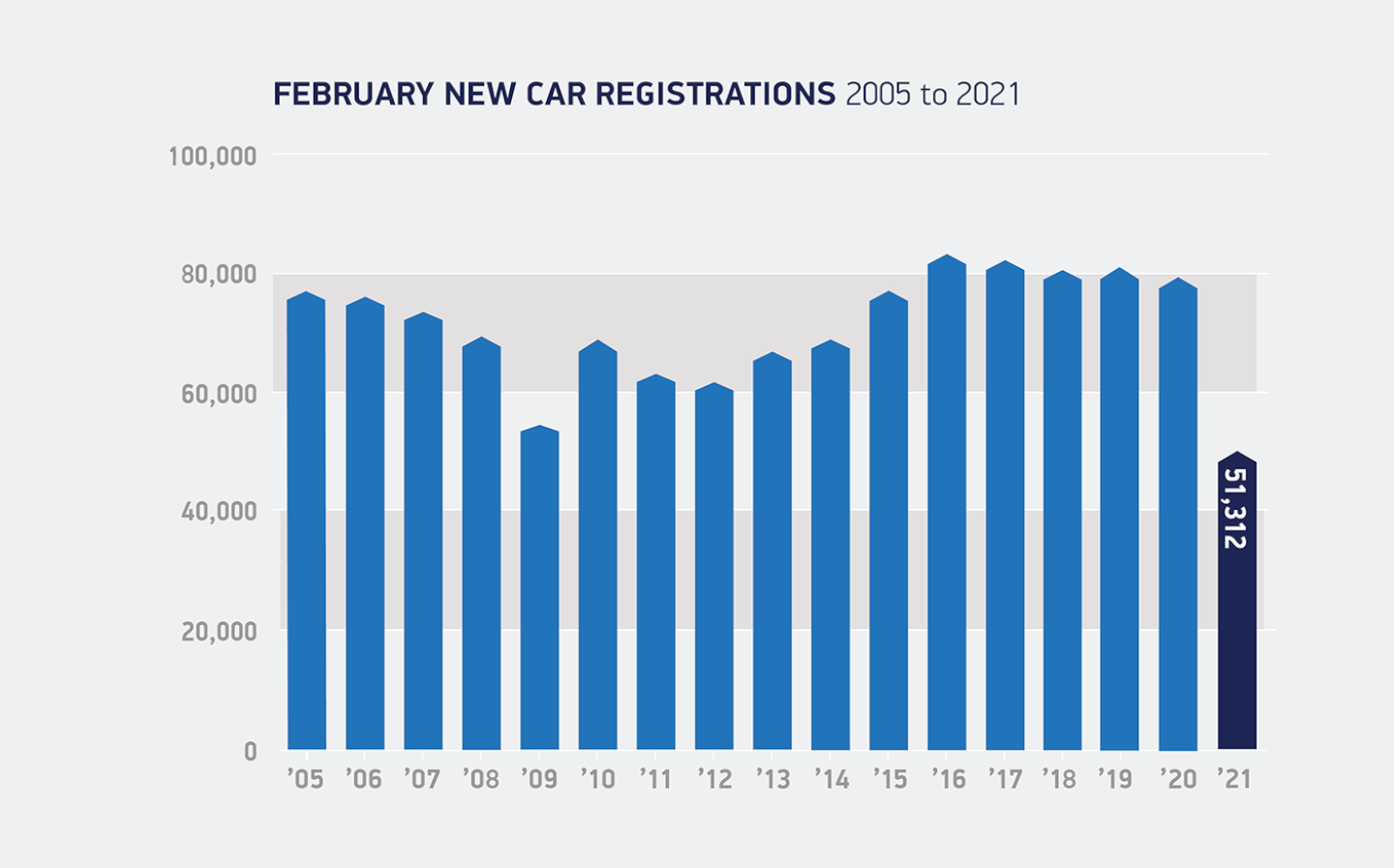 “February is traditionally a small month for car registrations and with showrooms closed for the duration, the decline is deeply disappointing but expected,” said SMMT chief executive Mike Hawes.

“More concerning, however, is that these closures have stifled dealers’ preparations for March with the expectation that this will now be a third successive dismal ‘new plate month’.”

He added that with the rapid vaccine rollout and dealers’ now proven experience with click and collect car sales, showrooms must re-open as soon as possible so the industry can rebuild stronger than before, to recover the £23bn loss over the past year.

The organisation also praised the Chancellor of the Exchequer Rishi Sunak’s announcement that Britain’s furlough scheme would be extended until September, which the SMMT called “vital given the massive fall in vehicle demand”.

As has been the trend during the coronavirus pandemic, the silver lining amid the depressing new sales figures lay in the popularity of electrified cars. Together, pure-electric and plug-in hybrid cars accounted for one in eight registrations in February, compared to one in 17 for the same month last year.

Sales of pure-electric (also known as battery-electric) cars jumped more than 40%, despite the fact that showrooms were open in February last year but closed last month. Meanwhile, plug-in hybrid cars saw an even bigger jump, with an increase of  more than a thousand in February 2021 compared with February 2020. 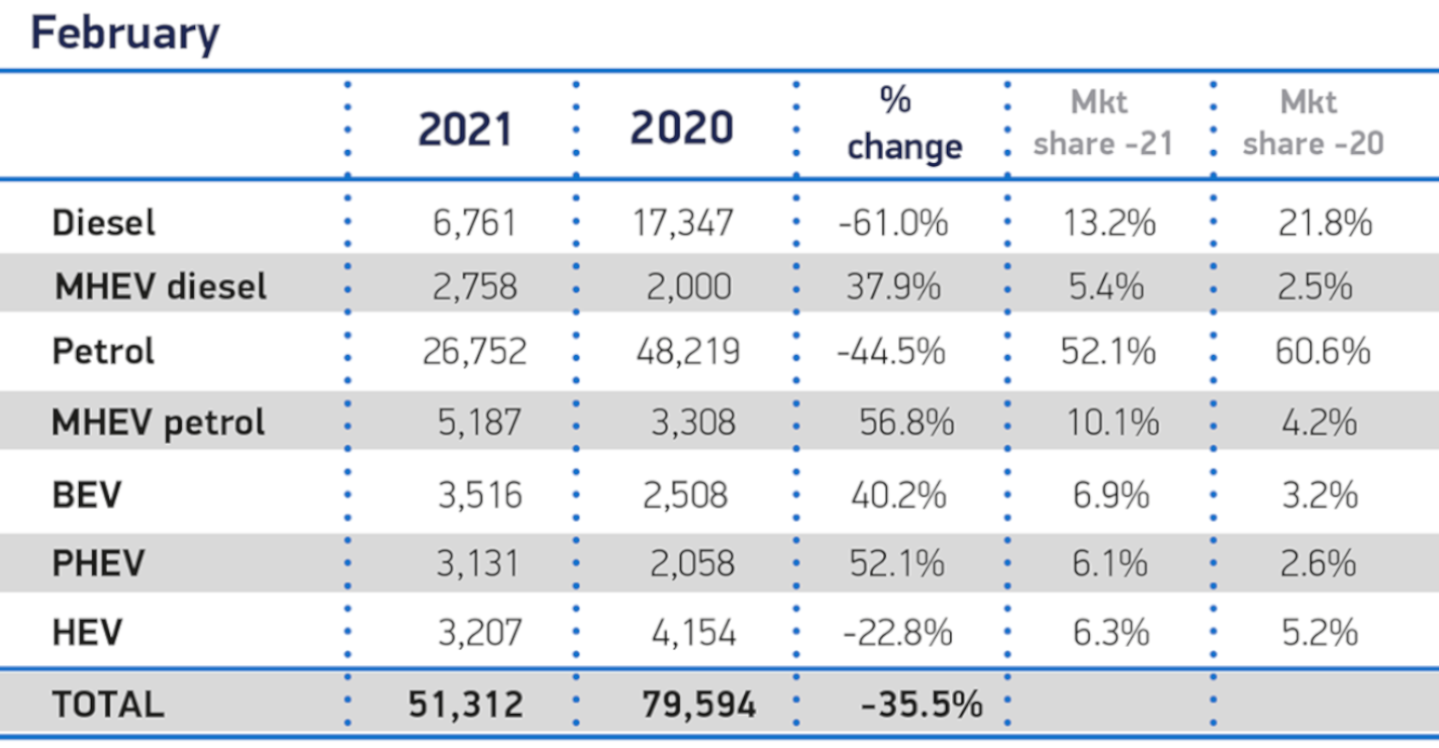 However, the popularity of petrol and diesel mild hybrids (whereby a small electric motor is charged while braking and the energy redeployed through the engine under acceleration, to improve fuel economy) increased by 56.8% and 37.9% respectively.

RAC data insight spokesperson Rod Dennis commented: “With sales of diesel cars continuing to decline and even petrol sales now dipping, it continues to be the plug-in market that bucks the trend – more electrified cars have been sold in the first two months of 2021 than were bought in the whole of 2014, and sales of plug-in and battery-electric cars continue to account for a larger proportion of overall sales than diesels.

“This is mirrored by the breakdowns our patrols are attending, with the proportion of EV call-outs increasing as their popularity grows.”

While February’s figures are undoubtedly disappointing, the car industry is readying itself for the even more disheartening prospect of the third poor-performing new number plate month in a row.

In March 2020, which saw the introduction of the UK’s first lockdown in the middle of the month, sales fell 44% compared to the year before. September 2020, which fell between the first and second coronavirus lockdowns, saw a more modest fall of of 4.4%, though it was still the worst September for car sales since 1999.

This March dealerships will have to keep their doors closed for the month’s duration, with initial opening of showrooms not due to occur until April 12 at the earliest.

Businesses are still able to operate a click-and-collect service but the inability to test drive or even inspect the car before purchase means people are less likely to complete the deal.

Despite the disappointing February and facing another grim month in March, car retail experts remain optimistic regarding the rest of 2021, praising the resilience of dealers during the pandemic and remaining hopeful about the prospect of bottled-up demand.

Karen Hilton, chief commercial officer at heycar, cited a recent report that indicated UK residents have saved tens of billions of pounds during the pandemic.

She said: “As physical sites re-open from April 12, there is also a string of welcome economic indicators that consumer spending will bounce back too.

“The Bank Of England’s recent Monetary Policy Report predicted ‘a sustained recovery’ throughout 2021 and revealed that savers had squirreled away £125bn during the pandemic.

“At heycar we’re seeing strong evidence that car buyers are looking to spend some of these savings.”

“Brexit is firmly in the rear view mirror, the Government has presented its roadmap out of lockdown, dealers will be able to reopen from April 12, and there’s the new ‘21’ reg plate in March to tempt buyers.

“Also, with household spending down over the past year, some consumers will have saved up during the pandemic, allowing them to spend on a new purchase once we come out of lockdown.”

He said: “Crucially the Government’s roadmap out of lockdown has given dealers something to plan for. While their re-opening dates are not set in stone, dealerships at least have the certainty they need to fine tune their sales strategies ahead of the market unlocking.

“The extension of the Business Rates holiday will also give dealers vital breathing space. If the lockdown restrictions are eased on schedule, dealers will be able to re-open safe in the knowledge that they won’t need to pay full rates again until July at the earliest — and this should give them time to get back on their feet before the next bill is due.”