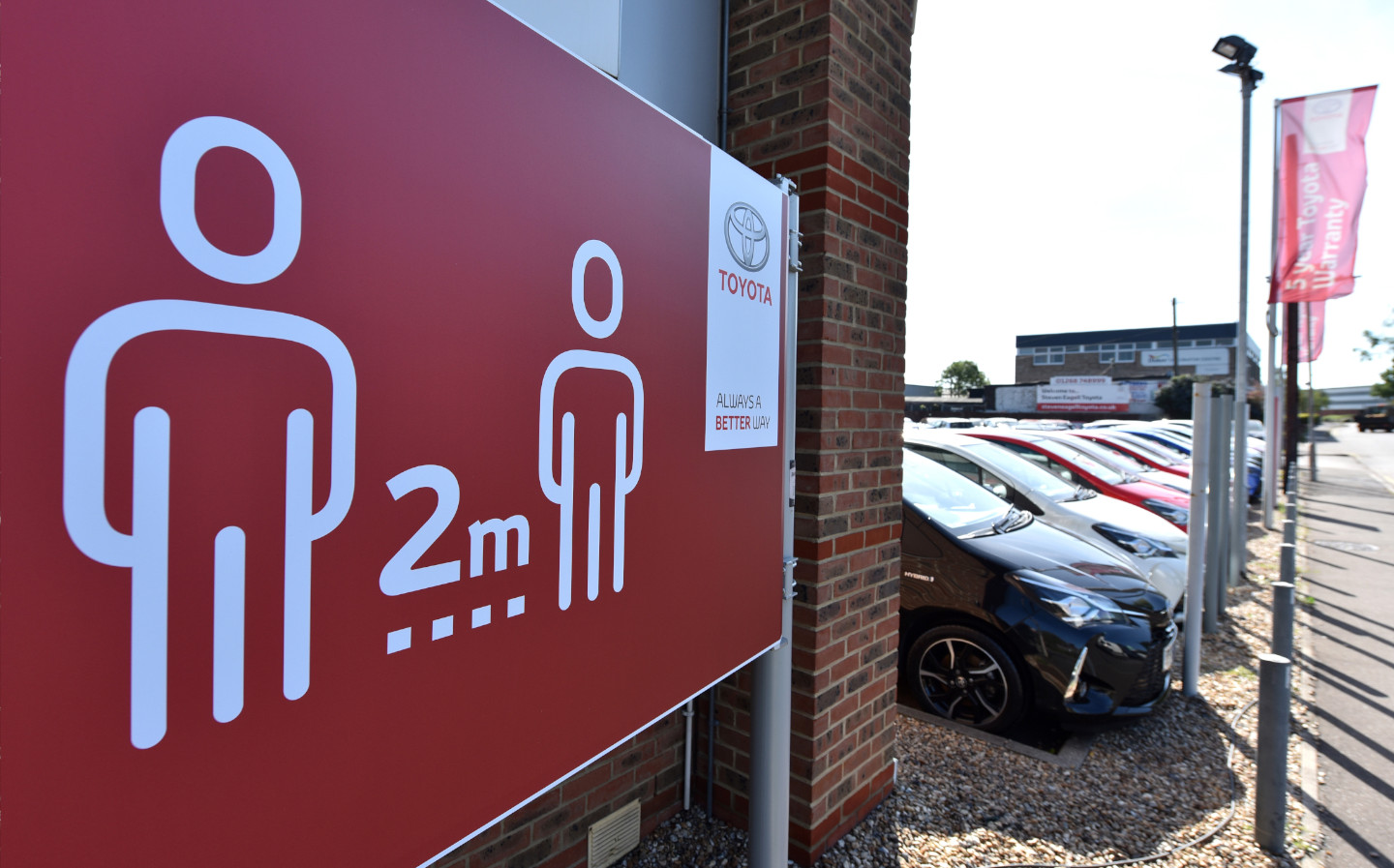 REGISTRATIONS of new cars were down 4.4% in September compared with the same month last year, according to the latest official figures from the Society of Motor Manufacturers and Traders (SMMT).

The 328,041 new cars registered was also 15.8% below the 10-year September average of 390,000, and the lowest since the dual-number plate system was introduced in 1999 (wherein a new number is introduced in September and March of every year)

September is usually a popular month for new car registrations due to the introduction of the new number plate, which goes hand in hand with model upgrades from manufacturers.

The 4.4% year-on-year decrease may not sound as alarming as some of the figures earlier in the year, but registrations were already worryingly low in 2018 and 2019 after new more stringent emissions regulations were introduced, which delayed vehicle certification, causing supply issues. For this reason, some car makers actually saw volumes increase, although this does not detract from the fact that 2020 is the third year in a row where sales have sat well below 400,000 in September, after five years from 2013 to 2017 in which the number were comfortably above that benchmark.

The near-62,000 unit deficit contributes to a loss of 615,000 registrations in 2020 as a whole, largely due to the effect of the ongoing coronavirus pandemic on the manufacturing industry. The SMMT is now anticipating the industry will contract by 30.6% over the course of the year, which is equivalent to a loss of £21.2bn in sales. The trade body has already warned that the situation could be further exacerbated by the looming prospect of a no-deal Brexit.

Mike Hawes, SMMT Chief Executive, said: “During a torrid year, the automotive industry has demonstrated incredible resilience, but this is not a recovery. Despite the boost of a new registration plate, new model introductions and attractive offers, this is still the poorest September since the two-plate system was introduced in 1999. Unless the pandemic is controlled and economy-wide consumer and business confidence rebuilt, the short-term future looks very challenging indeed.”

The same silver lining that has tempered depressing sales figures all year has also proved tenacious, however: the sales of pure-electric vehicles (called Battery Electric Vehicles, or BEVs, by the SMMT) nearly tripled (rising by 184.3%) compared to last year, forging their way to a 6.7% market share, compared to 2.2% in September last year.

This contributes to a 165.4% increase in popularity for pure-electrics in 2020 as a whole, with September accounting for a third of 2020’s BEV registrations. The SMMT also pointed out, however, that the imposed (and comparatively short-term) transition to pure-electrics is “demanding huge investment from the sector.” All new cars sold in the UK must be pure-electric by 2035, and it is possible this will be brought forward to 2030.

A large space in the market has been left by the ever-decreasing popularity of diesel vehicles, whose sales dropped by more than a third (38.4%). Petrol also fell in popularity by 29.1%, making further room into which hybrid power trains have grown — especially petrol mild hybrids, which grew by a staggering 422.1%.

What have experts said?

James Fairclough, CEO of AA cars, said that he foresaw a long road to recovery for the industry: “September is traditionally one of the busiest months in the calendar for dealerships because of the introduction of new plates, and so it’s a great disappointment that there was no increase in sales at a time which usually sees high demand.

“Registrations are down 4.4% on last year, which marks the weakest September since the introduction of the dual number plate system in 1999, and it’s clear that the recovery in the latter part of 2020 is likely to be gradual and inconsistent from month to month.

“Dealerships are frantically playing catch up for the months of sales lost during lockdown. Even though many have made great strides over the summer, the winter months will be decisive in determining how sustainable the momentum is.

Alex Buttle, director of car selling site Motorway.com, commented that variables including unemployment and Brexit could worsen matters: “A reversal in fortunes in the short to medium-term seems improbable, especially with thousands of jobs on the line when the Government’s furlough scheme ends this month. Buying a big ticket item such as a new car will probably be put on the back burner for many people if unemployment becomes a serious UK-wide issue.

“We are also facing a turbulent few months of Brexit deal brokering to add even more uncertainty. The lack of a favourable trade deal will likely harm consumer confidence and may cause more extreme new car supply issues if there are problems at EU borders.”

Karen Hilton, chief commercial officer at heycar, said: “Despite the small month-on-month improvement, consumer confidence is in general, extremely fragile at the moment. Yet there are some positive indicators like the thriving state of the property market in parts of the country. It highlights that, despite the economic outlook, people are still prepared to make large purchases, which is good news for car sales.

“However, localised lockdowns and concern over the future of the economy are playing on everyone’s minds. Throughout the pandemic, the motoring industry has worked hard to adapt to changing consumer behaviour – with innovations across digital and finance offerings alongside Covid-secure physical locations – appearing to pay off.”