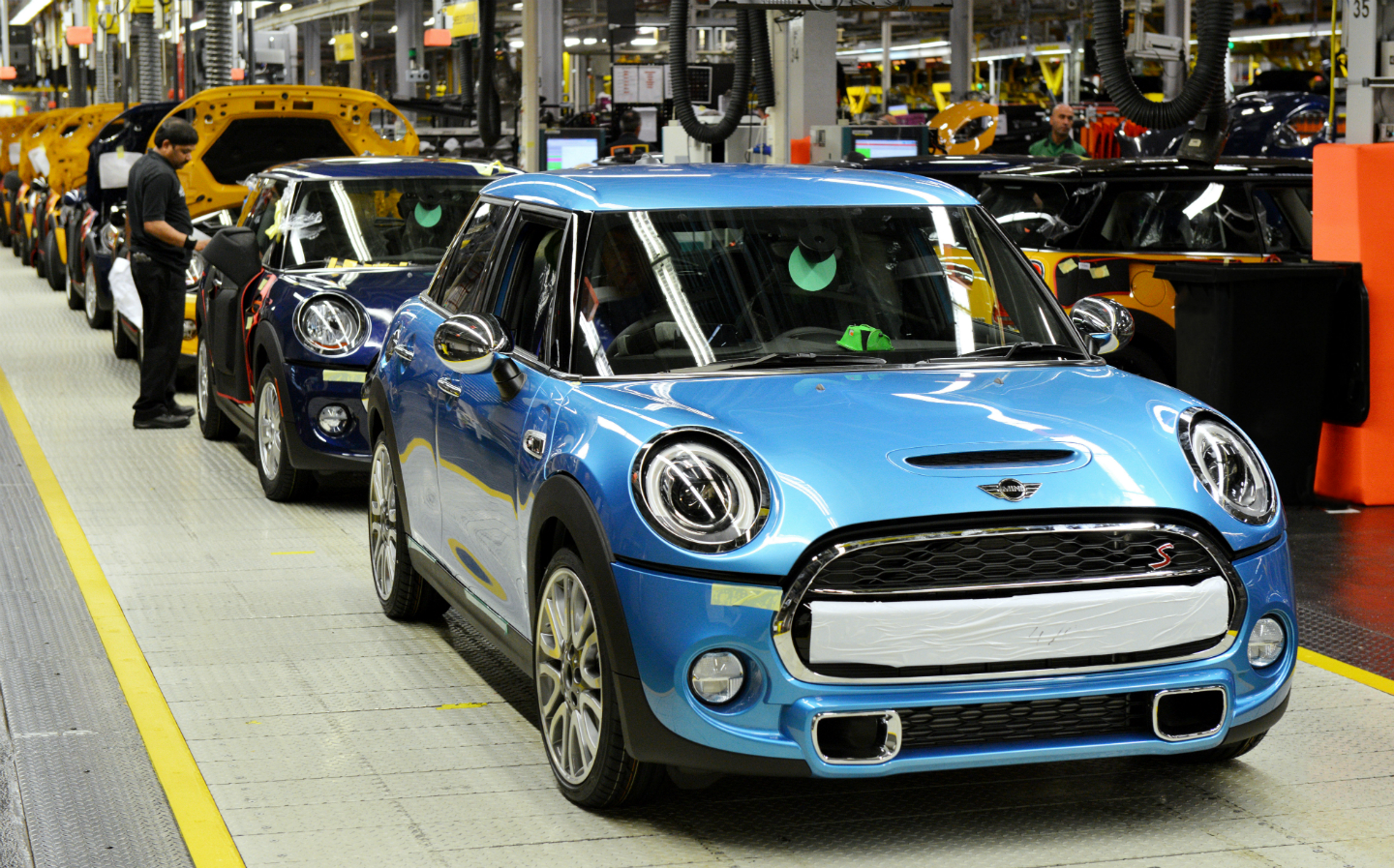 BRITAIN’S car industry body has issued another warning over ongoing Brexit uncertainty, claiming inward investment has “effectively stopped” amid fears the UK could leave the European Union without a deal.

According to the Society of Motor Manufacturers and Traders (SMMT), which represents the UK automotive industry, the amount of money being spent by car makers in the UK has fallen considerably in the first half of 2019 so far. Between January and June this year, investment pledges amounted to £90m — a 70% drop over the sum during the same period last year, which was already 50% lower than what it was during the first six months of 2017.

The SMMT says the average annual investment figure over the previous seven years is £2.7bn.

It’s claimed this fall in investment is at least in part due to the ongoing uncertainty of the UK’s future relationship with the European Union (EU); a market seen as crucial to Britain’s car makers. According to SMMT figures for the first half of 2019, 57% of all the cars built for export in the UK during that time went to the 27 other EU member states.

This drop has been further exacerbated, it says, by other major factors facing car makers, such as overall falling demand for new cars worldwide. It claims these issues are being compounded in the UK by the “substantial cost to industry of no deal Brexit preparations”: the organisation says at least £330m has been spent by its members on means to mitigate the worst effects of a no-deal Brexit outcome, including measures such as securing extra warehouse space to stockpile parts, training staff on new customs procedures and “investing in new logistics solutions”.

Several of the larger car makers also brought forward their planned annual factory shutdown periods to April, to coincide with the UK’s originally expected departure date from the EU on March 29, 2019. Due to the costs involved with these contingency arrangements, the SMMT claims production suspension measures like these “cannot be repeated” if the UK leaves the EU without a deal on October 31 this year.

While the message overall is a gloomy one, the SMMT has once again said the British car industry isn’t necessarily destined for destitution. The body says the “industry’s foundations are fundamentally strong”, and has argued Britain’s car makers could prosper after Brexit if Prime Minister Boris Johnson pursues an “ambitious automotive-focused trade strategy” once the UK is no longer an EU member state.

However, the European Union has said there is no room for further negotiations beyond the one Mrs May negotiated as Prime Minister.

The SMMT also pointed to recent important major investment pledges that have been made so far this year, such as Jaguar Land Rover confirming it will build its new electric cars, including the upcoming pure-electric XJ limousine, in the UK. Earlier this month the government promised to provide a £500m loan guarantee to support this investment.

In addition, MINI has said it will build its electric hatchback at its Oxford plant. Volumes of these electric vehicles will not match those of combustion vehicles, however.

Another blow could come from Vauxhall after Carlos Tavares, the boss of its parent company PSA Group, said production of the new Vauxhall Astra could be moved out of the UK after Brexit, telling the Financial Times that there are alternative plants where the Astra can be built in the event of a no deal Brexit.

If one of these were to be chosen over Ellesmere Port, then the Cheshire factory would most likely close, resulting in the loss of around 1,000 jobs and leaving Vauxhall’s Luton-based van plant as the firm’s last UK production facility.

The SMMT’s chief executive Mike Hawes said: “Today’s figures are the result of global instability compounded by ongoing fear of ‘no deal’. This fear is causing investment to stall, as hundreds of millions of pounds are diverted to Brexit cliff-edge mitigation – money that would be better spent tackling technological and environmental challenges.

“The industry’s foundations are fundamentally strong, however, and we’re ready to work with the new government to build on these through the industrial strategy. We need an internationally competitive business environment to encourage more investment, more innovation and more growth.

“That starts with an ambitious Brexit deal that maintains frictionless trade and we look to the new administration to get a deal done quickly so manufacturers can get back to the business of building cars and helping deliver a brighter future for Britain.”