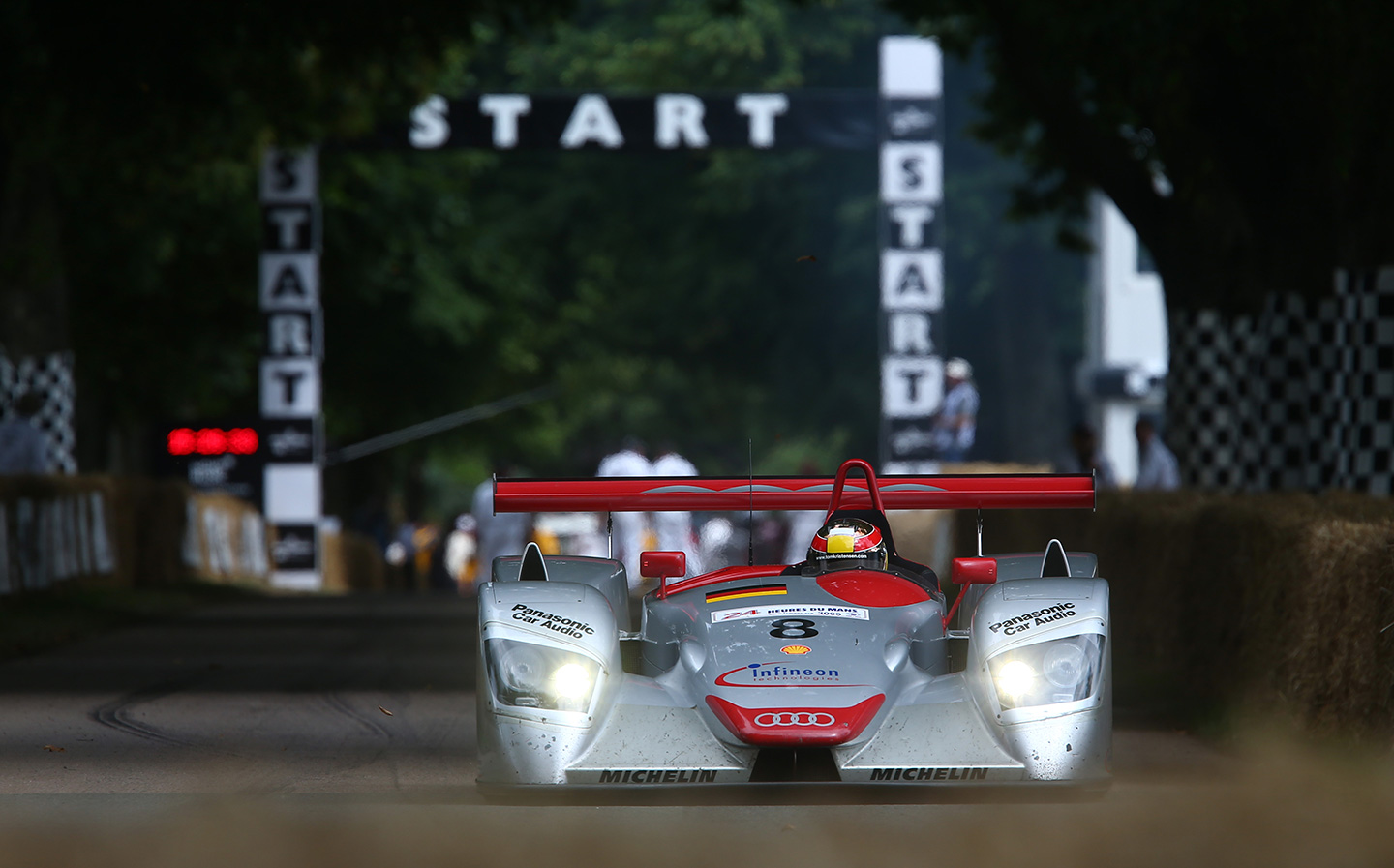 SINCE THE very first running of the event in 1993, the Goodwood Festival of Speed has come an incredibly long way. What began 25 years ago as a potentially risky endeavour has blossomed into one of the world’s premier motoring events that attracts numerous car manufacturers, racing drivers and car enthusiasts the world over.

20 years of Clarkson: the first ever Goodwood Festival of Speed (1993)

With the Goodwood Festival of Speed commemorating many other major anniversaries as well as its own silver jubilee, the 2018 running is anticipated to be one of the grandest and most spectacular yet. Factor in the stunning weather that’s forecast for the rest of the week, the the 25th running of the Goodwood Festival of Speed looks set to be a properly special event.

Unsurprisingly, such a sprawling event is bound to have plenty of car displays to keep you occupied, to the point where there’ll probably be far too much to experience in just one day.

As a result, we’ve condensed the Goodwood Festival of Speed’s fixtures down to a shorter highlights list of aspects you definitely shouldn’t miss out on when you’re there. 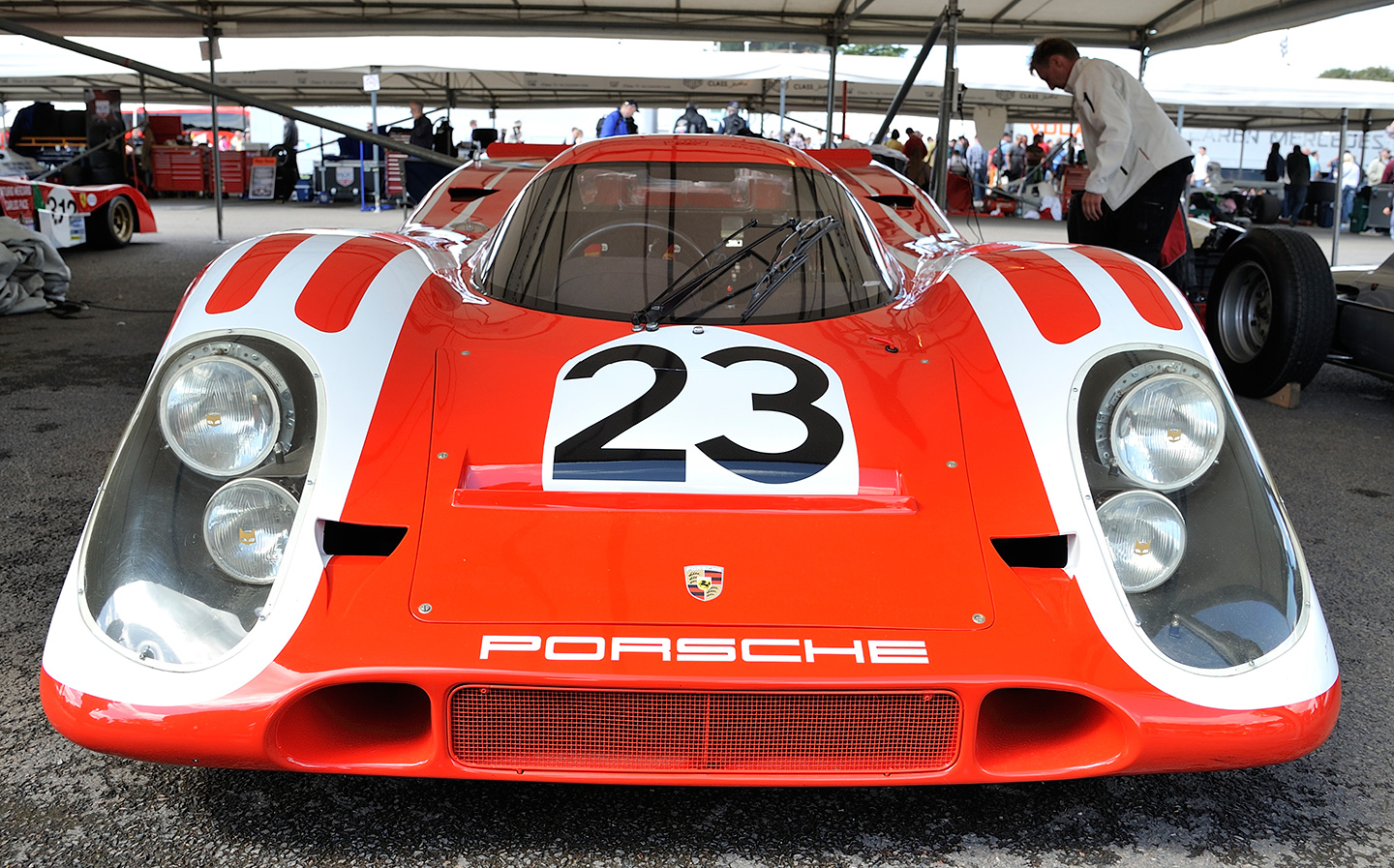 Porsche’s been the focal point of several central displays at the Festival of Speed. 1998 saw Goodwood celebrate 50 years of Stuttgart’s illustrious sports car maker, with the half-centenary of the iconic Porsche 911 marked by the event some 15 years later.

For 2018, Porsche returns to the main display outside Goodwood House again, with this year’s sculpture by Gerry Judah focusing on the firm’s 70th anniversary.

More details on the massive structure will be revealed when it’s official unveiled on the eve of the Festival, but it is known the Porsche 356 (Porsche’s first sports car) will be the highlight. 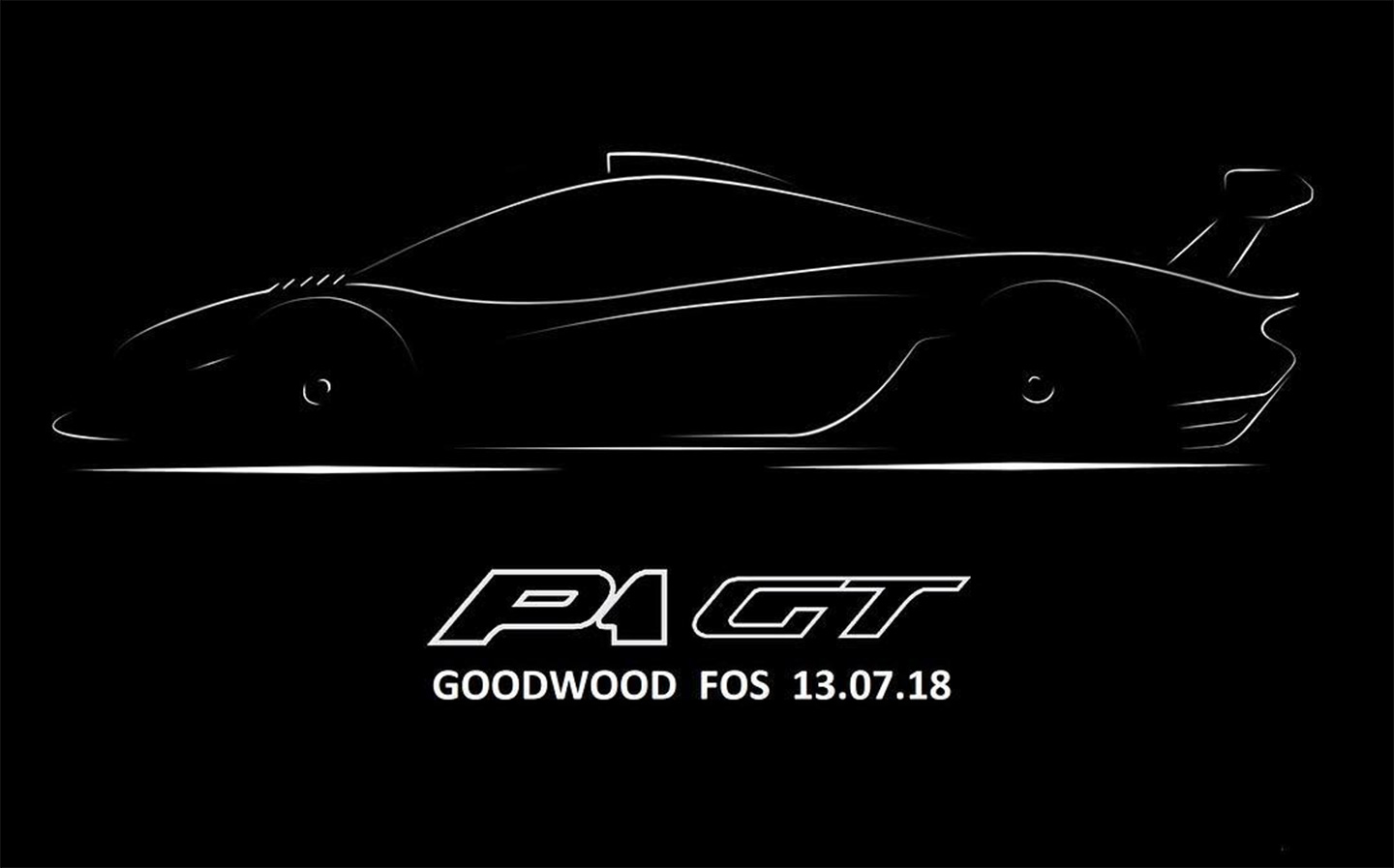 Though London is now back to hosting motor shows regularly, the Goodwood Festival of Speed’s unofficial status as “the world’s greatest car-themed garden party” helps attract many a new car debut to Lord March’s lawns. Courtesy of the hill climb course, many of the cars being shown off there are making their dynamic debuts too — with the likes of the Aston Martin DBS Superleggera, the Brabham BT62, the Polestar 1 and a pre-production Toyota Supra prototype all set to turn a wheel in anger in public for the first time at Goodwood this week.

Some world reveals are scheduled for the Festival of Speed too, with the one we’re looking forward to the most here at Driving being the one-off, McLaren F1 GTR-inspired McLaren P1 GT hybrid hypercar (teaser pictured). Going on past Festival of Speeds, it’s likely a surprise showcase or two will be in store at Goodwood this year too.

Autonomous action on the hill 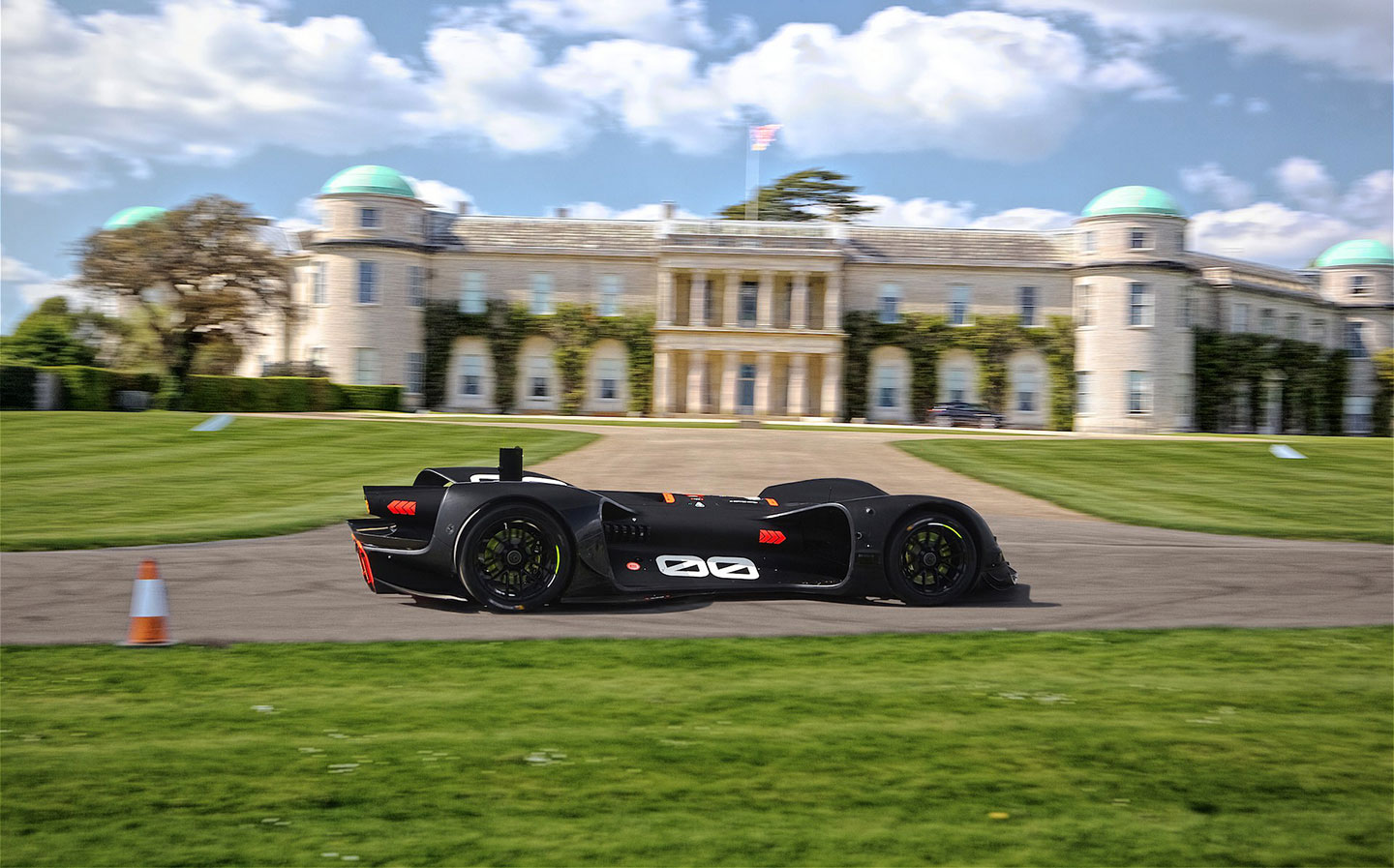 The heart of the Goodwood Festival of Speed is its hill climb course; a narrow 1.16-mile stretch of deceptively challenging tarmac that’s proven time and again to be a mighty test of human and machine.

In the case of the Robocar, the event’s first fully-autonomous competition vehicle to tackle the course, however, it’s perhaps more a test of programmer and sensors. It’ll be fascinating to see how the AI racer will get on where so many of the world’s best drivers have gone before.

With potential new car buyers taking ‘test drives’ on the hill during the Moving Motor Show fixture, for one day only (Thursday) there’s the usual chance to get behind the wheel rather than watch from the sidelines.

Though the flamboyant supercar and racing car runs throughout the weekend are exciting to watch, it’s Sunday’s Timed Shootout that provides the most exhilarating action at Goodwood.

With each entrant vying for the honour of setting the fastest time at the Festival, it’s the best chance to see cars being driven absolutely to their limits.

Plus, with rare, monstrous machines such as the track-only Aston Martin Vulcan AMR Pro confirmed to be participating in the Shootout, you can guarantee some blisteringly quick times will be set this Sunday. 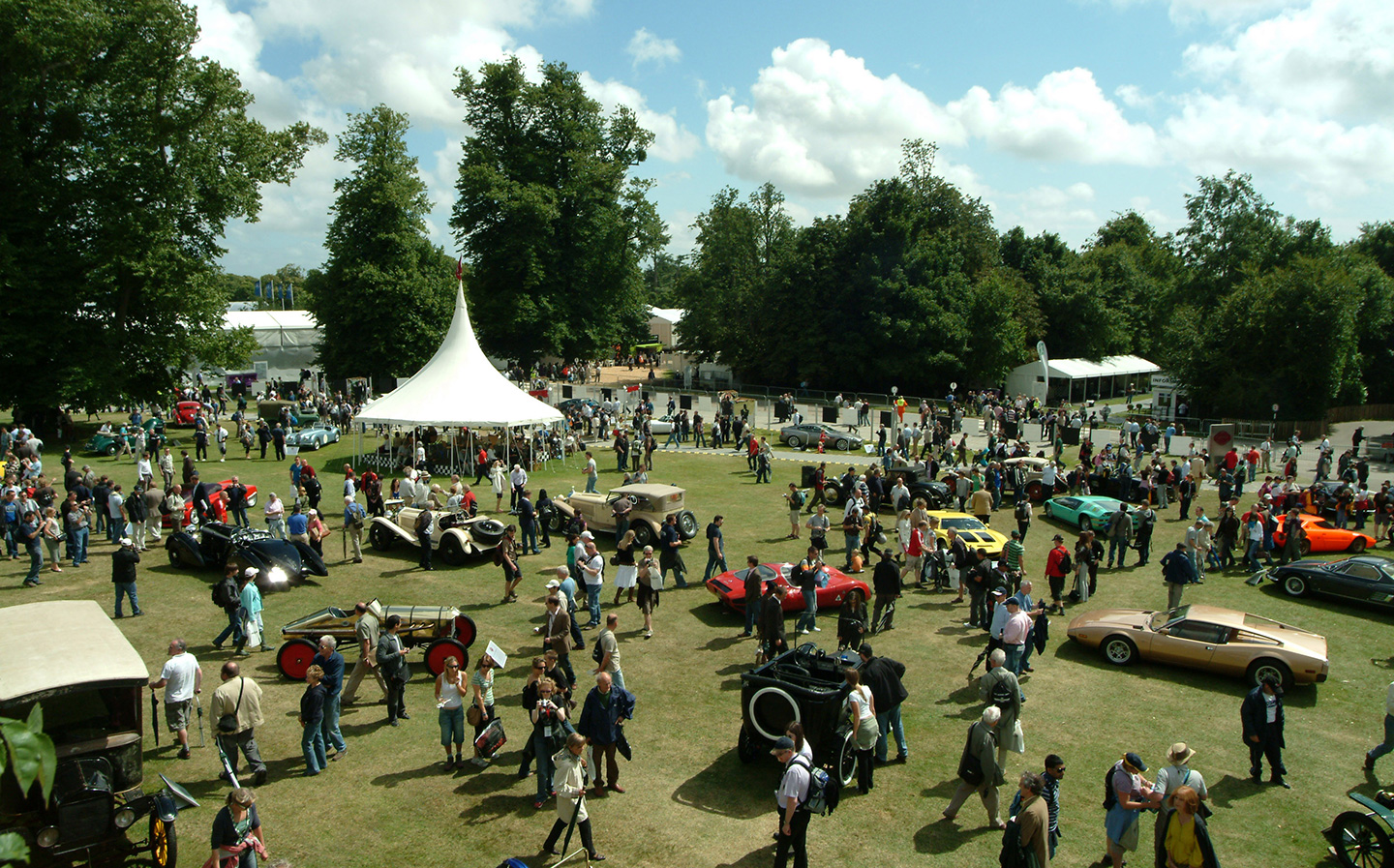 The latest and greatest supercars may be some of the biggest headline grabbers at Goodwood, but there’s still a place for the classics to be given the attention they deserve. Whereas the competition car paddocks and manufacturer displays are impressive, they struggle to hold a candle to the opulence of the Cartier Style et Luxe.

With Goodwood confirming many of the concours cars will be from brands and cars celebrating their 70th anniversaries this year, expect to see pristine condition examples of Citroen 2CVs, XK-series Jaguars and a myriad Land Rovers on display.

It’s also been revealed the ‘tail fin’ car design element (which first appeared on Cadillacs in 1948) will also be celebrated at this year’s Style et Luxe, so don’t be surprised if most of the Cartier Lawn ends up being swamped by chrome-covered post-war land yachts from across the Pond.

Romping through the rally stage 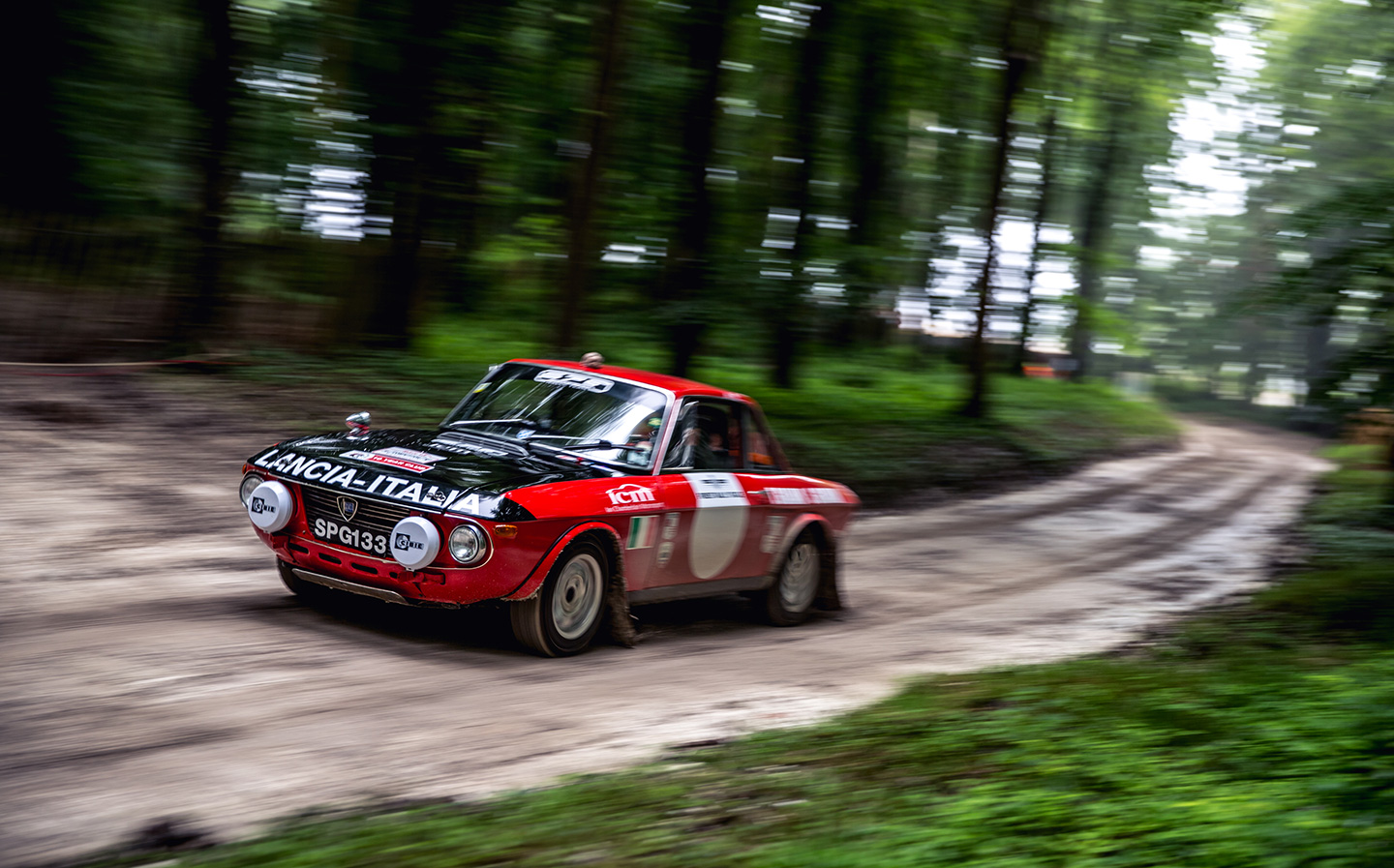 A more recent addition to the Festival of Speed’s repertoire, the Forest Rally Stage has cemented itself as a surefire hit with Goodwood fans who endure the trek from Goodwood House to the woodland off-road route.

Look out for Ford’s WRC rally star Elfyn Evans, esepecially. If all goes well, we might even be able to get together some exclusive in-car footage, too.