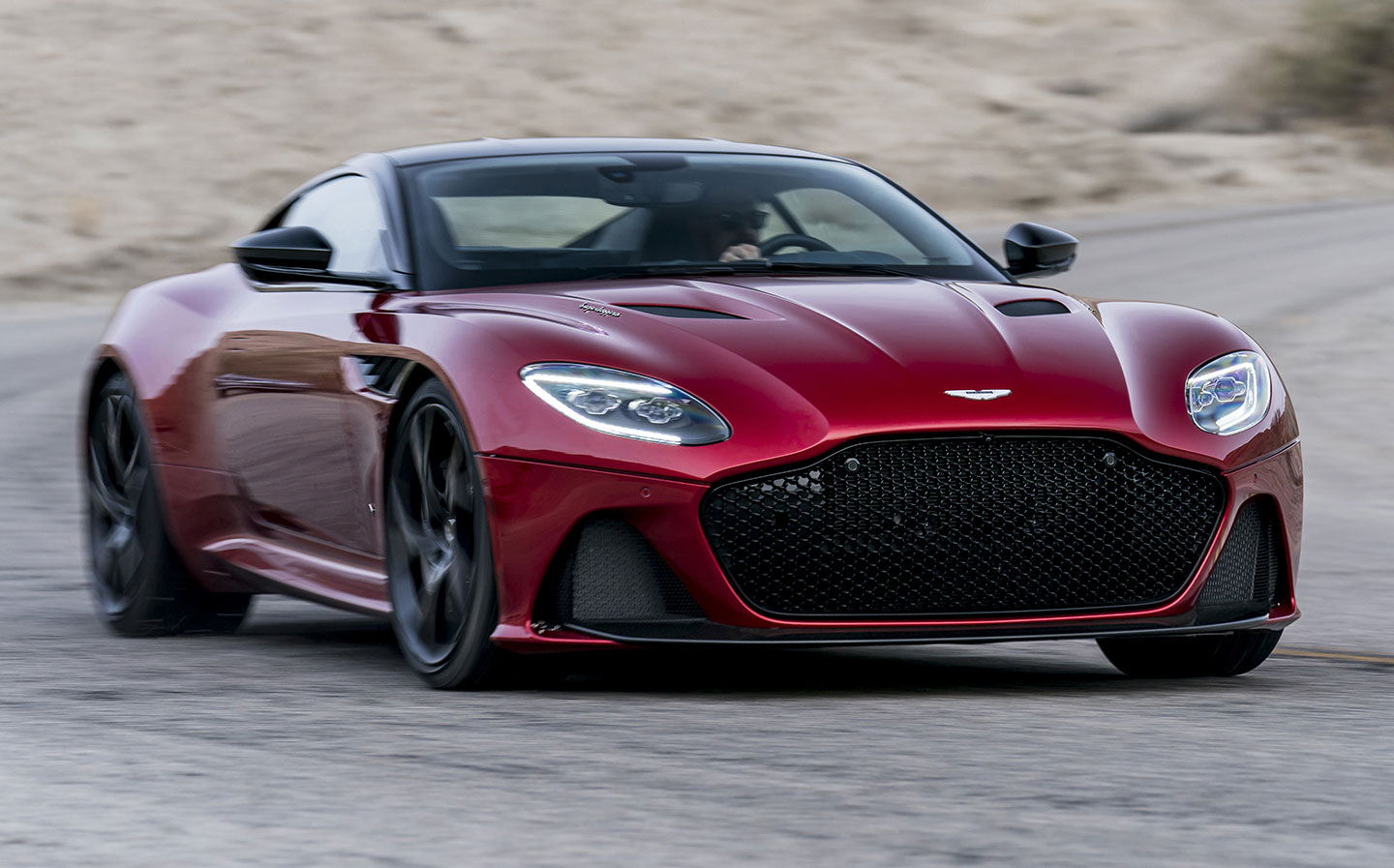 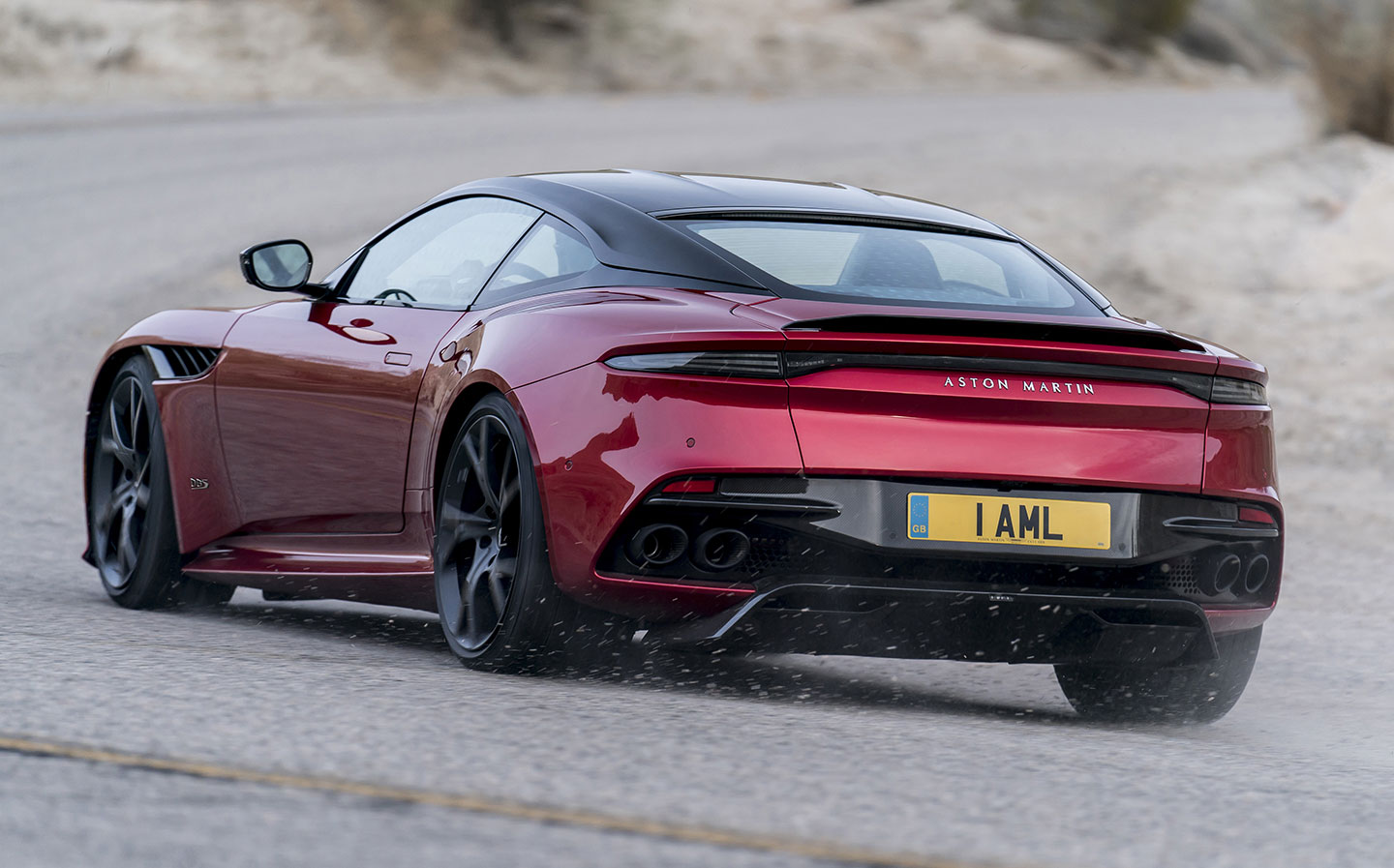 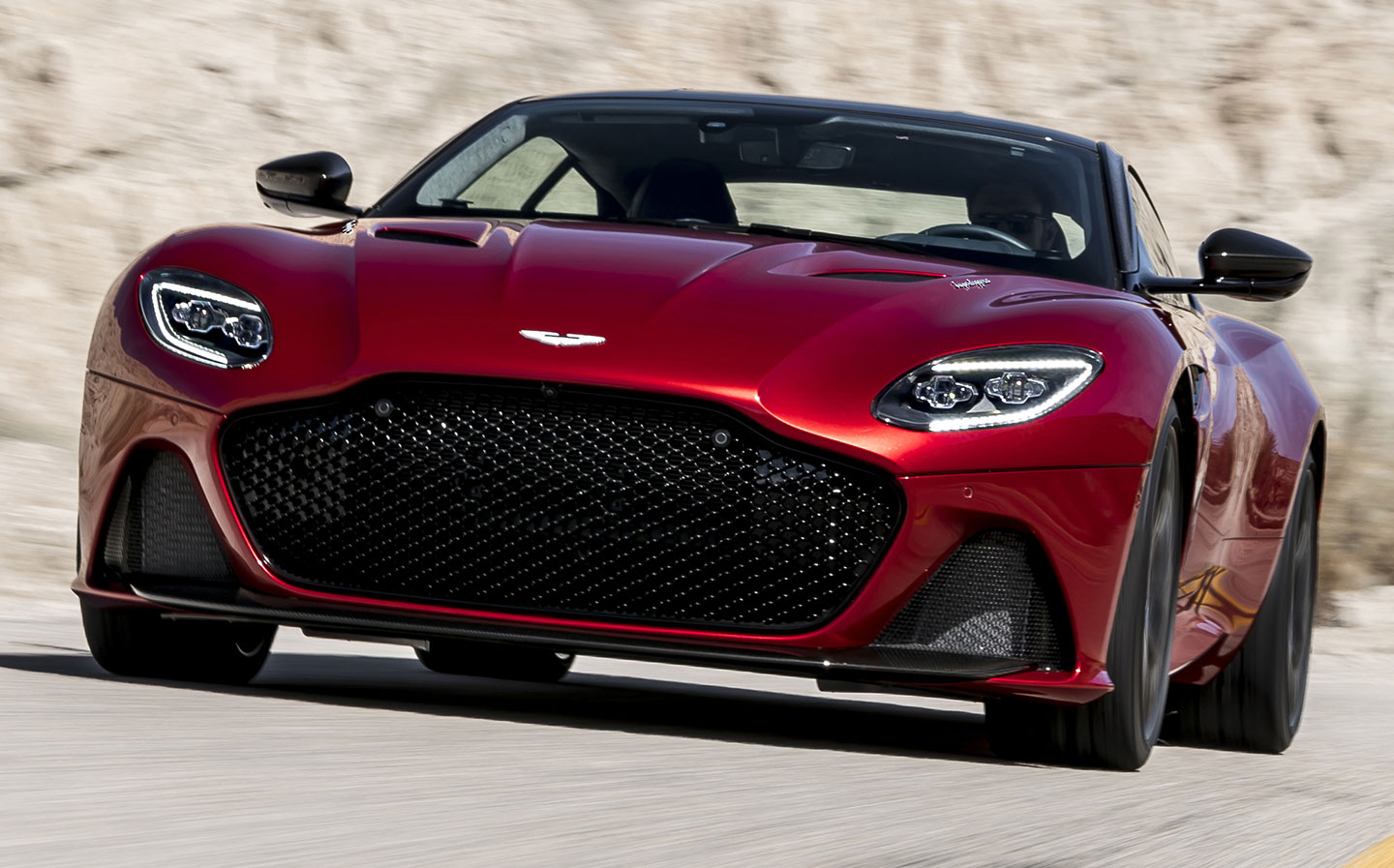 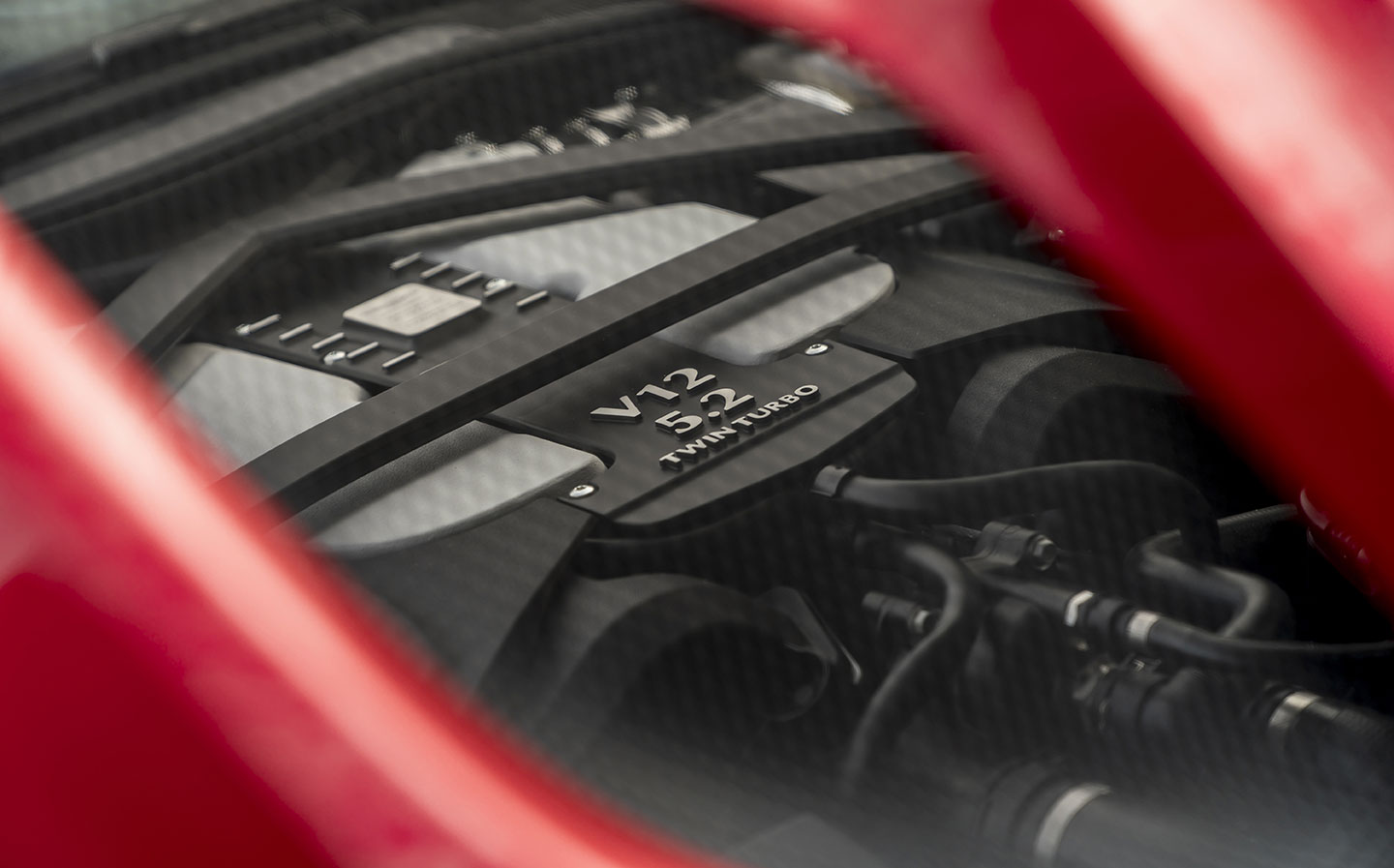 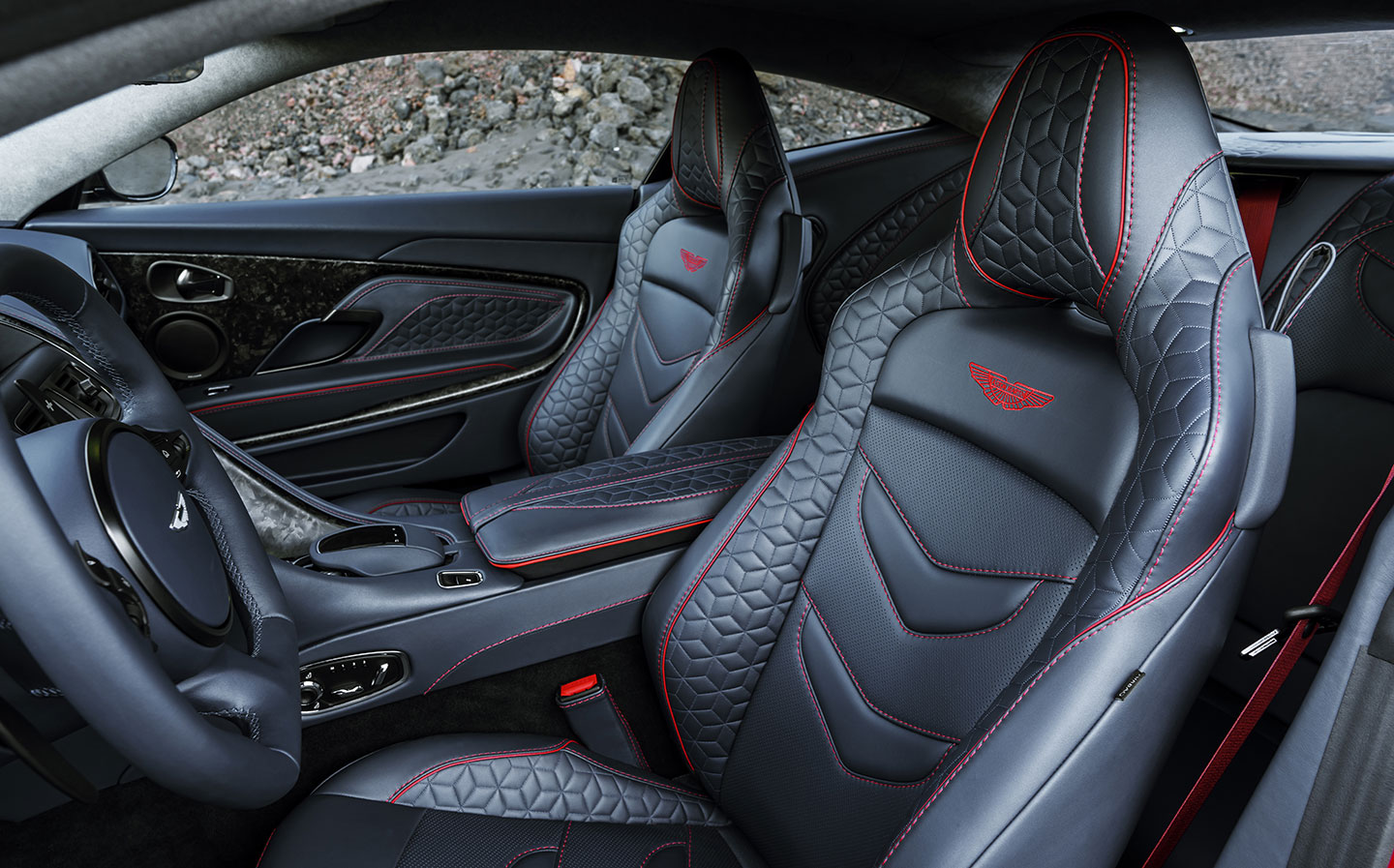 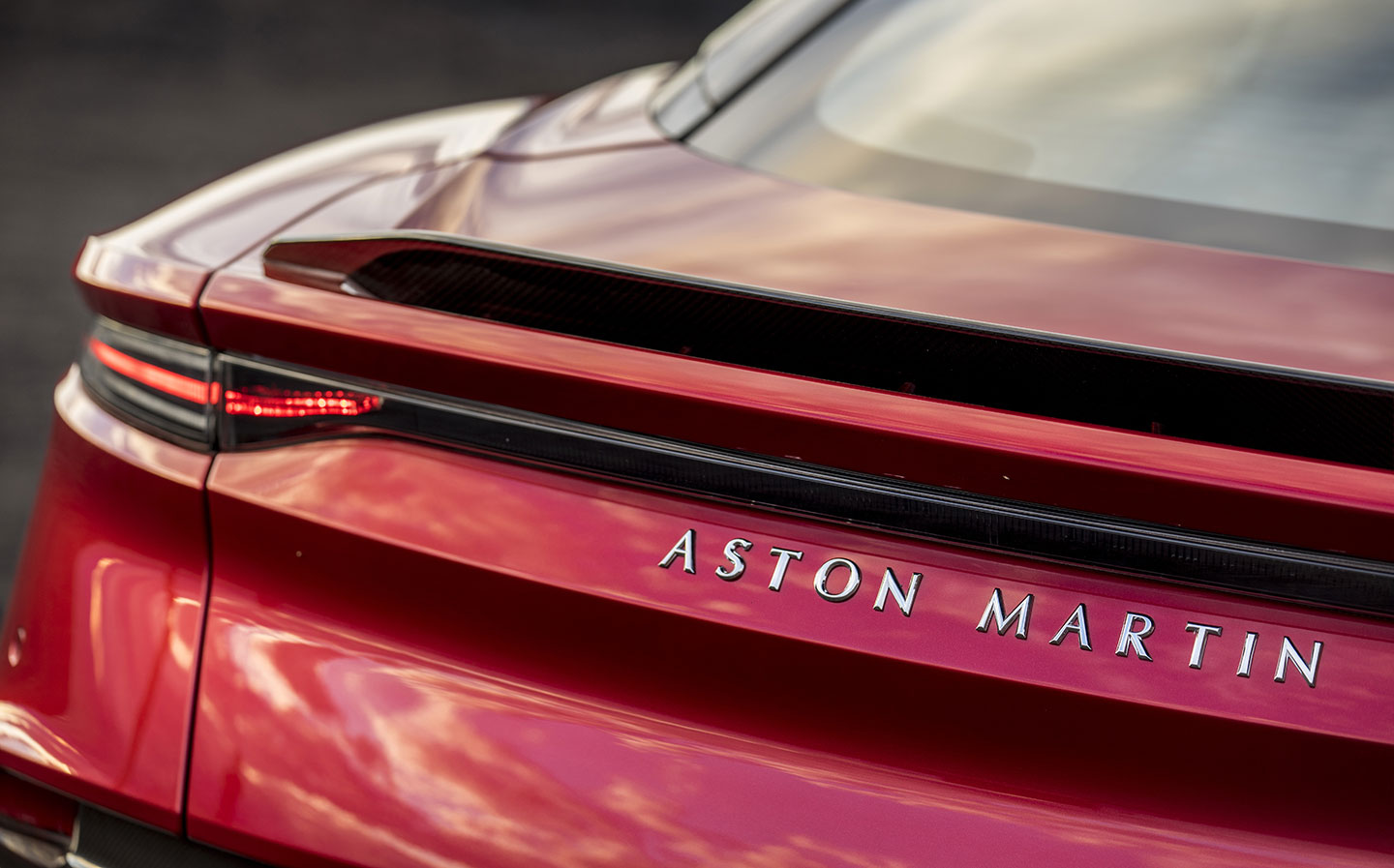 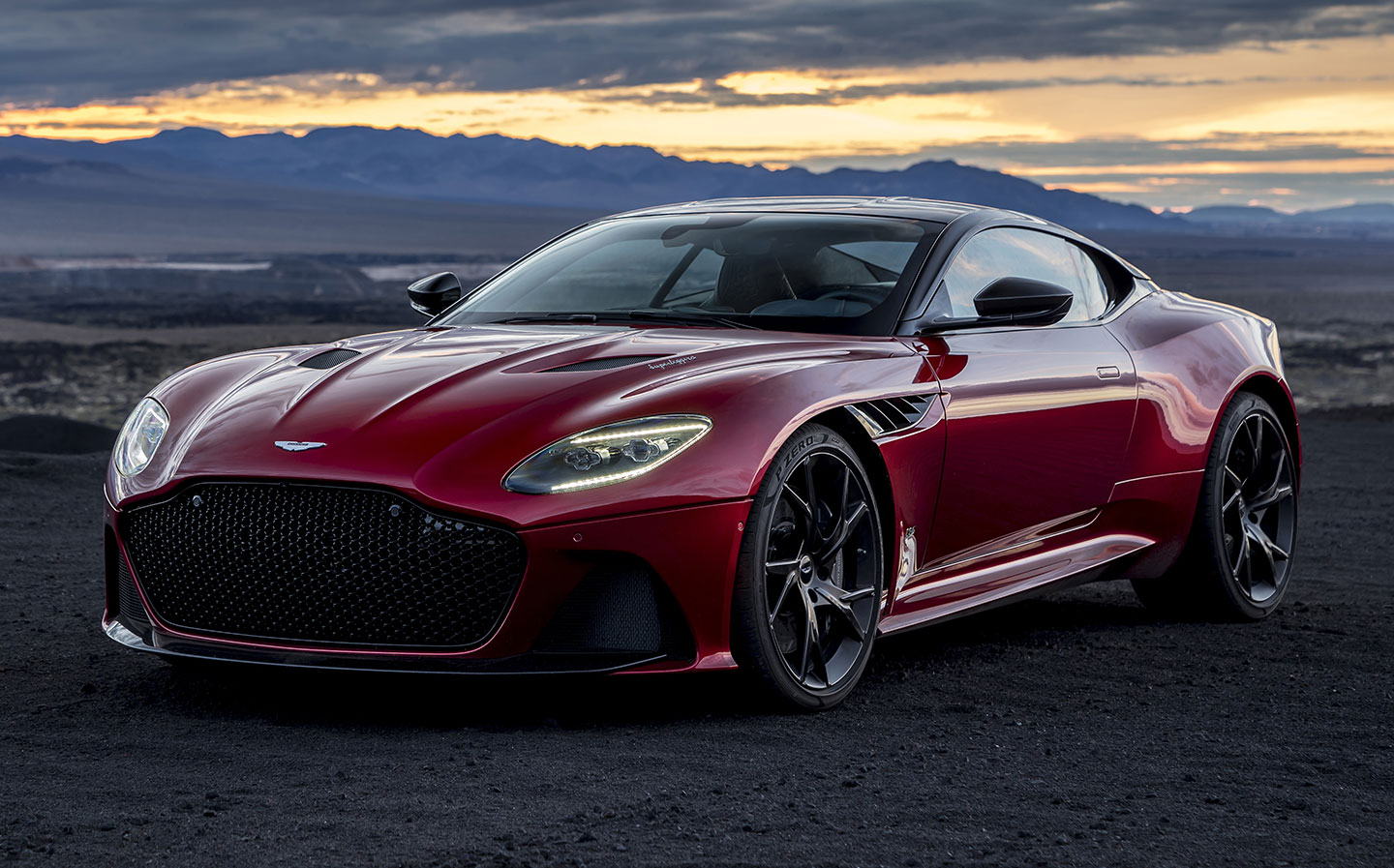 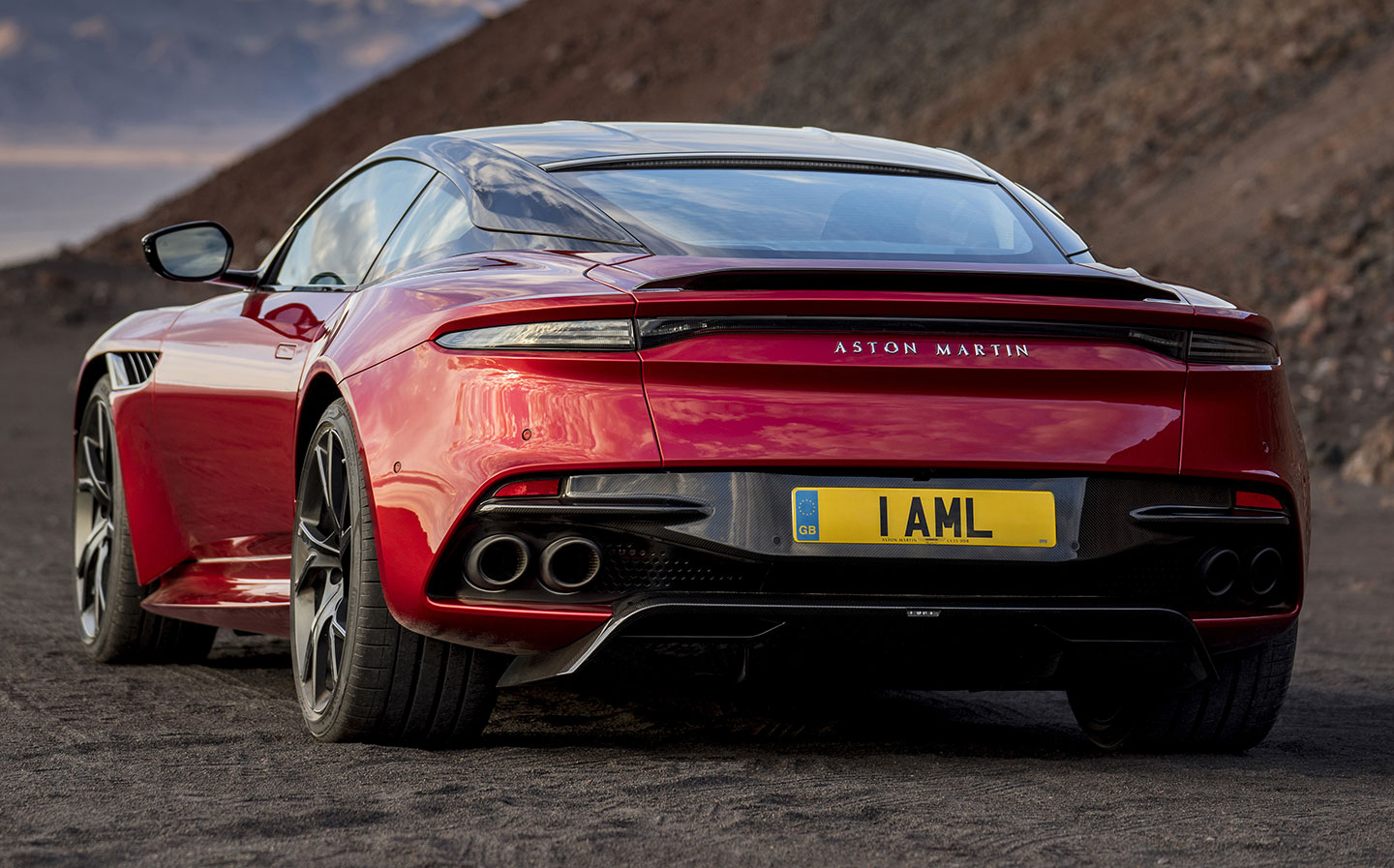 ASTON Martin has revealed its latest attempt to dethrone Ferrari in the sporty grand tourer stakes; the 211mph DBS Superleggera, with a starting price of a quarter of a million pounds.

Derived from the core mechanical parts that underpin the DB11 range, the Aston Martin DBS Superleggera stands out as one of the most extreme cars currently made by the British marque.

A revised 5.2 litre twin-turbocharged V12 engine produces a whopping 715bhp (a big leap up from the DB11’s already strong 600bhp output) and 663 lb ft of torque, with the claimed top speed of 211mph making it the fastest Aston since 2009’s extremely rare One-77.

With so much more poke to deal with, Aston Martin has re-engineered the car’s 8-speed gearbox so that it can cope. Further assisting power delivery are the sticky new Pirelli P Zero tyres, which have been developed specifically for the Aston Martin DBS Superleggera.

Befitting of the Superleggera badge, the car also adopts quite a few weight saving measures. A healthy dose of lightweight materials mean it tips the scales with a dry weight of 1,693kg, which is 100kg less than the recently-revealed Aston Martin DB11 AMR but a bit portly in comparison with the 800bhp, 1,525kg Ferrari 812 Superfast.

Though the mechanical changes are numerous, it’s the styling cues that help differentiate the Aston Martin DBS Superleggera from other cars in the Aston Martin range. Most of these aesthetic additions, though, do have a purpose: the bonnet vents and colossal front grille help cool the powerful V12 engine, and the F1-style double rear diffuser helps the car generate 180kg of downforce; the highest yet from any series production Aston Martin road car.

That’s not to say there aren’t any styling flourishes, however. Revised head and rear lights help to further differentiate the DBS Superleggera from the DB11, and the DBS is also the first Aston in many a moon to not feature the winged Aston Martin emblem on the boot lid.

The Aston Martin DBS Superleggera is available now at a starting price of £225,000, with the first deliveries set to commence sometime during Q3 2018.