SIR JACKIE Stewart dubbed the Nürburgring Nordschleife the Green Hell — even before Niki Lauda was nearly burned alive on the former German GP track in the Eifel Mountains. Now Aussie F1 driver Daniel Ricciardo has reportedly said he would be too scared to race at the infamous 14-mile-long track after trying it out, and apparently, nearly crashing trying it in a road car.

He should have been there a week before. In biblical rain (half a foot an hour was falling at one point) and partly in the dark, the mountain track that has become the defacto benchmark for most new car tests, hosted the Nürburgring 24 Hours.

Imagine (the better known) Le Mans 24 Hours with jumps, blind bends and 100-ft trees for secondary crash barriers. It is more rally stage than race track and, for the 24 Hours, rammed full of cars and drivers of worryingly varied capabilities.

“It is so far from the pits we carry cash for a cab, a rain jacket and an extra mobile phone if we need to call for summon help,” says former F1 driver Tiago Monteiro, whose Formula One career netted a podium for Jordan at the controversial 2005 United States GP, in which teams using Michelin tyres decided not to compete, for safety reasons.

Monteiro normally races a Honda Civic Type-R in the World Touring Car Cup. He used a similar Type-R in an attempt to repeat his class win in the Nürburgring 24 hours. With a fraction of the power and speed of some cars, an outright win would be impossible. 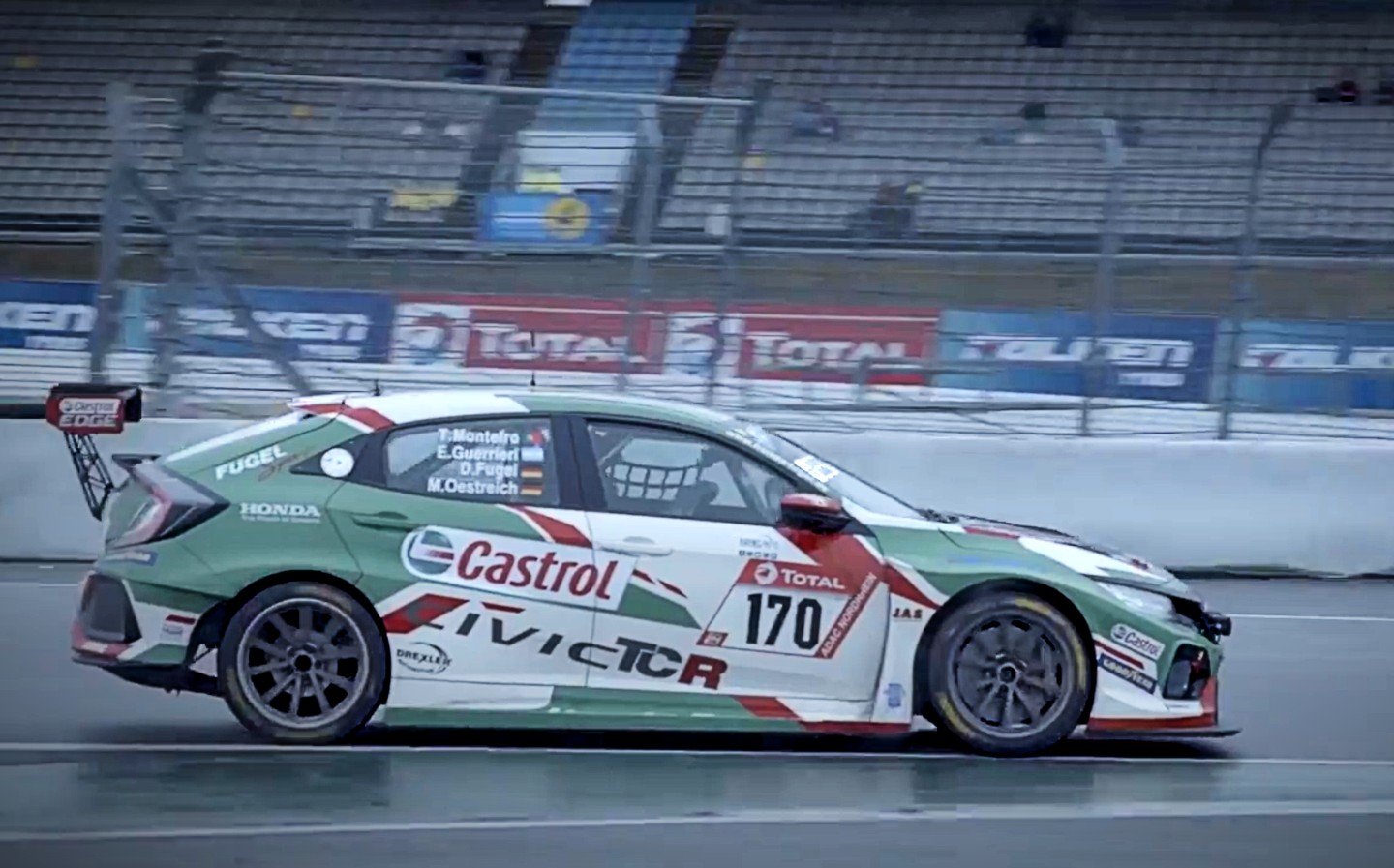 “There is not a big difference between my Civic and the road car,” Monteiro, 44, says as he straps in for the relentless day and night of attrition. “Adding a roll cage is a must of course.”

I was with Monteiro to make a documentary on the gladiatorial world of endurance racing. As a taster, the film you can see on Driving.co.uk gives a flavour of how hellish the racing is. Especially when the heavens open.

Maybe someone can share the film with Daniel Ricciardo…

Senna producer behind new Formula One series for Netflix

Formula One great Sir Jackie Stewart and his son Mark, a film producer, on dyslexia, driving fast and death