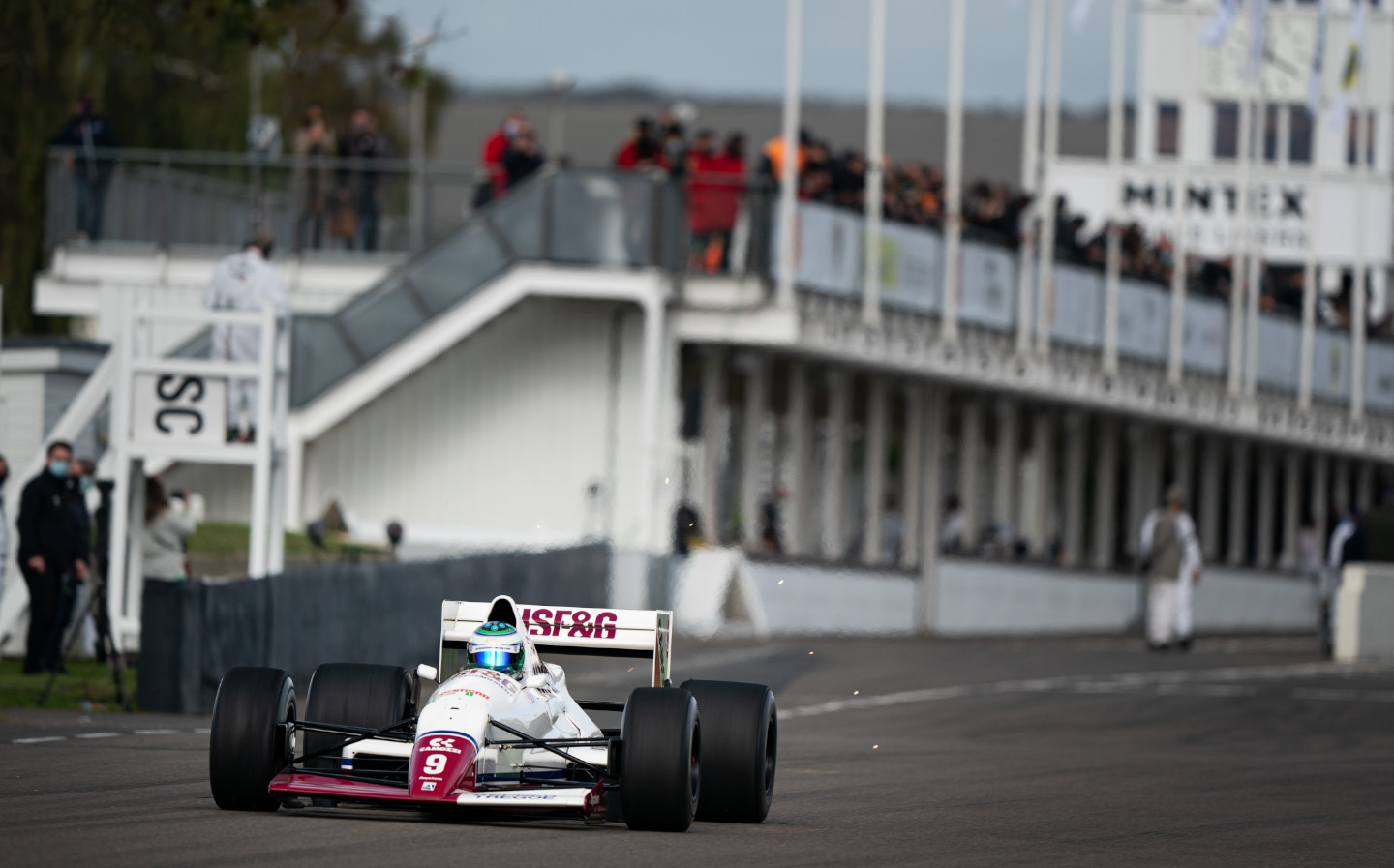 A CLASSIC Formula One car driven by Nick Padmore has broken the outright circuit record at Goodwood Motor Circuit.

Padmore set the fastest time of 1:09.973 in the Shootout today but that time wasn’t quite as quick as his record time of 1:09.914, which he managed during Shootout Qualifying at Goodwood Speedweek yesterday.

The 1989 Arrows-Ford A11 F1 car that Padmore was pedalling beat the previous circuit record of 1:18.271 — also set by Padmore, in a Lola T70 Spyder at Goodwood Member’s Meeting five years ago — by more than eight seconds.

The A11 was designed by F1 legend Ross Brawn, the technical director at Benetton and Ferrari during Michael Schumacher’s period of dominance in the 1990s and 2000s, and of course the man behind the Brawn F1 car that won the championship with Jenson Button in 2009.

The Arrows was driven in the 1989 F1 world championship by Derek Warwick (pictured below at the 1989 Monaco GP) and Eddie Cheever, with the latter achieving a podium finish in it at that season’s US Grand Prix. It was the team’s first car after the 1988 ban on turbocharged engines, and is kitted out with a 3.5-litre naturally aspirated V8 from Ford. 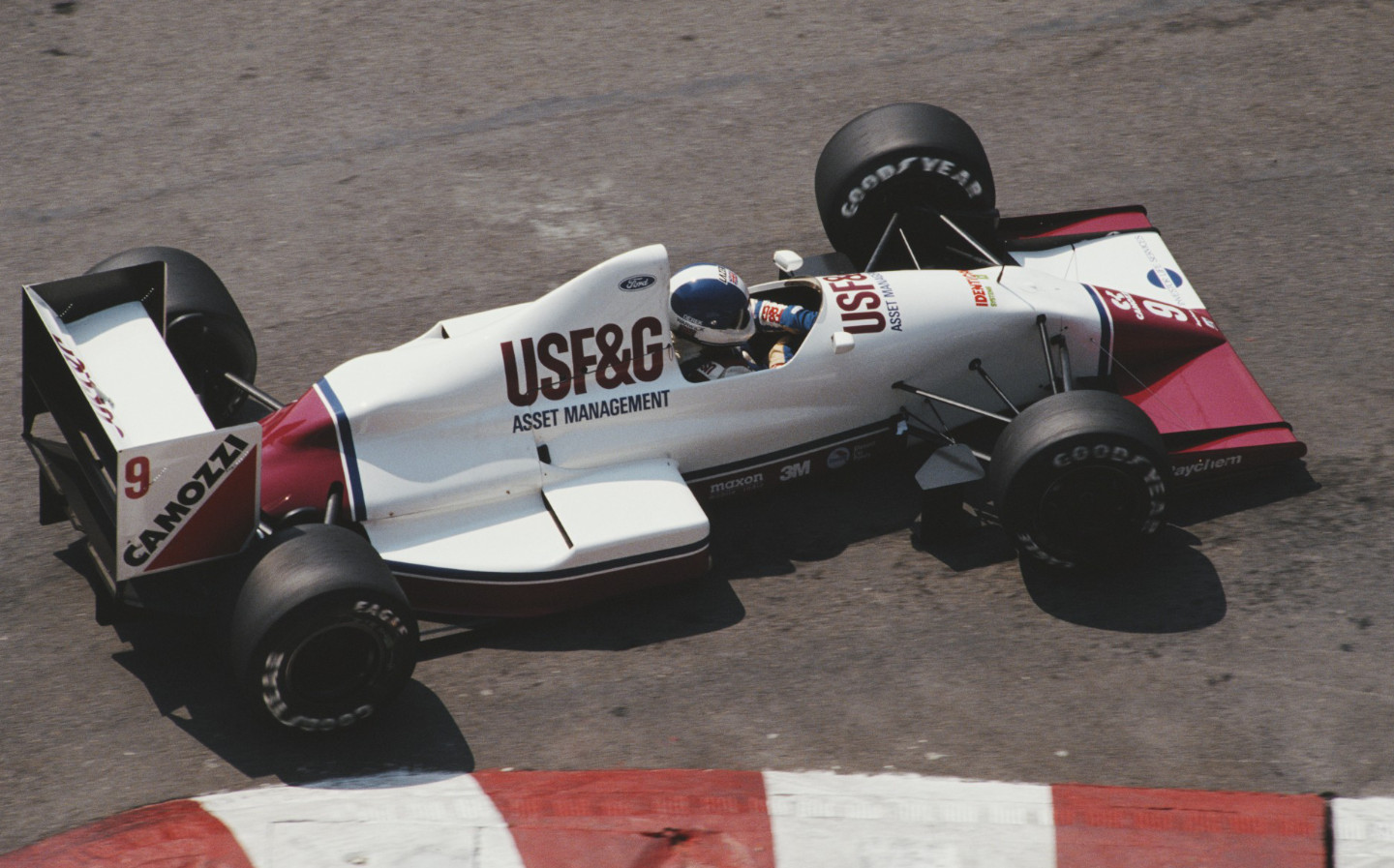 Asked by the Goodwood TV crew for his thoughts on the fastest lap, Padmore said: “I can’t remember, it was that fast. It was amazing.”

It’s worth noting that the time cannot be classed as a “lap record” due to the fact that it wasn’t set during a race.

Padmore beat several more modern cars this afternoon, by a large margin. In second place was the 2001 Dallara SP1 Le Mans prototype, driven by James Cottingham, around a second and a half slower than the A11. In third was the stunning Lotus-Cosworth 77 F1 car, as raced by Mario Andretti in 1976, which was driven today by Marco Werner who put in a 1:14.324 lap.

Goodwood’s events this year have been something of an anomaly when compared with its usual fare. Amid the forced cancellation of its most popular events, the Festival of Speed and the Goodwood Revival, it decided to take the best elements of both and roll them into Goodwood Speedweek, a new event. Unfortunately it has not been open to the public, but there has been some stellar virtual coverage over the weekend, hosted on Goodwood’s website as well as on ITV this afternoon.

Volkswagen was expected to show up with a 30-strong posse and its ID.R electric hillclimb racer to attempt a circuit record, after two-time Le Mans winner Romain Dumas set an unofficial hillclimb record at last year’s Festival of Speed. However, the company decided to withdraw from the event at the last minute due to the increasing levels of coronavirus in the UK.

That left no shortage of worthy contenders, though, with drivers using free practice sessions across the weekend to prepare for the Sunday afternoon event. Blisteringly fast times were set in free practice sessions, including a 1:18.248 lap by Gordon Shedden in an Audi R8 LMS on Friday, as well as a lap just a tenth of a second slower by Harry King in a Porsche 911 Carrera GT3 Cup.

VW ID.R electric racer has broken another track record – and the onboard footage is spectacular