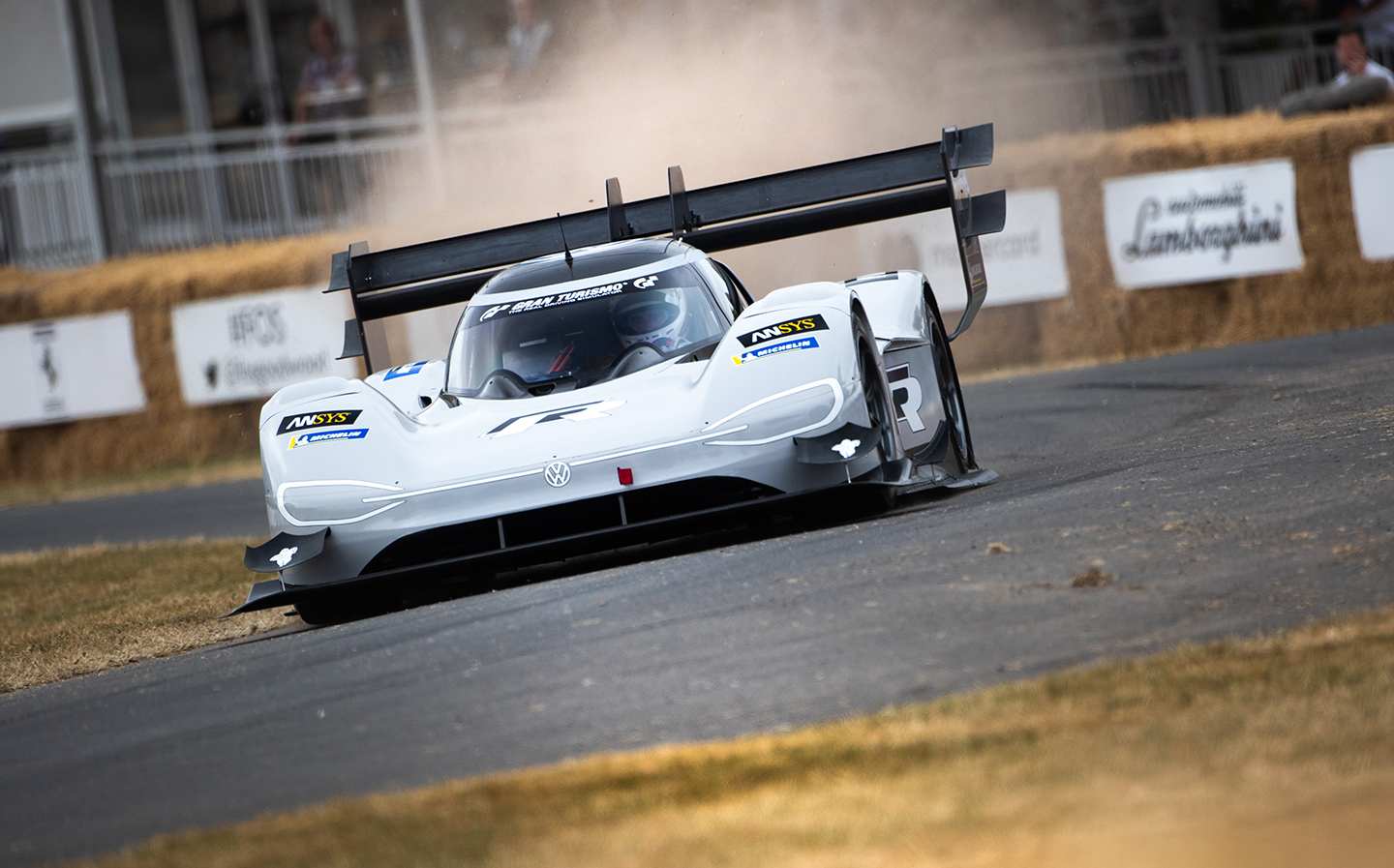 OVER THE last 26 years, the Goodwood Festival of Speed has seen many a phenomenal car roar its way past Goodwood House in the event’s timed runs. From pre-war Grand Prix veterans to the latest and greatest road and racing cars, some very special machines have been put through their paces on the 1.16-mile course.

These are the five fastest cars that have ever gone up the hill at the Festival of Speed.

2018 seemed to mark a changing of the guard at the Goodwood Festival of Speed: for the first time in the event’s history, the fastest car up the hill would be a pure-electric vehicle. While Peter Dumbreck was ultimately beaten in the Sunday Shootout by Romain Dumas in the Volkswagen ID.R (keep a note of those names for later), his Nio EP9 was punchy enough to finish runner-up that year; becoming the fastest-to-date production car up the Goodwood Hill Climb course in the process.

In 2009, Justin Law set a blistering time in the Jaguar XJR8/9, a mighty Group C sports prototype powered by a huge 7-litre V12 engine. It’s great to see this car getting extra limelight at Goodwood, though; although it won the driver and manufacturer titles in the 1987 World Sportscar Championship, it missed out on victory at the Le Mans 24 Hours, the crown jewel of endurance racing.

When the 2002 British Hillclimb Champion Graeme Wight Jr rocked up to the following year’s Goodwood Festival of Speed, many expected a quick time from the driver. Few would’ve expected him to get so close to the outright record, though — but that’s exactly what Wight Jr did when he completed his run of just 42.9sec in a Gould GR51 hillclimb-special.

With car technology advancing at a never-ending rate of knots, performance records don’t normally stay still for long. It’s testament to just how incredible Nick Heidfeld’s Goodwood hill climb run in 1999 was, then, that the time he sat was the fastest ever seen at the Festival of Speed for 20 years.

Behind the wheel of the McLaren MP4/13 with which McLaren comfortably won the 1998 Formula One World Championship, Heidfeld went on to set a blisteringly quick time of just 41.6 seconds, at an average speed of just over 100mph.

Though the record has since been beaten, Goodwood’s ban on F1 cars setting timed runs means there’s a very good chance that Nick Heidfeld’s record won’t be broken by another open-wheel racing car for the foreseeable future.

Having clinched the outright electric car record the previous year, Romain Dumas and Volkswagen returned to Goodwood in 2019 with their eyes set on breaking the overall course record. Poor weather meant they couldn’t set the new fastest time during the Sunday Shootout, but Dumas and the ID.R managed to smash Heidfeld’s time during Saturday qualifying, with the first ever sub-40sec hill climb run at the Goodwood Festival of Speed.

Confusingly, a Goodwood spokesperson told Driving.co.uk the 39.9sec time was “unofficial”, as it was set during the Qualifying session, but later changed this position, saying that any timed session over the weekend is eligible to contest the overall Hill record.

The top 10 fastest cars at Goodwood Festival of Speed

Nick Heidfeld may have until recently held the Goodwood hill climb record, but one car and driver combo did manage to pip the Mclaren driver’s time way before Dumas and Volkswagen blew away the competition in 2019.

As the ban on timed runs for F1 cars was in place ahead of 2002, though, Allan McNish’s incredible drive isn’t officially recognised as the Goodwood Festival of Speed’s fastest ever hill climb attempt in an open-wheel racing car.

These days, F1 cars aren’t timed up the hill and instead are left to do spectacular burnouts to please the crowds.