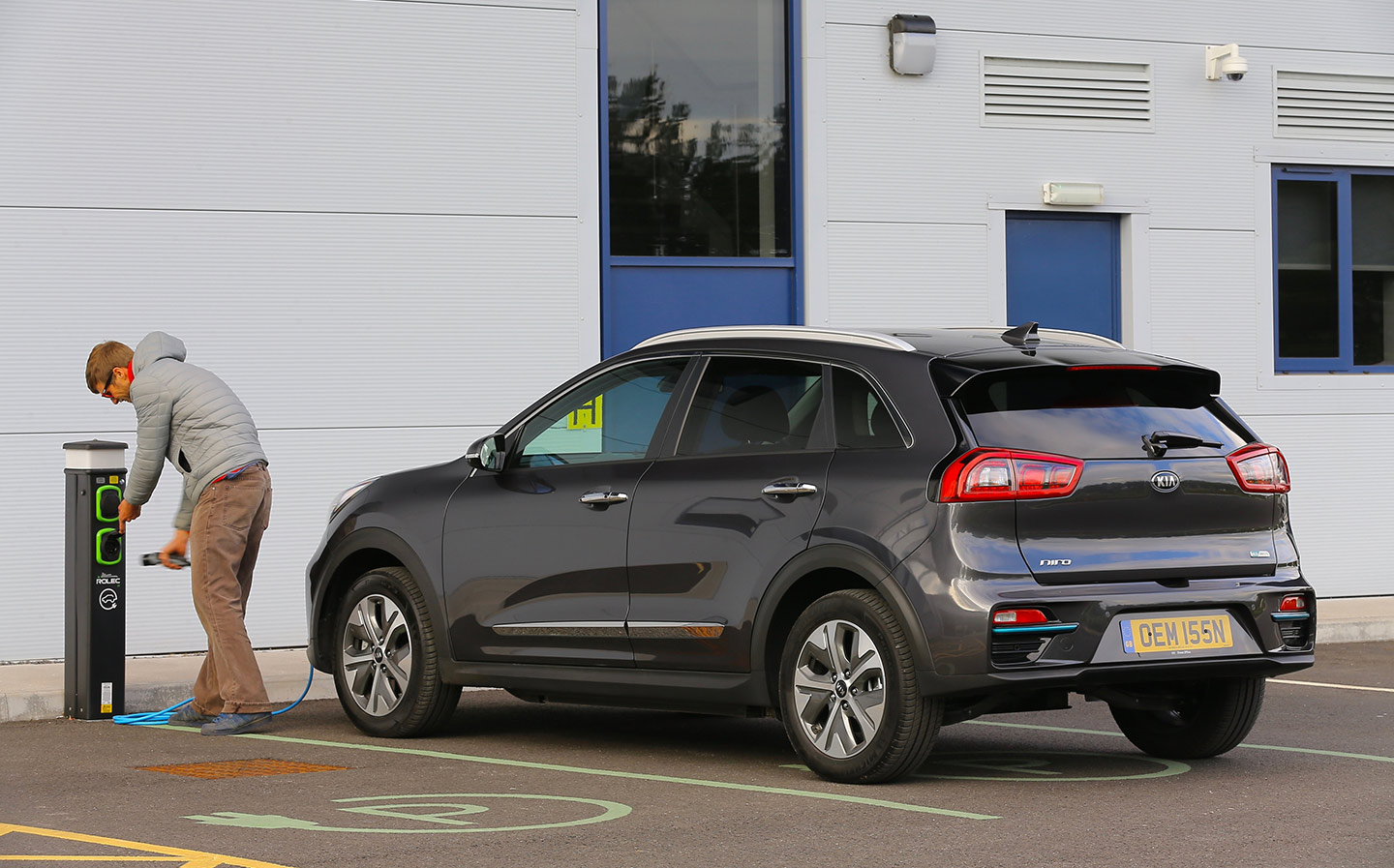 AS CONCERN rises about the dangers of air pollution, electric cars are speeding to the top of the motoring agenda. But the way ahead is often obscured by half-truths and ill-informed discussion.

Although electric cars have been on the road for more than a century, only in recent years have drivers begun to treat them as part of the mainstream. Last year, sales grew by nearly 14% compared with 2017, and from January to July this year they surged by 70% compared to the same period in 2018, according to the Society of Motor Manufacturers and Traders.

The trend is likely to continue as the harmful effects of exhaust emissions become clear. The government has announced that by 2040 all new cars sold in the UK must be “effectively zero emission”.

So with even the most sceptical motorists wondering whether it is feasible to park their petrol car or ditch their diesel, here we lay to rest 10 common myths about electric cars.

The electric car market is expanding rapidly. Twelve mainstream manufacturers sell electric cars, and more are set to join them.

Kia has understood the demand for long-range, affordable electric cars better than most, introducing the e-Niro, which boasts a driving range of up to 282 miles. It also has a new Soul EV on the way.

Audi, Nissan, Tesla, Renault, Jaguar, Volkswagen and Hyundai also have electric models for sale, and more will be arriving over the next 12 months from the likes of BMW, Peugeot, Volvo, Vauxhall, Porsche and Mercedes.

Nearly all modern electric cars have one thing in common: they can sprint away from traffic lights like Usain Bolt chasing someone who’s run off with his gold medals.

The most powerful electric family car from Tesla can accelerate from standstill to 62mph quicker than a Bugatti Chiron hypercar  — and burn not a single drop of petrol in the process. Jaguar’s I-Pace is faster to 62mph than its F-type sibling, a supercharged V6 sports car.

Even the more affordable electric cars offer spirited performance. A Kia e-Niro is almost as nippy as its Ceed GT hot-hatch stablemate; the popular Nissan Leaf leaves the 1.5-litre diesel version of the Qashqai SUV standing.

Yes, some electric cars are expensive, but that applies to non-electric vehicles too.

Compare like with like and electrically powered vehicles aren’t much more costly than a petrol or diesel model. For example, a Kia e-Niro, which comes with lots of tech and creature comforts, is no more expensive than a top-spec diesel, all-wheel-drive version of the Sportage SUV.

And electric cars qualify for a £3,500 grant from the government and cost less to power and drive than combustion-powered vehicles. Use the home charging calculator at Go Low Ultra to get an idea of running costs. What’s more, electric cars are proving to hold their value well, meaning you won’t lose out when it comes to selling.

Myth #4: They run out of electricity too quickly

Things are changing quickly in the electric car world. Whereas the furthest an electric hatchback could travel per charge in 2010 was 70-100 miles, advances in design and engineering mean many today are able to cover between 200 and 300 miles on a single charge, including the Kia e-Niro, one of the most impressive family cars.

The best quoted range for an electric car is 375 miles for a Tesla model, but even those with lower capacity batteries can manage between 100 and 200 miles, which is plenty for day-to-day driving, including most commutes.

And when charge does run low, there’s plenty of warning, and the sat nav in most electric cars will guide you to the nearest charging point.

The time taken to recharge the battery of an electric car has dropped sharply and will only improve as a new generation of batteries and more powerful charging points becomes available.

The time taken for charging depends on the charging unit and capacity of the battery. Wall boxes at home typically deliver 7kW, which means, for example, that the Kia e-Niro’s 64kWh battery takes just over nine hours to fully charge. This can be done overnight, so it need not interrupt your day. Owners say plugging in in the evening and having a full battery in the morning is often more convenient than having to stop at a petrol station on your way to your destination.

Faster 50kW chargers are often found at motorway services. If you plugged in an e-Niro with an empty battery, it would be 80% charged in an hour and a quarter. The e-Niro can also take a 100kW charge, which would do the same job in under an hour.

Ultra-fast chargers that can deliver 150kW or 300kW are on the way, too.

Most electric car owners charge the battery at home or work, but public charging infrastructure is important for top-ups and longer journeys, as well as for drivers without off-street parking.

The good news is that there are more than 14,500 public charging points in more than 9,000 locations in the UK, according to the data provider ZapMap.

That number is growing all the time, as the likes of BP, Shell and Tesco move into the business of supplying sustainable energy to drivers.

Myth #7: The battery will need to be replaced after five to 10 years

All batteries degrade and rechargeable lithium-ion batteries, of the type found in electric cars, are no exception.

However, high-voltage lithium-ion batteries are understood to be much more resilient than first thought, even when regularly using rapid chargers, thanks to clever electronic charge and discharge management.

In a sign of confidence, many manufacturers guarantee the performance of a battery for five or eight years. Given that the typical period of ownership for a car is three years, those buying a new or approved-used electric car have peace of mind.

If you’re planning to own an electric car for the long haul, it’s important to know that battery degradation varies depending on how you treat it. Tesla data suggests Model S cars lose less than 10% of their battery capacity after 100,000 miles, while the owner of a 2012 Nissan Leaf reported 24% loss after 110,000 miles.

What you do at that point is up to you — if you have a tired diesel engine after eight years, do you have it rebuilt or just keep using it?

Should you want to repair or rebuild the battery pack, there’s more good news. Batteries are made up of a number of cells, which can be replaced individually should the need arise. Replacing the battery itself is becoming cheaper, too: last year Nissan quoted a replacement 24kWh battery pack for the Leaf at £4,300, less £1,000 for the old battery, or as little as £2,000 if you buy a reconditioned one.

Myth #8: You can’t take electric cars through a car wash

Ah, the old ones are the best ones. You didn’t believe that, did you? Apparently some people do.

Fear not: electric cars must conform to the same safety standards as any new car, so you can drive them through a car wash, take them out in a storm, wade a ford or simply drive through a large puddle.

Myth #9: They catch fire in a crash

Any car can catch fire in a crash. It’s true that lithium-ion batteries can get hot and go up in flames, just as petrol can catch fire and explode. But just as fuel tanks must conform to crash safety standards, so must battery packs.

Even before the government’s announcement that all new cars sold from 2040 should be zero emission, the National Grid had been forecasting changes in energy demand from the rise of electric cars.

As part of its Future Energy Scenarios report, it predicted that electric cars may require the grid to deliver an additional 30% energy compared with existing peak levels. To meet this demand, the grid is expected to work with charging infrastructure and electric vehicles to try to ensure most charging takes place off peak.

As more drivers switch to electric cars, so more energy fed into the grid will come from renewable sources. Wind, solar and micro generation — both from UK sources and European ones — will continue to play an important part in supporting energy demands, as will storage of renewable energy.

Nigel Williams, of the National Grid, says doing away with today’s peaks and troughs, and having a more constant demand for energy — as electric cars are charged overnight — will help lower the cost of energy for consumers.