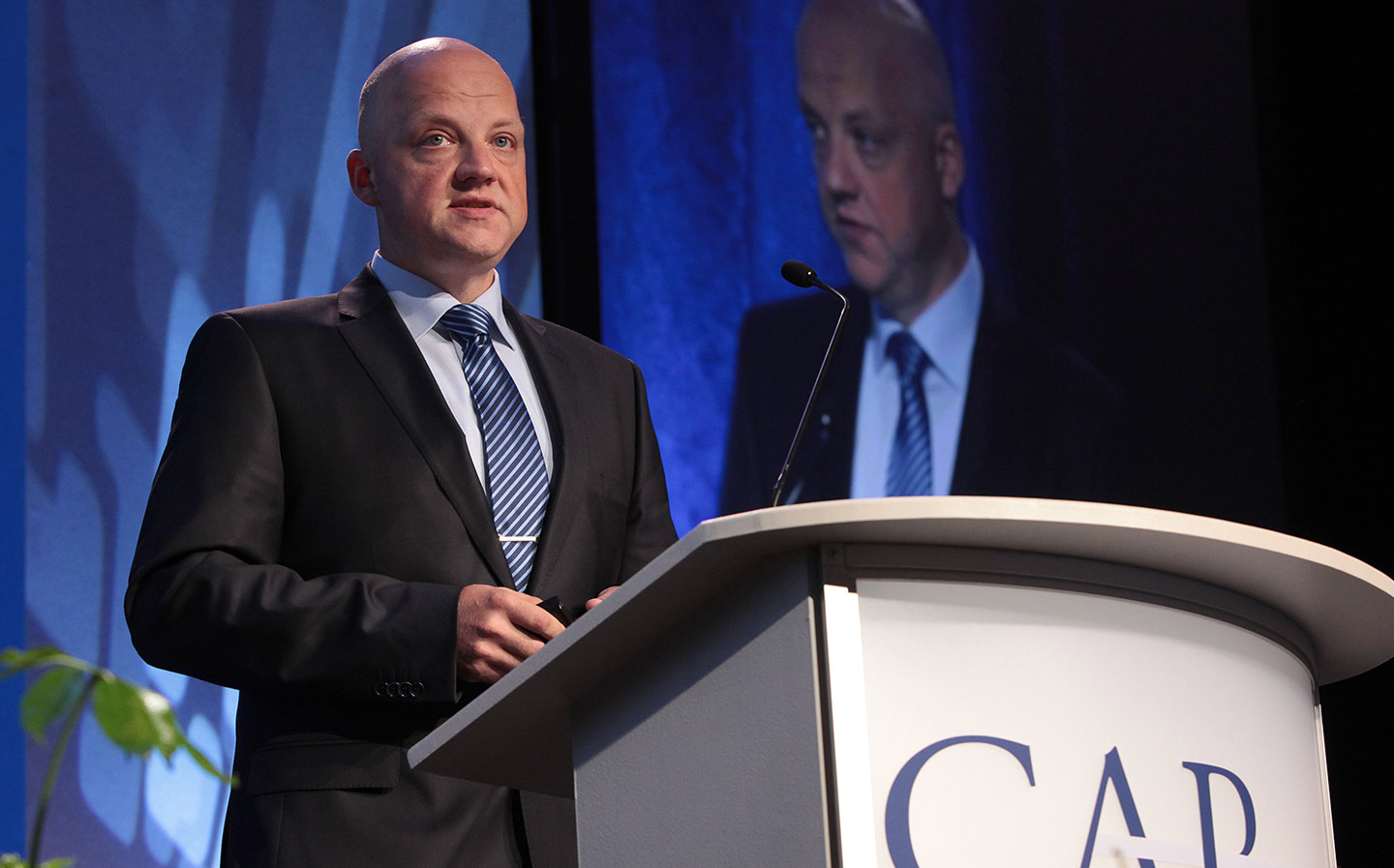 A VOLKSWAGEN executive in an orange prison jumpsuit and handcuffs lost his attempt to win bail in a US court last week.

Oliver Schmidt, 48, who was head of VW’s environmental and engineering centre in Michigan, has been behind bars since January, when he was arrested in Miami en route to Germany. He is to be tried next year over the Dieselgate emissions scandal.

Judge Sean Cox, of the US district court for eastern Michigan, agreed with prosecutors that Schmidt posed a flight risk and should remain in a federal detention centre in Detroit.

VW has agreed to pay $25bn in the US to settle claims by owners, dealers, regulators and state legislatures over the diesel scandal exposed in September 2015 and to modify cars to reduce harmful emissions. About 11m vehicles worldwide were fitted with secret software to give unrealistic readings in exhaust tests. The German company admitted three felony counts under a plea agreement to resolve US charges that it installed so-called defeat devices.

Schmidt is one of seven current and former executives charged in the US investigation but the only one in custody.

“The allegations of fraud and conspiracy in this case are very, very serious”

His trial is due to begin in January 2018. He is facing 11 felony charges, including knowingly misleading US regulators by saying that technical problems, not cheating software, were to blame for the difference in diesel emissions between road and laboratory tests. He faces up to 169 years in prison.

“The allegations of fraud and conspiracy in this case are very, very serious,” the judge said.

Schmidt’s parents offered a combined $1.6m in assets, including property and cash, as bail. The defence asked that Schmidt be freed but confined to his home in the Detroit area and made to wear a GPS tracking device.

David DuMouchel, his lawyer, said he had been open about his travel plans before his arrest, despite knowing he could be charged. He flew from Germany through the US to the Caribbean in December, returning via Miami to spend Christmas with friends in Florida. He was arrested on January 7 as he tried to fly back to Germany with his wife.

John Neal, an assistant US attorney, told the court that Schmidt had few ties to the US and would face stiffer penalties if tried there than in Germany.