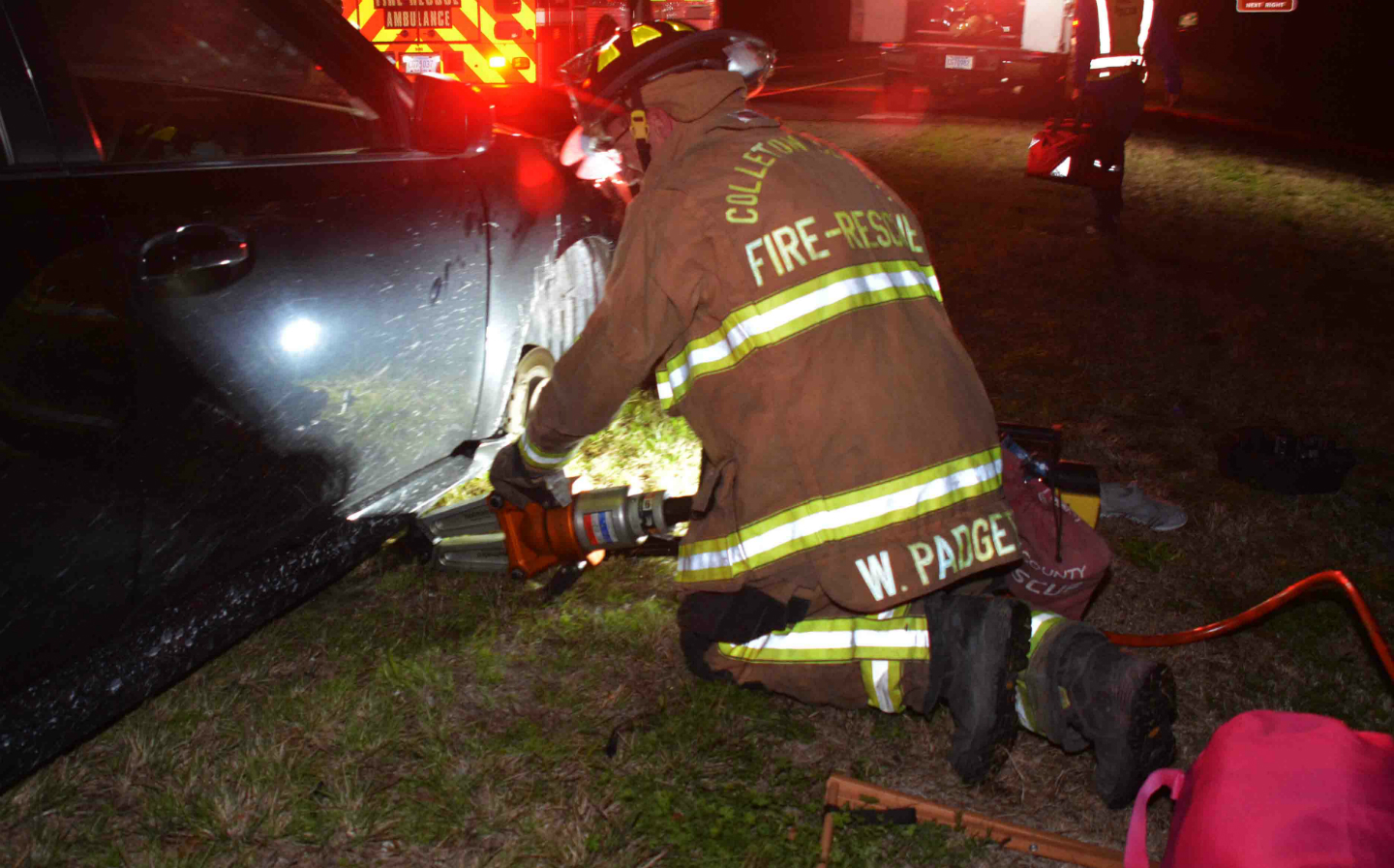 A QUICK-THINKING driver in America found a smart way of contacting the emergency services after she trapped her hands when changing a flat tyre on her car.

According to the Colleton County Fire-Rescue, the unidentified driver from North Carolina managed to alert the force to her distress, by dialling 911 on her mobile phone using her toes.

When a rescue team arrived at the scene at around 6.57pm they discovered the incapacitated driver with her hands trapped between the spare wheel and the inside of the car’s wheel arch. According to the fire department, the unusual incident occurred because the jack she was using to prop the car up slipped – causing the car to suddenly fall and crush her hands.

Speaking to The Times, the Colleton County Fire-Rescue chief Barry McRoy said the North Carolina driver luckily had her phone on hand, as she was using it as a makeshift torch while she was changing the tyre. Even so, it apparently took her “multiple attempts” to alert the emergency services; the police saying it took the driver around 35 minutes to remove one of her shoes and successfully manage to dial the correct number.

According to the incident report, while the victim didn’t appear to have any broken bones in her crushed hands, she did suffer from “severe damage to both hands and her fingers”, and it’s (perhaps unsurprisingly) reported she was in “excruciating pain” when the response team arrived at the scene.

The rescue operation didn’t go smoothly, either. While they were able to use a crowbar to free one of the driver’s hands, the other was only freed after the vehicle was raised from the ground using a hydraulic spreader tool. It’s understood the driver had her hands trapped underneath her car’s wheel arch for around 45 minutes.

Keep a high-visibility vest in your car

The moment your car breaks down is the moment you need to make sure you’re visible to other drivers. Walking or working around a car, especially at night, leaves you vulnerable to being struck by another vehicle. So keep a high-visibility vest in your car’s glovebox and put it on before exiting the vehicle. They cost from less than £2 and could save your life.

Work on a stable surface

Ensure the vehicle is stopped over a level surface that is stable. A solid stretch of asphalt, such as a car park or driveway, is ideal.

Switch on the hazard warning lights

You’ll need to let other road users know that your vehicle is stranded and presents a hazard, so turn on the car’s hazard warning lights and also consider keeping the side lights on if ambient light levels are low.

This will tell you where the tools are stored onboard your car, and details the location of the jacking points beneath the vehicle.

Ready to roll: why car makers are bringing back spare wheels