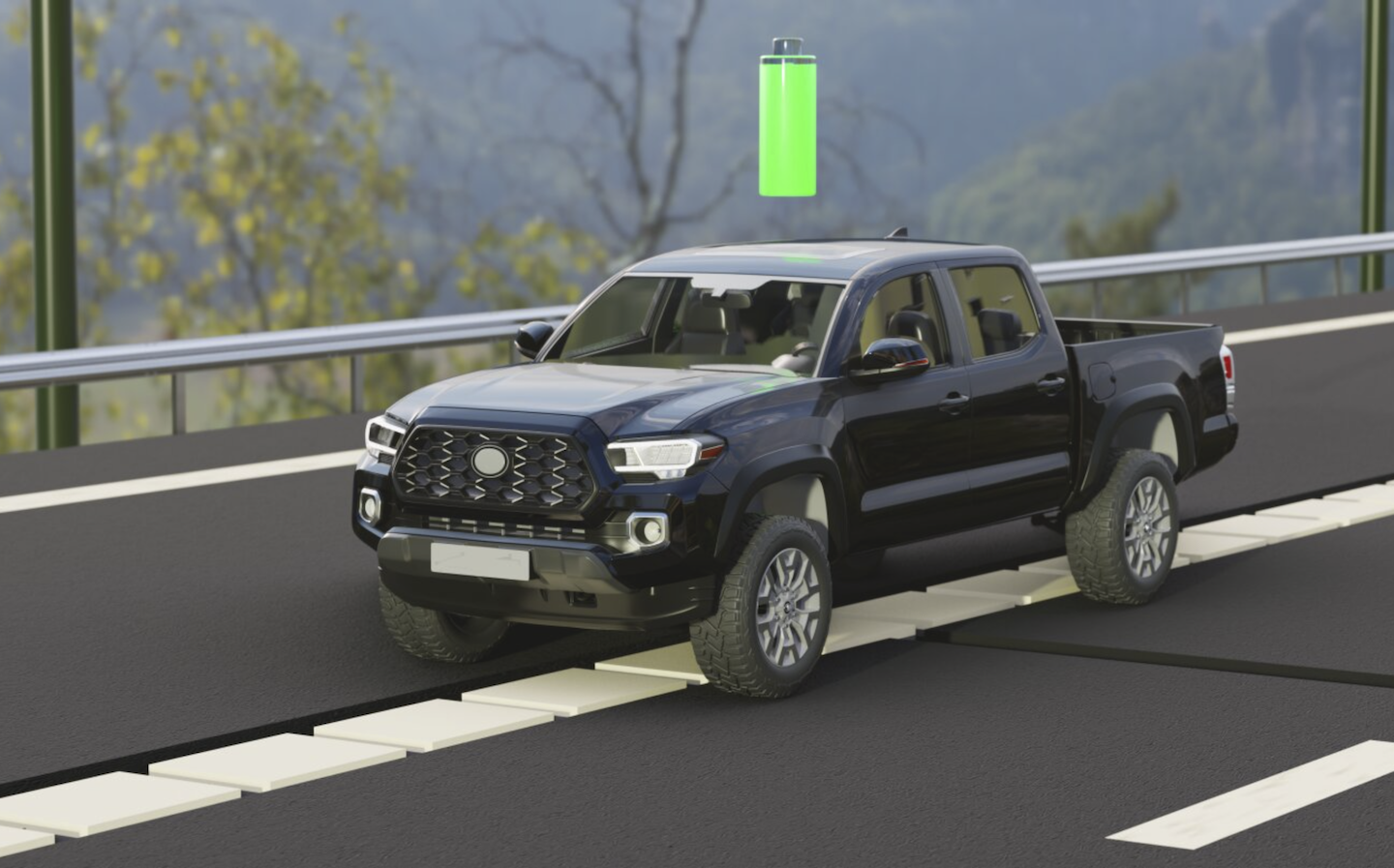 THE VIABILITY of a new type of road that can charging electric vehicles while in motion moving vehicles is being tested by engineers in the United States of America.

The Indiana Department of Transportation (Indot) and Purdue University are to join forces to test the the practical application of magnetised concrete from German company Magment. The two organisations will construct and test a stretch of road on Purdue’s campus to evaluate Magment’s effectiveness at inductive charging of electric vehicles.

The material is a combination of concrete and recycled magnetic particles called ferrite, which can then be cast into any shape required using conventional production techniques. The material is then able to conduct electricity, which can be drawn by a vehicle fitted with an inductive charging plate onboard, usually under the chassis.

Magment was founded in 2015, and it claims that its MagPad charging mat can be produced in a variety of sizes and offers charging capacity ranging from 200 watts to 250 kilowatts. What’s more, it can be used as a stationary charging point or used dynamically to charge moving vehicles.

The German inventor claims that its product can produce fully floor-integrated charging for warehouses that use electric forklifts and other logistics vehicles, or compact charging pads that can be made for use with e-scooters in smaller designated areas. 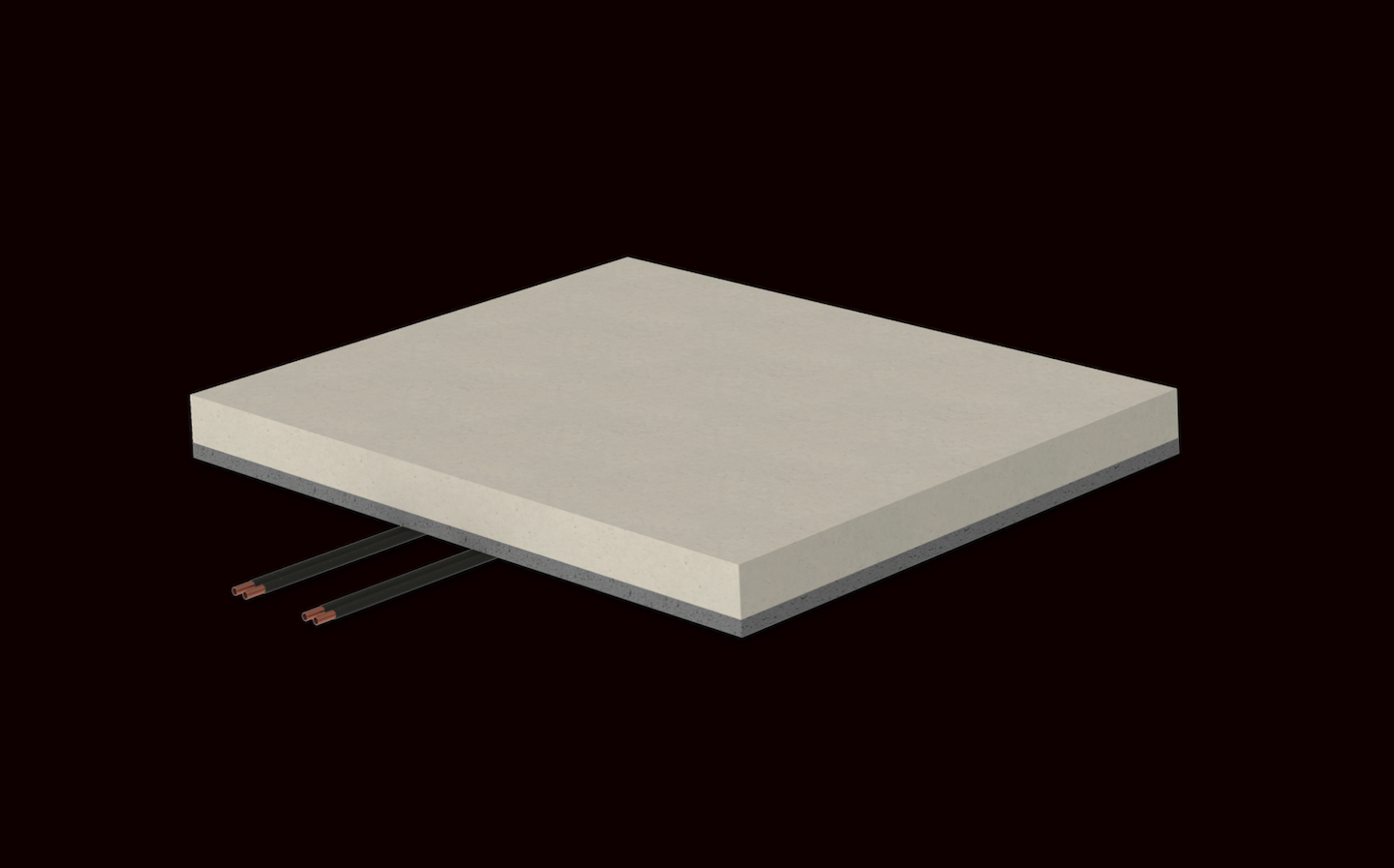 Magment claims that its material is 95% efficient when charging, weatherproof, damage resistant and costs as much to use as conventional materials when building new roads.

If the US trial is successful, Indot will produce a quarter-mile section of Magment roadway on government land for use with a fleet of electric trucks, while an even larger stretch built into the public highway could follow that.

Inductive charging is one of a number of solutions that engineering firms are trying to develop to boost electric vehicle charging infrastructure across the globe. Going wireless would improve accessibility to charging by eliminating the need for cables, while the system is relatively safe, thanks to the enclosed power systems that it uses.

Smaller batteries would be needed in cars, even for distance journeys, reducing their weight and thereby improving vehicle efficiency.

Magment’s developments are the latest in several trials conducted by different companies into roadways as more than passive surfaces. In France, solar panels were set into a road in Normandy to test their viability to power street lights. The project failed due to the roadway breaking up, while the panels themselves could not make enough electricity.

Elsewhere, Jaguar has been involved in developing inductive charging for a fleet of I-Pace SUV taxis stationed in Oslo, Norway. 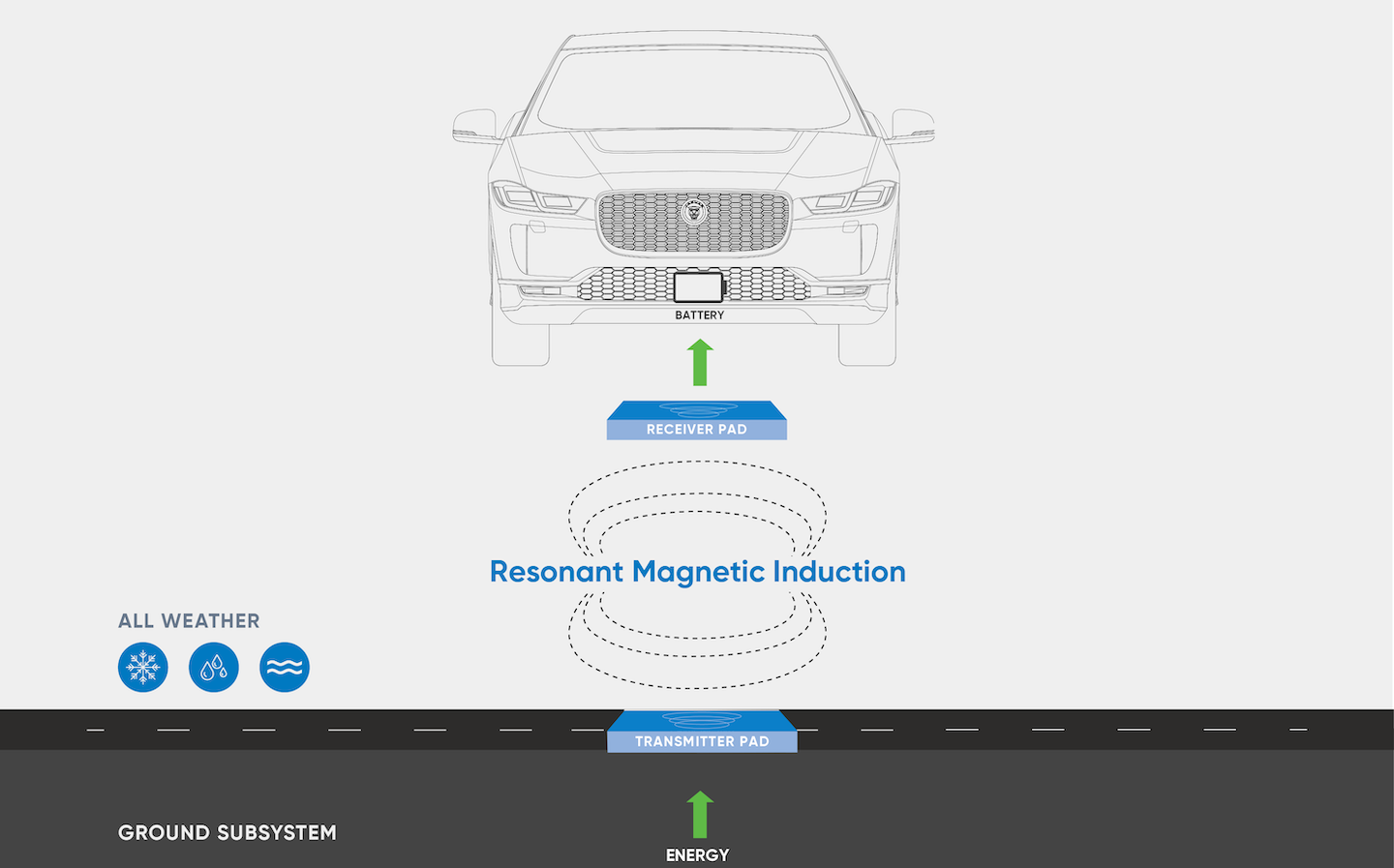 It has joined forces with Momentum Dynamics – a Pennsylvania-based engineering firm – and Nordic taxi firm Cabonline to fit out a fleet of 25 I-Paces with charging pads under their chassis, so they can charge at 50-75 kilowatts while parked over inductive coils. This set-up is claimed to add around 50 miles of range in 15 minutes.

The idea behind all of these concepts is to keep electric vehicles topped up with charge as frequently as possible – a more convenient and less time-consuming way of managing electrical energy than trying to apply the combustion-engine philosophy of filling an empty ‘tank’ once all the ‘fuel’ has been used.