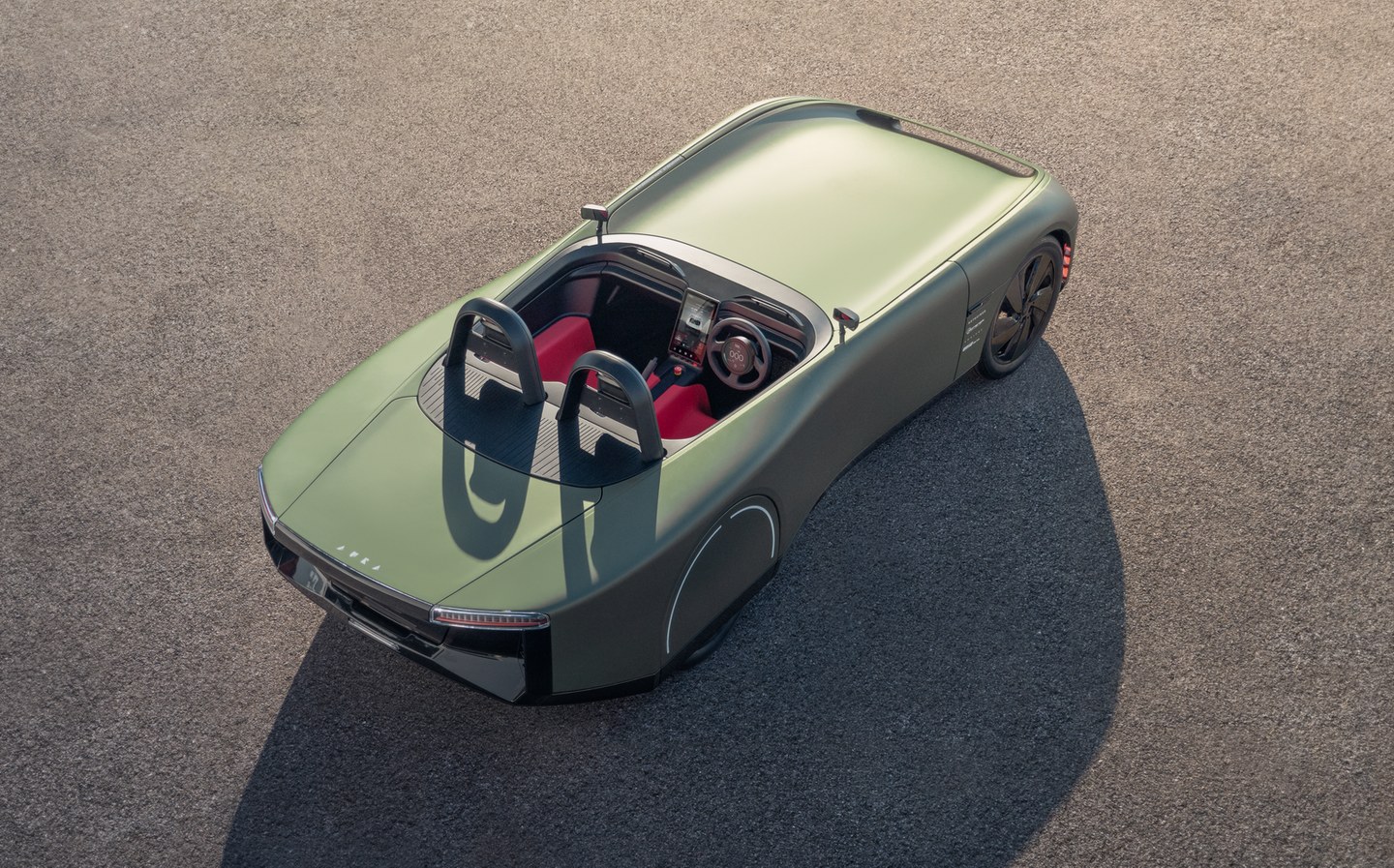 WHILE SOME people were learning to make sourdough bread in the midst of the pandemic, four British businesses instead joined forces to cook up a new lightweight electric sports car: the Aura.

The Aura concept car, revealed at the Cenex-LCV low-carbon vehicle show this morning, showcases what can be achieved in terms of sustainable materials and useful tech.

The four British companies behind the vehicle are design studio Astheimer Design; BAMD Composites, which manufactured the bodywork and other parts; Potenza Technology for the batteries; and Conjure, which developed the digital interface. Funding was secured from the Office for Zero Emission Vehicles’ (OZEV) Niche Vehicle Network. 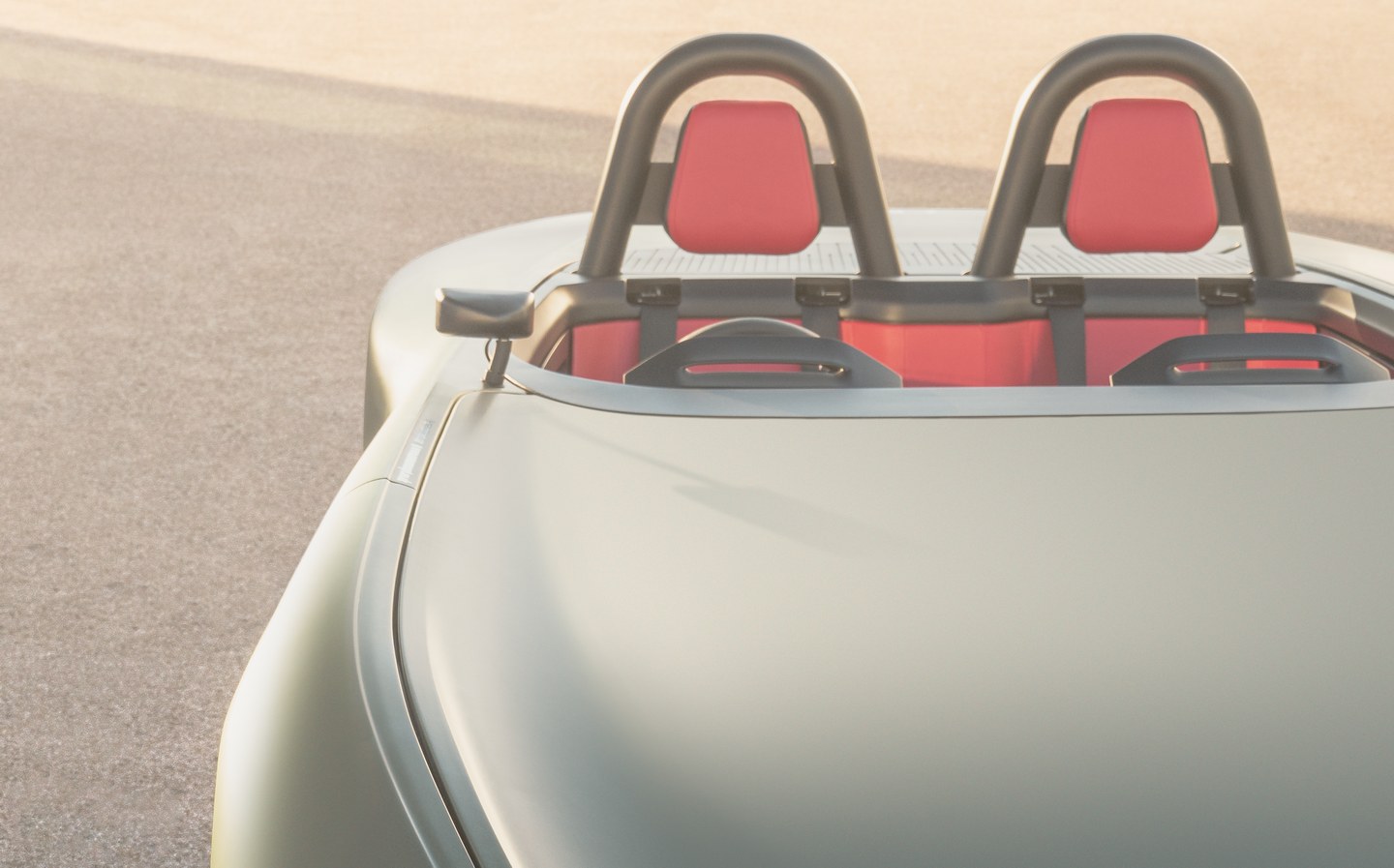 The car has been designed with weight reduction and aerodynamics very much in mind, which is key to achieving the best range between recharges. One particular detail to this end is the use of cowling panels over the rear wheels, to reduce drag through the air.

The body panels themselves are made from natural fibres that are not only lightweight but also cleaner to produce and can be recycled in the long term, adding to the sustainability credentials of the car.

Two batteries produce a total of 88kWh and are claimed to give the Aura a range of around 400 miles. They are provided by Potenza, which also supplied the battery management system and low rolling resistance tyres. 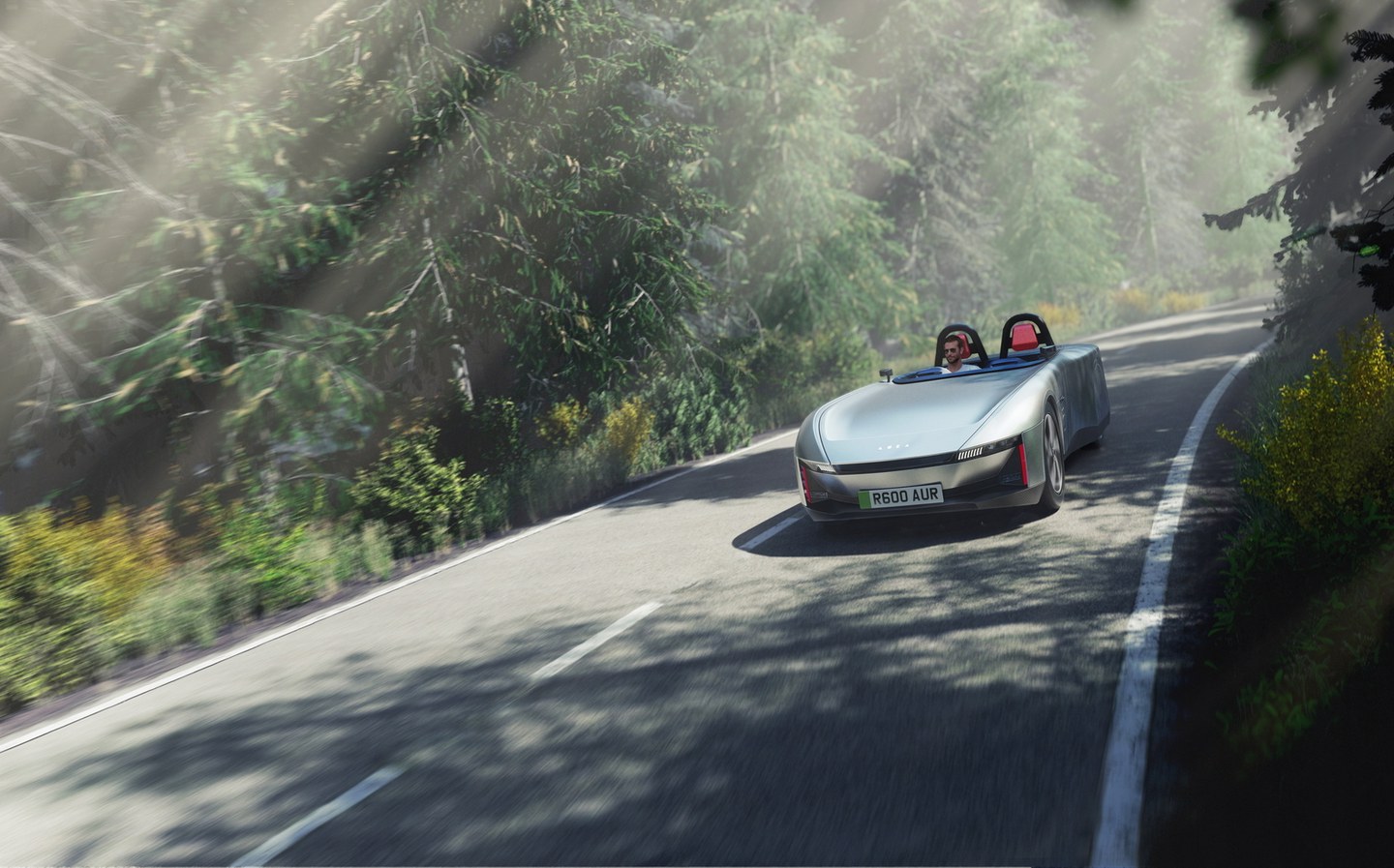 Inside, there’s a circular 5in self-levelling instrument display in the centre of the steering wheel. Like wheel hubs on a Rolls-Royce, the display remains upright even when the wheel is turned so the driver always has a perfect view of the information. It’s complemented by a 10in infotainment touchscreen in the middle of the dashboard.

Behind the visible tech is a system that constantly monitors range in relation to topography, traffic, the location of charging points and even the weather. The car’s creators say that the system is accurate to within 0.5% when it comes to range prediction.

Unusually, the Aura concept is not about the sum of its parts, but about the parts themselves. Its makers say it’s Britain’s first long-range EV so, while it might look like another sports car, it’s actually a demonstration of what British technology companies can do.

The Aura concept is on display at the Cenex-LCV event today and tomorrow at the Millbrook Proving Ground in Bedfordshire. At the moment it’s expected that it will remain a concept vehicle, with no plans for production.