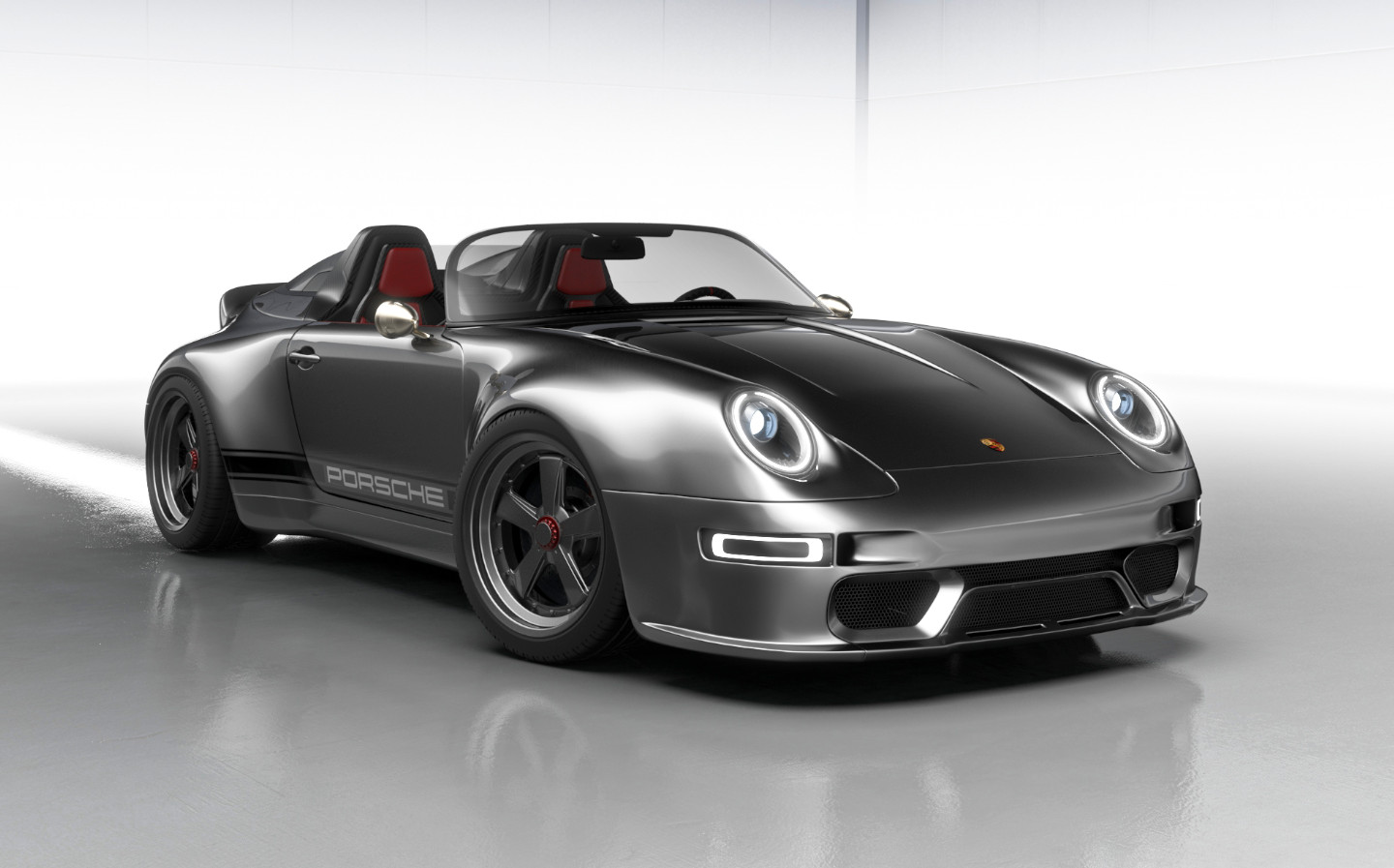 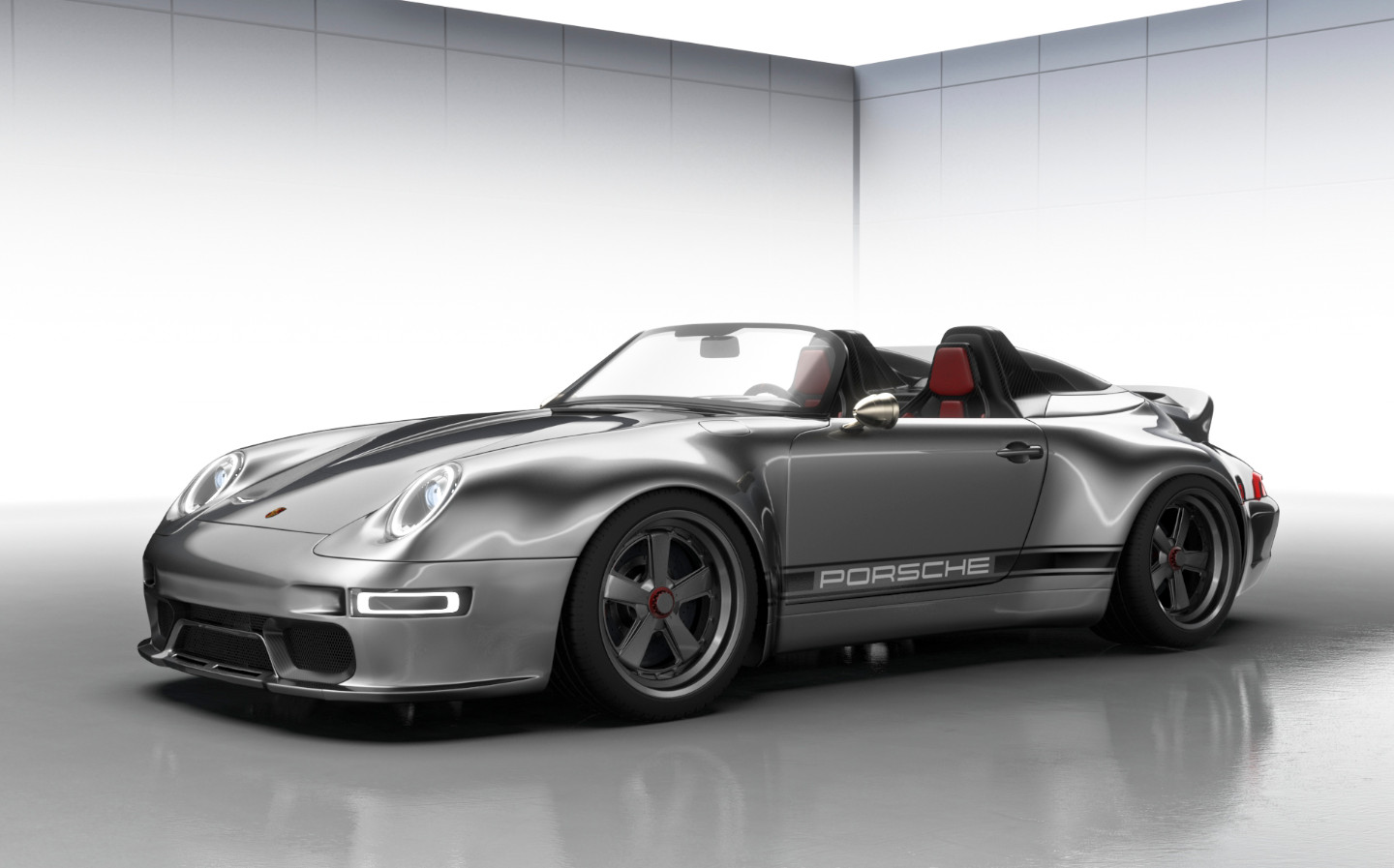 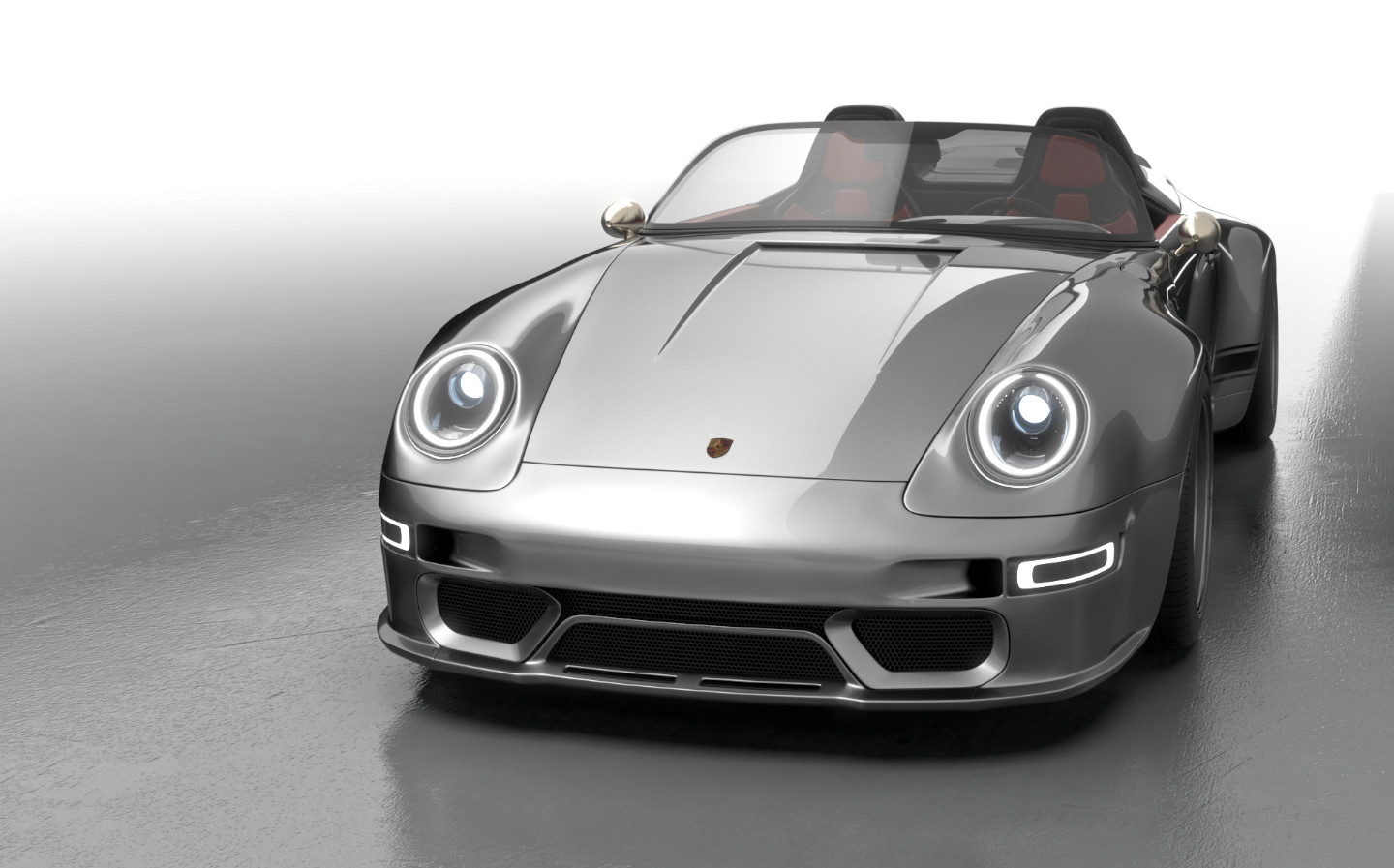 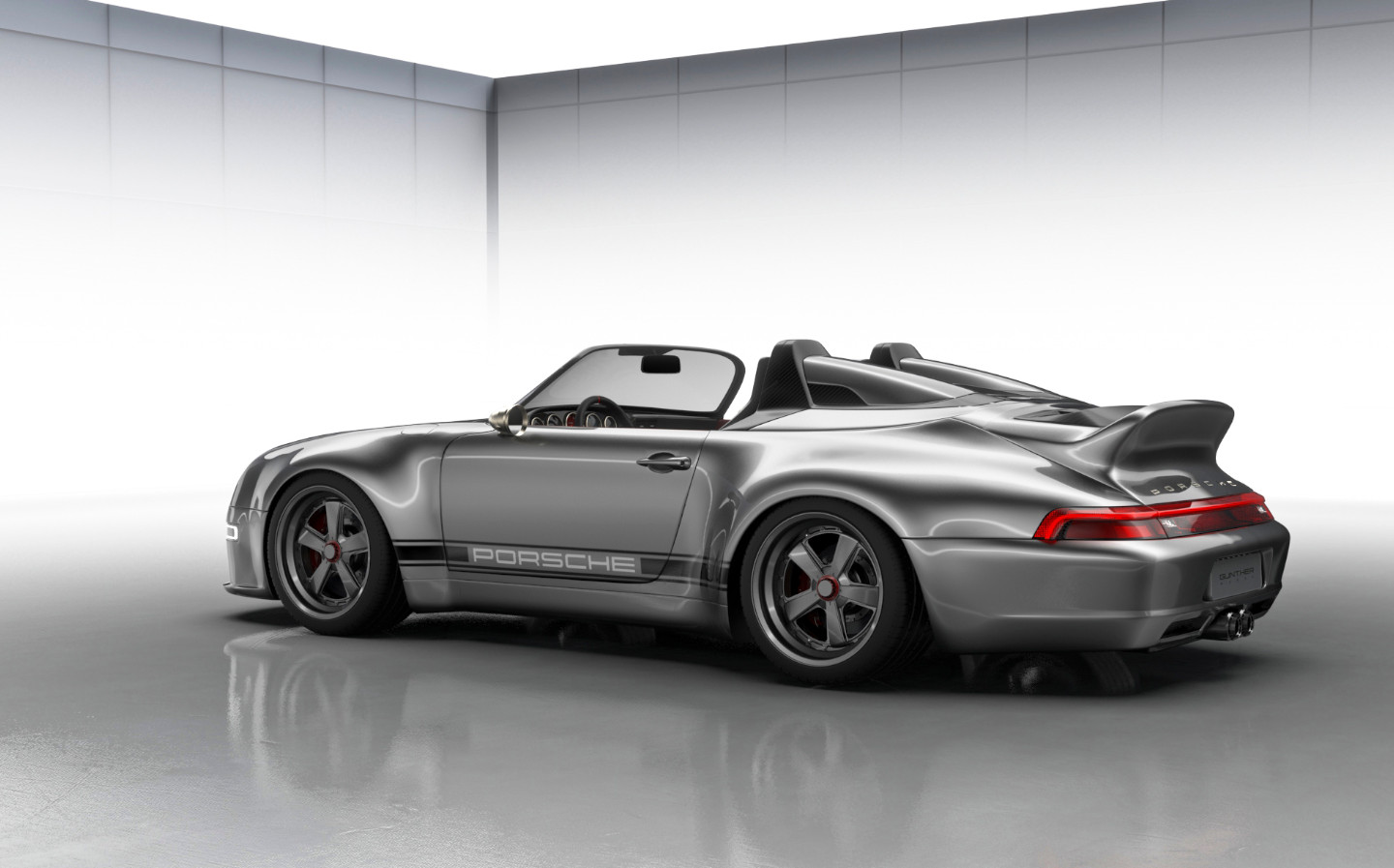 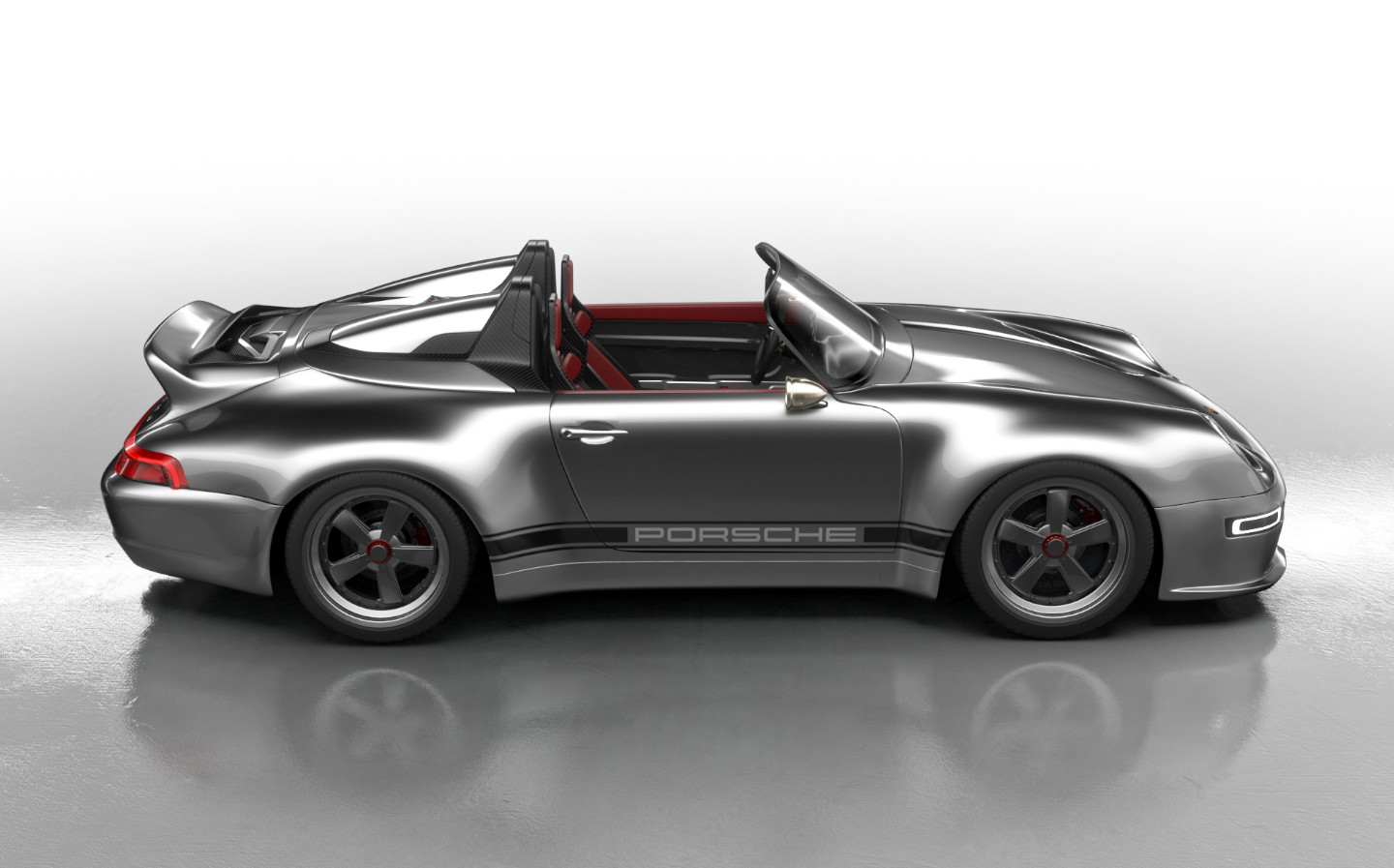 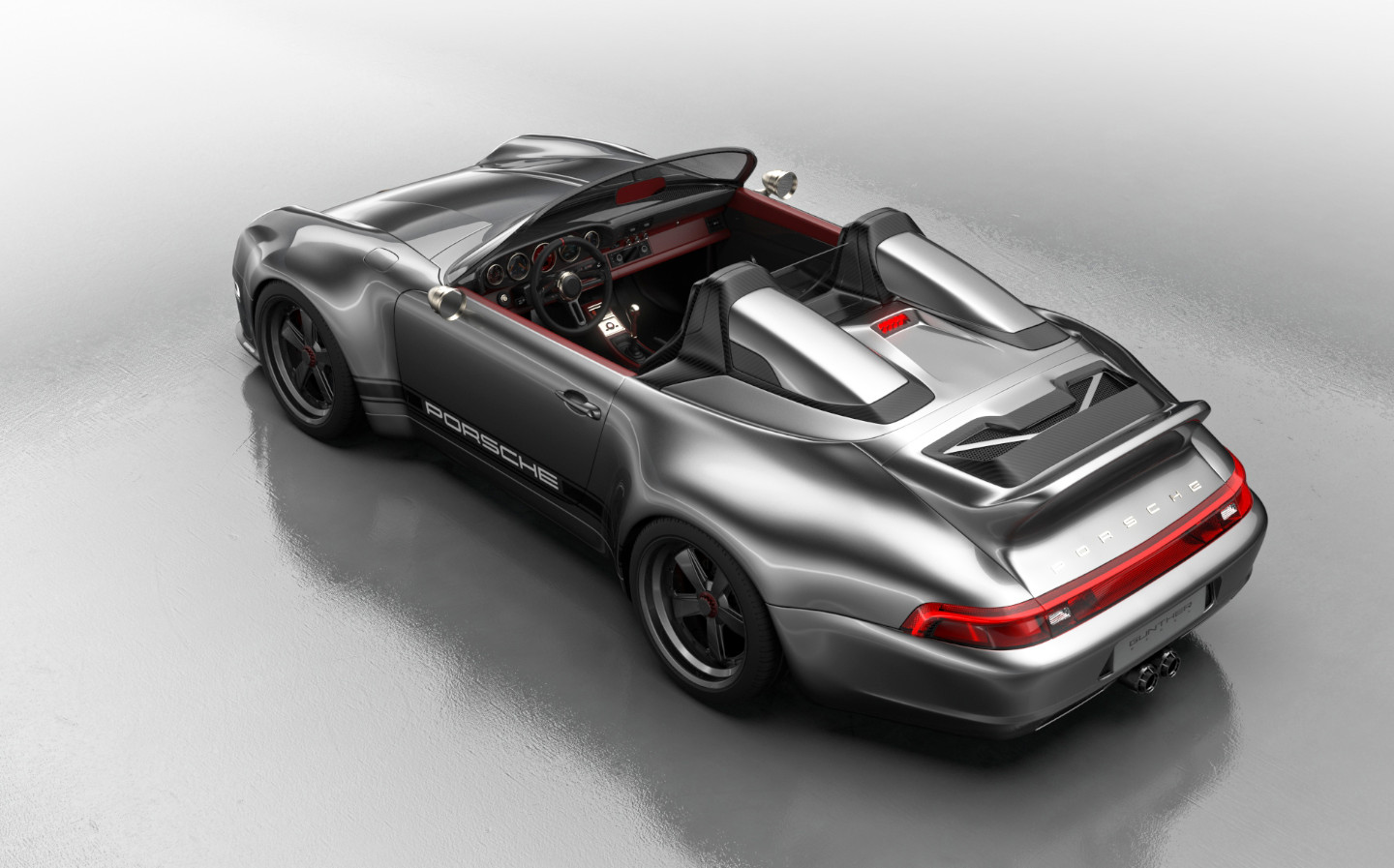 THE WORLD of Porsche 911 restomodding (modernised classic car restoration) is an expensive and beautiful one, stocked with a couple of names that will be familiar to petrolheads. There’s Singer, the L.A. company that recently revealed the Dakar-ready ACS, and is well-known for its jaw-droppingly gorgeous 964-based creations; there’s also Ruf, the German engineering firm that has been operating on Porsches since the 1970s, and will now also offer modern versions of its own 964 special.

There is also the lesser-known but still-well-respected Gunther Werks, which has made something of a name for itself in recent years as an expert in the 993 generation of the 911, which was originally sold in the mid-nineties and is revered as the last model to feature and air-cooled engine. The company has now unveiled the 993 Speedster Remastered, an open-top version of its 993 Coupé, which holds the record as the fastest air-cooled car around the Laguna Seca racetrack in California.

The Speedster, like the Coupé, is powered by a 4.0-litre flat six modified by Rothsport Racing. It has, however, been remapped to put out an incremental increase on the Coupé’s 435bhp and 335 lb ft of torque, although GW has not clarified that in numerical terms.

Mechanical changes include aftermarket suspension and an upgraded version of the 993’s original manual gearbox.

Seeing as it doesn’t have a roof, you might expect it to be lighter than the Coupé, but taking the roof off a car has adverse effects on its structural rigidity, so GW has had to make alterations to the chassis and body and add reinforcement to the space formerly occupied by the rear seats. There’s also a roll cage, which adds further weight — but also more stability and safety.

In order to counteract this heft, GW has taken a layer from the Coupé’s “double-skin” bonnet, which makes it 25% lighter, while seats are made from hollow carbon fibre and sit below the windscreen to reduce drag. The Speedster also gains a carbon fibre bumper, aluminium door handles and wing mirrors, and lightweight, forged Fuchs-style alloys are available as an option.

For customers especially dedicated to weight saving — and a more visceral driving experience — Gunther Werks is also offering the Speedster sans windscreen. If you do opt to have a screen, it’ll be a lower-rake unit, to complete the whole open-top look.

To make it more useable as a convertible, GW has provided an option to have the interior re-upholstered in weatherproof materials. Other interior updates include a gauge cluster constructed from a single piece of aluminium, a carbon-fibre dashboard and new pedals.

According to Gunther Werks, the measures it has taken with the 993 Speedster Remastered “not only heightens the experience with the rush of wind through your hair, but also pushes the boundaries of performance to build a stronger, lighter, faster car.”

Only 25 versions of the car will be made, and production won’t start until the 25-unit run of the revamped Coupé has been completed early next year. The price of conversion has yet to be revealed but as reference, the Coupé costs somewhere around £400,000. More details of the Speedster will be revealed in August.