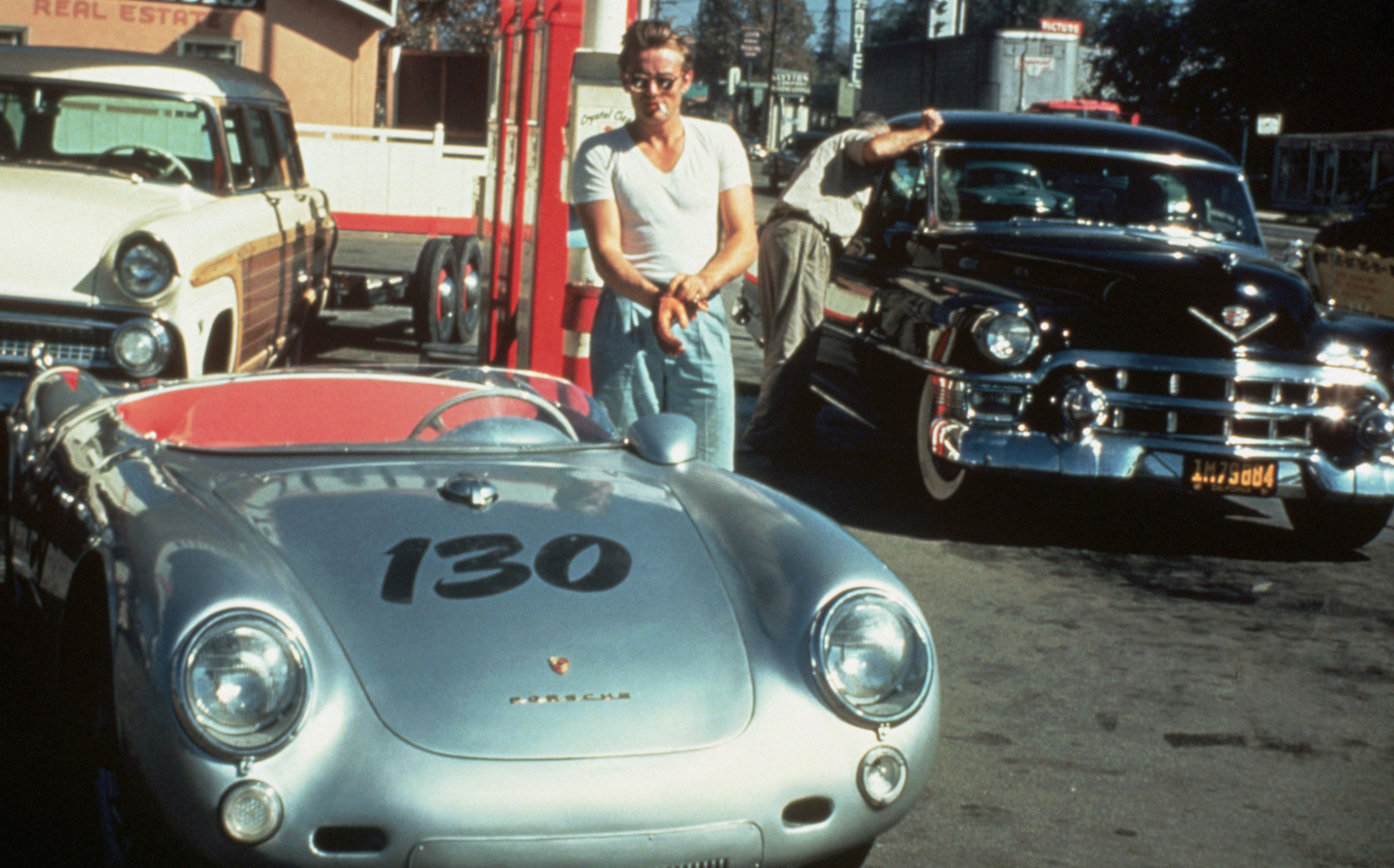 Once we’d picked up our jaws off the floor, it got us thinking: what are the best cars owned by our favourite Hollywood legends? 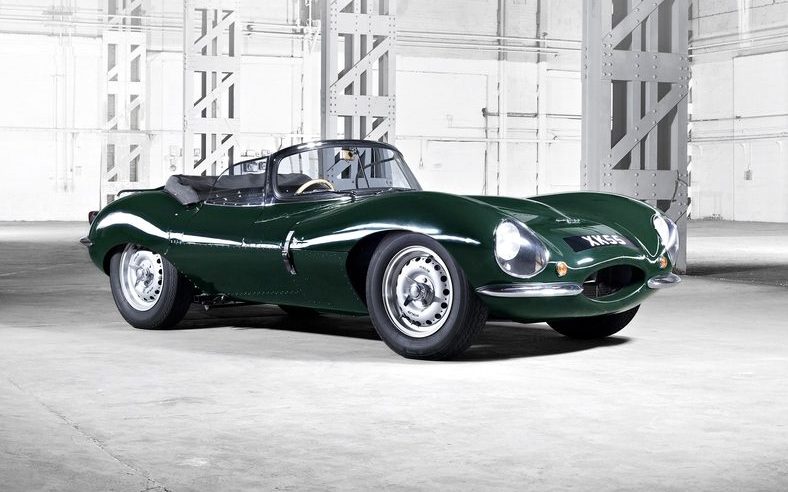 Steve McQueen is a name synonymous with cars thanks to the classic chase in Bullit and his passion for racing leading to sultry endurance racing flick Le Mans, and his love of bikes was there for all to see in The Great Escape. A man with such pedigree had to back that up with good cars in his own garage, and McQueen’s collection didn’t disappoint. He had enough classic Ferraris to make you drool but also owned a 1959 Lotus Eleven, a 1970 Porsche 911S and a 1969 Porsche 908 Spyder (the latter two both appeared in Le Mans).

However, arguably the standout addition is his Jaguar XKSS. A car so beautiful it’ll make you want to cry, the XKSS also has it where it counts, being a road-going version of the Le Mans-winning D Type with the same 3.4-litre, 258bhp straight six engine.

Every good car needs a good backstory and the XKSS definitely ticks that box — in 1957, Jaguar lost nine of the 25 produced in a factory fire, meaning only 16 remained. McQueen got his hands on one in British Racing Green, which he called “the green rat.” A tragedy, and a love story.

That wasn’t the end of it, though. Four years ago Jaguar built the ‘lost nine’ to 1957 specifications. If you want to get your hands on a “continuation” XKSS, though, you best be willing to part with over £1m. 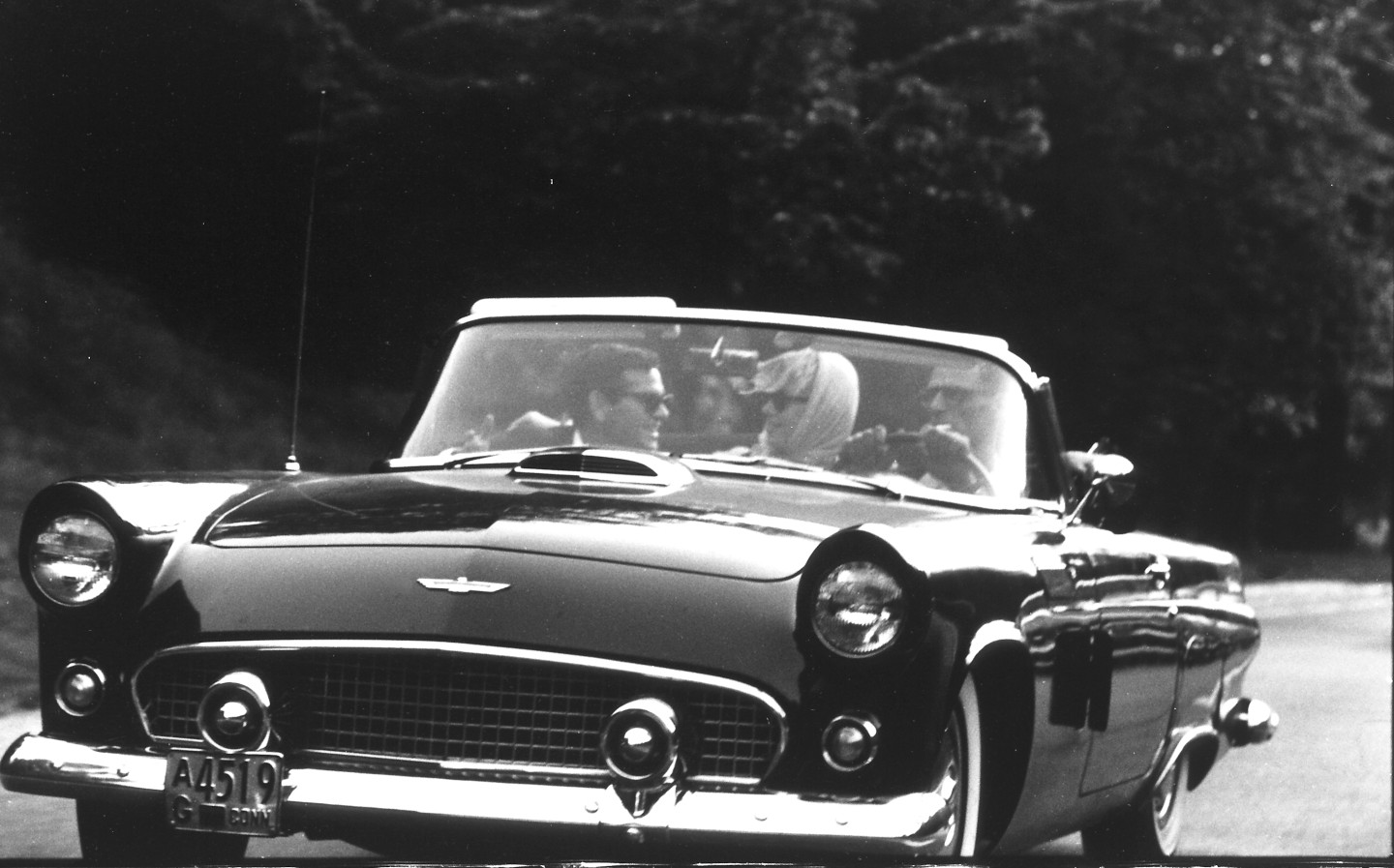 It feels a bit biased to pick five European cars when choosing the best cars owned by icons of the American film industry. And short of taking a trip to Planet Hollywood, it’s hard to find anything that conjures images of mid-20th century Hollywood glamour quite like the Ford Thunderbird. There’s just something about the big Ford’s whitewall tyres and rocketship rear lights that evoke the sound of a barbershop quartet and the smell of hair grease.

Monroe, herself an icon of Hollywood’s golden age, had a 1956 version of the car in Raven Black, loaded with a V8 engine that put out a cool 222bhp, propelling the car to 113mph. Monroe is pictured above in the car at her wedding to playwright Arthur Miller, and she owned it for six years before her untimely death in 1962.

Her Thunderbird went up for auction in 2018, selling for $490,000. The president of the company that auctioned the car said fittingly that the car is “not only part of automotive history but comes with an aura of glamour, romance and tragedy of a true Hollywood legend.” Safe to say, the relaunch of the model in the early noughties doesn’t conjure quite the same glamour. 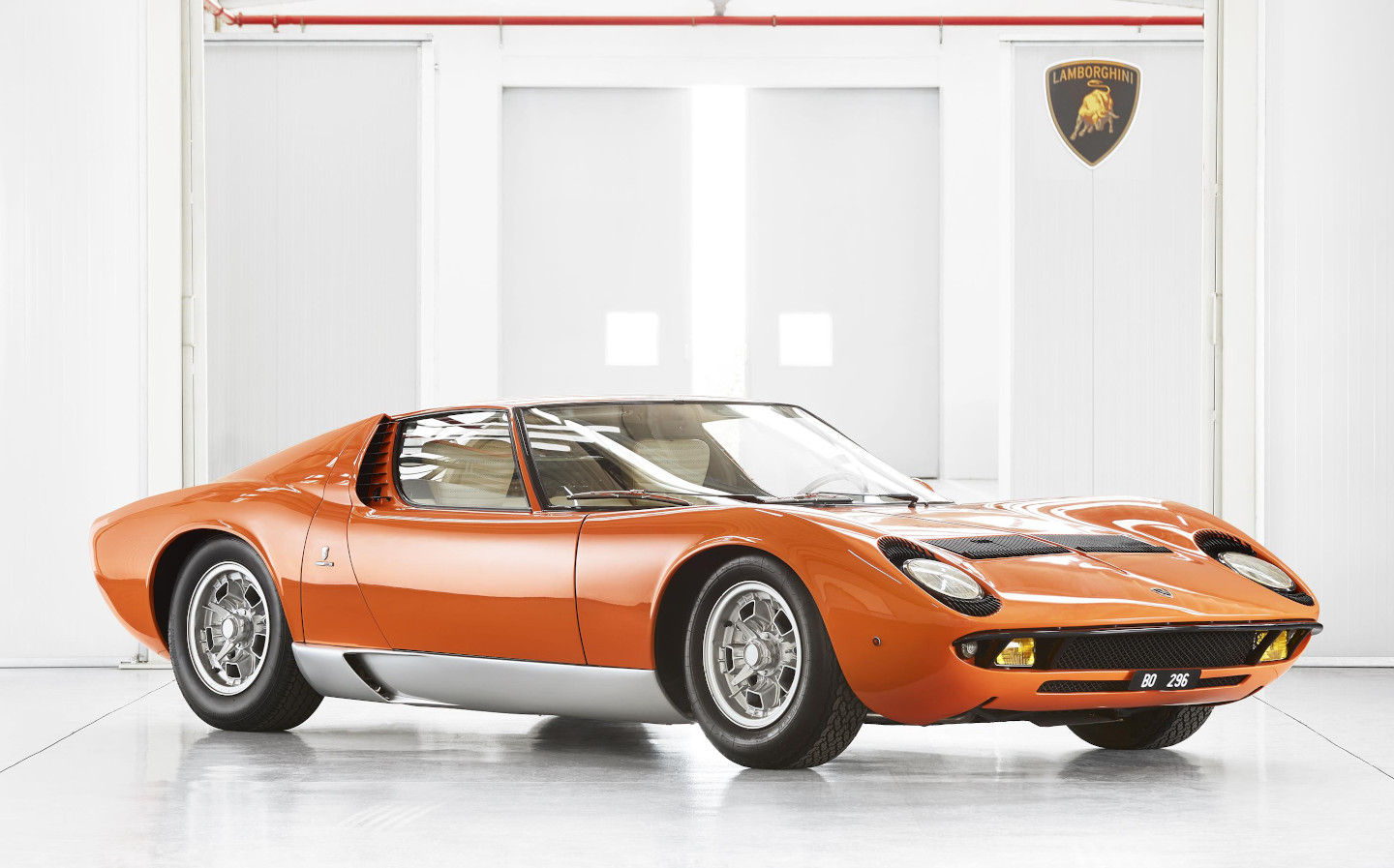 Marilyn Monroe famously created an icon of perfume when she said she wore nothing to bed apart from Chanel No.5. Frank Sinatra almost certainly helped do the automotive equivalent for the Lamborghini Miura when he (purportedly) said: “You buy a Ferrari when you want to be somebody. You buy a Lamborghini when you are somebody.”

The Miura in question was a 1969 edition, which Ol’ Blue Eyes treated himself to on his 54th birthday. Designed by the legendary Marcello Gandini and often thought of as the first true supercar, it became a movie icon in its own right when it was driven through the mountains of Italy in the opening scene of The Italian Job.

Jeremy Clarkson, in his recent review of the more contemporary Aventador SVJ for the Sunday Times Magazine, summarised the appeal of the Miura — despite having “aerodynamics so poor that at about 80mph it would try to take off,” it looked damn good, and that’s all that really matters in a supercar, isn’t it?

Few cars have acquired the infamy of James Dean’s Porsche 550 Spyder, not-so-affectionately nicknamed “the little bastard”, in which he tragically died at the age of 24. Dean, star of East of Eden and Rebel Without a Cause, crashed the car on his way to a road race. He had traded in his Porsche 356 Speedster (a beautiful car in its own right) for the 550 Spyder only a few weeks before.

The fate of “the little bastard” after Dean’s death is a matter of urban myth. Car customiser George Barris, of 1960s Batmobile fame, reportedly took ownership of the wreck, and a number of stories varying in reliability stem from there. According to the myth, the car (or at least donated parts of it) went on to cause toil and tragedy to racing drivers for years after. 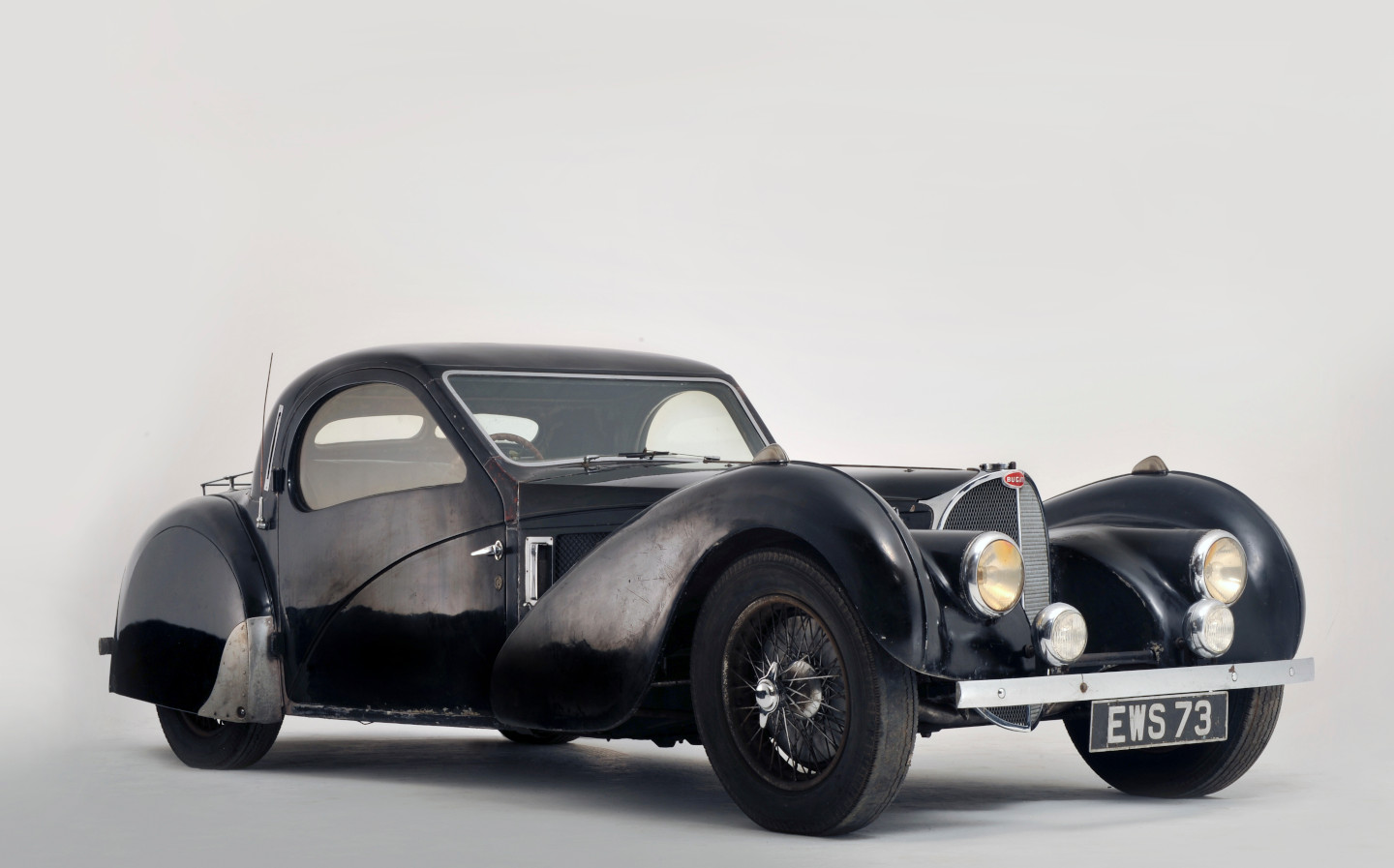 Ironically, the oldest car on this list is owned by the youngest actor. Choosing just one of the cars that Nicholas Cage has owned is an excruciating task, and a great way to fill a pretty hefty portion of a lockdown day. Subtlety isn’t something often associated with Cage, but his garage is chock-full of taste, class and elegance.

Do you pick his 1955 Porsche Pre-A speedster? His 1958 Ferrari 250GT Pininfarina? His Jaguar D-type? His Jaguar E-type? The list goes on (it’s honestly worth a Google), and goes a decent way in explaining his famous financial issues — at one point he reportedly owned nine  Rolls-Royce Phantoms, including a 1930s Phantom II that appeared in the third Indiana Jones film, Indiana Jones and the Last Crusade (more commonly known as the last good Indiana Jones film).

But it has to be the Bugatti Type 57 Atalante that we pick — the dramatic, stunningly styled coupé built in the mid-to-late 1930s is one of the the most beautiful designs of all time. Only 710 were produced.

Cage reportedly sold his in 2002. A post on Cars & Classic now claims to be selling the model owned by Cage in Australia. According to the listing, it still has the original “matching numbers” engine, though now supplemented with a supercharger. It has also been decked out in a vivid shade of azure. So if you’re a fan of vintage Bugattis owned by Oscar-winning actors and you’ve got a cool £530,000 going spare, make a bid.