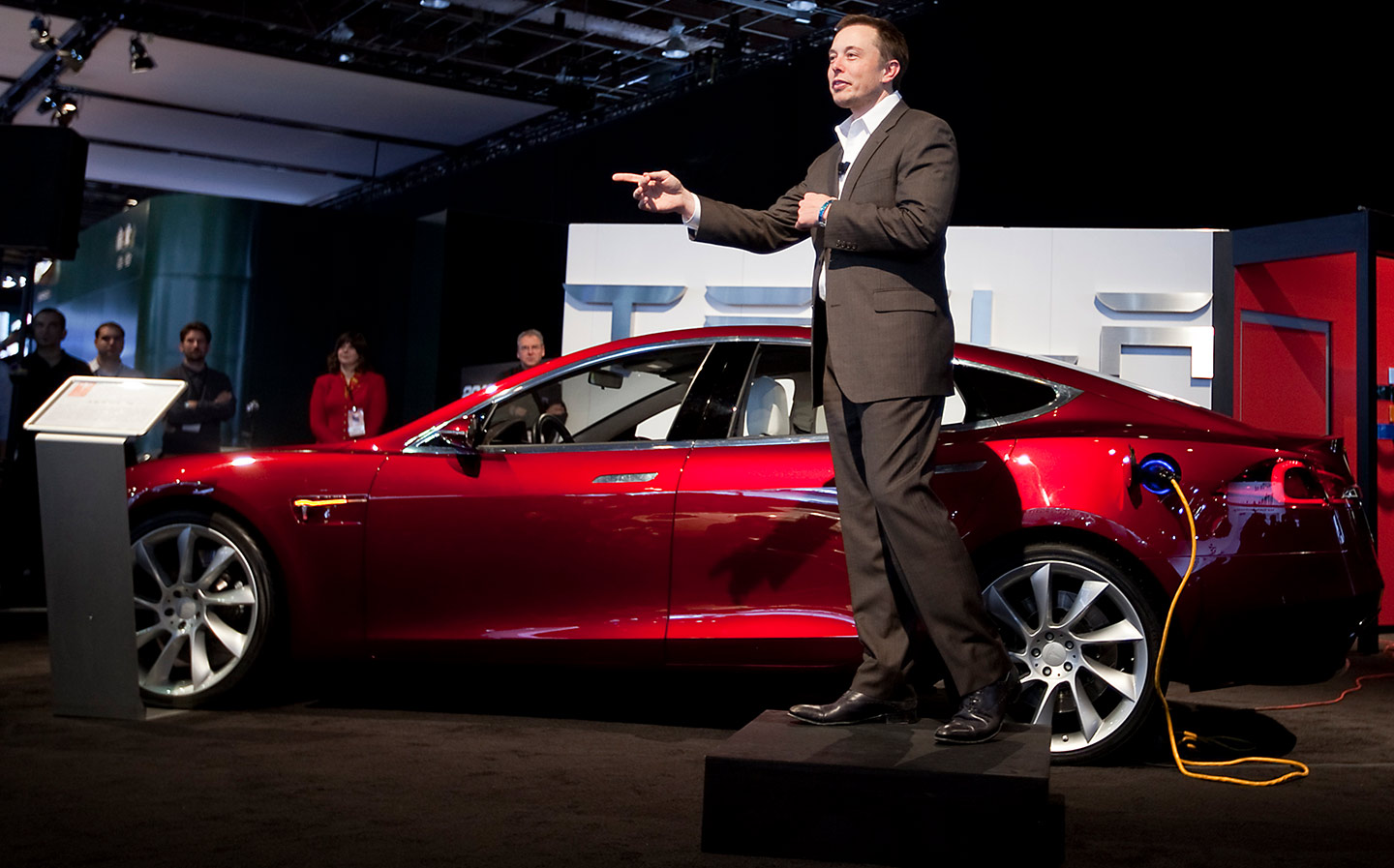 THE 70s HAD flares, the 80s shoulder-pads and the 90s frosted tips, but not all trends are this diabolical. It is said that imitation is the sincerest form of flattery, so when a car is produced that is copied by all the other car makers then surely the progenitor is worthy of praise?

Take for example, the Volvo PV 544 with three-point seatbelts, or the Citroën DS with disc brakes – we can all be grateful for companies which push the envelope and in turn inspire the automotive world on the whole.

Here is our list of top 5 trendsetters that left a lasting impact. 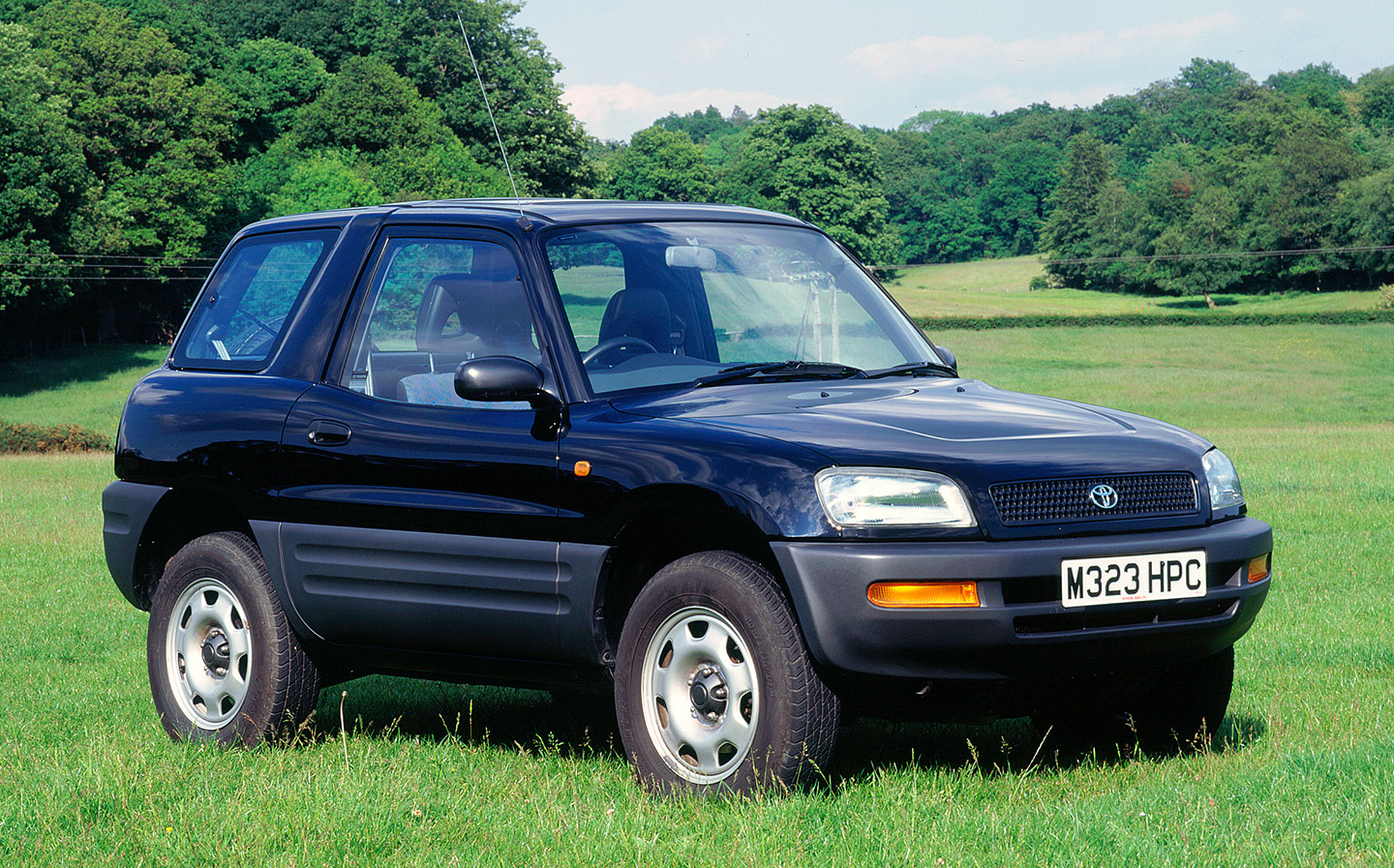 Many claim to despise crossovers — raised hatchbacks that have a more rugged appearance and more commanding view of the road — but it’s now the most popular type of car on our roads. Toyota was the company that can truly claim to have pioneered what the public was craving – an efficient compact family car with above average ride height.

Prior to the RAV4, drivers would have to fork over a significantly larger amount of cash for an SUV, or if they wanted a similarly proportioned 4×4, go for something a bit more rugged like the Suzuki Jimny. Neither option offered pleasing on-road manners.

The RAV4 changed all that. With four-wheel drive it was surprisingly capable off the beaten track but what drew in buyers was the fact that it was a decent road car, too.

So while other car companies claim to have pioneered the crossover market — Nissan with the Qashqai, for example, or Honda with the HR-V — Toyota was the first to boldly go where no company had gone before, and change the look of our roads forever. 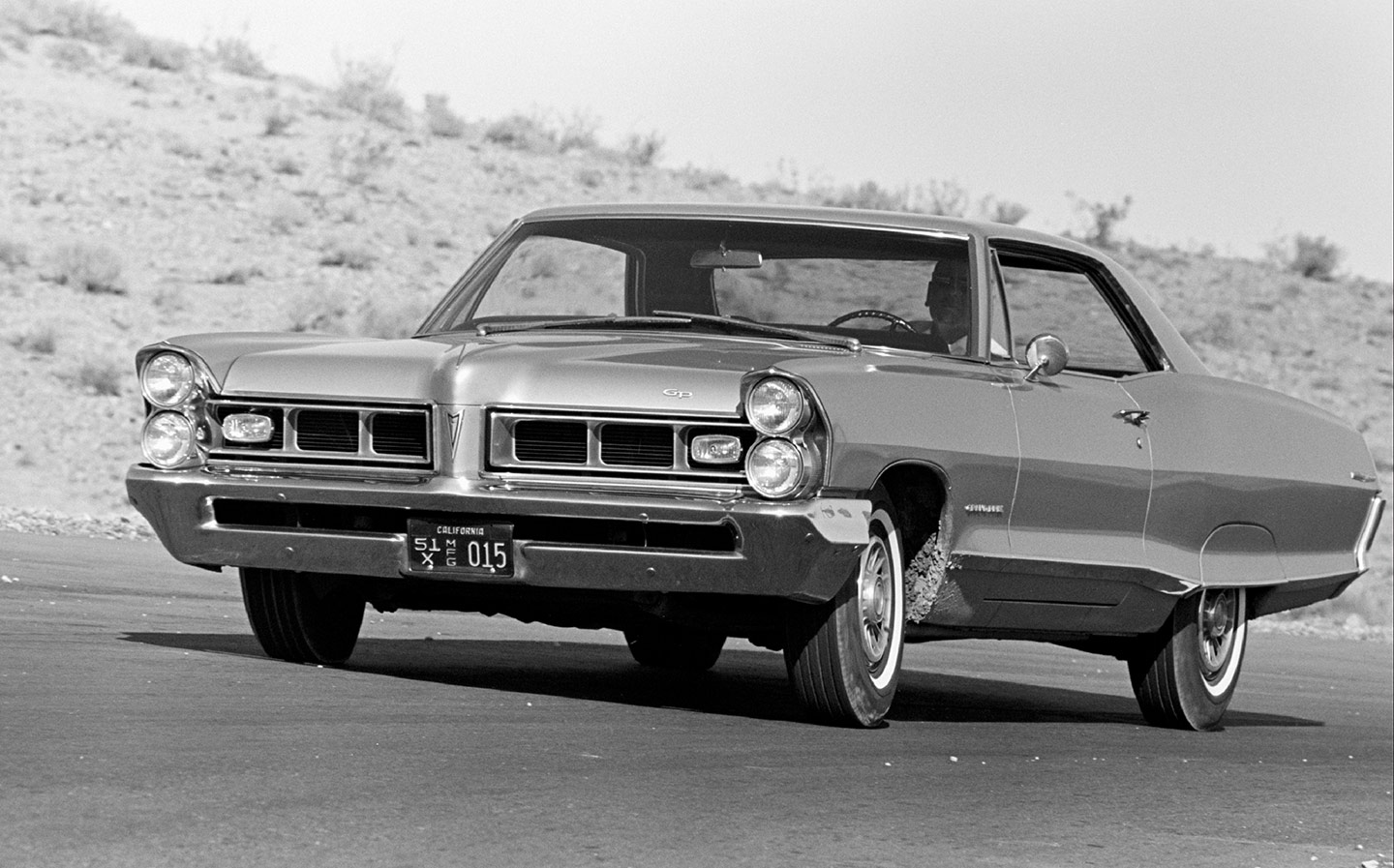 You’ll struggle to find anyone who hasn’t heard of the Ford Mustang, car enthusiast or otherwise. The same could be said for Corvette and Challenger if you live in the States.

However, the seemingly commonsense notion of dropping an American built, roaring V8 into a sleek coupé body wasn’t common practice until Pontiac first popularised the recipe.

Some may argue that the Chrysler C-300 or Oldsmobile Rocket 88 are the rightful innovators, and “hot rods” were no new thing at that time, but Pontiac set the template for muscle cars as we know them today.

The ’64 GTO started life as a range-topping version of the equally coolly named ‘LeMans’ but after significant interest from buyers it became a model in its own right.

A 325hp, stylish sedan that was also affordable, it was an instant hit and paved the way for the more iconic Dodge Charger and Ford Mustang, which also arrived in 1964.

The brand may have been laid to rest in 2010 but the legend of the GTO lives on in every ‘epic burnout fail compilation’ uploaded to YouTube.

Prior to 2012 performance electric cars were non-existent and actually desirable ones even rarer. Electric vehicles (EVs) had gained a fairly lame reputation on behalf of the G-Wiz which Top Gear famously mocked ruthlessly. It didn’t help that Top Gear was pulling in an average of 7m UK viewers in its prime. When most people thought of electric cars the iconic milk float came to mind.

But then a man called Elon Musk, who’d made a fortune setting up PayPal, converted a Lotus Elise to run on battery power, creating the Tesla Roadster — a zero emission rocketship. That was a niche car but he found commercial success with the Model S, a premium saloon with equally extraordinary performance but even greater range per charge. Suddenly EVs became a tasty prospect.

Effortless cool, minimalist design, those iPad-centric interiors and jaw dropping performance made EVs desirable for the first time. Increasingly tough global emissions regulations, and more serious concerns about climate change and local air quality, meant that it came at exactly the right time. And it’s fair to say it changed the world, with all car makers now scrabbling to catch up with their own high end, long-range, fast electric cars.

2 Volkswagen Beetle – Motoring for the masses 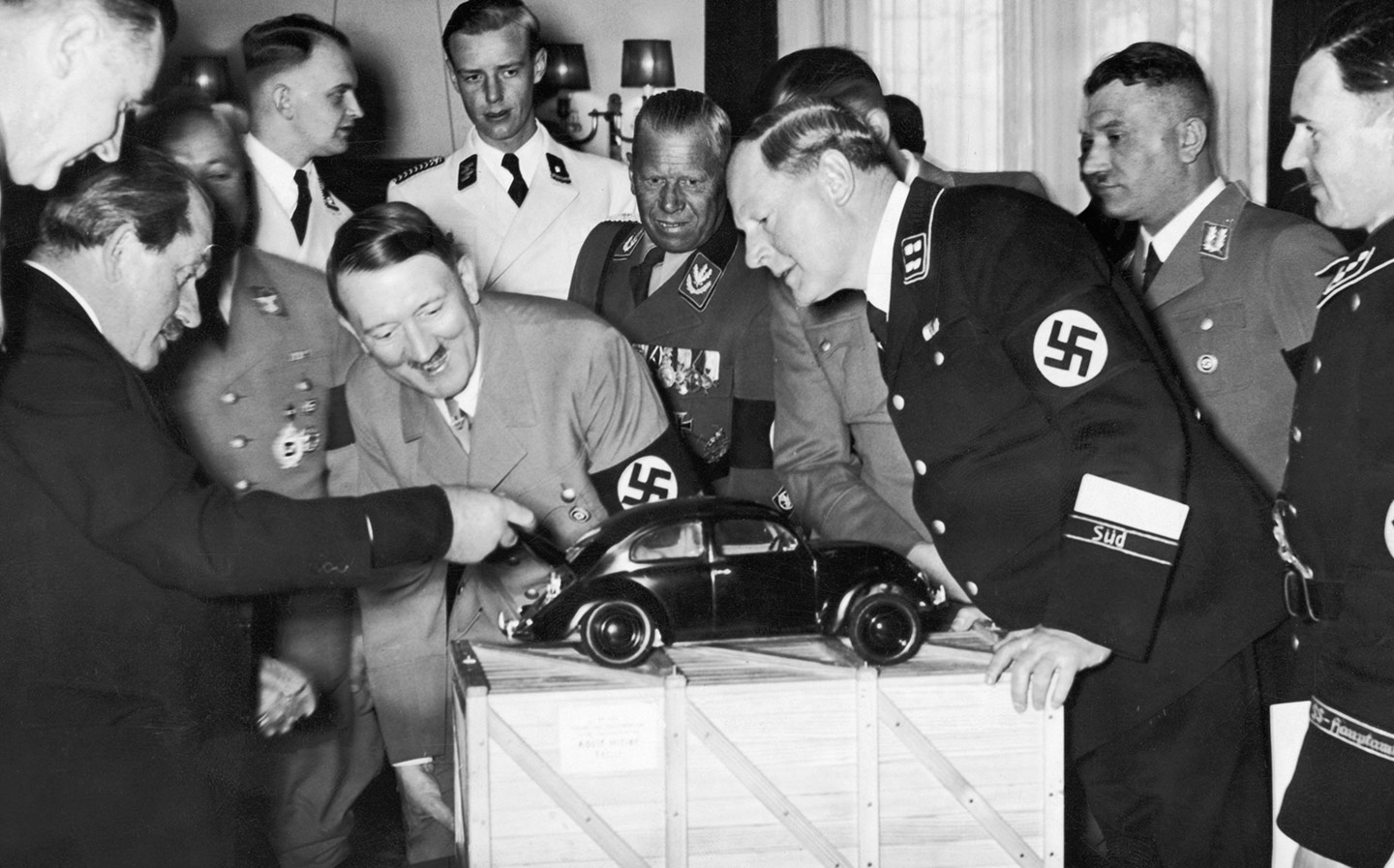 This list wouldn’t be complete without one of the true world beaters – a car which is still desirable and maintains a large enthusiast following to this day.

It’s hard to imagine that the cute bug first sketched on a napkin by Ferdinand Porsche would become so popular – prior to its release only 1 in 50 Germans owned a car – by 1992 over 21m had been produced. Though that was the point: the country’s National Socialist party, and specifically Adolf Hitler, wanted to create a car for the masses, to help invigorate the economy, as a new pristine road network was swiftly developed. Volkswagen literally means “people’s car”.

Simple engineering, cheap easily replaceable parts, and unique styling are a winning combination. What a revelation. 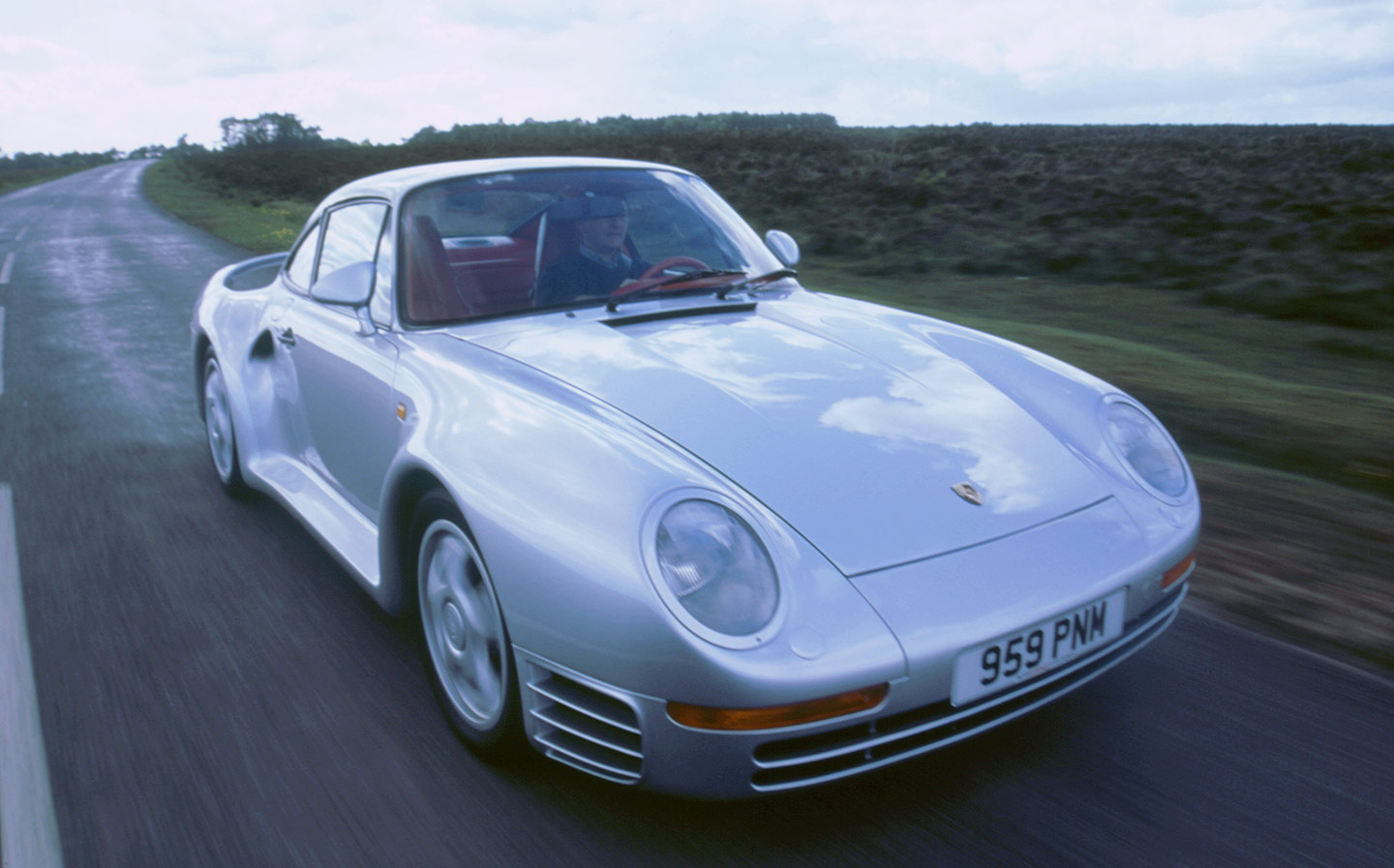 The Beetle can be thanked for bringing motoring to the masses but very few adorned our bedroom walls as childhood heroes.

The modern generation of unobtainable hypercars from Ferrari, Lamborghini, Koenigsegg and Pagani wouldn’t exist without the complete disregard for convention that Porsche demonstrated when building the 959.

During the 1980s, analogue supercars were the norm. Porsche shook this up with the 959 – the most technologically advanced car in the world.

Twin-turbocharged, live torque distributing all-wheel drive and automated self-stabilising suspension are just a few examples of its electronic wizardry. Therefore, it comes as no surprise it boasted some ludicrous performance figures to match, such as a 211mph top speed and 0-60 time of 3.9 seconds.

It wasn’t greatly loved by motoring journalists at the time, but the 959 is undeniably a true pioneer of the motoring world. If like me you enjoy reading about the latest 10,000bhp hybrid-powered, air-suspensioned, active-aero’d hypercar, then it’s the 959 you have to thank for pushing the tech and performance envelope that bit further.

You’ll have your own top five, of course. Tell us what you think should have been included in the comments below.