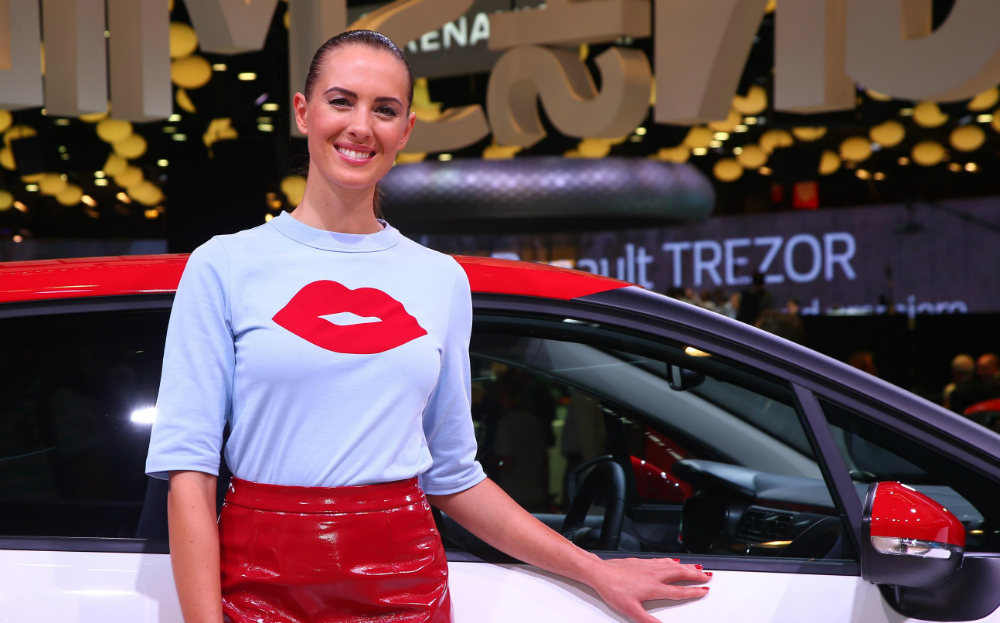 SOME OF the biggest names in the car industry decided to snub this week’s Paris motor show, including Ford, Volvo, Mazda, Rolls-Royce and Bentley, but there was still a host of attention-grabbing new cars that will soon be on sale at a showroom near you.

Audi, BMW, Citroën, Honda, Land Rover and Mercedes had clearly kept their designers and engineers busy: all unveiled models at the Porte de Versailles exhibition centre. While the cars on display were mostly mainstream, there was also a welcome helping of sports car sparkle from Ferrari and Porsche.

The show runs until 16 October, so there’s plenty of time to catch a plane, take the train or hop into the driving seat and see the latest new cars for yourself. Here are the highlights of the 2016 Paris motor show. 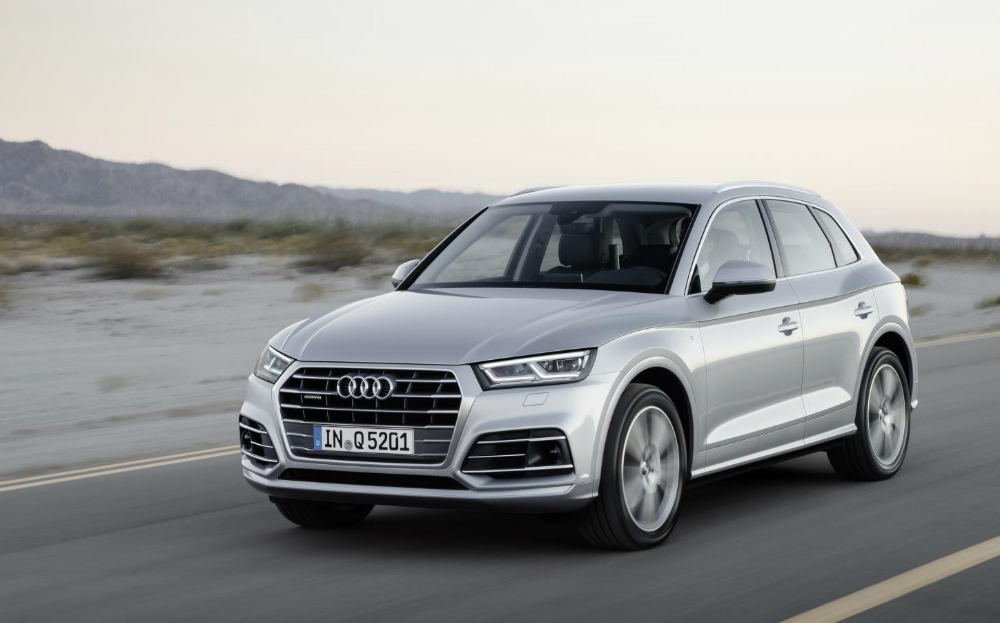 The first sport utility vehicle (SUV) vying for the attention of the upwardly mobile is Audi’s Q5. It’s another evolutionary Audi — don’t expect to gaze in wonder when you first encounter it — but there are significant improvements on the outgoing model. It weighs 90kg less, which should improve fuel consumption, performance and roadholding, and the interior, shared with the new A5, is a masterpiece of Audi design. The Q5 will go on sale in the spring, and the range of versions will grow over time to include the fast S and superfast RS variants and a plug-in hybrid. Also on view at the Audi stand is the new A5 Sportback, a five-door hatchback version of the handsome A5 coupé. 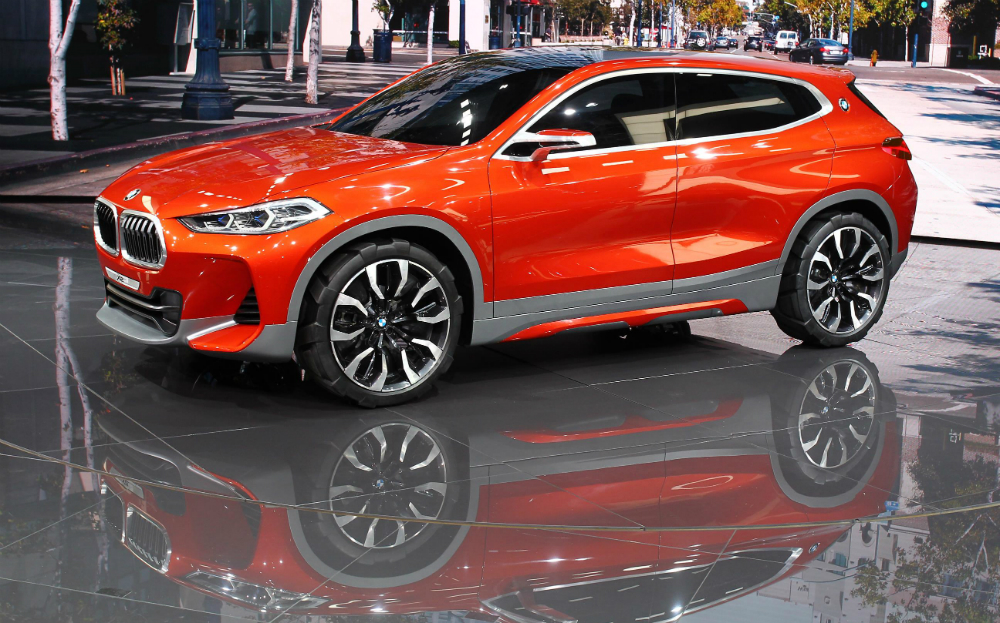 Drivers have seen the rise and fall of large 4x4s. Then came the boom in crossovers. Next it’s coupés crossed with SUVs that are expected to bring customers to showrooms. BMW started this trend with the X6 of 2008, followed by the X4. Now it’s planning to release an X2, which is on show as a concept car in Paris. The X2 is far prettier than its larger siblings, and has a choice of front-wheel or four-wheel drive. Prices are expected to start at £30,000. 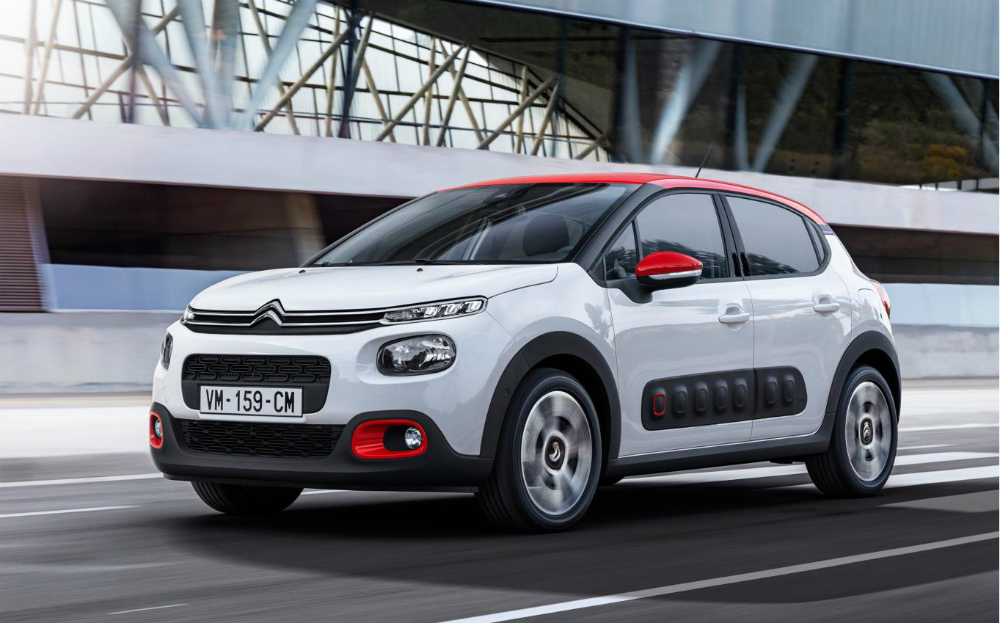 Small cars often have bags of character, and one of the most distinctive is Citroën’s new C3. Taking on the Ford Fiesta while borrowing heavily from the quirky C4 Cactus, it’s cute and appealing without being too feminine.

The Airbump rubber bodywork inserts, derived from the Cactus, protect against clumsy Parisian parkers. Other practical touches include a built-in dashboard camera, which may record who is at fault in the event of an accident. We’re not sold on having to operate most of the controls through various menus and submenus on the car’s touchscreen display, though. It will go on sale early next year, priced from about £10,000. 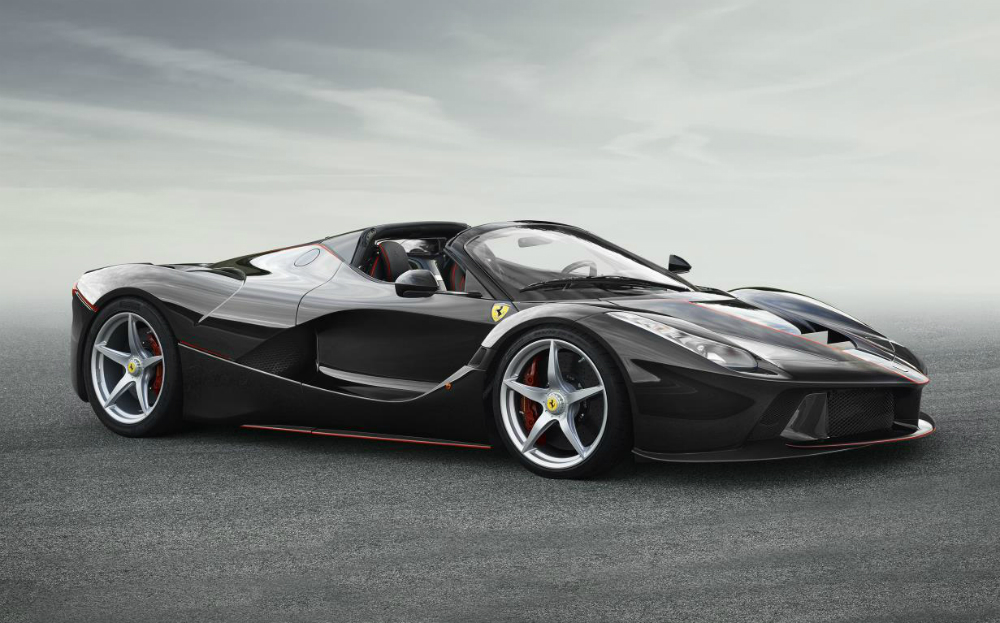 Debuting in Paris is the Aperta, a convertible version of the LaFerrari  capable of 217mph. It has a so-called quartic steering wheel, like the Austin Allegro, but that’s surelythe only similarity. Ferrari won’t tell us the price but has revealed that the car is already sold out.

So too are the 350 limited-edition Ferraris that will be built to celebrate the company’s 70th anniversary next year. Seventy liveries will be produced to feature on each of the five current models in Ferrari’s basic range. The liveries are all based on Ferrari racing cars of the past; we rather like the 488 GTB Schumacher, based on the 2003 championship-winning F1 car. The Steve McQueen tribute in brown and beige is another matter.

One Ferrari you can buy is the new GTC4 Lusso T. It replaces the V12 in the standard Lusso with a twin-turbo V8 and ditches the four-wheel-drive system in favour of rear-wheel drive. It has 72bhp less than the V12 and will thus make do with a mere 602bhp. There’s no price yet, but expect this “entry-level” GT4C to cost more than £200,000. 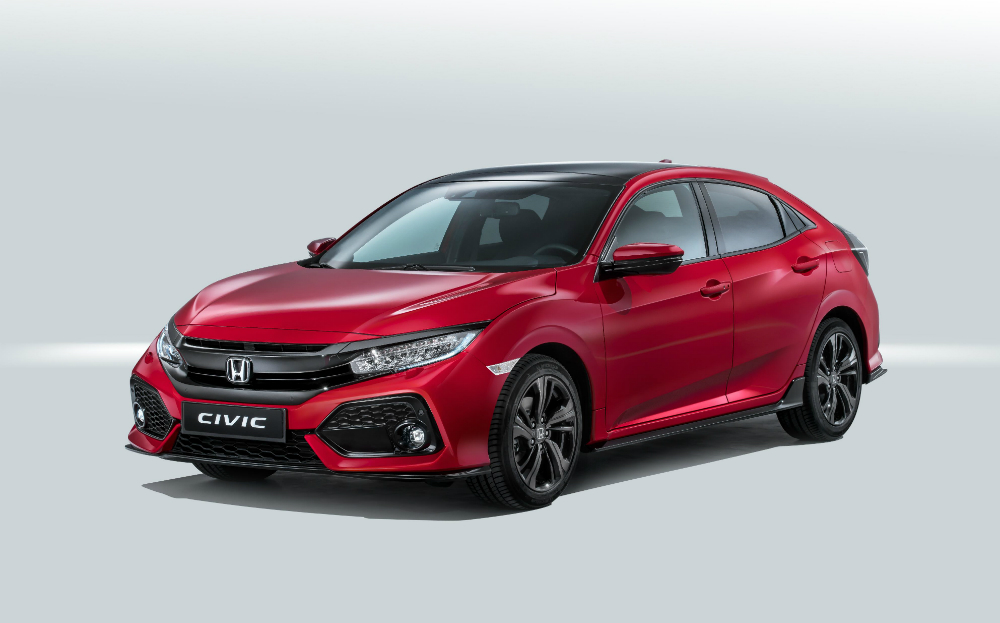 Given the eccentric nature of some cars displayed in Paris, it is almost a relief to see a sensible hatchback from Honda — a new Civic, to be built in Swindon. While the car is larger and more spacious than the previous version, it’s questionable whether it can seduce the younger buyers Honda craves. The Japanese company is giving a good indication of how the next-generation Civic Type R will look, with a concept car featuring a turbocharged four-cylinder engine and more wings than a Typhoon fighter plane. 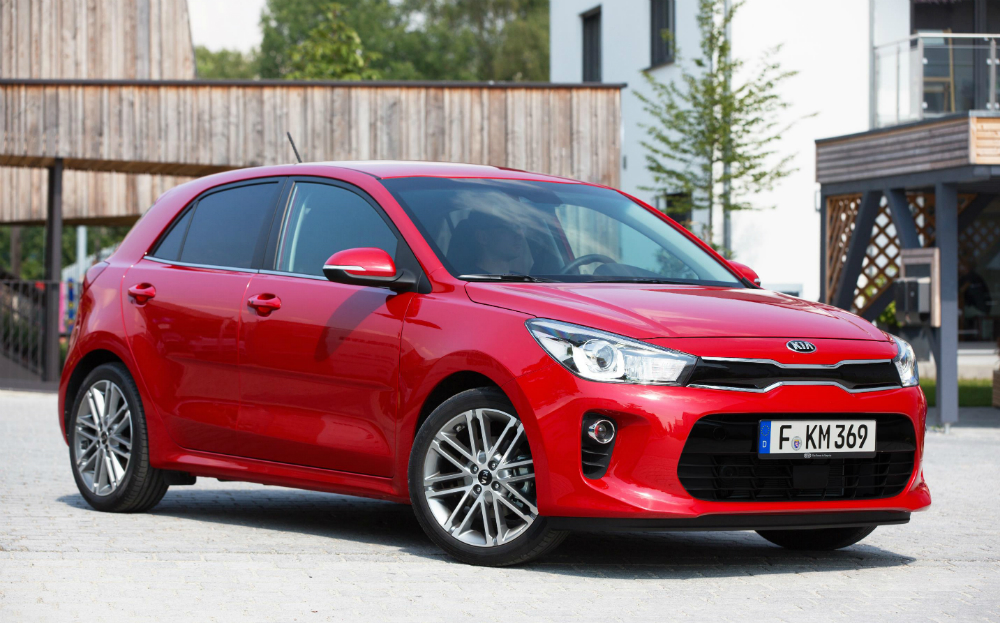 Citroën isn’t the only manufacturer looking to eat away at the popularity of market leaders such as the Ford Fiesta. Kia is challenging too, with a new version of the Rio supermini. If the styling of the bodywork looks a little Germanic, it’s probably because Peter Schreyer, Kia’s head of design, used to be in charge of the pens and pencils at Audi.

The Rio has always combined a solid drive with plenty of cabin space and competitive prices — and Kia’s seven-year warranty. The new model improves the small car’s desirability, with a plusher interior and more mod cons, including an automatic braking system that can detect pedestrians who step out into the path of the car. Let’s hope drivers don’t have to put it to the test when the Rio goes on sale in the spring, priced from around £11,000. 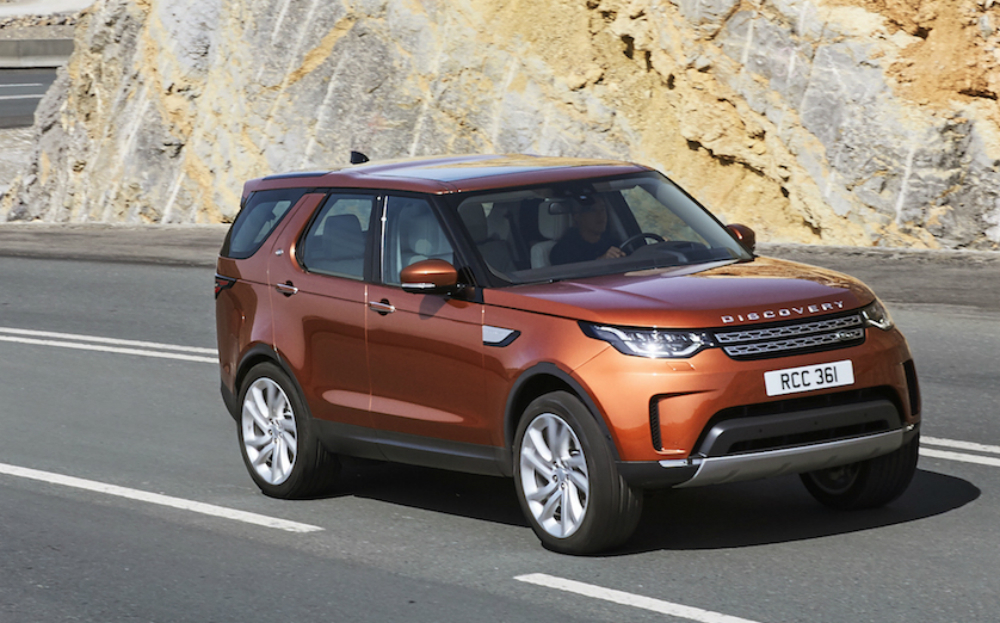 Although Land Rover is displaying the new Discovery at the Paris motor show — and not before time, given the last model was 12 years old — it also held a launch event at a historic mansion near its Solihull factory. Bear Grylls, Sir Ben Ainslie, Zara Phillips, a horse and 5,805,846 pieces of Lego in the shape of Tower Bridge made for an event that resembled a low-rent version of the Olympics opening ceremony. What this said about a brand renowned for its authenticity is a moot point.

Another moot point is how similar the Discovery looks to the much cheaper Discovery Sport. Less utilitarian in style than its predecessor – the next Defender will tick that box – it does have seating for seven and an interior that feels more luxurious for not trying too hard. Well-to-do school-run mums should love it when it hits showrooms in spring, priced from £43,495. 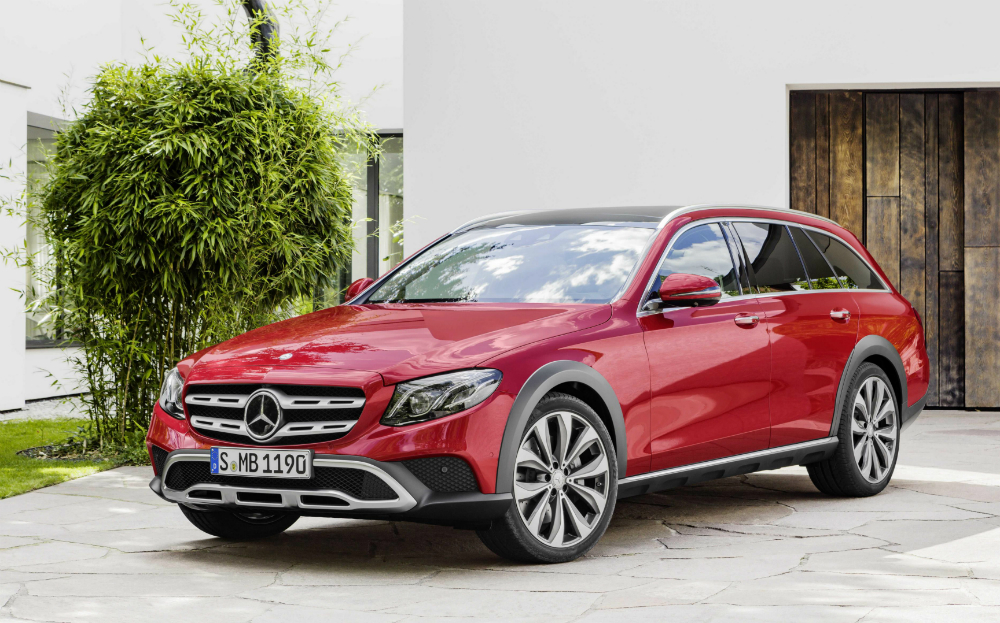 The E-class All Terrain is a jacked-up version of the E-class estate with chunky bumpers and four-wheel drive. It’s a rival to the Audi A6 allroad and the new Volvo V90 Cross Country and caters to those who don’t want an SUV but do want to bumble up a grassy hillock or down the sailing club slipway.

It is sharing floor space with two roadster versions of the Mercedes-AMG GT. Both have a 4-litre twin-turbo V8 engine, and the standard version develops 469bhp — slightly more than the coupé. Above that sits the AMG GT C roadster, with 549bhp — substantially more than the 503bhp GT S coupé. The GT C will severely threaten the driver and passenger’s hairdo with its 197mph top speed. 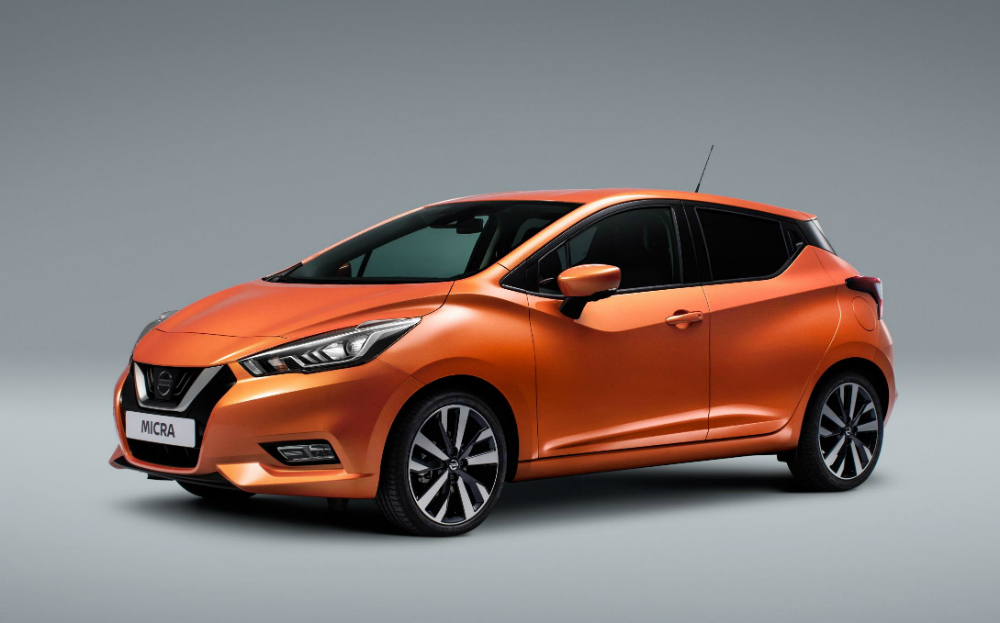 If you can’t beat them, join them, seems to be the approach Nissan has taken with the 2017 Micra supermini. It apes, again, the Ford Fiesta and its kind, looking like a quantum leap forwards from the dreary old model. It has a whole host of driver-assisting technology, including Apple CarPlay, and its sharply styled bodywork should help it stand out from the Fiesta, Vauxhall Corsa and VW Polo. It goes on sale in March, from around £11,000. 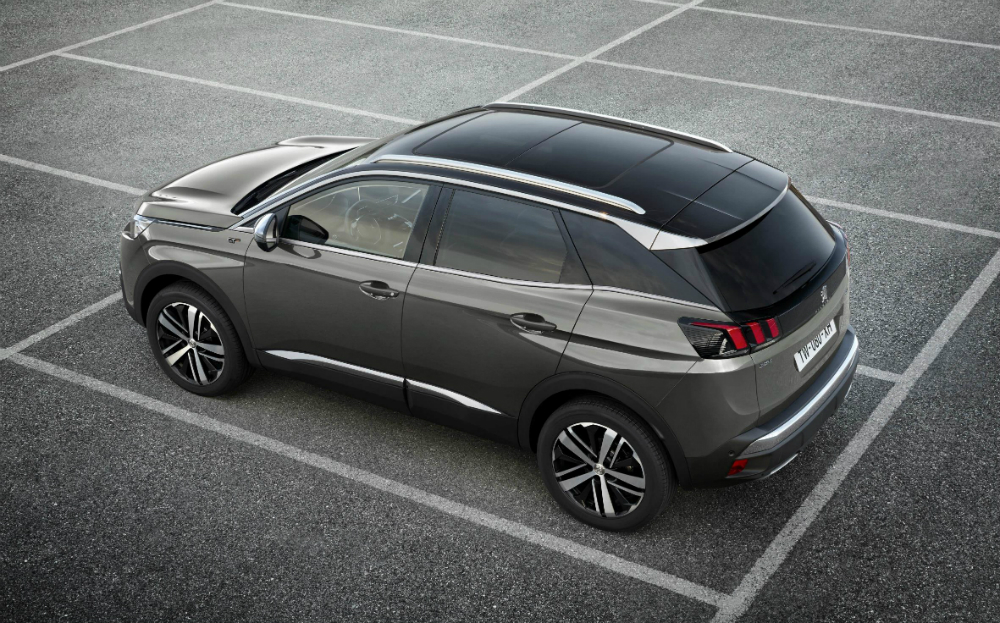 It’s taken Peugeot a long time to jump on the crossover bandwagon, but now it’s woken up to the demands of today’s car buyers, it is turning out handsome cars such as the 3008 and 5008. The latter is a seven-seat rival to the Renault Grand Scénic, but it’s the smaller 3008, which goes on sale this month for about £20,000, that caught our eye. It’s probably the best-looking Peugeot since the 106 was born 20 years ago and will take on the Nissan Qashqai and Toyota’s handsome new C-HR, also launched in production form in Paris. 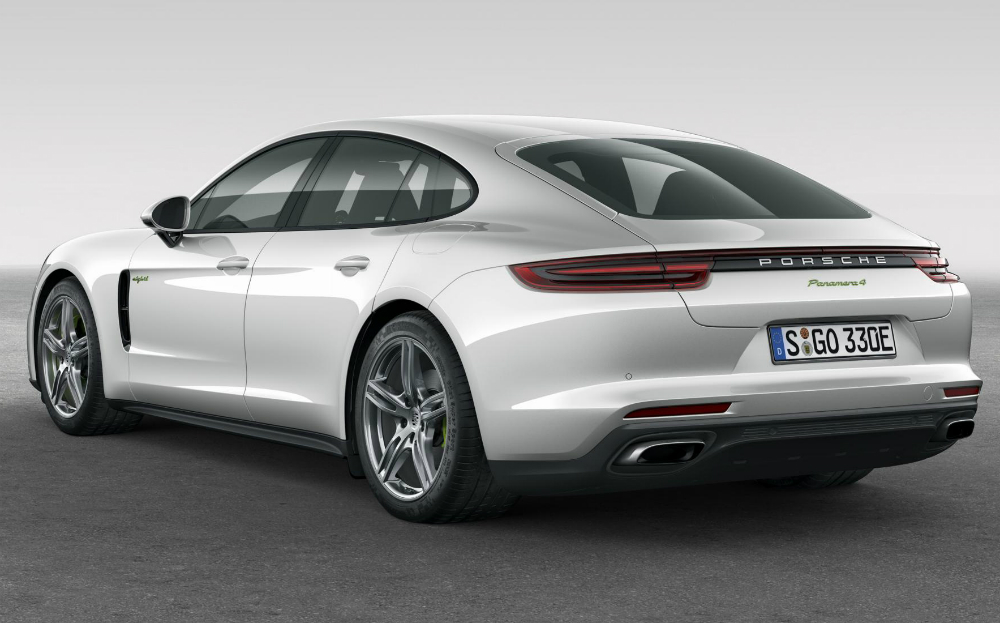 Sales of plug-in hybrid electric cars (PHEVs) are surging, so it’s little surprise Porsche has brought out a PHEV version of the latest Panamera. It supposedly emits just 56g/km of CO2 and achieves 113mpg, travelling up to 31 miles on a battery charge before the 2.9-litre twin-turbo V6 petrol engine kicks in. The eight-speed dual-clutch automatic gearbox is an improvement on the last model’s traditional auto. The hybrid goes on sale in April, priced from £79,715. 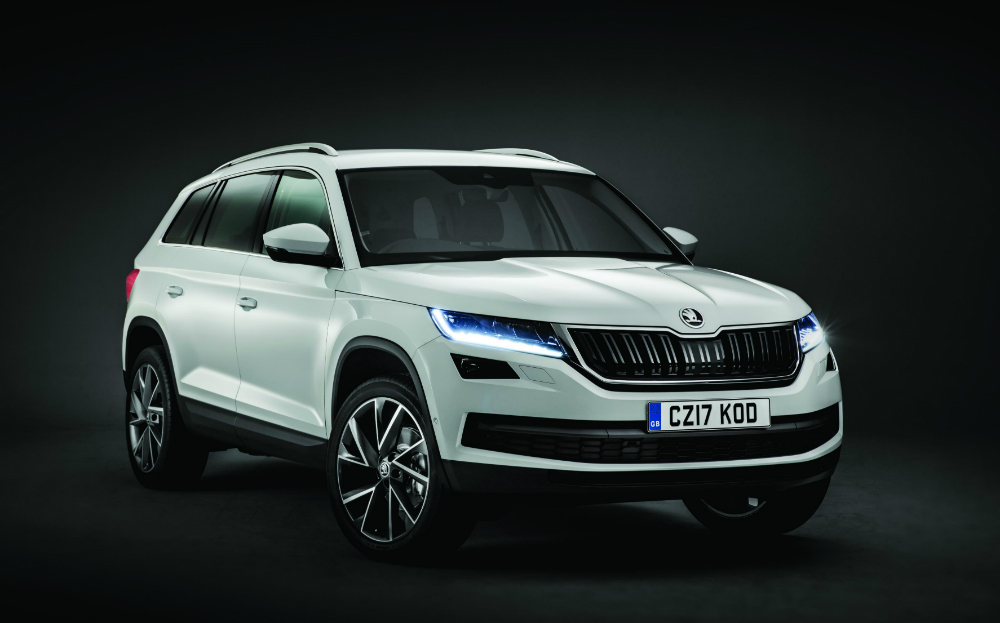 Skoda is exhibiting the Kodiaq, a seven-seat SUV that sit above the popular Yeti in the Czech car maker’s range. If the price is competitive, the Kodiaq should neatly encapsulate Skoda’s offering: practical, sensible, good-value motoring from a brand that is inching ever further upmarket. It is likely to cost around £22,000 when it goes on sale later this year.

The best concept cars of the 2016 Paris motor show 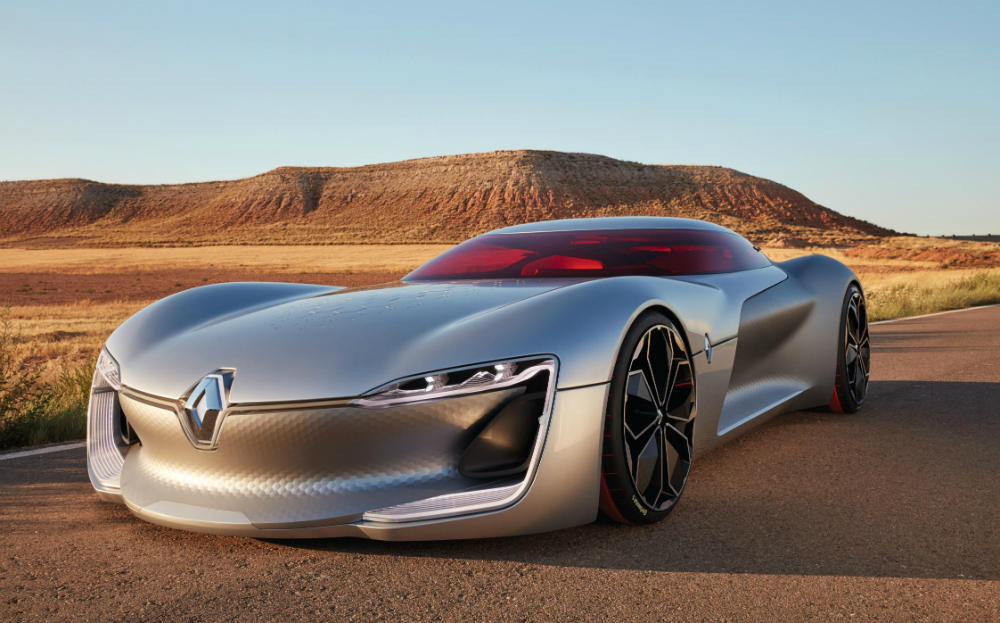 Time was when motor shows were packed with outrageous concept cars. These days the industry takes itself much more seriously, but there are at least a couple of curiosities.

Mitsubishi is showing off the Grand Tourer PHEV concept, which hints at the future styling direction of a company buoyed by the success of the hybrid Outlander. Even more outlandish is the Renault Trezor. Powered by an electric motor from a Formula E racer, it’s outlandishly beautiful — and will never be built.