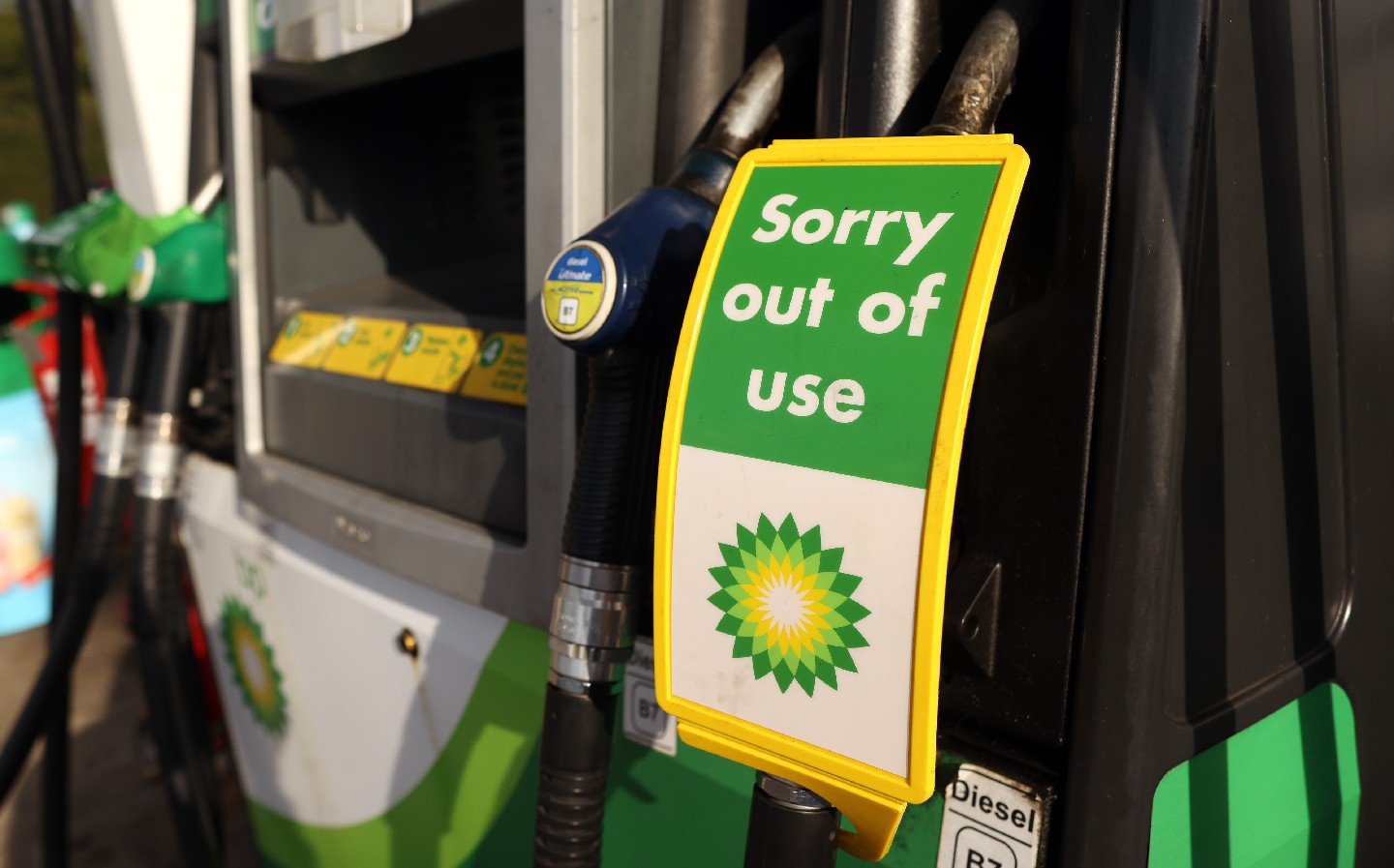 The environmental activist group Just Stop Oil has created disruptions at three oil terminals in the south of England, leading to reports of long queues and fuel shortages at some filling stations.

Reports from various sources indicate that deliveries of oil from the terminals have been disrupted as a result of the protests, leading to the closure of one in three petrol stations in some parts of the UK according to The Sun and 1,200 pumps south of the midlands running dry, according to other reports.

“We are getting credible intelligence that one in three garages have run dry of petrol and/or diesel particularly in the south, because of the ‘stop oil’ amoebas,” tweeted the campaign group Fair Fuel UK over the weekend.

Commenting on the protests and rumours of shortages, a government spokesperson said:

“We are aware that protest activity at some oil terminals has led to short-term disruptions to fuel deliveries over the past few days. The local police forces are working with the industry to ensure that fuel supplies can be maintained.”

The Home Secretary, Priti Patel was even more strident, branding the protesters as “selfish, fanatical and frankly dangerous so-called activists.”

“We cannot stand by while criminal acts are being committed, and lives are being put at risk, in the name of protest,” said Assistant Chief Constable for Essex, Glen Pavelin.

“We are not anti-protest. Our job is to preserve life and catch criminals, and that’s what we’re going to do. Today’s protest is exceptionally dangerous due to where the protesters have located themselves within the site.

“Our officers have been diligent in ensuring that all protesters know the risks involved, and we’ve been working hard to minimise the dangers this morning. Put simply: we don’t want anyone to get hurt.”

Some 180 protesters have now been arrested due to the ongoing protests at the Kingsbury terminal. In one incident, activist groups dug a tunnel under a tanker route out of the terminal concealed by a modified caravan parked at the side of the road and surrounded by Just Stop Oil protesters. Despite arrests, five people remain inside the caravan working on the tunnel according to a statement released by the group.

The protests come amid record-high fuel prices exacerbated by the Russian invasion of Ukraine, which have seen diesel break the £2 per litre mark in a number of locations over the past few weeks. The spiralling cost of fuel led to the Chancellor, Rishi Sunak, announcing a 5p cut to fuel duty as part of his Spring Statement mini-budget and, though prices have fallen, they remain notably high at 162.44p per litre on average for petrol and 176.74p per litre for diesel.

The protests also follow the Intergovernmental Panel on Climate Change’s recent stark report warning that it was “now or never” for countries to reduce their carbon emissions so as to avoid average global temperatures exceeding 1.5°C above pre-industrial levels, the point at which most of the effects of climate breakdown will become irreversible. The environmental impact of failing to massively reduce carbon emissions by phasing-out the use of fossil fuels and decarbonising the transport sector in the coming years will be “catastrophic” according to the IPCC’s previous report released in February.