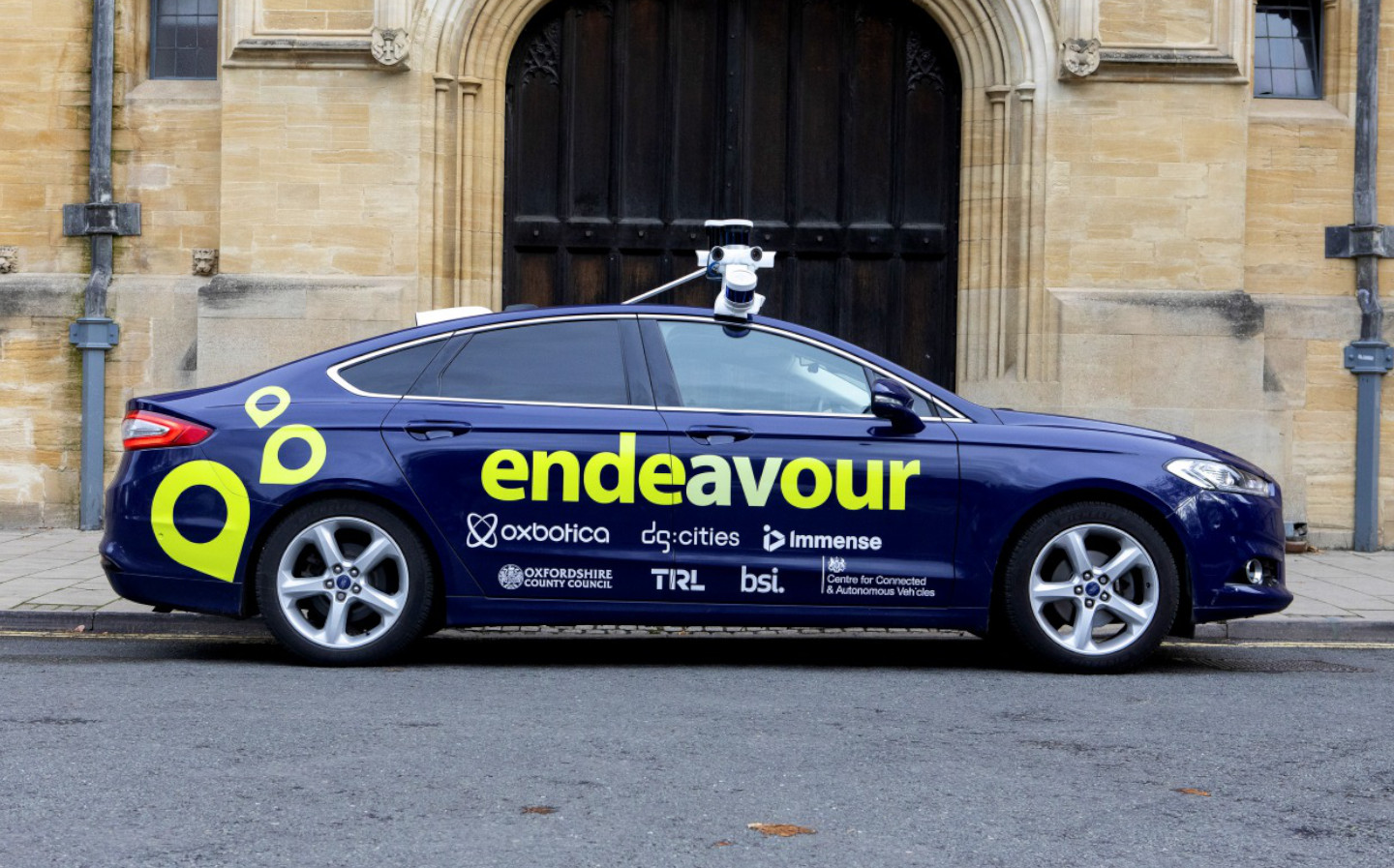 A FLEET of six autonomous Ford Mondeos have taken to the streets of Oxford, fitted with all the necessary tech to amble around the picturesque streets of the city without a driver. By law someone must still be behind the wheel of the car, and the trial has added a passenger for extra safety, but the cars include full self-driving upgrades created by Oxbotica so that the human occupants shouldn’t need to take over control.

The route that the cars are taking is around nine miles in length and goes from the Parkway station to the north of the city down to its central railway station. The cars meet the criteria for level four autonomy, which means that they should be able to drive themselves without any human interaction, though within specific areas and with controls so that a driver can still take over at any time. No passenger car currently on sale offers this, and in fact even the most advanced self-driving cars available to buy today are only considered “level three ready” — legally a driver must still always be in control of their car.

The five-month Oxford trial, called “Endeavour”, is expected to cost £12.3m and is partly funded for the Centre for Connected and Autonomous Vehicles. It is the first of several scheduled to take place over the next few months. After the Oxford trial another is slated to take place in Greenwich, London, before further tests in an as-yet-unconfirmed northern city.

The trial comes just two months after the government published a call for evidence regarding next-generation lane-keeping technology, which enables cars to steer themselves within their lane on motorways for extended periods of time without driver input. Currently, cars with lane-keeping assist call on the driver to place their hands back on the wheel if they let go for more than a few seconds. It’s predicted that we could see the more advanced systems allowed on UK roads by next Spring.

Meanwhile, over in the USA, Tesla has rolled out the beta version of its “Fully Self Driving” mode, but only to people that it deems to be “expert and careful” drivers. According to a photograph uploaded to Twitter by the Tesla Owners Silicon Valley twitter account, the technology enables the car to autonomously “make lane changes off highway, select forks to follow your navigation route, navigate around other vehicles and objects and make left and right turns”.

However, Tesla warned those selected to test out the technology that it must be used with “additional caution”, and rather scarily that it could be prone to “do the wrong thing at the worst time”.

“Be prepared to act immediately, especially around blind corners, crossing intersections, and in narrow driving situations,” it warned.

The FSD mode will be available as a software update to Tesla’s current “Autopilot” system. The price of the Autopilot system has been upped to $10,000 (£7,625) in anticipation of a wider rollout.

Tesla CEO Elon Musk told a quarterly earnings call this week that the company would be rolling out the FSD mode with trepidation. “We’re starting very slow and very cautiously because the world is a very complex and messy place,” he said. Musk estimated that a slightly wider rollout of the software could occur “this weekend or early next week”, depending on initial success.

When asked on Twitter about the possibility of a worldwide rollout of the beta software, Musk responded that adapting the system for different countries’ road networks posed a challenge. “So many different traffic signs, rules & languages around world [sic], not to mention driving on left side of road!”

As soon as we complete testing & regulators approve. So many different traffic signs, rules & languages around world, not to mention driving on left side of road! Also, a long & challenging road lies ahead getting to high 9’s reliability (way beyond human).