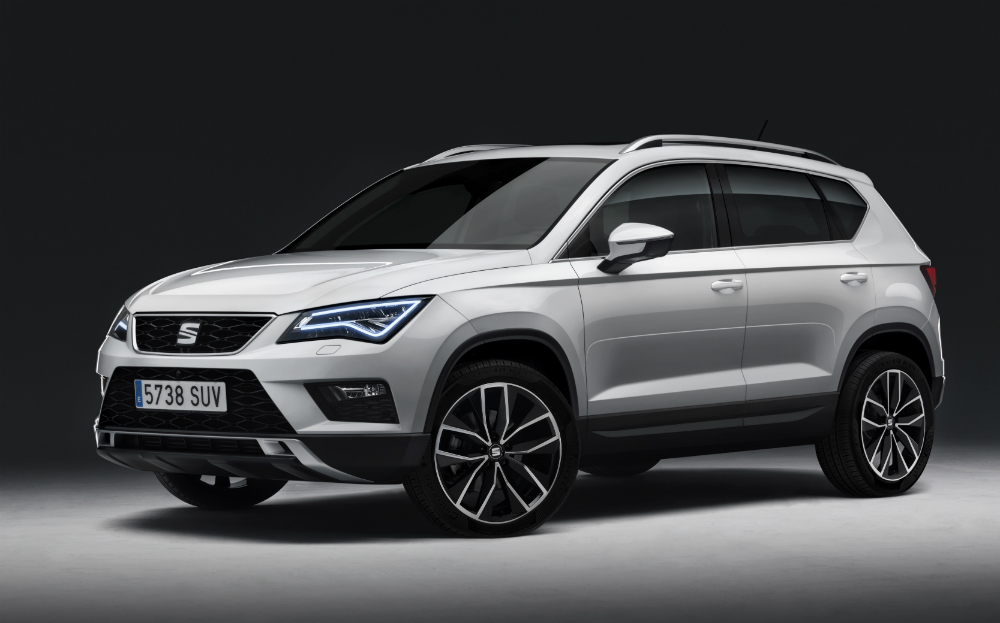 Better late than never – Seat has revealed its first SUV, called the Ateca. The new vehicle, to be launched at next month’s Geneva motor show, will go head to head with rival SUVs including the Nissan Qashqai, Ford Kuga and VW Tiguan when it goes on sale in the UK next September.

The new model is based on the existing Leon hatchback and Seat claims it will bring new levels of driver enjoyment to the mid-size SUV sector. Last week, sales figures revealed that the Qashqai had overtaken the Ford Focus hatchback to become the most popular mid-size family car.

It certainly looks the part with its raised SUV stance and underbody protection, as well as butch styling featuring full LED headlights – at least on top-spec versions – a sloping roofline and flared wheelarches.

Power for the new car, which is available in two or four-wheel drive, will come from a range of two petrol and three diesel engines. Some of them are already in service in Seat as well as other VW Group models and are a choice of 1.4-litre petrols with different power outputs, and 1.6 and 2.0-litre diesels. Manual and automatic DSG transmissions are also offered.

At 4.36m in length, the Ateca is slightly shorter than its group rival, the VW Tiguan. However, Seat claims the new model has the most spacious interior in the class. Meanwhile, with its rear seats in their upright position the boot, at least on two-wheel drive versions, is 510 litres – larger than the Tiguan’s and the Nissan Qashqai’s. 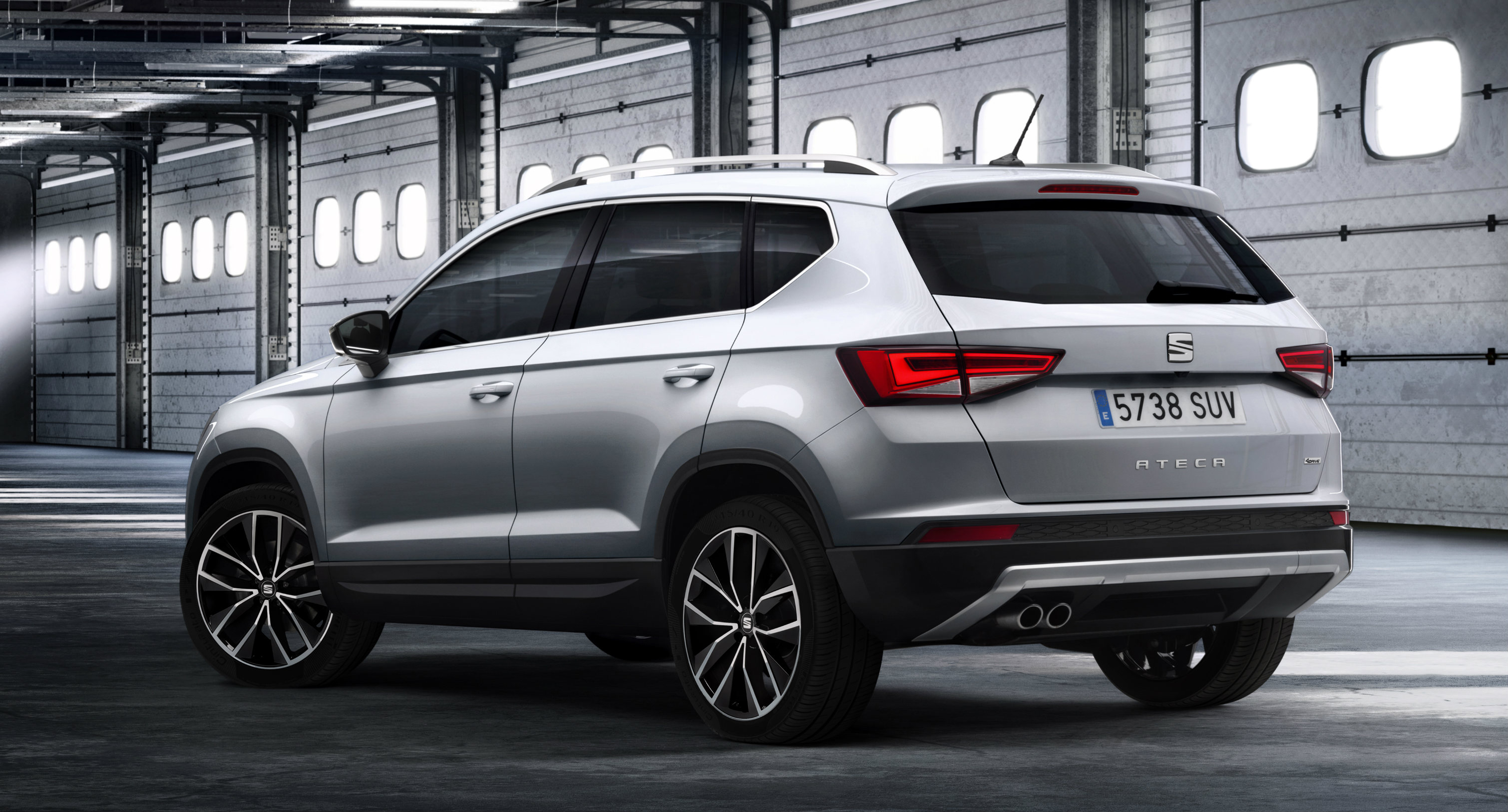 There are three trim levels and an array of standard and optional technologies including traffic jam assist, a semi-autonomous system that steers and brakes the car in stop-start traffic. At higher speeds, it provides support with speed control and lane keeping. 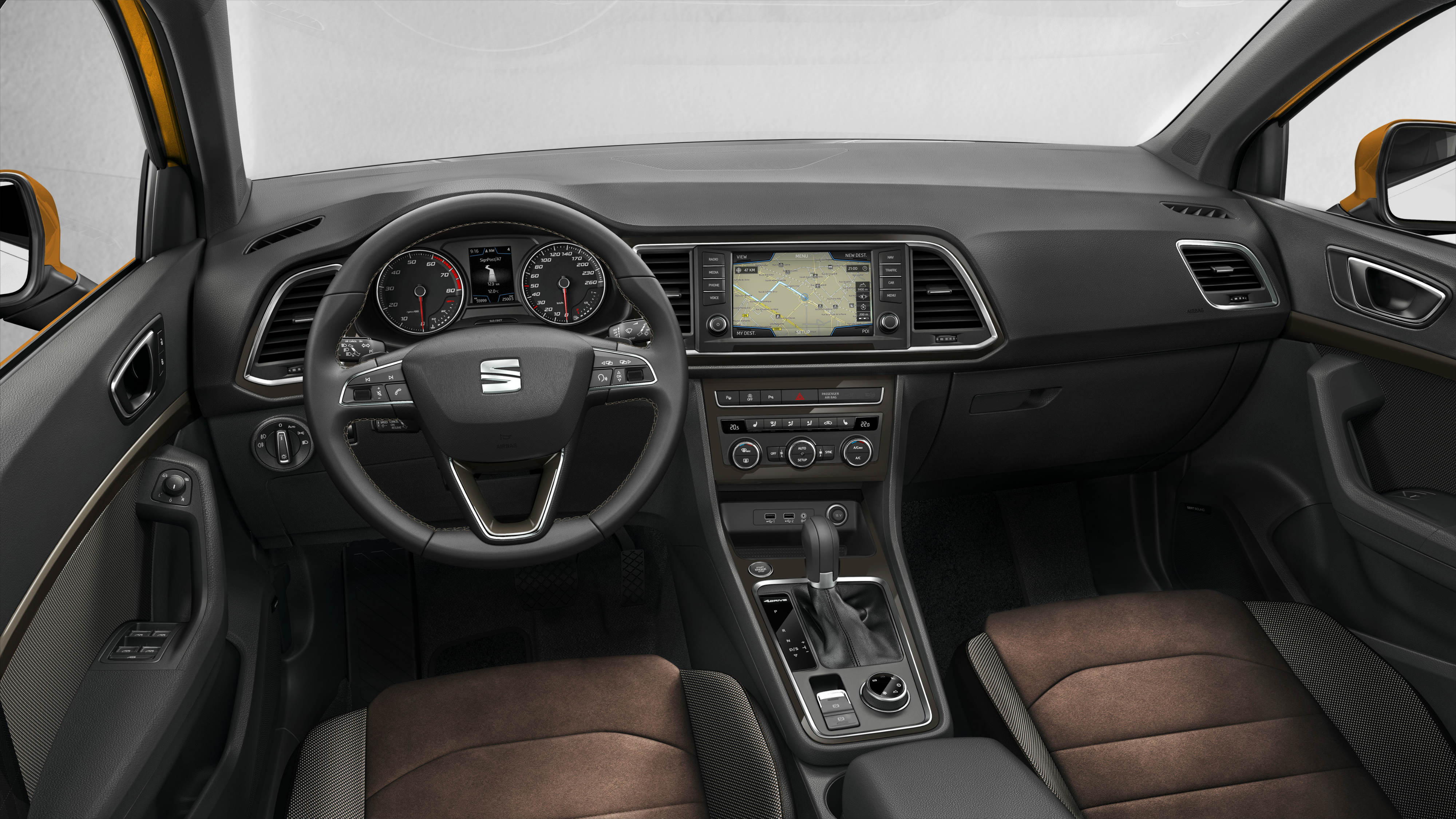 Prices for the new Ateca will be revealed at the Geneva show in March but it will be priced to compete directly with the Nissan Qashqai and the just-launched Kia Sportage, so expect them to start at £18,500, rising to around £30,000.

Read more: Mum to the rescue – with a sensible sized SUV. But which is best, the Nissan Qashqai, BMW X1 or Mercedes GLA?