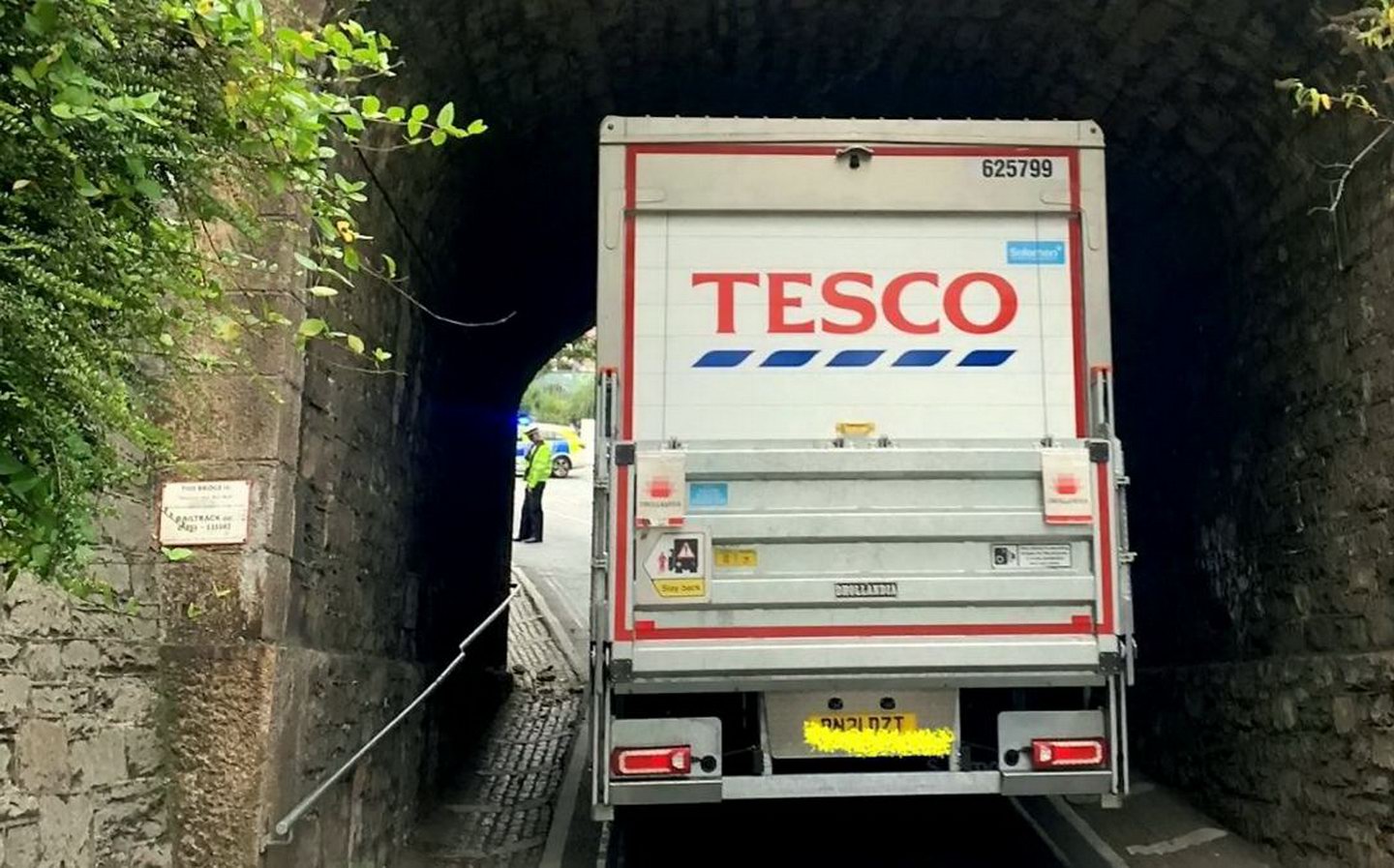 TRAIN services to and from Cornwall have been severely disrupted following an incident in which a Tesco lorry struck a bridge at Mannamead, Plymouth.

The lorry struck the bridge at 3:30pm yesterday, August 30, damaging the stonework and, according to locals, raised the level of the bridge “about three inches”. The HGV became wedged under the arch and took more than 24 hours to remove.

The bridge carries the main — and only — line between Plymouth and Penzance, and the railway was closed yesterday with trains for Plymouth terminating at Exeter St. David’s.

Because of the nature of the damage, Network Rail has said that, though a few slower-moving trains will be able to enter Cornwall today, none will be able to leave eastbound.

Dean Shaw of Network Rail said: “We expect disruption through until the weekend. The lorry was stuck there for 24 hours but fortunately the damage wasn’t made any worse when it was taken out.”

Replacement bus services have been running between Plymouth, Exeter and Tiverton Parkway.

A spokesperson for Great Western Railway, however, has said that: “We are advising to only travel if you need to, as trains and bus replacements are expected to be busy.”

Tesco has apologised for the incident, saying: “A heavy goods vehicle operated by one of our logistics partners struck a railway bridge at Ashford Hill, Plymouth, which has caused the bridge’s closure. We are very sorry for the problems this has caused for travellers, and we are investigating how this has happened.”

The company has ordered an investigation.

This once again highlights the huge problems that can be caused by bridge strikes, with around five per day being hit by oversized vehicles in the UK, costing around £20 million per year.

“This is happening far too often where thousands of passengers have their plans ruined by careless driving. We are urging all lorry drivers and haulage companies to take better care, look out for the height warnings on all of our bridges and take a second to think before taking a risk and causing disruption to so many people’s lives.”

The UK currently has a shortage of lorry drivers, caused by Brexit and Covid, according to experts. Many operators have raised the salaries of drivers in order to encourage licence holders to join their businesses and keep goods moving.