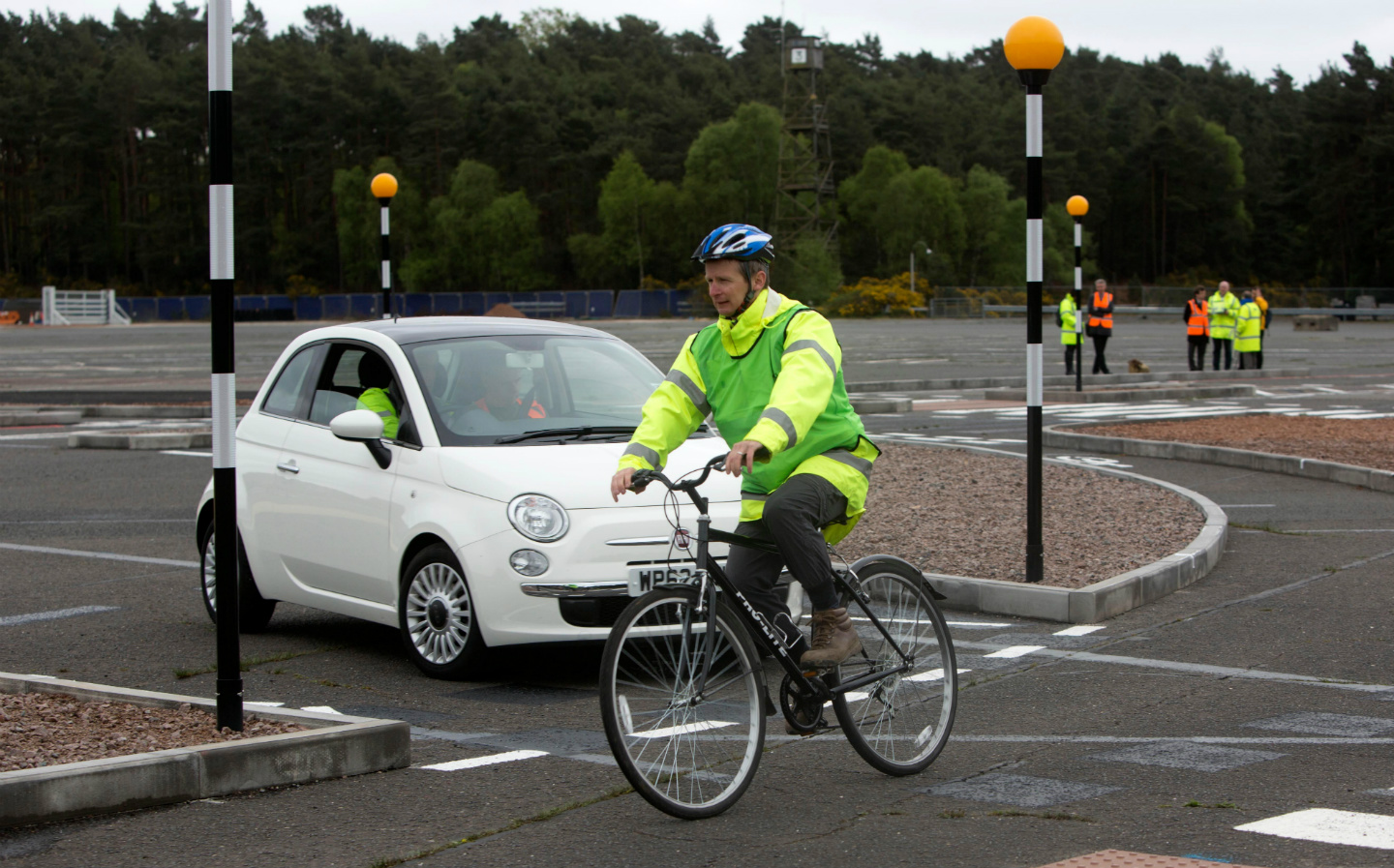 THE NUMBER of people taking to the road by bicycle has dropped amid mounting concern over traffic levels.

Figures published by the Department for Transport show that the average adult made only 15 journeys by bike in 2016, a drop of two compared with ten years before. Overall the number has flatlined, fluctuating between 14 and 18 trips since the mid 1990s.

The study showed that almost six in ten adults believe that it is too dangerous to cycle on the road. Women are far more likely than men to be put off by the amount of traffic or the condition of road surfaces.

The findings, based on two large surveys of people in England, were published weeks before the government is expected to launch a review of cycle safety that may consider minimum passing distances for cars overtaking bikes and making cycle helmets compulsory for all riders.

However, the study also found that each cyclist was riding further, with an average journey of 3.5 miles in 2016, up from 3 miles in 2015 and 2.4 miles a decade before. 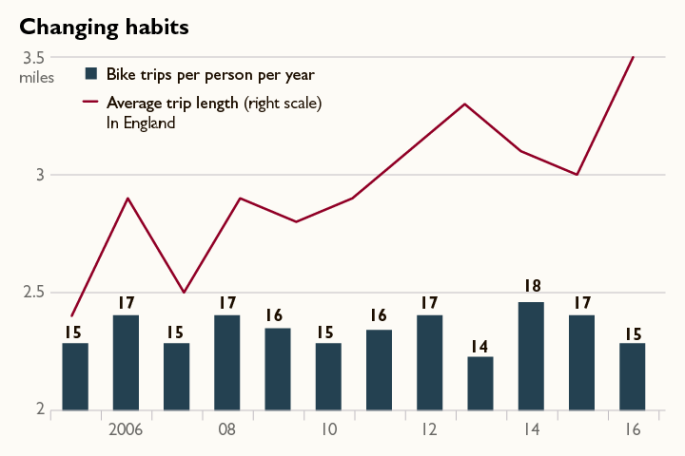 White men are far more likely to cycle than any other group, reinforcing the stereotype of cycling being dominated by the “mamil” — middle-aged man in Lycra. Campaigners said that the figures represented a long-term failure by governments to promote cycling and invest in safe streets.

Last year the government published the first cycling and walking investment strategy, designed to get more people out of their cars and using healthy modes of transport.

Cycling UK said that this was hamstrung by a lack of funding, with government spending on cycling set to fall to 72p per head in the next two years. Investment is skewed by big spending in cities such as London and Manchester, it said, where investment stands at £17 per person.

Jesse Norman, the transport minister, said: “Cycling and walking are good for your health and for the environment, and it is great to see that people are cycling longer distances.