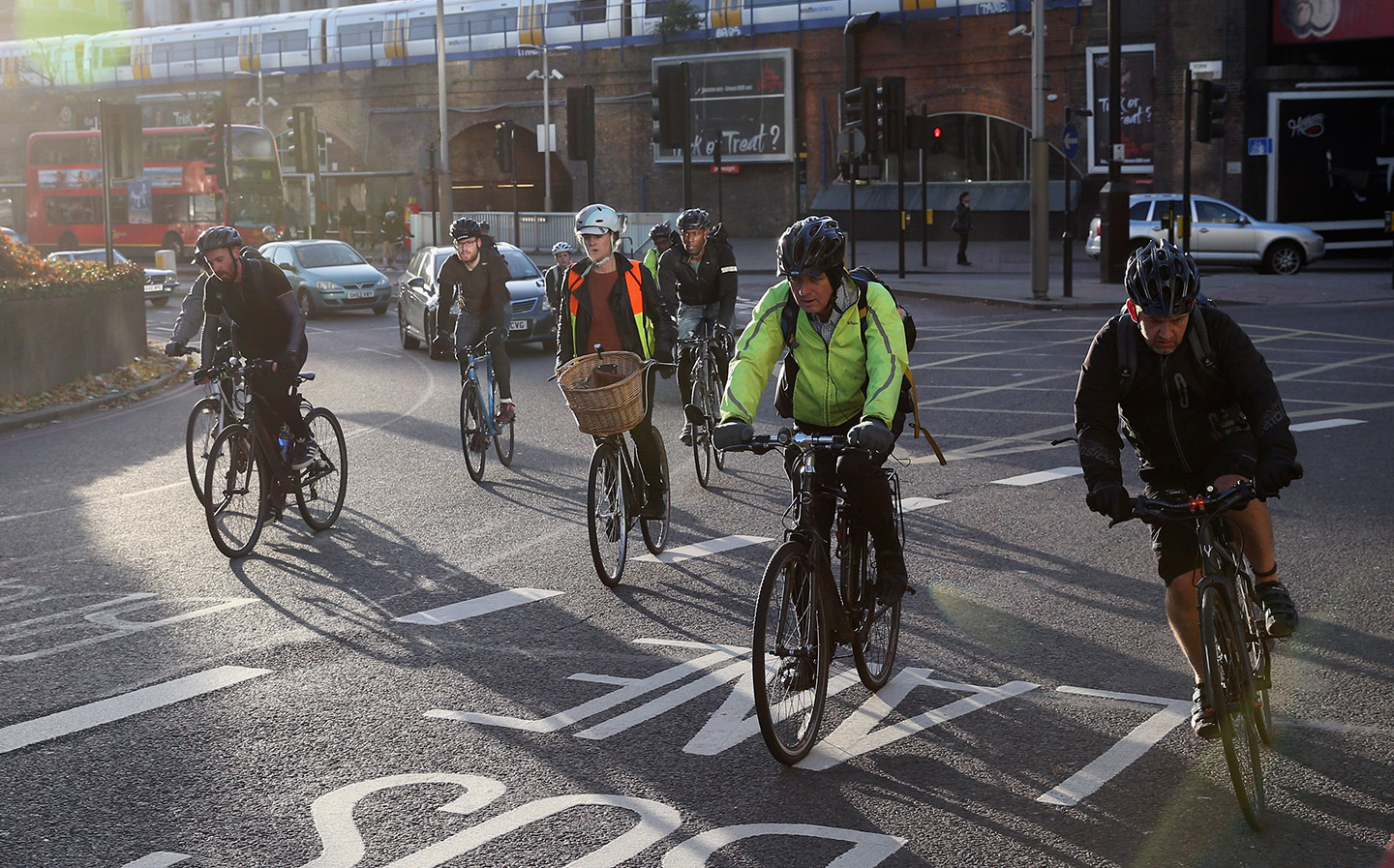 CYCLISTS could be made to wear helmets and high-visibility vests for the first time in a review of bike safety.

A government consultation in the new year will consider whether helmets and high-visibility vests should be mandatory on British roads, the transport minister Jesse Norman said.

The move comes after the release of figures showing that more than 100 cyclists were killed on British roads last year. A further 3,397 were seriously injured, a 5% increase in 12 months.

Any attempt to make helmets compulsory will be resisted by many cycling groups who claim that it would deter people from taking to the road. In Australia, where cyclists can be fined up to £180 for not wearing a helmet, there has been a drop in cycling.

Critics say that helmets give cyclists and motorists a false sense of security while deterring attention from other causes of accidents such as dangerous drivers and poor road surfaces.

A study has found that 70.5% of cyclists who regularly use Britain’s busiest streets already wear helmets. The research, commissioned by the equipment company Lid Helmets, found that this increased to 77% among morning commuters but dropped to less than two thirds among those who ride off-peak in lighter traffic.

The Department for Transport announced a two-part review of cycling safety in September. It will first assess whether a new offence of causing death by dangerous cycling is needed, and then consider reforms of the highway code and signage.

Mr Norman confirmed that the review would consider the mandatory wearing of helmets and hi-vis vests. In comments reported by the BikeBiz website, he said: “I don’t take a position on hi-vis or helmets. That is something in relation to the cycle review where we will see what the submissions and the evidence are.

“If you want to have a society in which a 12-year-old can get on a bicycle it’s a serious issue as to whether you’re going to mandate hi-vis or helmets, and there will be many arguments about whether the safety benefits of that outweigh or do not outweigh the deterrent effect that that might have on people cycling. So we’re going to leave that to the review.”

The review was “going to be based on solid evidence,” he added.

Sam Jones, of Cycling UK, said: “Making helmet-wearing compulsory could undermine levels of cycle use . . . the effectiveness of helmets is not the black-and-white issue many think it is.”