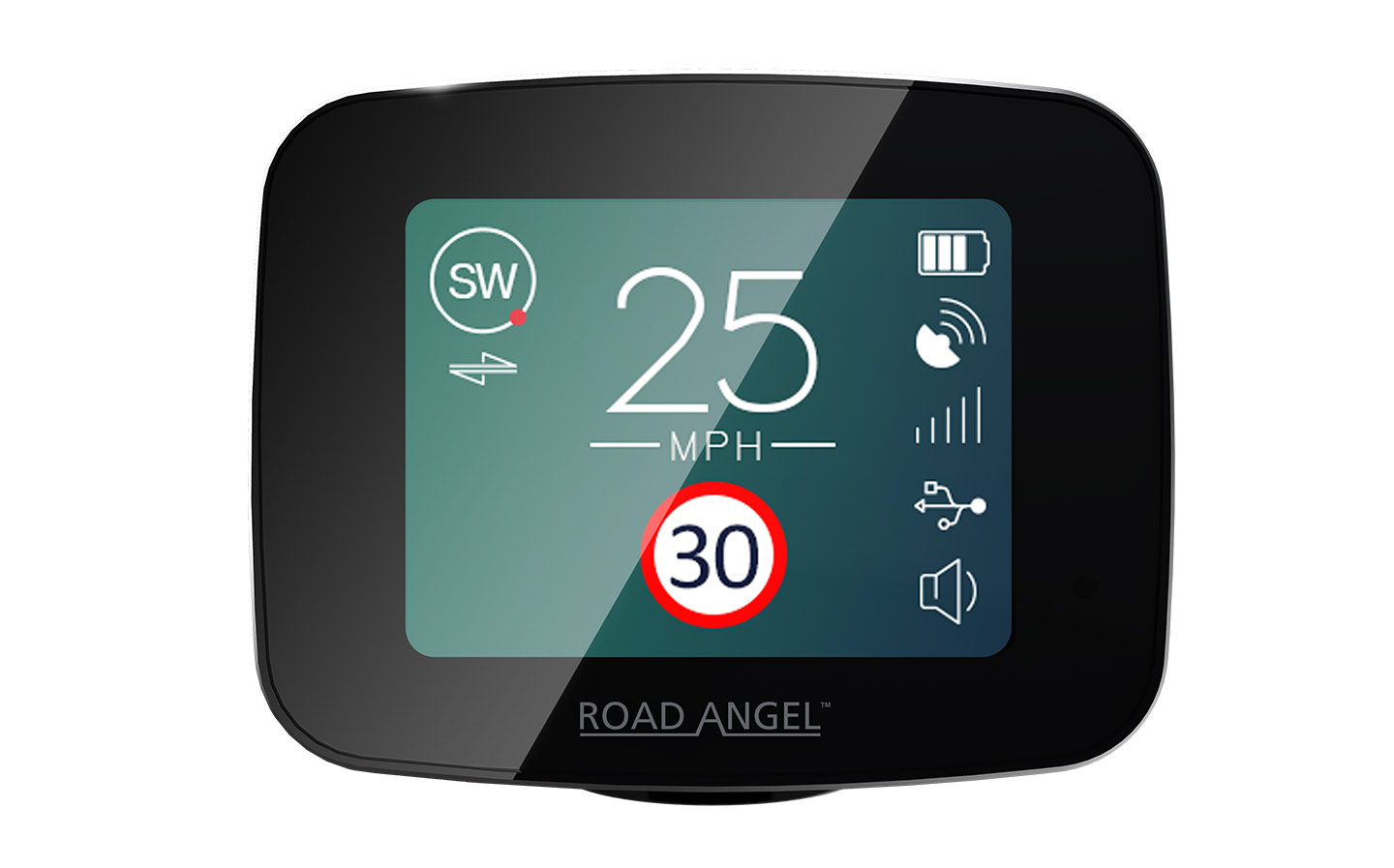 SAFETY camera and radar detectors are often thought of as a way for those who wish to speed to flout the law and feel “safe” in doing so, by alerting them to when the roads are speed trap-free. But there is evidence to suggest that some drivers use them as a warning in case they inadvertently go above the speed limit, for example when unknowingly travelling from one limit to a slower one.

Speeding is a big issue in the UK. A recent study showed that nearly half of drivers think it’s acceptable to break the speed limit, and one third say they will happily speed on an empty road, if they think that there are no cameras present.

However, speeding is breaking the law and in April last year, tougher penalties that take into account the severity of the offence and the driver’s income were introduced. For example, if you’re caught doing 36mph in a 30mph limit, you could be fined 25% to 75% of your weekly wage and receive three penalty points.

It’s pertinent, then, that on the first anniversary of the tightening of the law, we are publishing a review of the first new speed camera detector from Road Angel in over five years.

The company says it’s the most advanced bit of kit it has produced, taking all of the best bits of its Gem range but with new features that take into account feedback from customers. For example, it features higher-quality materials, Apple Mac compatibility, a battery said to last for four hours (you can charge up at home overnight), an improved screen, clearer audio alerts and a greater ability to customise the settings. 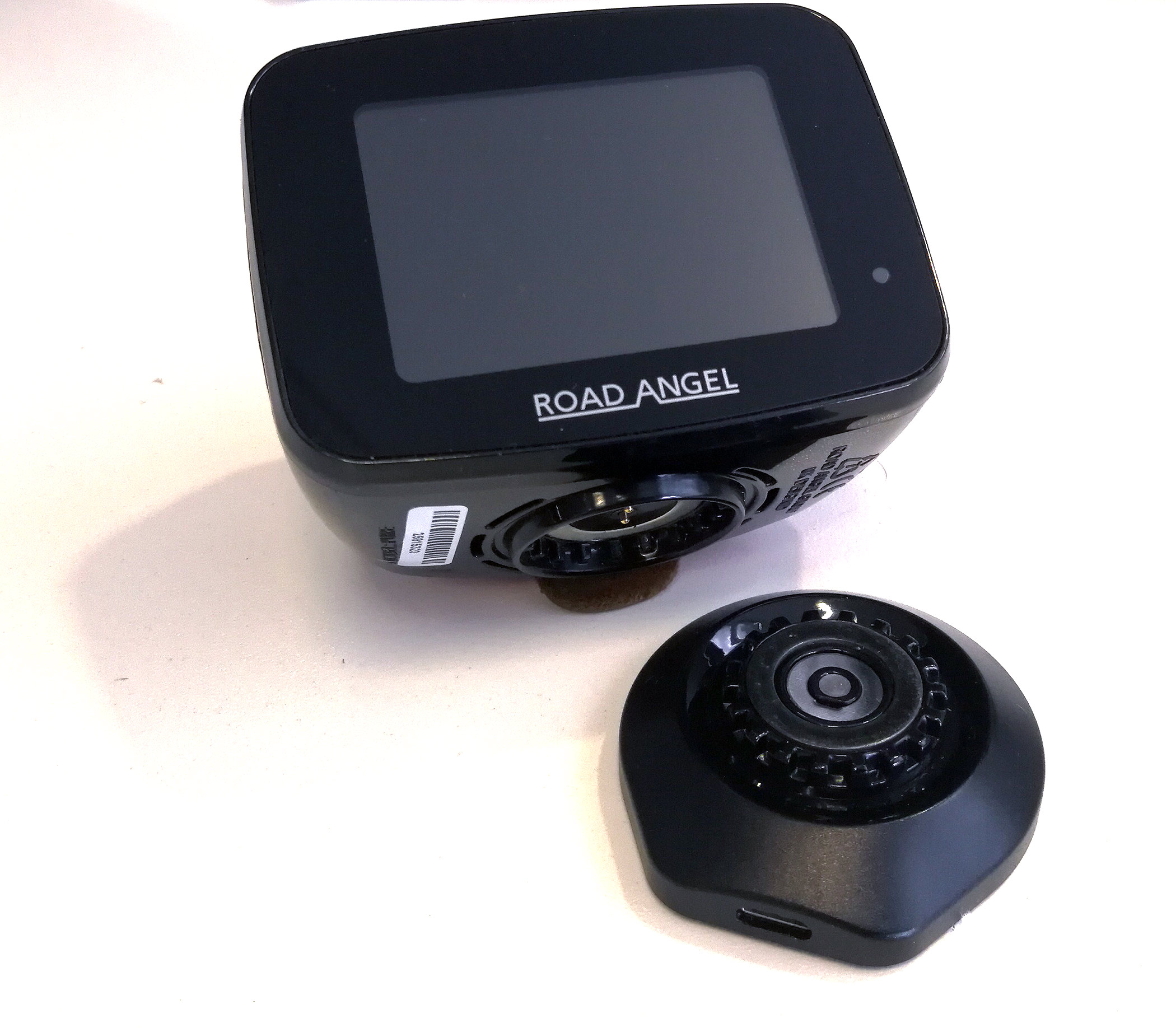 The device sits atop your dashboard, connected securely to a magnetic mount that itself is attached to the dash via an adhesive pad (a sucker mound for windows is coming, we have been told, for those customers worried about marking leather or Alcantara trim). If you need to charge up on the move, the mount has a micro USB slot to take power from cable that connects to the USB port in your car, or 12v socket, with the supplied adaptor.

Using global positioning satellites, it displays your actual speed via a 2.4in TFT screen with scratch resistant, anti-glare ‘Gorilla Glass’ (as found on iPhones). The display is easily visible in bright sunlight, even when you’re wearing sunglasses, and dims itself when the sun goes down, thanks to built-in ambient light detection.

With GPS, sat nav-style mapping data from HERE and a built-in a sim card, the Pure shows speed camera locations, with live updates from the national speed camera database, as well as the current speed limit just below your own speed. Speed limits come from the national road speed library and quarterly updates are included with the product

The Pure even knows where variable speed limit zones are and, later this year, thanks to a deal with the Department for Transport, Road Angel will feed live variable limits, from smart motorways, for example, to Pure devices. However, the delay, after a change in limit, could be up to five minutes.

You can customise the device via the smartphone in many ways, including setting the “overspeed” alert up to 10% over the speed limit, if you like; police often allow drivers to travel up to 10% plus 2mph over the speed limit, at their discretion, but it’s not guaranteed and the increasing numbers of digital detection systems may be less forgiving.

Of course, speed camera locations are useful but many will want the device for laser gun detection. The Pure can legally detect handheld lasers, under the current law, but while there is an option in the Pure app to switch on/off “Camera Van” detection, but the company points out that it is actually illegal to detect the new type of laser used in Safety Camera vans, so these are actually fed to Pure users using GPS ‘zone’ locations.

Users can then mark these locations as “live” by double-tapping the volume button on the top of the device, with the information being fed back to the database. 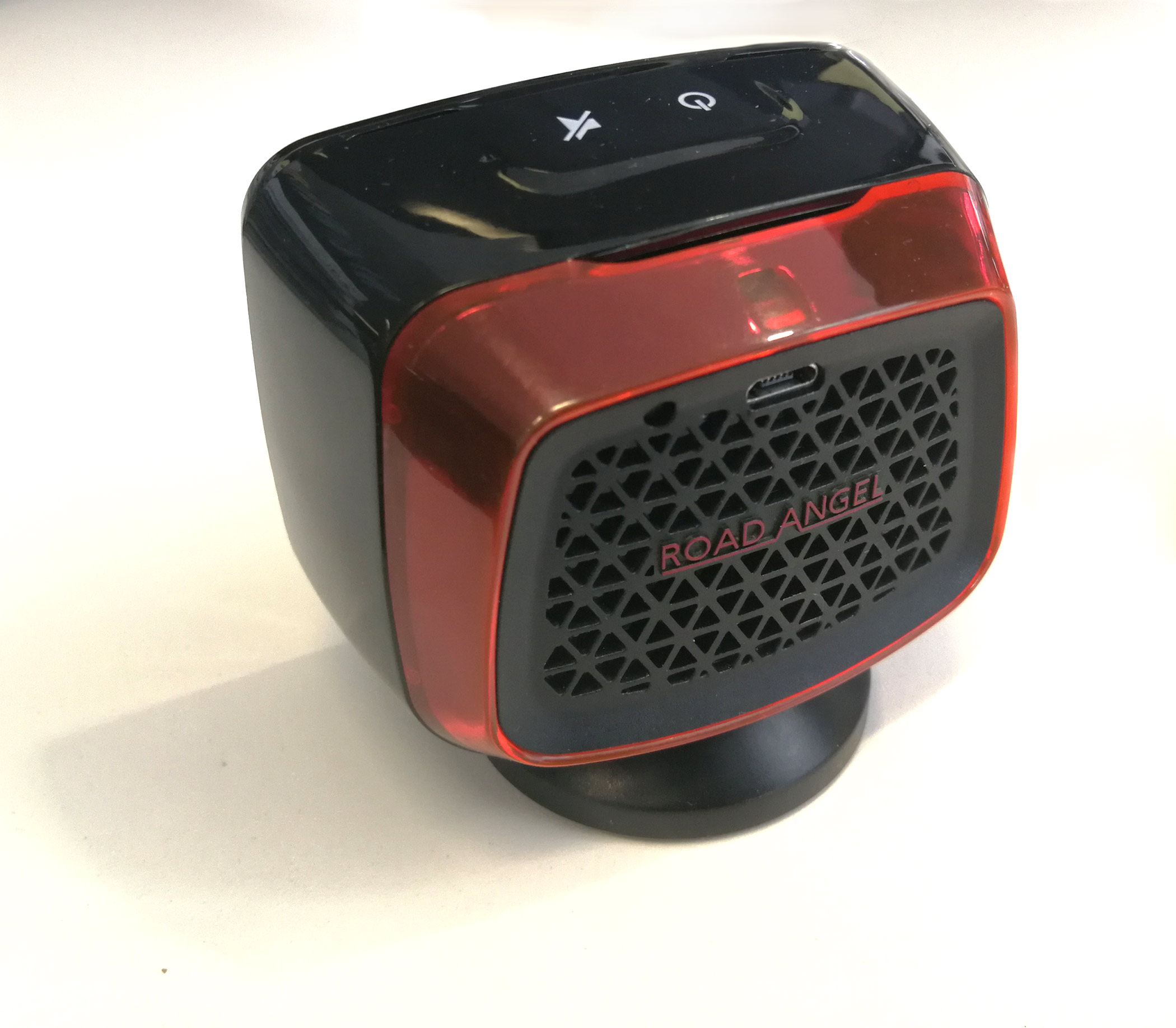 The fact that you can switch off the Pure’s laser system, via the app, means you won’t have to throw out the Pure if all types of laser detection become illegal in the UK. It also means you can potentially customise the Pure for use in other countries, where the law is different (it’s illegal to even possess a laser or radar detector in France, Belgium, Sweden and the Netherlands, for example).

Other ways to customise the Pure include changing individual alert tones, alert volumes, warning distances and so on.

Another excellent feature is the ability to cycle between three sound modes with a tap of a touch-sensitive button on top of the device – all on; only if nearing or over the speed limit (-10mph to +10mph, depending on your setting); all off (handy if you have sleeping children in the car).

Other things? The Camera Share feature allows you to tell other users that a camera is live, there are red light camera alerts, mobile camera alerts, blackspot alerts, school zone alerts and congestion charge alerts.

And being able to quickly lift the device off its magnetic mount and take it with you when you leave the car increases security and makes the Pure very easy to live with. Especially if you opt for hardwiring.

Bad things? Well, if you use Waze for sat nav then you’ll already have speed info and community-based camera/police location warnings for free (you pay a subscription for Road angel products), and if you really want to detect the latest police speed laser gun systems, this isn’t the product for it. Also, as mentioned, if you have a fine leather dashboard, you may want to wait for a sucker mount option.

We’ve also been testing a screenless dash cam, which also issues audio warnings of speed zones and excessive speed; combined with the Pure’s alerts we were driven slightly bonkers, especially on one occasion when having a conversation with a passenger, there was chatter from children in the back and the stereo was playing music. We found ourselves swiftly reaching to switch off all audio alerts. To be fair to the Pure, the children were much harder to keep quiet.

If you already use an advanced sat nav with speed camera locations and speed limit warnings, the Road Angel Pure might not be entirely necessary and the cost — for both the device and the live database subscription — could be off-putting. But if such info would be helpful, the Pure is a high quality, compact, well designed bit of kit with reliable data and powerful features and plenty of ability to customise each setting to your own taste. It’s an excellent all-in-one driver aid for the speed-conscious.