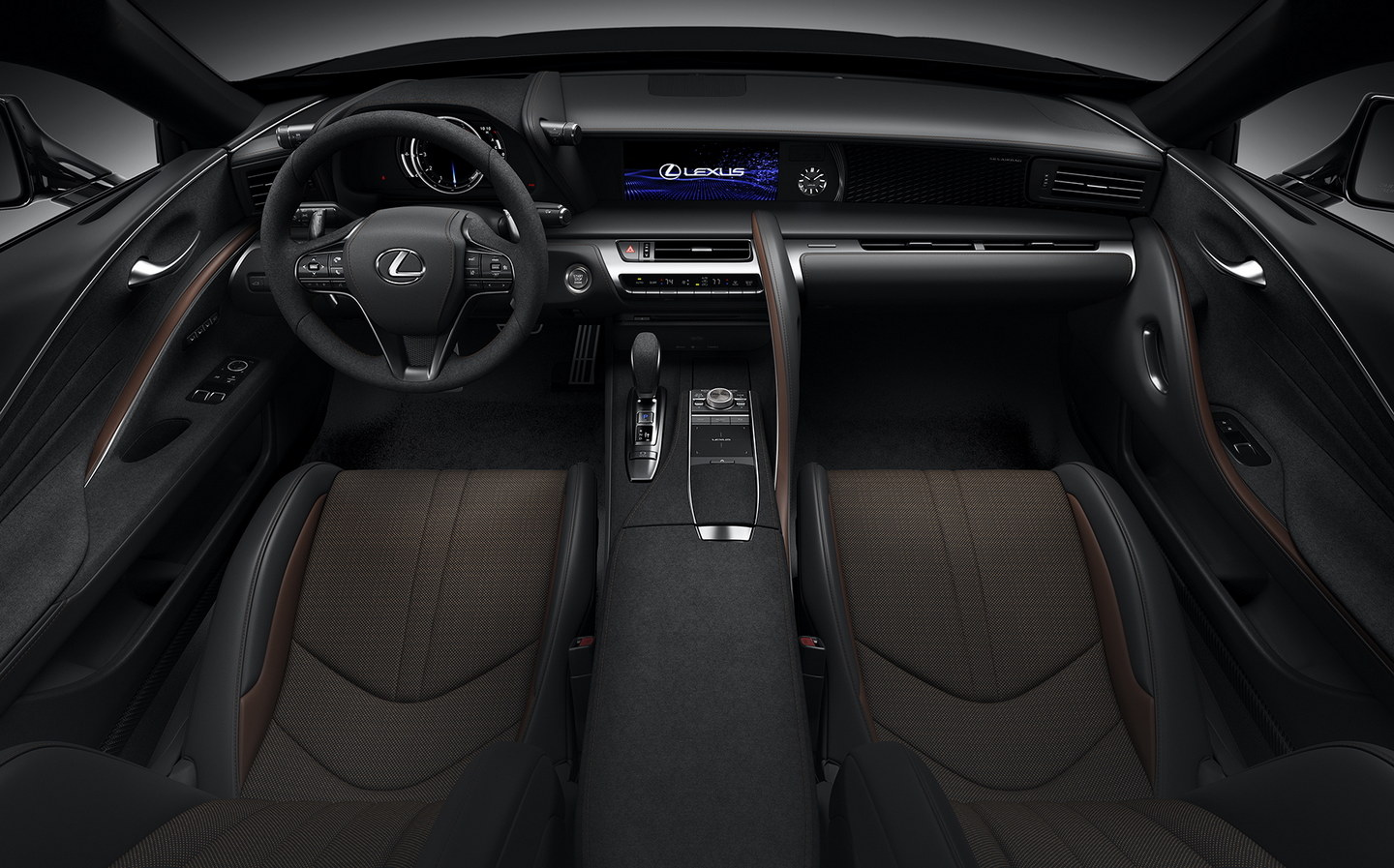 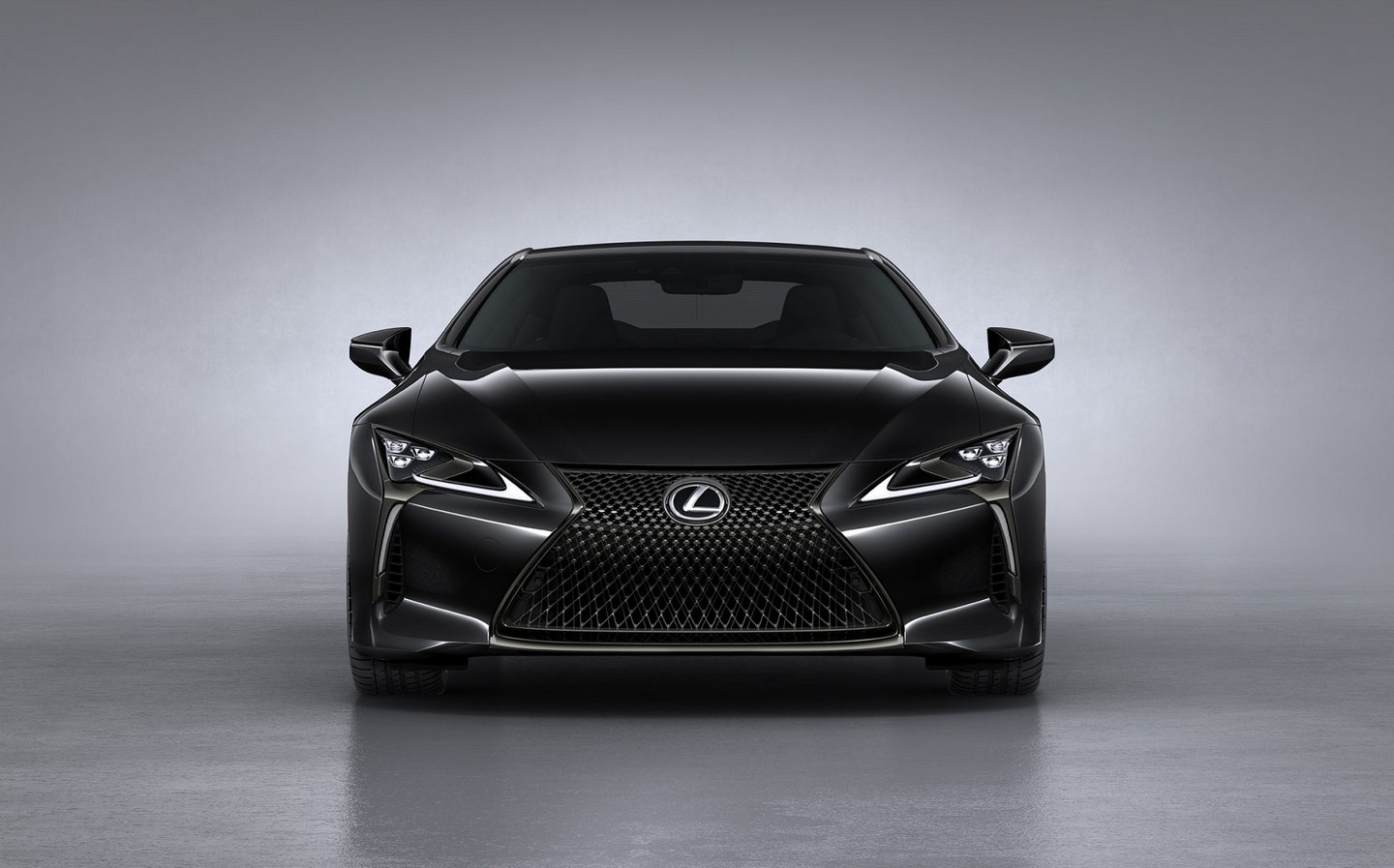 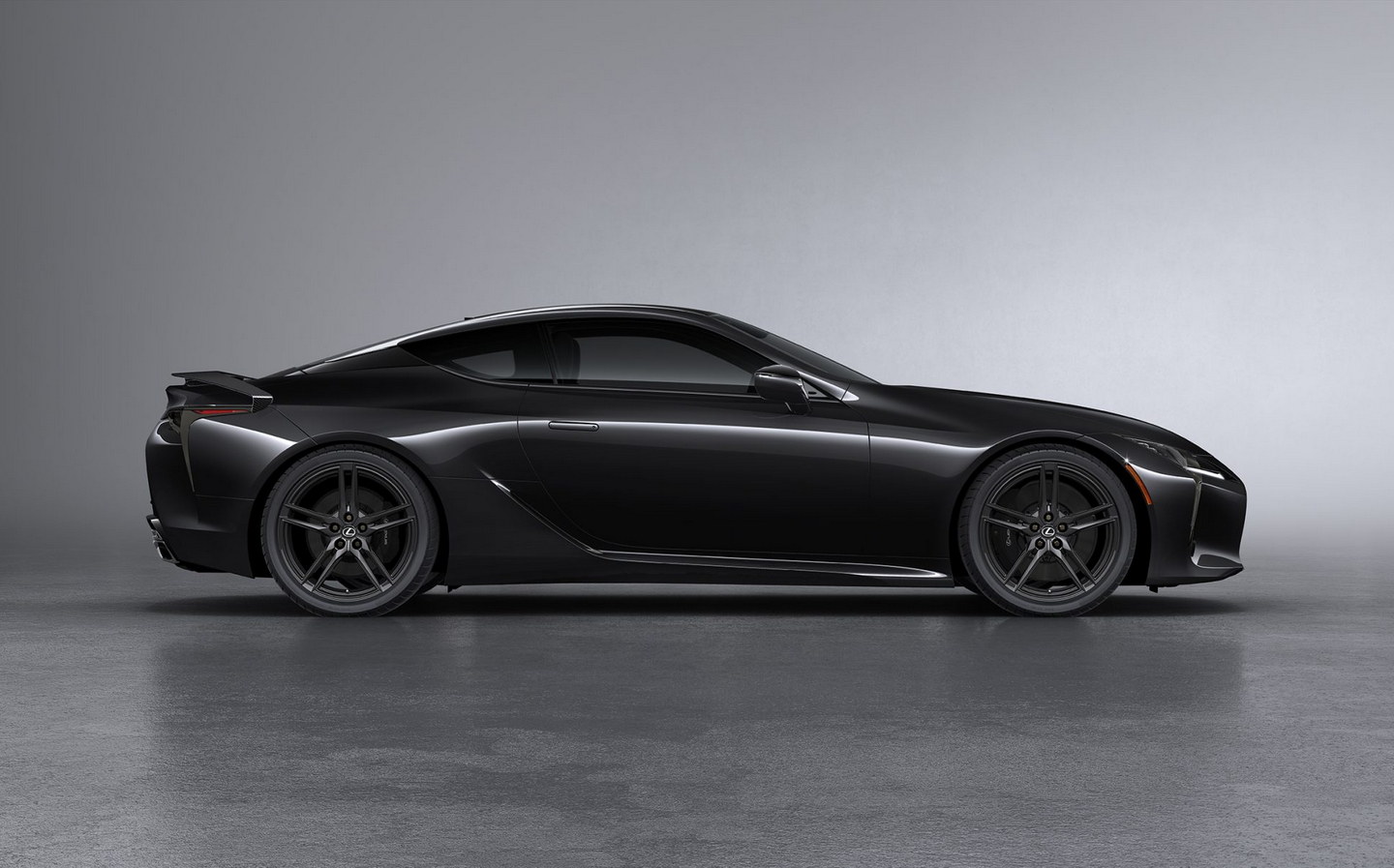 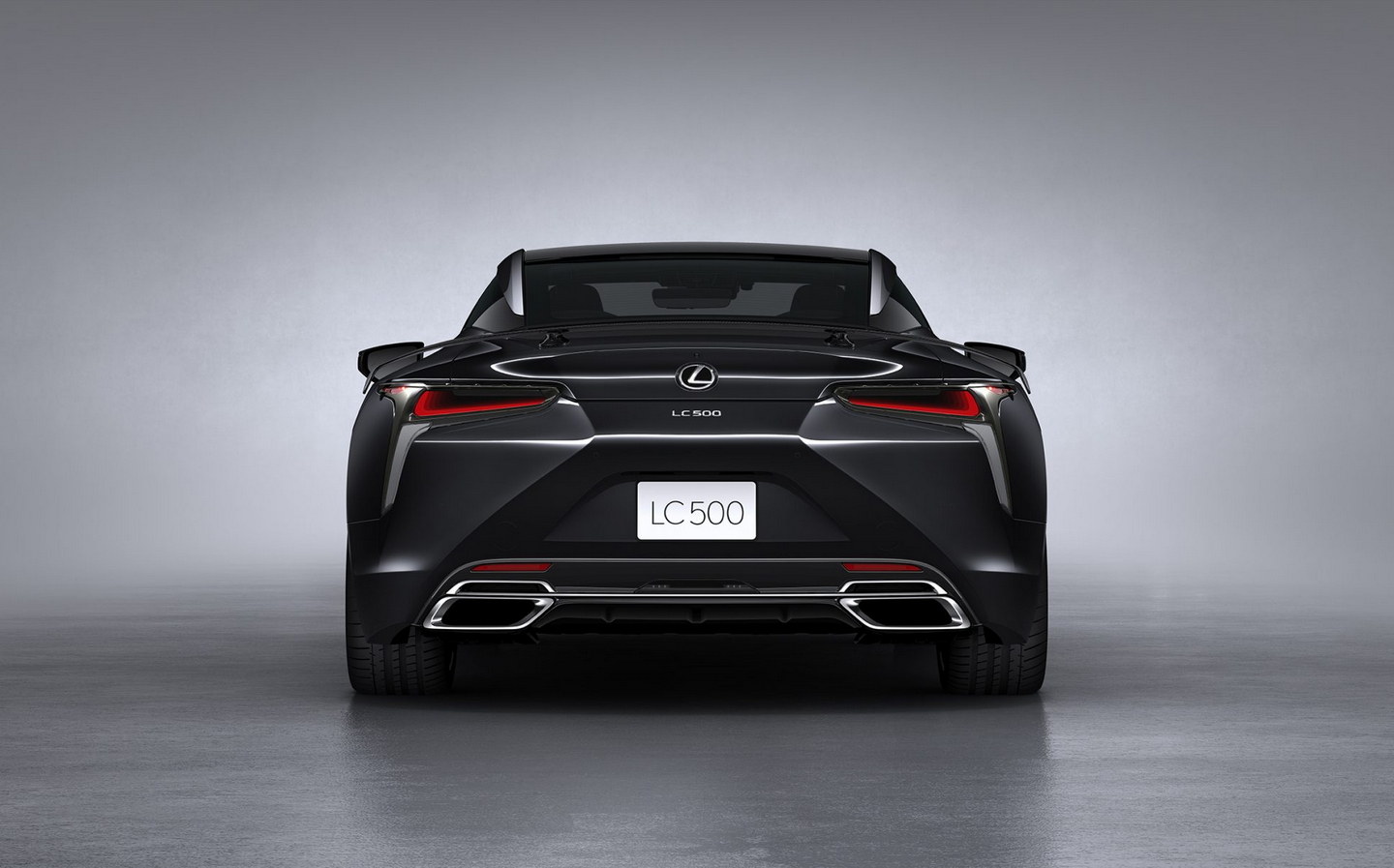 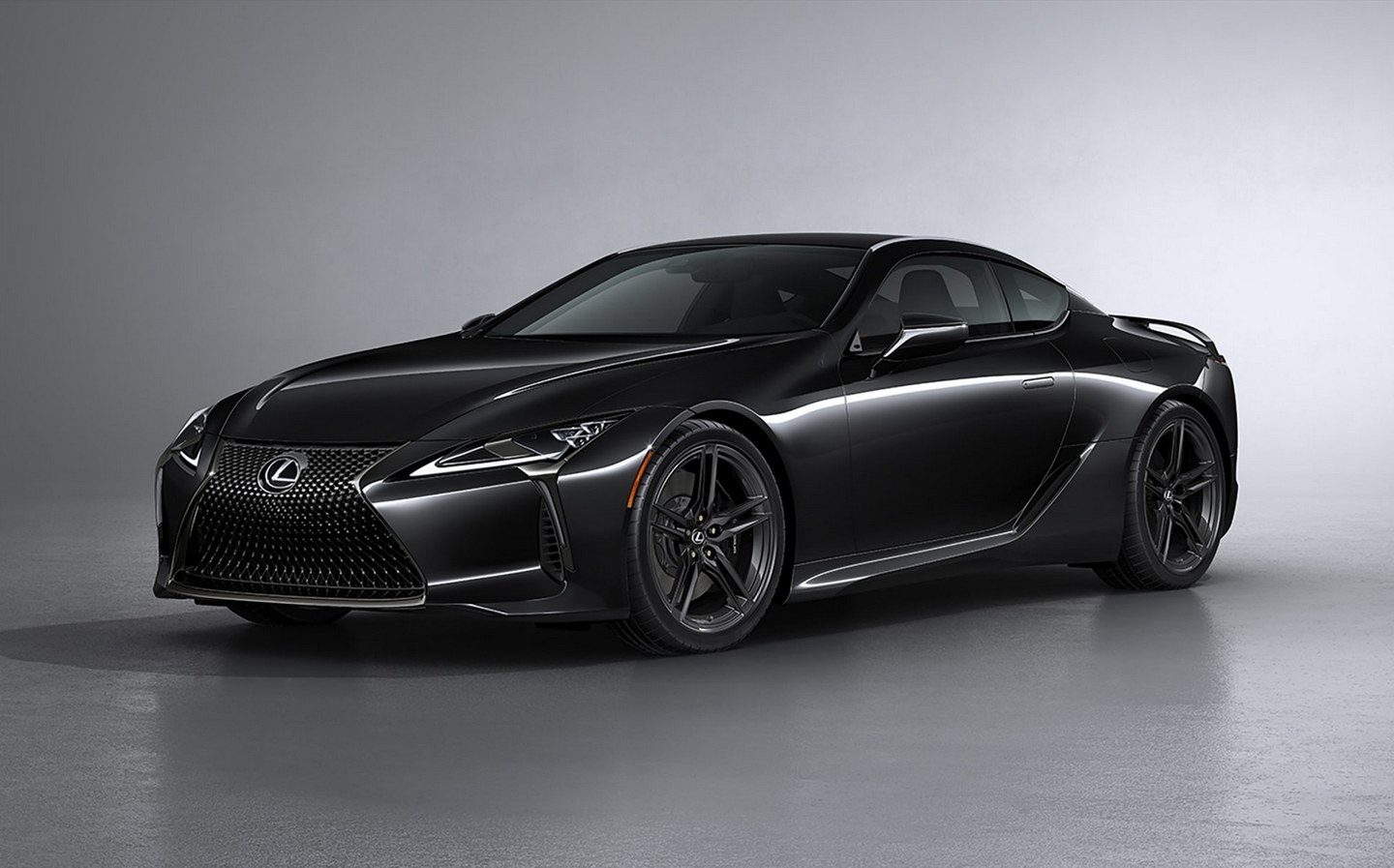 LEXUS has revealed a special edition of its LC coupé flagship, which sees subtle changes to the exterior and under the skin.

The LC Black Inspiration sees the coupé’s chromed exterior parts such as the door mirrors, grille and headlight surrounds replaced with either gloss or satin black versions. The paintwork, too, is in Lexus’s Graphite Black.

The model sits on a set of 21in five-spoke alloy wheels and, despite the LC’s looks being based on those of the LF-LC concept first seen back 2012, the overall design still looks stunning today.

As the special version is based on the Sport Plus Pack variant of the LC, other exterior additions include a carbon-fibre roof, a subtle boot-lid spoiler and scuff plates.

The interior specification is much the same as in the Sport Plus Pack model with the £1,000 optional Mark Levinson 13-speaker surround sound system as standard in the Black Inspiration edition.

Other extras above and beyond lower-spec LC models include a head-up display, key card entry and 10-way adjustable electric seats upholstered in natural aniline Nappa leather.

Like the Sport Plus Pack, the Black Inspiration gets a few technical upgrades to match its more aggressive looks. There’s rear-wheel steering to help with cornering and manoeuvring, as well as a progressive, variable-ratio steering rack up front.

Helping to keep the power on the road is a Torsen limited-slip differential. The LC’s adaptive dampers and all-round double wishbone suspension are standard features.

For a car like this, the hybrid’s 34.8mpg is vaguely respectable, though the V8 model is somewhat thirstier with an official 24.3mpg.

In terms of performance, the V8 allows the LC500 to sprint from 0-62mph in 4.7 seconds while the hybrid manages it in five seconds dead. The top speed is limited to 155mph.

Sales figures since the LC was launched in 2017 have been small to date amounting to just 1,719 units in Europe between 2017 and 2019 — dwarfed by similar offerings in the Lexus’s segment from Porsche, BMW and Mercedes.

Small numbers notwithstanding, the Black Inspiration edition will be available to order in the UK from November.

Pricing hasn’t been announced but given that the current LC500 prices with the Sport Plus Pack added start from £92,600, expect somewhere north of that figure.