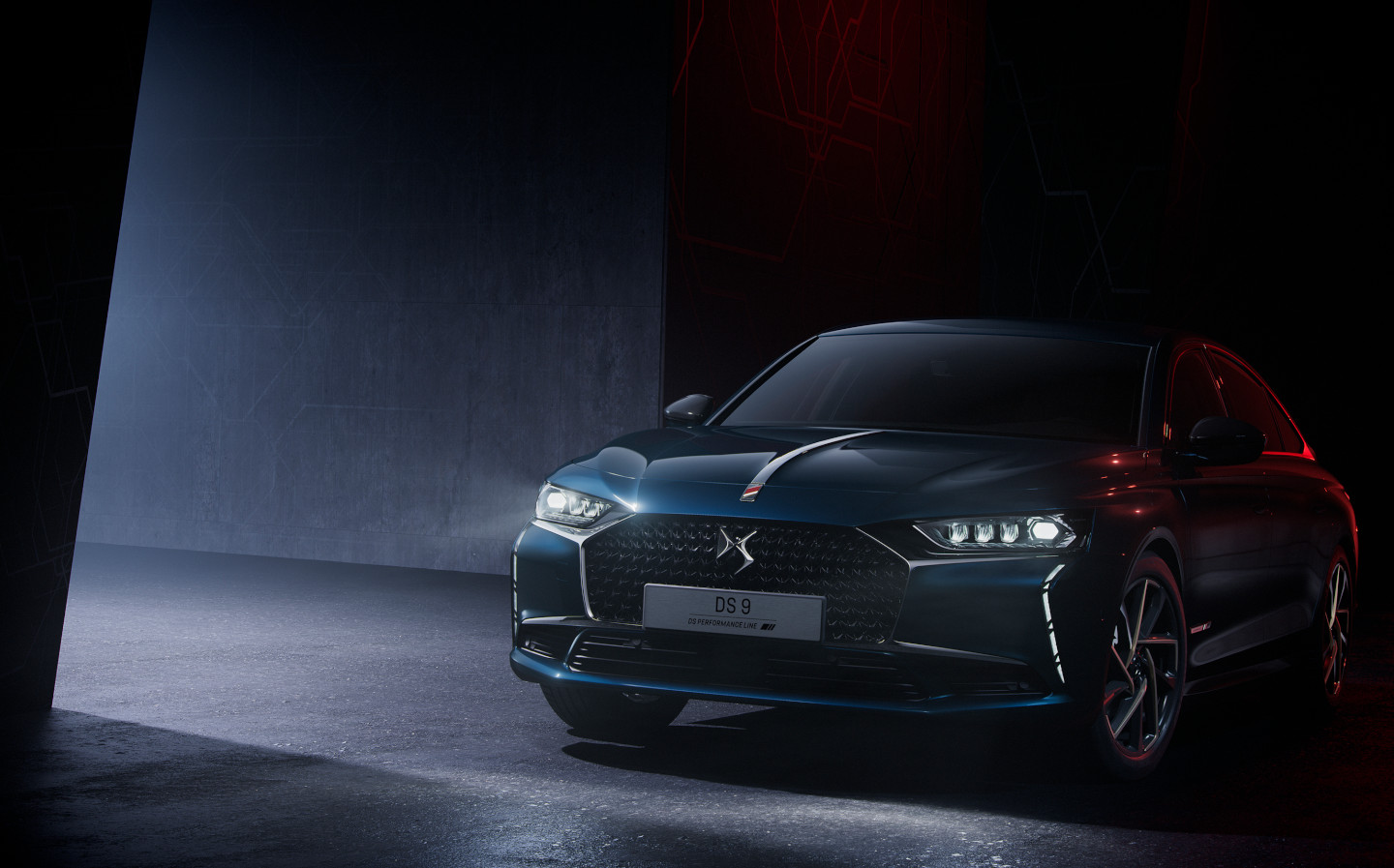 FRENCH premium car maker DS Automobiles has revealed the UK prices and specifications of the DS 9, a car that will take aim at traditional buyers of executive saloons like the Mercedes E-Class.

At 4.93m long it is almost exactly the same length as the E-Class, while a starting price of £40,615 for the petrol model is slightly less than £1,000 more expensive than the entry-level Mercedes E200.

The DS 9 will act as the flagship of the company’s burgeoning range and is based on the same underpinnings as the Peugeot 508, which is part of the same Stellantis group (formerly PSA).

It will be offered in a choice of three powertrains — two plug-in hybrid variants and a traditional petrol-powered model. 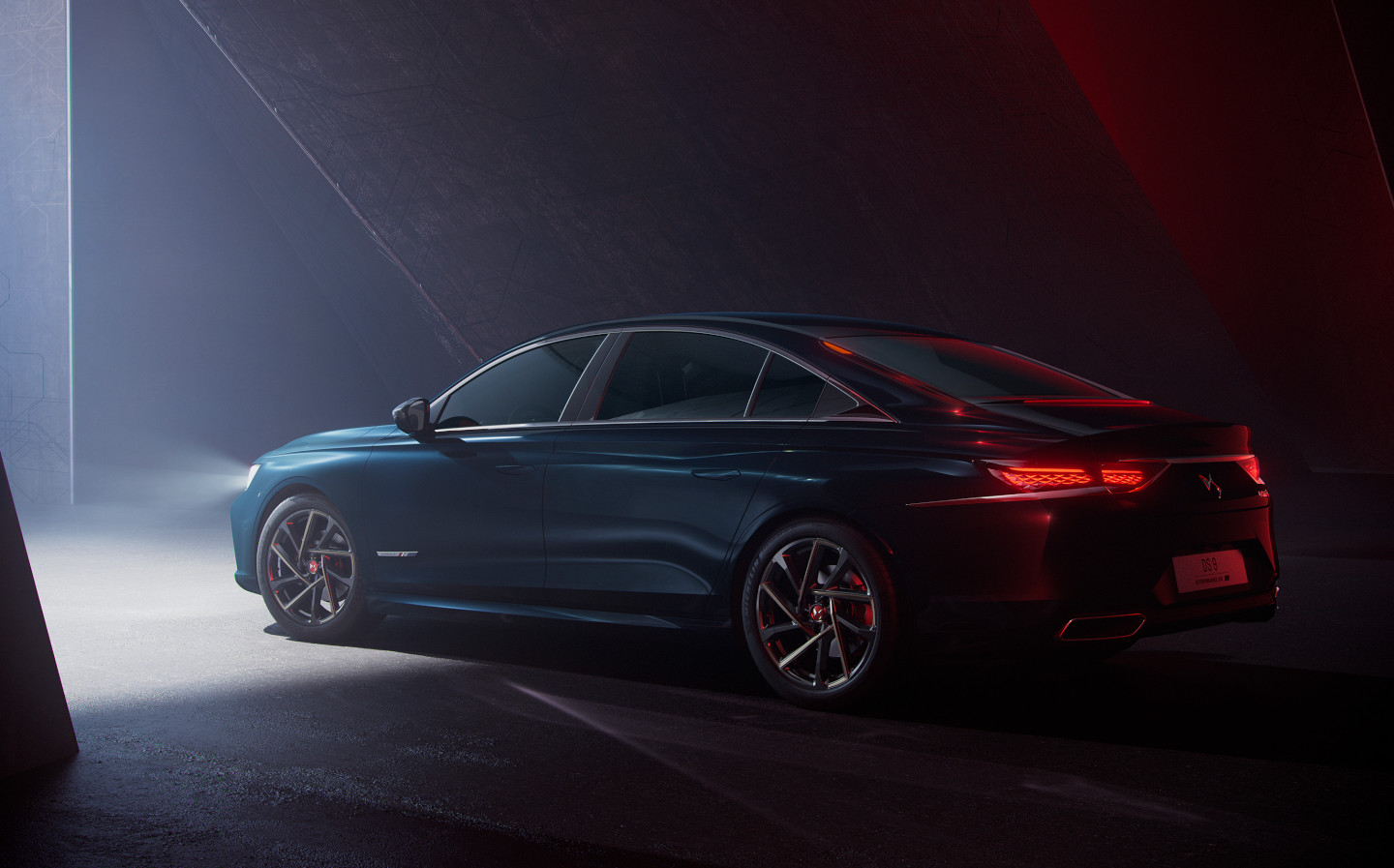 The look of the DS 9 will come as a surprise to no one — DS released pictures early last year, and the brand’s styling cues, including the diamond-effect grille and vertical LED “wings” that augment the headlights, are evident.

The car maker has also taken the watchmaking-inspired “Clous de Paris” texture that appears on the interior of the recently revealed DS 4 and, for the first time, has used it as part of a model’s exterior, using the pattern as a central strip to add a flourish to the bonnet design.

As well as hallmarks of modern DS design, there are flashes of the brand’s heritage. DS takes its name from Citroën’s classic model that was introduced in 1955, and was introduced in more recent times as the French car maker’s high-performance sub-brand (before becoming a brand in its own right). The DS 9 includes a tribute to the 1955 model’s distinctive rear cornet indicator lights, though in the form of LED strips embedded within the C-pillar. 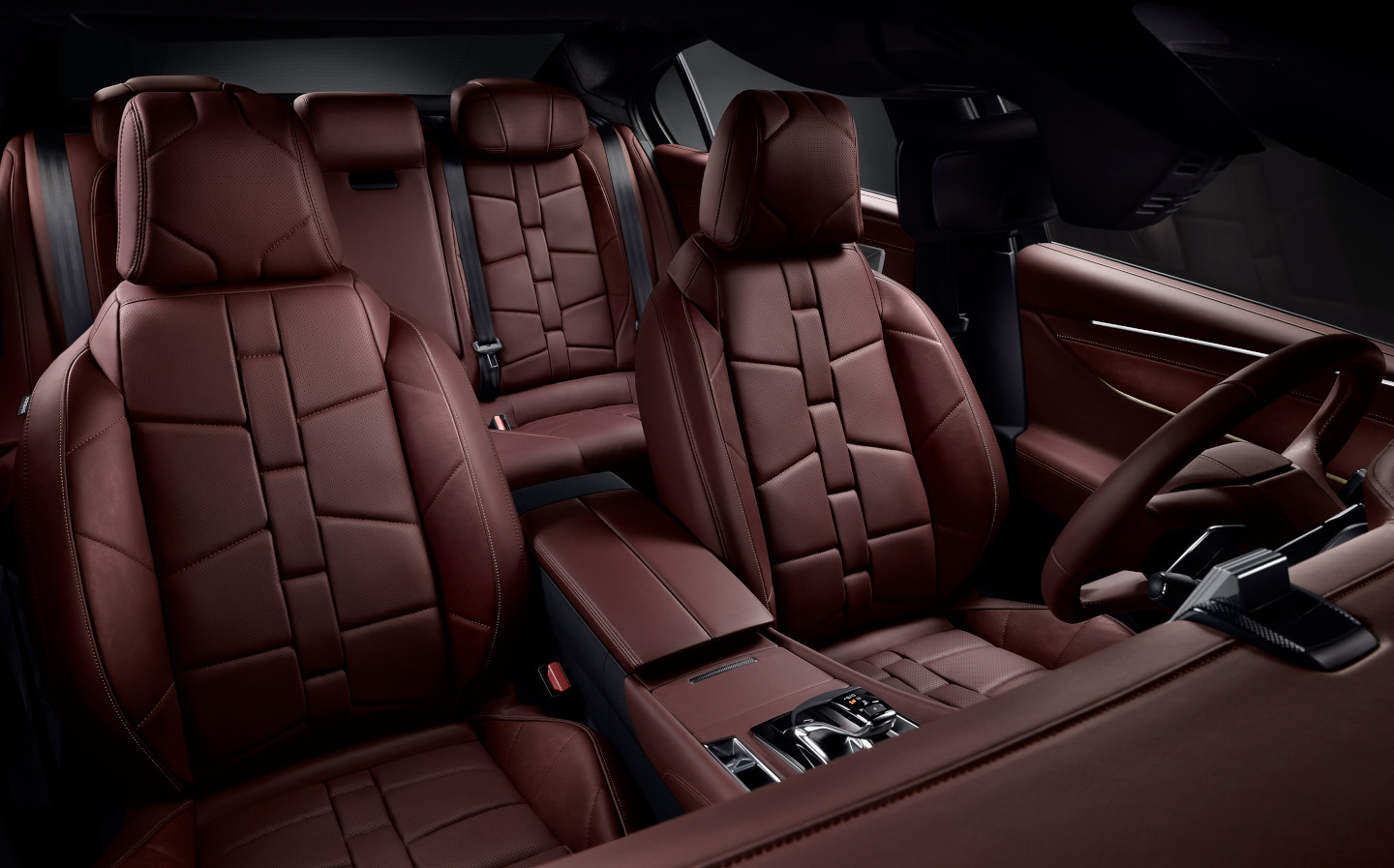 In order to compete with more traditional luxury brands, DS has tried to make the DS9’s interior as sophisticated as possible. It may also be intending to break into the chauffeur-driven demographic, boasting that comfort in the back seats is as the same as in the front (although that’s only really a brag if the front is, well, comfortable).

Interior space benefits from a long 2.9-metre wheelbase (the distance between the centres of the front and rear wheels), while rear seats get both heating and — unusually — massage functions.

The trim includes upmarket materials such as Nappa leather, which envelops the entire dashboard, and Alcantara for the roof lining and sun visors.

DS has also gone to lengths to make the interior of the DS 9 as quiet as possible, including using a hard-bonded body and laminated acoustic glass. 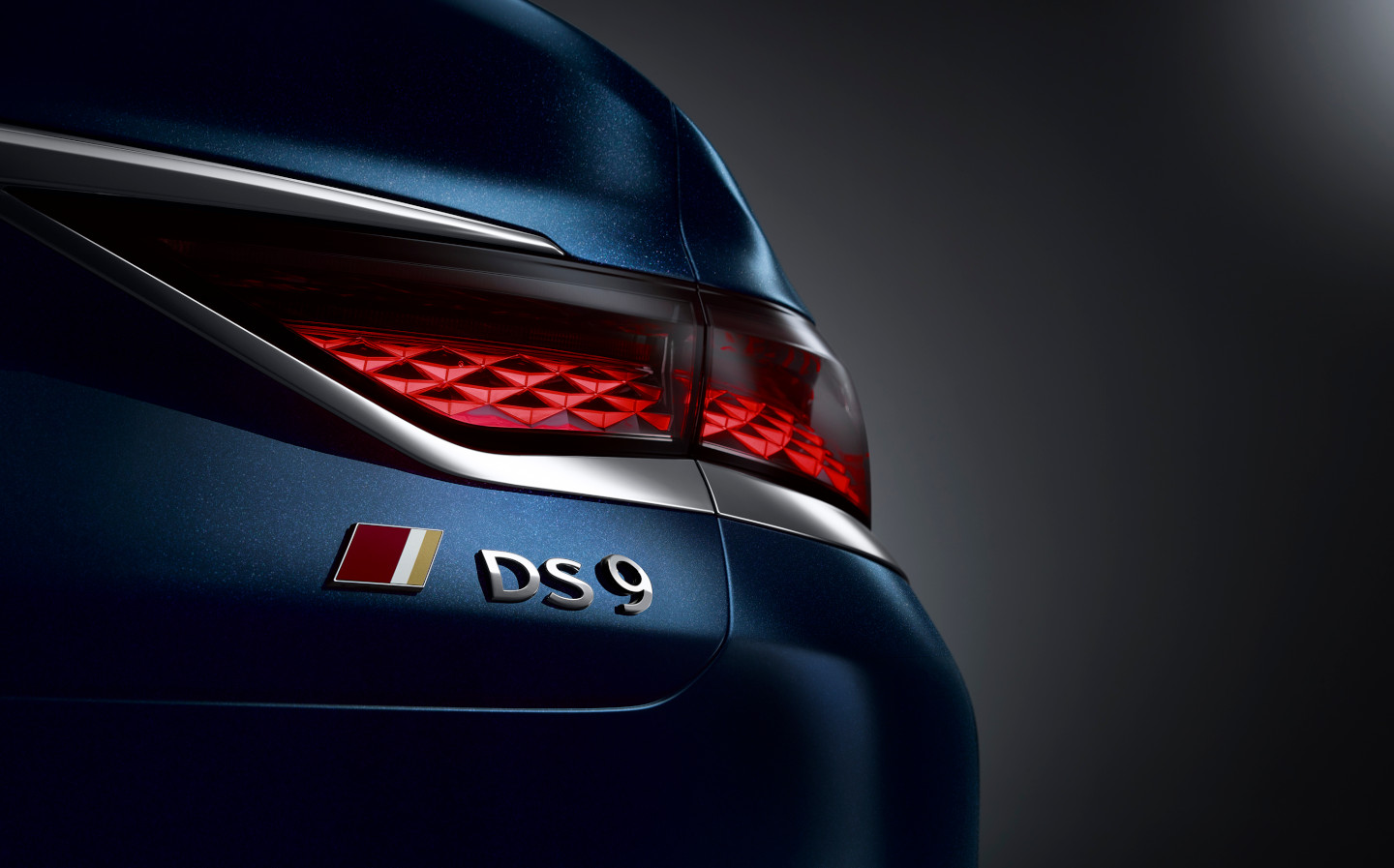 Leading the DS 9 model range is a four-wheel drive E-Tense variant that uses a plug-in hybrid powertrain derived from Peugeot’s Sport Engineered performance department. It comprises a 1.6-litre engine working alongside two electric motors to conjure 355bhp, which is channelled through an eight-speed automatic gearbox.

The second plug-in hybrid option is a front wheel drive version that uses a single electric motor producing 108bhp and 236 lb ft of torque, which is instantly available for quick acceleration. Thanks to the help of a turbo petrol engine, total output is 222bhp — the same as the third, pure-petrol, option.

The more affordable PHEV option can do 33-34 miles on electric power alone, at speeds up to 84mph. By default the car chooses electric mode, for zero-emissions motoring. Hybrid mode switches between petrol and electric power, or combines the two. DS claims that the transition between combustion and electric power is unnoticeable.

UK Prices for the range-topping plug-in hybrid have yet to be revealed, although it will reportedly land in showrooms at the same time as the other variants, later this year. All models can be ordered online from tomorrow (April 8).