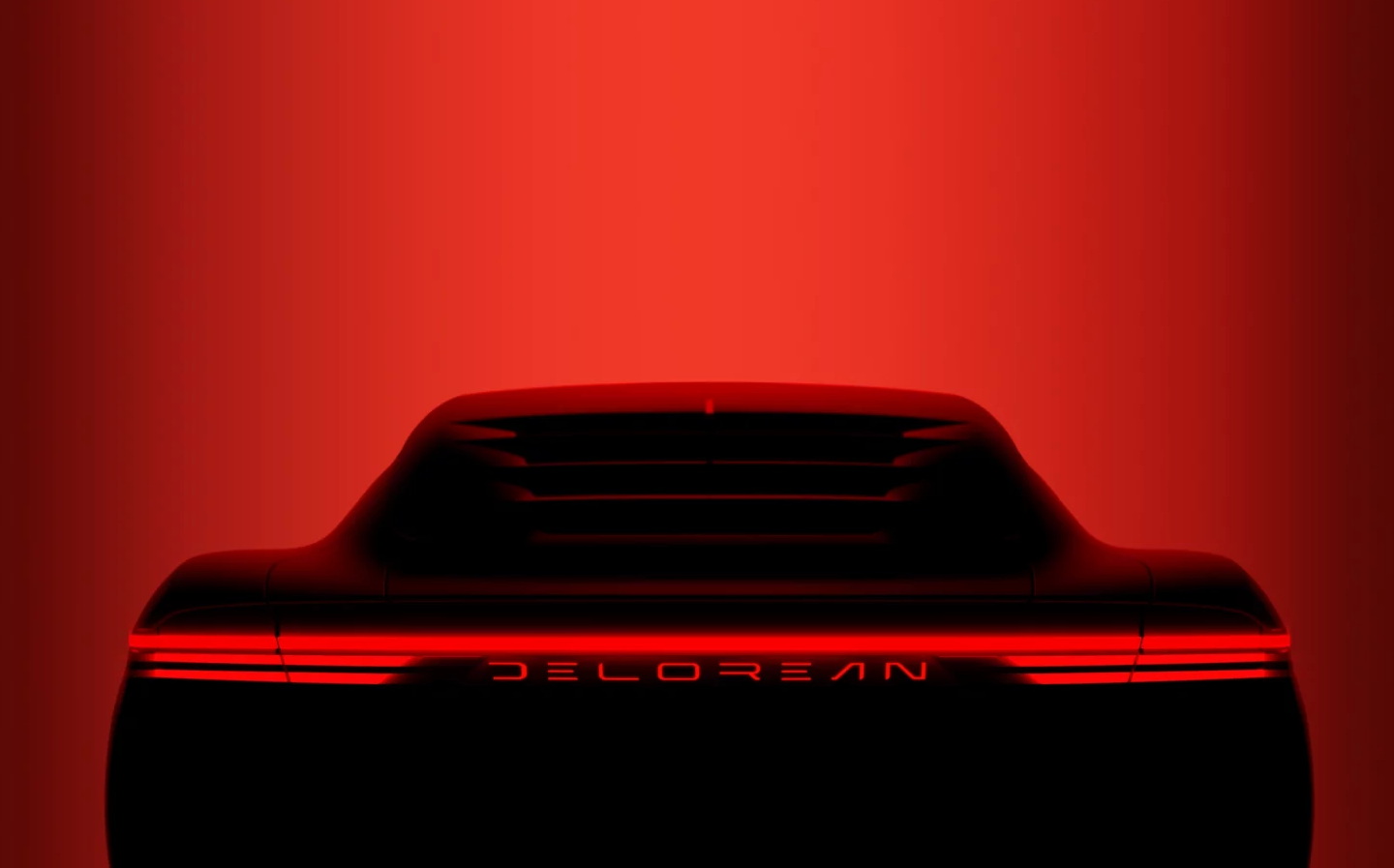 DeLorean Motor Company will be travelling back from the past on May 31 with the full reveal of an all-new pure-electric concept car, the DeLorean EVolved.

With styling inspired by the original DMC DeLorean (sometimes referred to by its internal designation DMC-12) of the early 1980s, which was catapulted to pop culture fame in the Back to the Future move franchise, the DeLorean EVolved marks the first model in a new range of cars from the company.

The DeLorean EVolved’s unveiling had been scheduled for Pebble Beach, California, in August but the company said it would move the unveiling forward to the end of May following public enthusiasm. It also plans to release further teaser images between now and then, giving clues as to how the overall design will look.

While “inspired by” the DMC-12, the DeLorean EVolved isn’t expected to owe too much to its predecessor beyond a few of the most notable styling cues, such as the gullwing doors and louvred rear window.

Judging by the teaser images, it’s set to be a more curvaceous affair than the wedge-shaped, Belfast-built original.

The new car has been styled by Italdesign, the company founded by Giorgetto Giugiaro, who penned the original DeLorean in the late seventies alongside DMC’s Bill Collins.

Some of the preview images have shown a car finished in silver, though the make-up of the body isn’t known yet, and the new car is unlikely to be clad in the same stainless-steel panels (which allowed for a lack of paint) as the 1980s car.

The latest preview image (top) shows the louvres along with a slim light bar extending across the rear of the car located just above stylised “DeLorean” lettering.

At present, there isn’t whole lot currently known about what’s powering the DeLorean EVolved apart from the fact that it’ll be a modular electric powertrain sourced from Williams Advanced Engineering.

The DMC DeLorean (below) was originally powered by a lacklustre and under-powered V6 engine that struggled to propel the weight of the car’s stainless steel construction. Many joked that reaching 88mph — the speed Marty McFly needed to reach in order to travel through time in Back to the Future — was unfeasible without a very long stretch of road.

There have been several attempts to revive the DeLorean nameplate since John DeLorean’s original company went bankrupt in 1982, taking £78m of UK taxpayer’s money with it. The most successful has been DeLorean Motors Reimagined (which traded as the DeLorean Motor Company), a business founded in 1995 in Texas by Liverpool-born mechanic Stephen Wynne.

Wynne’s DMC acquired the DeLorean trademark as well as much of the old company’s leftover parts inventory enabling the business to start restoring and refurbishing original cars using a mixture of old stock and remanufactured parts.

The company had for many years planned to begin low-volume manufacture of new continuation DeLoreans including, as announced in 2013, an electric version.

However, problems with the Low Volume Motor Vehicle Manufacturer’s Act — a US law that allows smaller car makers to avoid some of the regulatory demands placed on bigger manufacturers — meant that this was not possible. By the time the law had been finalised in 2021, the company now known as Classic DMC had decided to focus on restorations rather than new cars.

The owner of Classic DMC does hold an ownership stake in the new electric car company and acts as an advisor, but has no day-to-day role in the running of the firm, according to a source at Classic DMC.

Meanwhile the new DeLorean Motor Company, also Texas-based, is a wholly new entity that has attracted executives from the EV firm Karma Automotive, and the company hit the public consciousness in February after it placed a TV ad during the Superbowl.

The firm intends to become a “full-line manufacturer”, i.e. one with a proper plant whose primary business is making new cars, with not just sports cars but “volume” models, which many interpreted to mean the line-up will include SUVs.

CEO of the new company, Joost de Vries, has also said that the firm would also reveal a series of designs showing how engineers and stylists believe the original design of the DeLorean would have evolved throughout the 1990s, 2000s and 2010s, so perhaps expect to see something along those lines by the end of May.