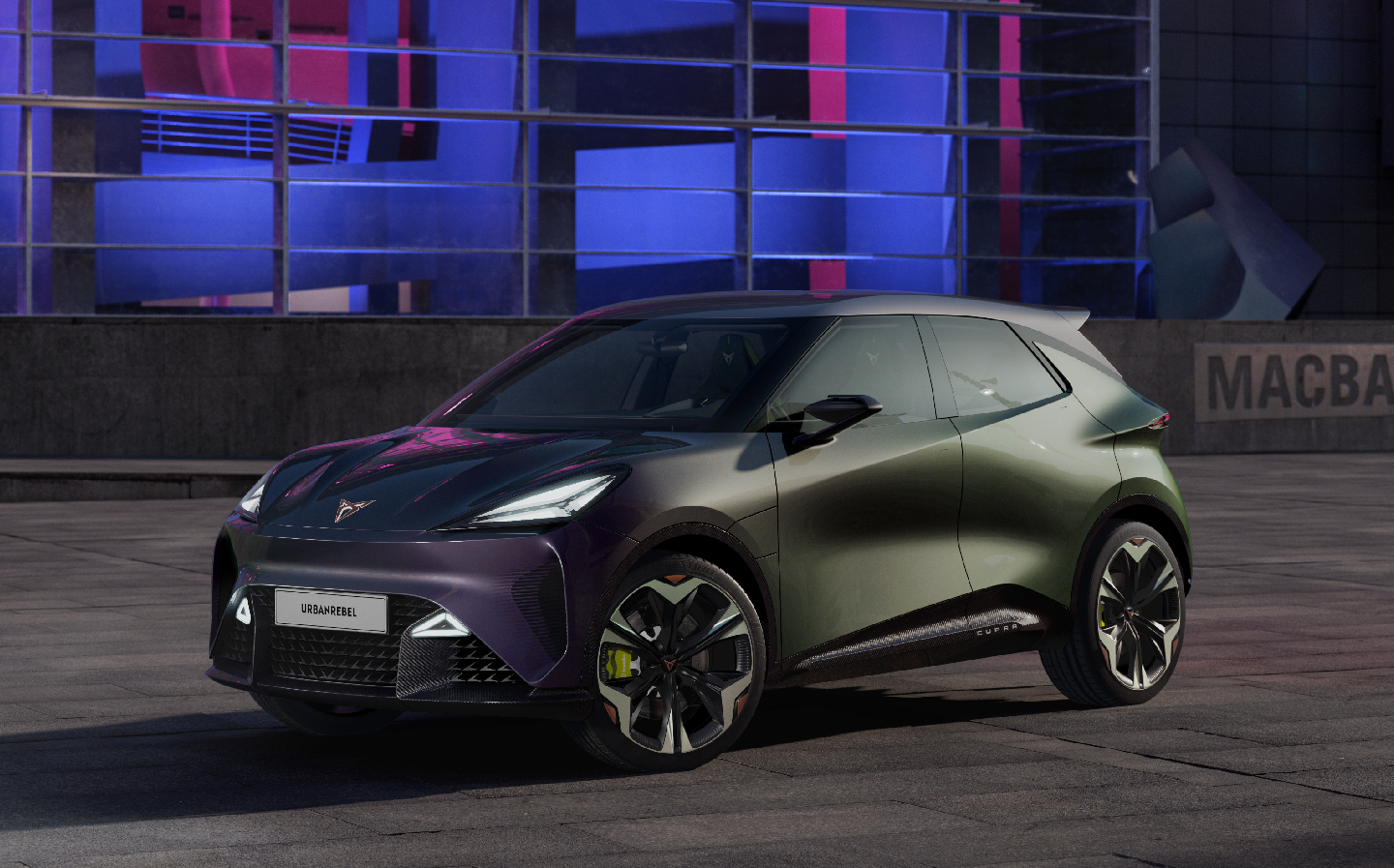 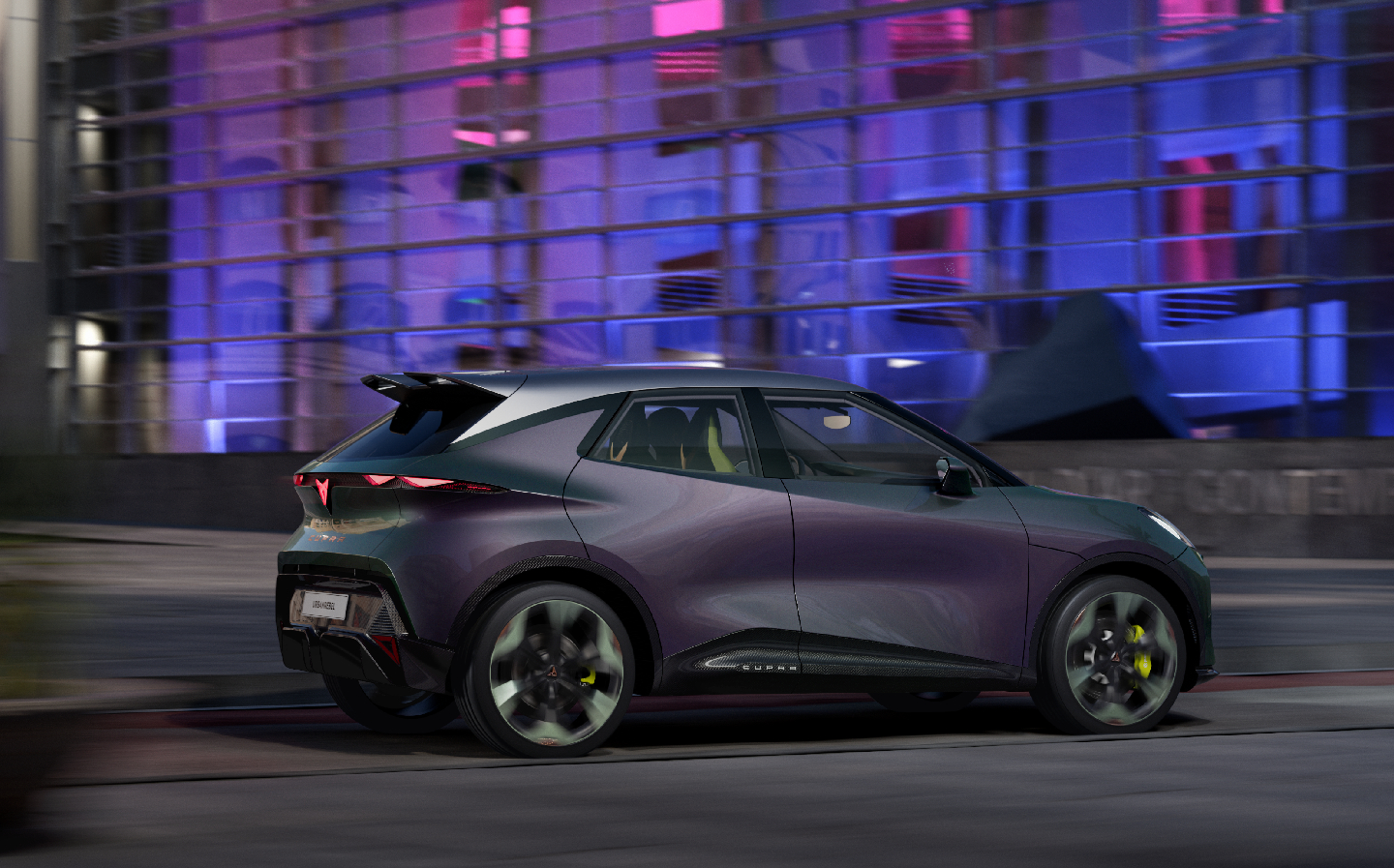 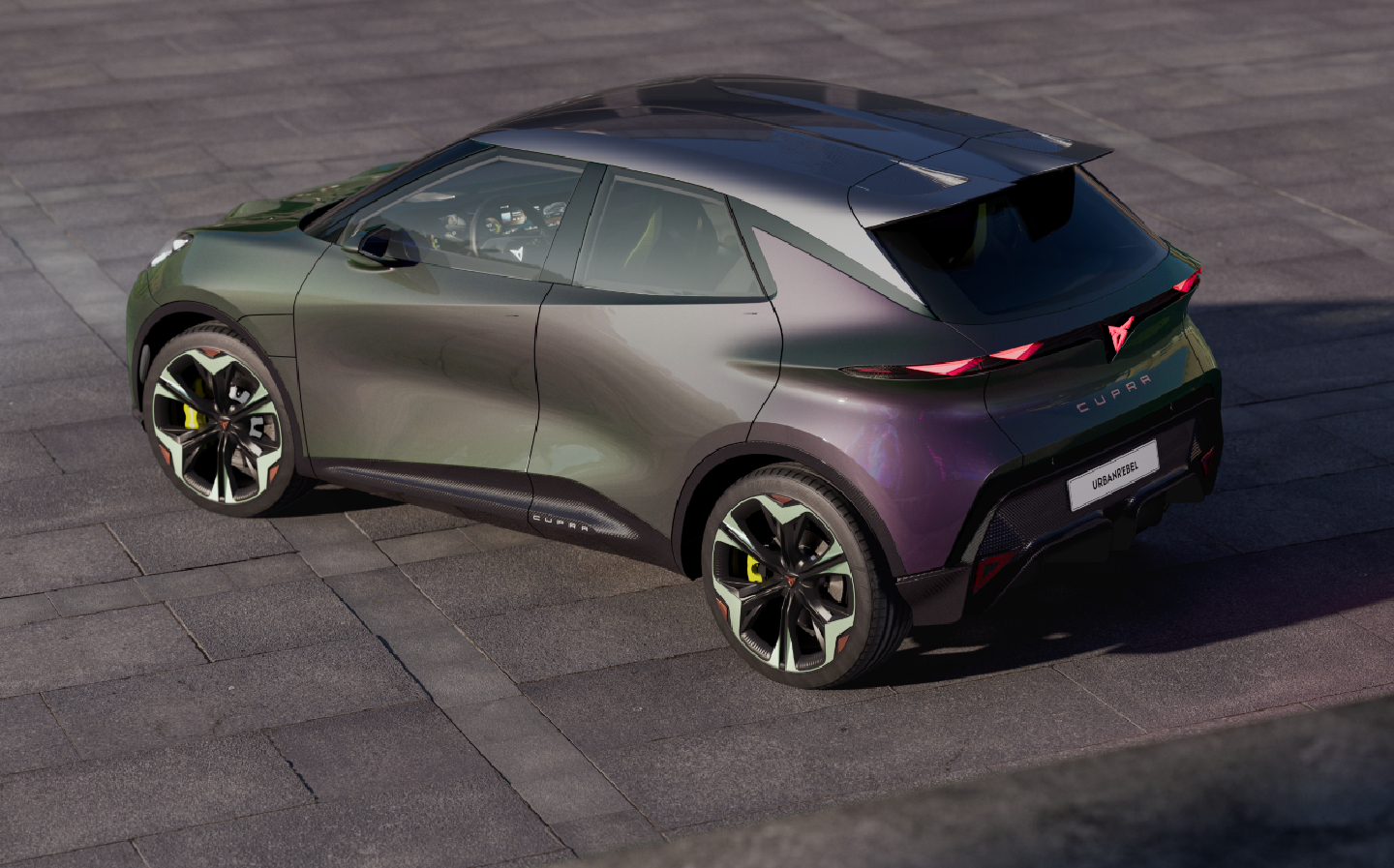 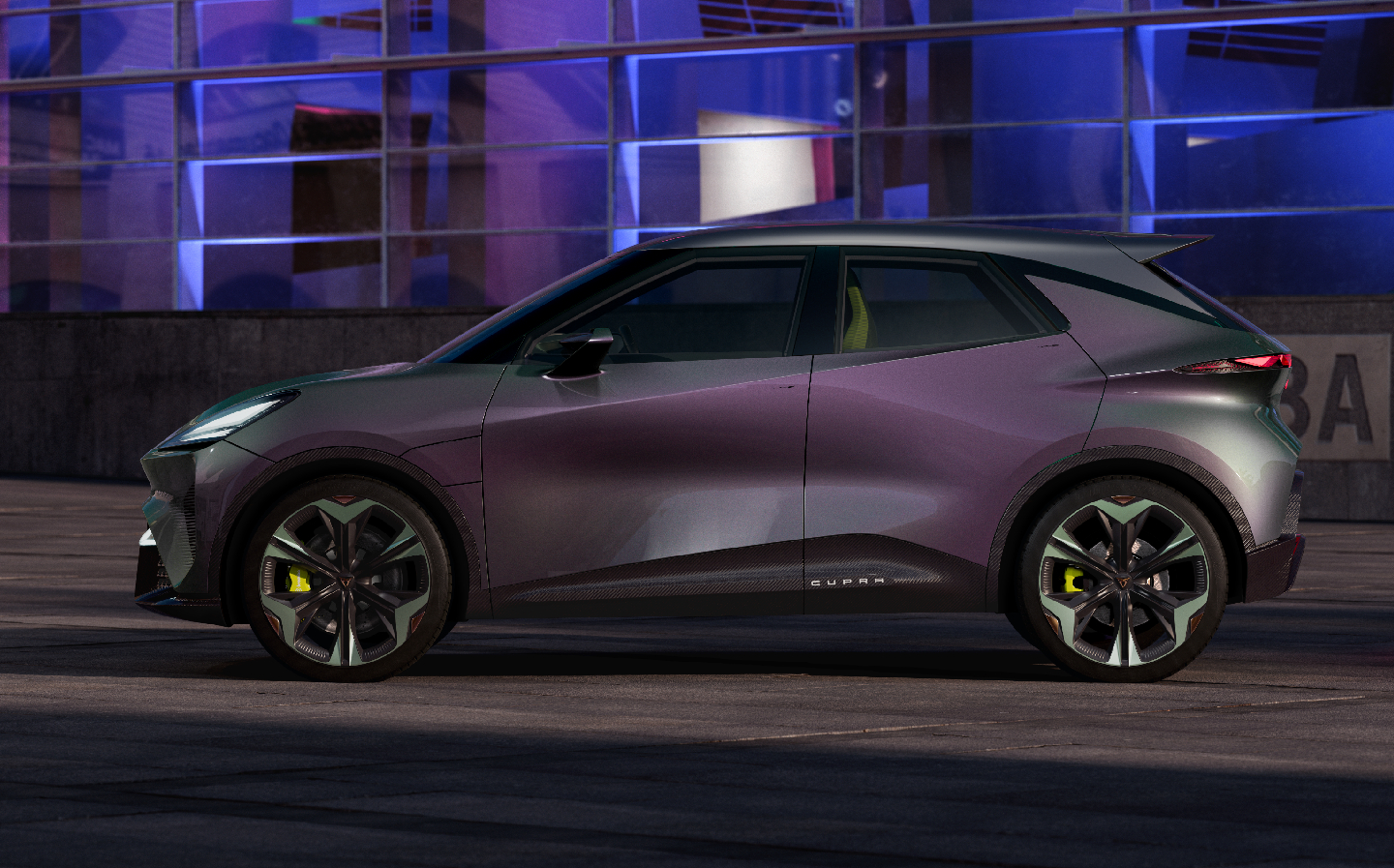 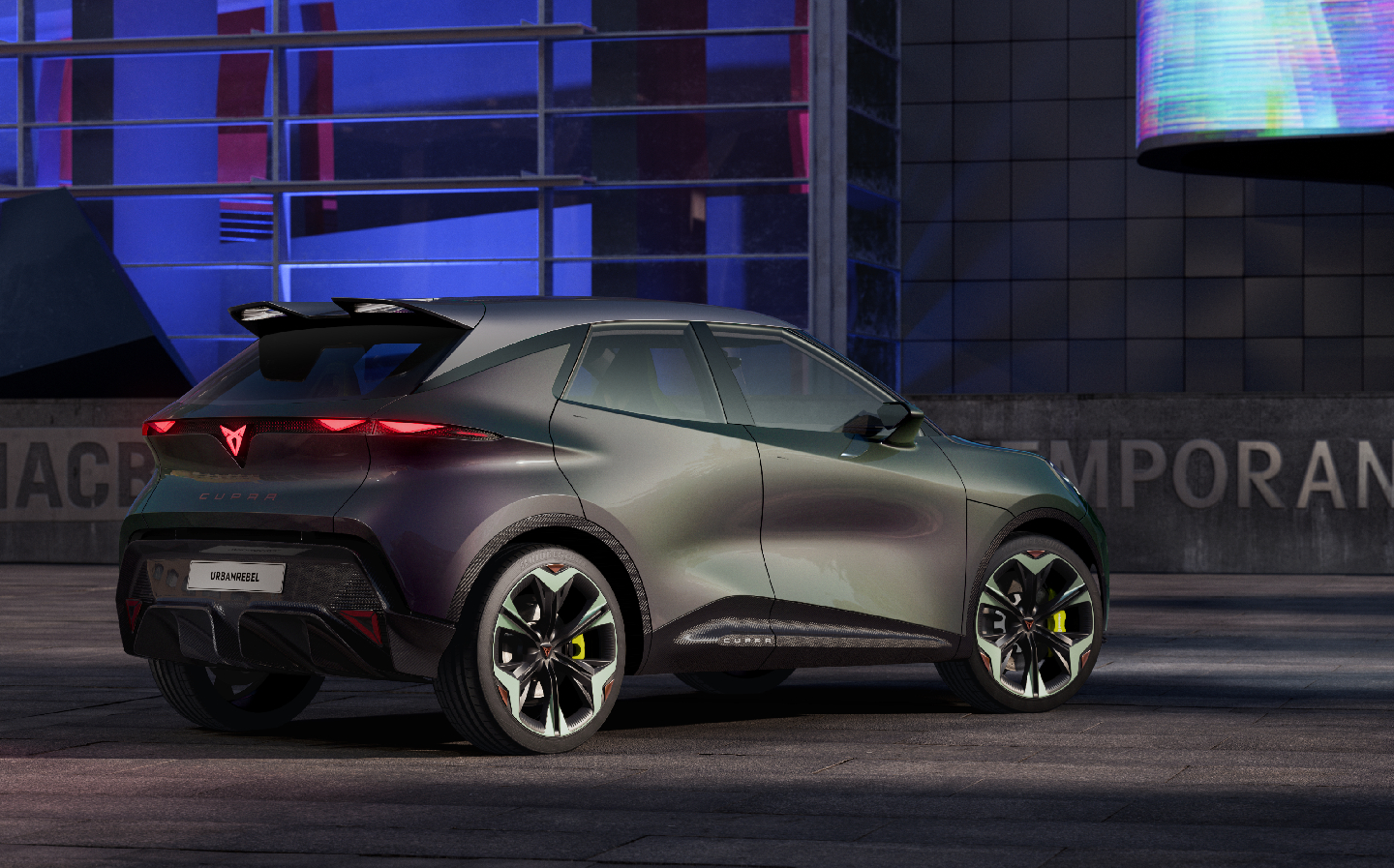 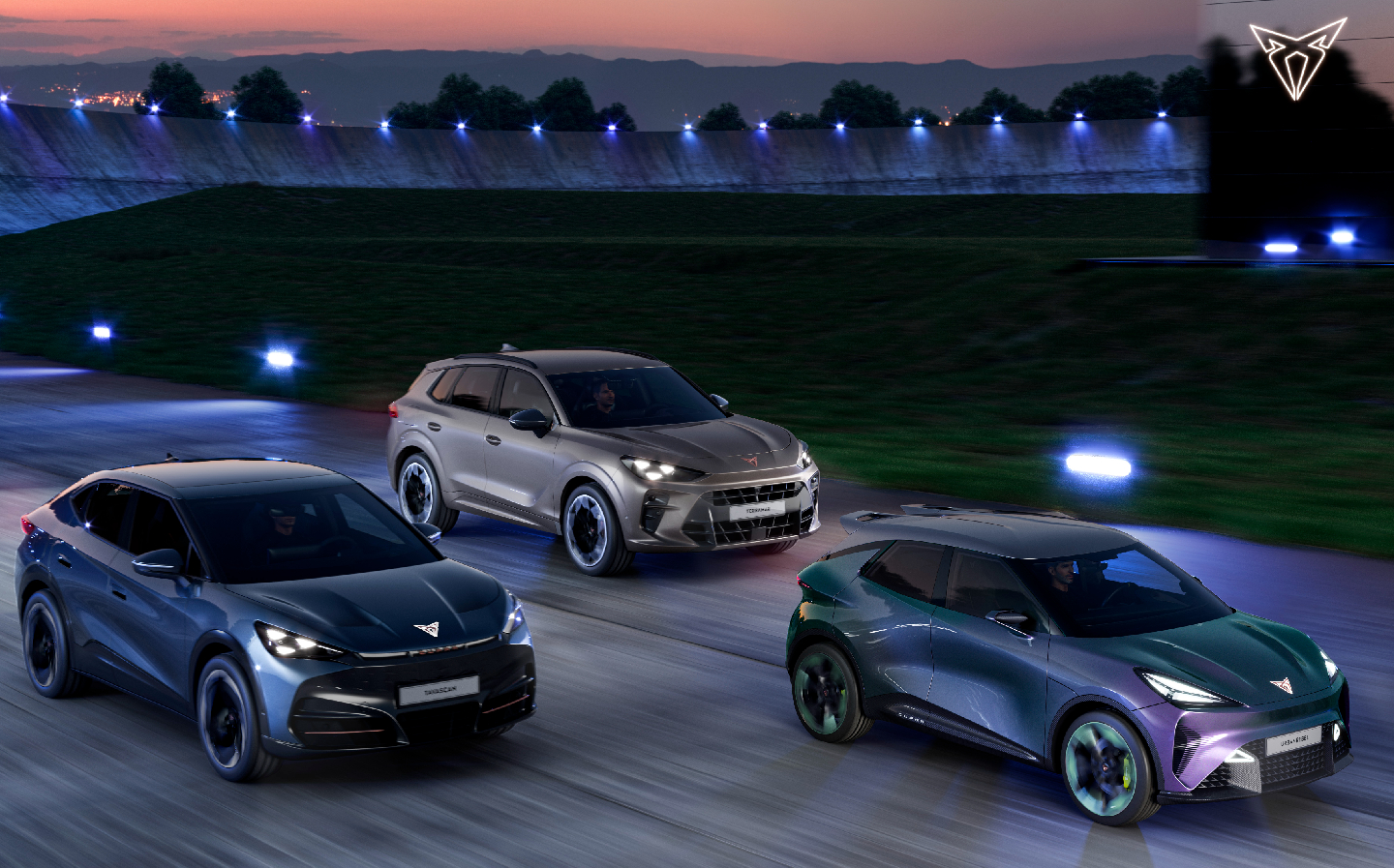 Spanish car maker Cupra has revealed its plans for three new cars that it will launch over the next three years, including the UrbanRebel, a sporty pure-electric supermini that the company says will help “democratise sustainable urban mobility”.

At just over 4m long, the Cupra UrbanRebel is a shade shorter than a Renault Zoe, yet packed into its compact form is a battery pack capable of up to 273 miles, according to the brand, which is 10 miles fewer than a Zoe R135.

However, the UrbanRebel has the Zoe licked in terms of performance, packing a 226hp electric motor that allows a 0-62mph sprint in punchy 6.9 seconds, more than 2.5sec quicker than the Renault.

Cupra is making big noises about UrbanRebel’s environmental credentials. The car uses a mix of 3D-printed and 3D-knitted materials in its manufacture, with a lightweighting approach to the interior and exterior.

The small footprint, both in terms of carbon and dimensions, are designed to appeal to young city-dwelling motorists, according to the brand.

“The UrbanRebel is more than just a car to CUPRA. This is the model that will democratise urban electric mobility. Emotional, sexy, and fun to drive and at the same time accessible. We prove that electric cars don’t have to be boring. This will be the next generation’s entry into our range.”, said Wayne Griffiths during the Impulse event.”

Cupra plans to launch the Barcelona-designed UrbanRebel in 2025, with production at the firm’s plant in Martorell.

Before the UrbanRebel arrives, though, Cupra will introduce its first plug-in hybrid SUV. The Terramar, named after the historic racing venue in Sitges, will have a claimed electric range of 62 miles, which is double the range of most current PHEVs and similar to the electric range promised by the forthcoming Range Rover PHEV.

Long journeys are made possible without plugging in thanks to a petrol engine under the bonnet.

“Thinking of how the driver will feel, we provide a unique experience with the latest technology, thanks to the driver oriented interior concept. All in all, a 4.5 metre long SUV, with Cupra DNA ready to shake one of the most competitive segments”.

Tavascan electric SUV to take on most competitive segment

Arguably the most fiercely-contested vehicle segment right now is that of the pure-electric SUV, with old hands such as the Jaguar I-Pace and Audi e-tron now facing stiff competition from the likes of the Ford Mustang Mach-E, Mercedes EQC and BMW iX3, and new entries that include the Kia EV6, Hyundai Ioniq 5, Smart #1 and Genesis GV60. It’s into this ultra-competitive market that Cupra will launch its own entry, the Tavascan.

The production Tavascan “remains faithful to the 2019 concept car”, with some design elements included that were “strongly hinted at” in the Cupra Tavascan Extreme E Concept.

We were treated to the production car design at the Cupra event this evening, including what Cupra promises is a signed-off image of the interior (above).

“The Cupra Tavascan doesn’t just capture the vision of contemporary electrification, but it also globalises the brand, taking Cupra to new markets,” the company said in a statement. It will be launched in 2024.

Since the Cupra brand spun off from Seat in 2018 it has delivered nearly 200,000 vehicles, and the brand’s ambitious goal is to double its annual sales in 2022 and hit a planned 500,000 cars a year through global expansion. The company aims to double its dealer network and its €2.2bn turnover from 2021 this year, too.

The company is in the midst of a global expansion and is in the process of launching in Australia., with the first dealer opening in Sydney later this month.

Along with the three new models over the next few years, the current line-up of Cupras – Leon, Formentor and Born – will also be refreshed by 2025.

The Volkswagen-owned brand is also investing heavily in Spain’s electric infrastructure. It has pulled together a group of 62 national and international partners under a project called Future: Fast Forward, aiming to “transform Spain into a European hub for electric mobility”.