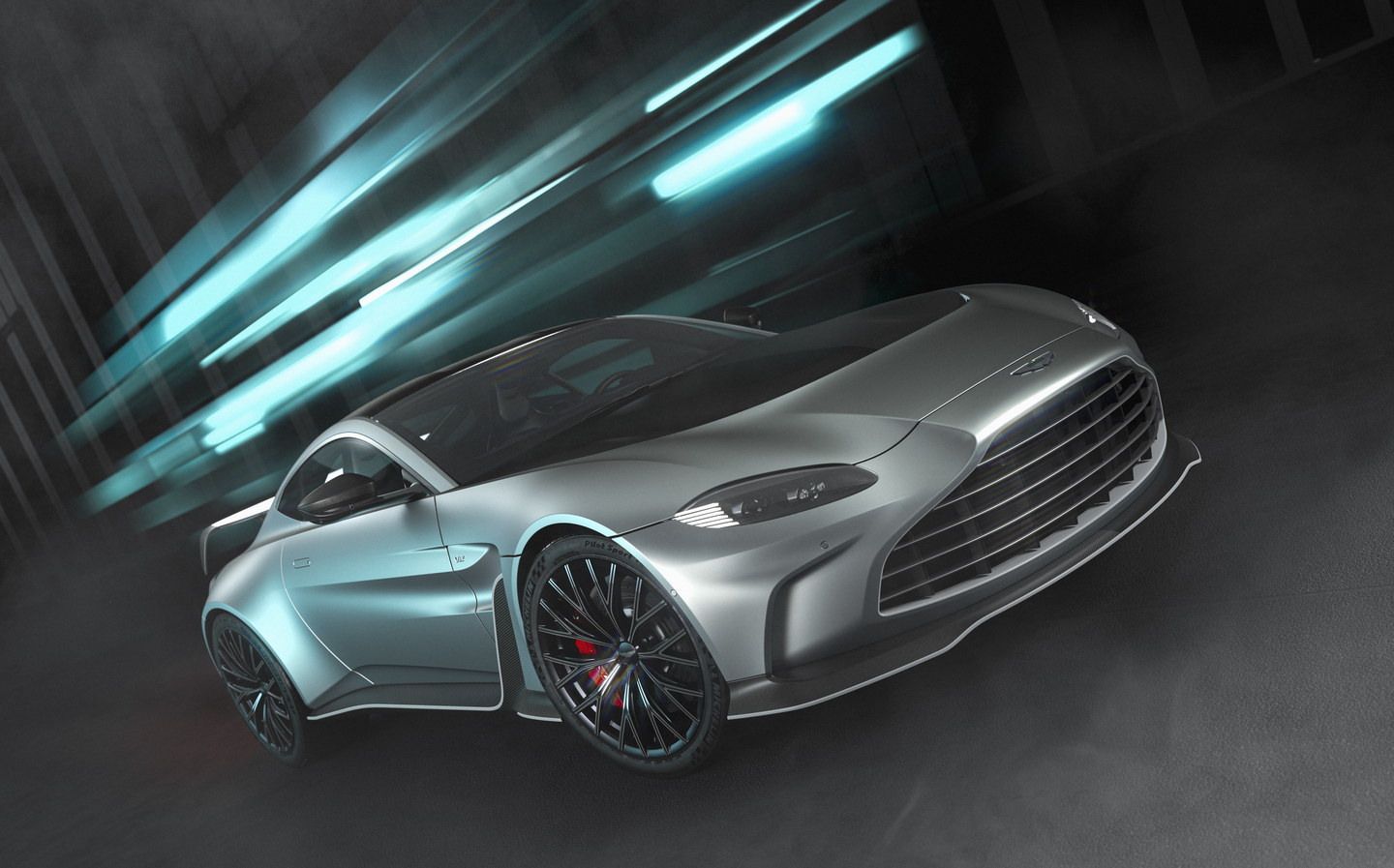 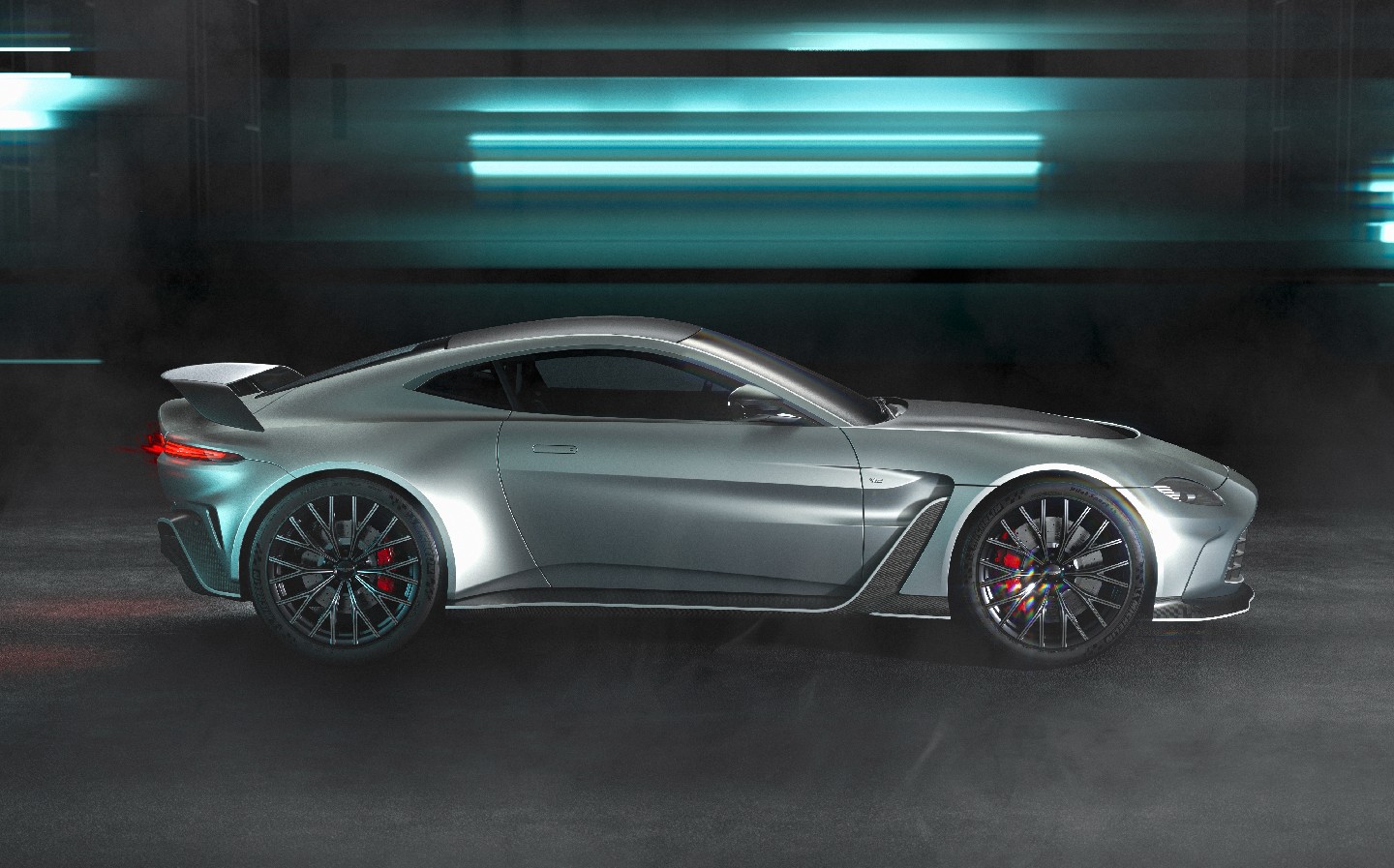 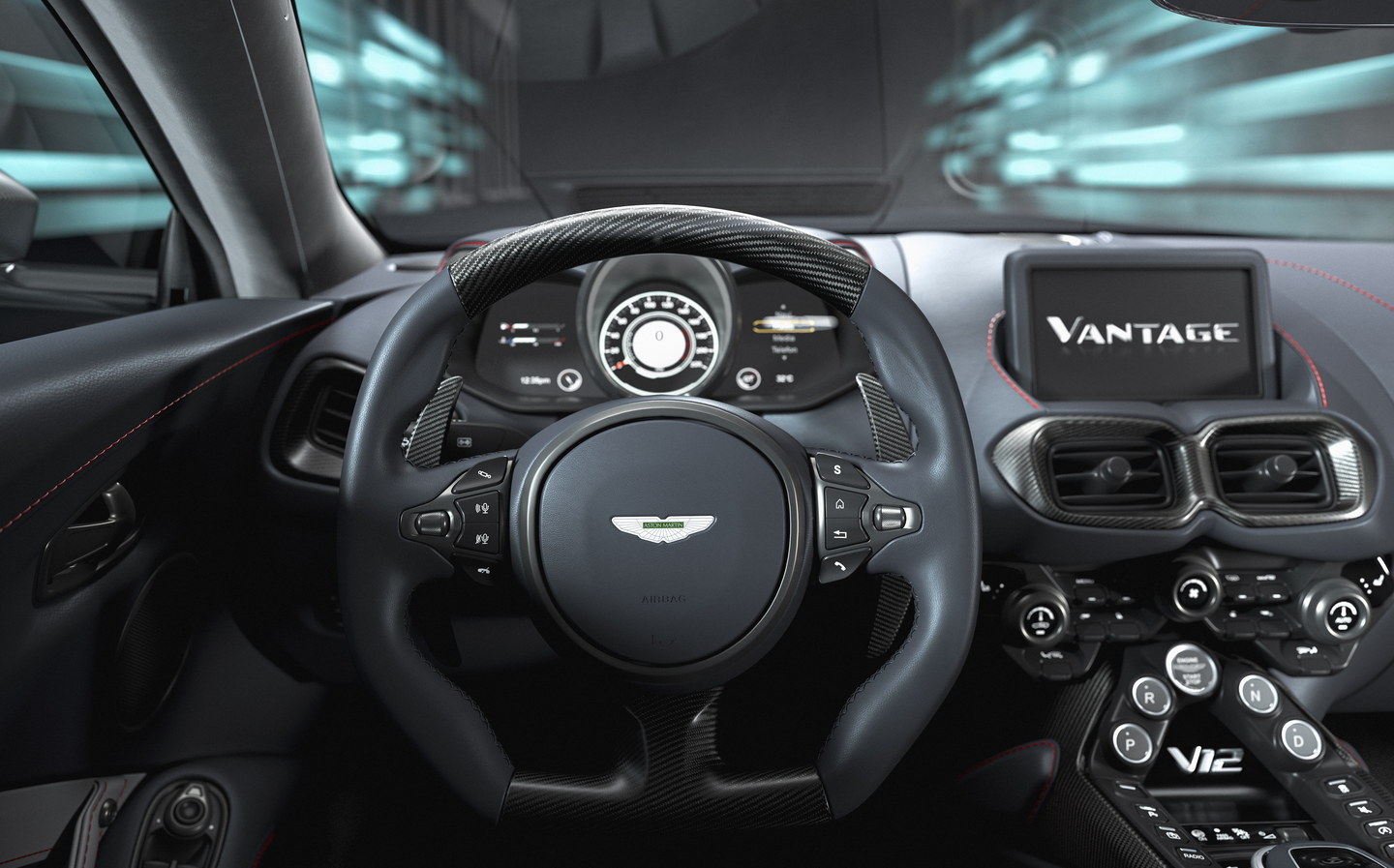 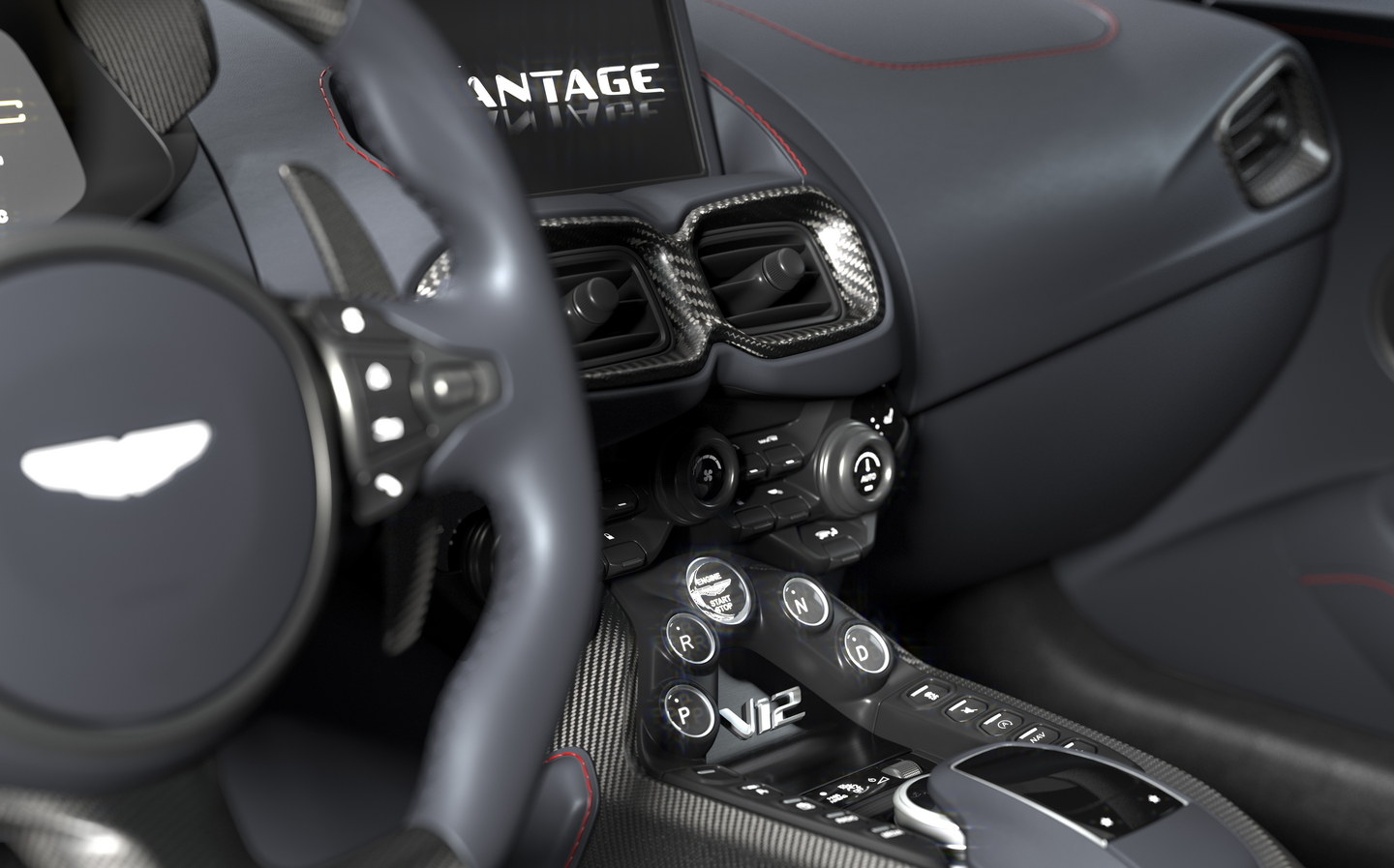 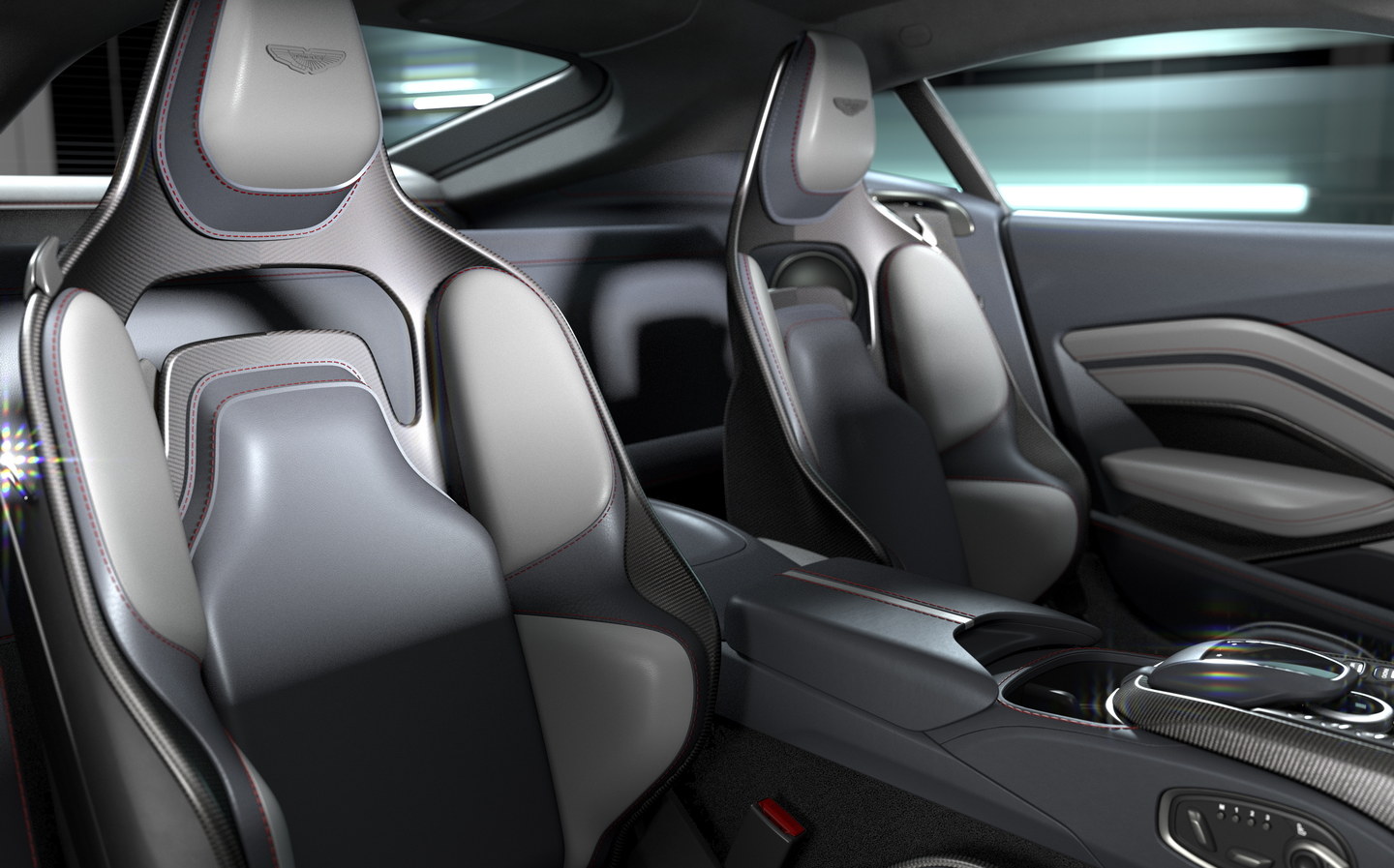 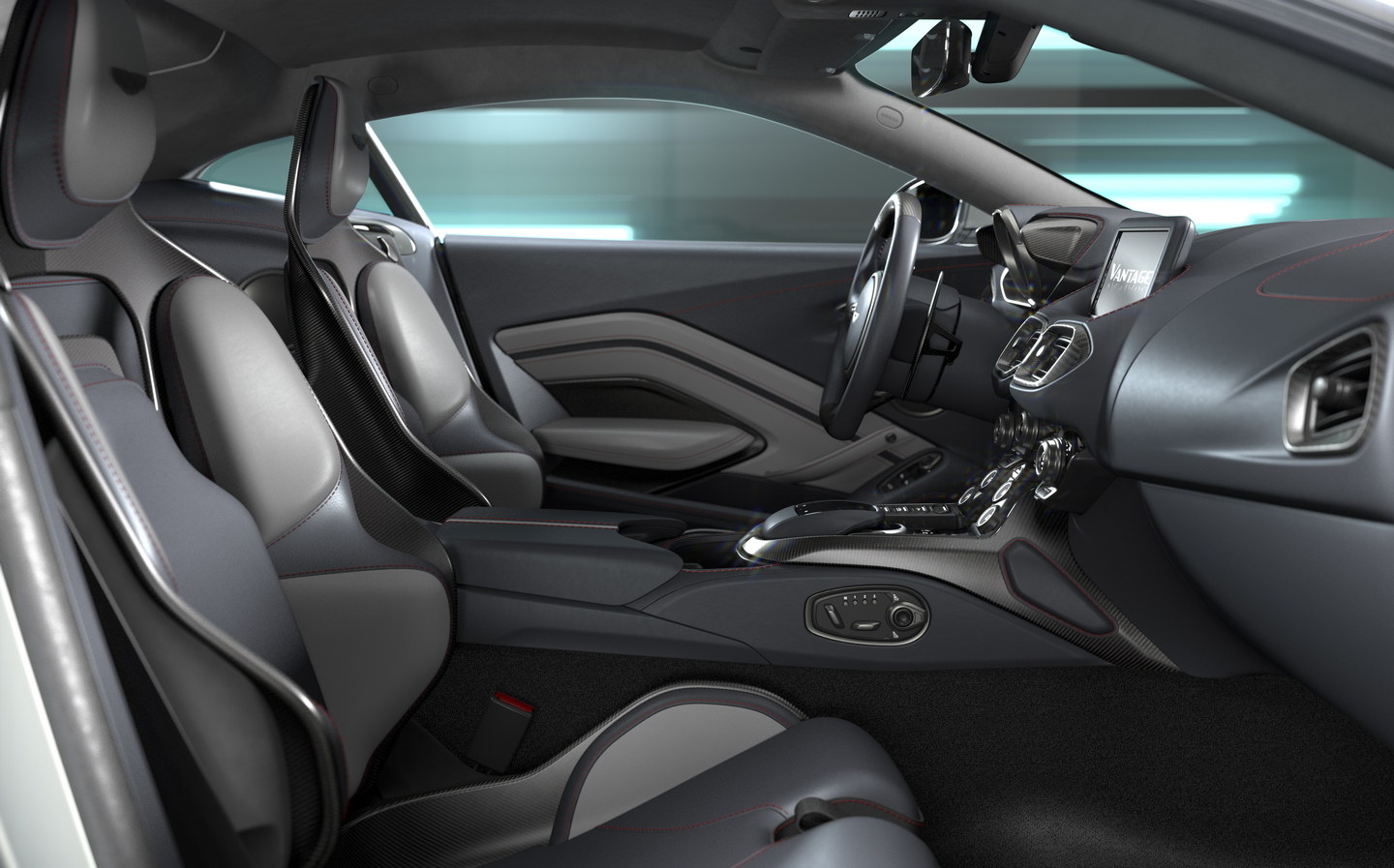 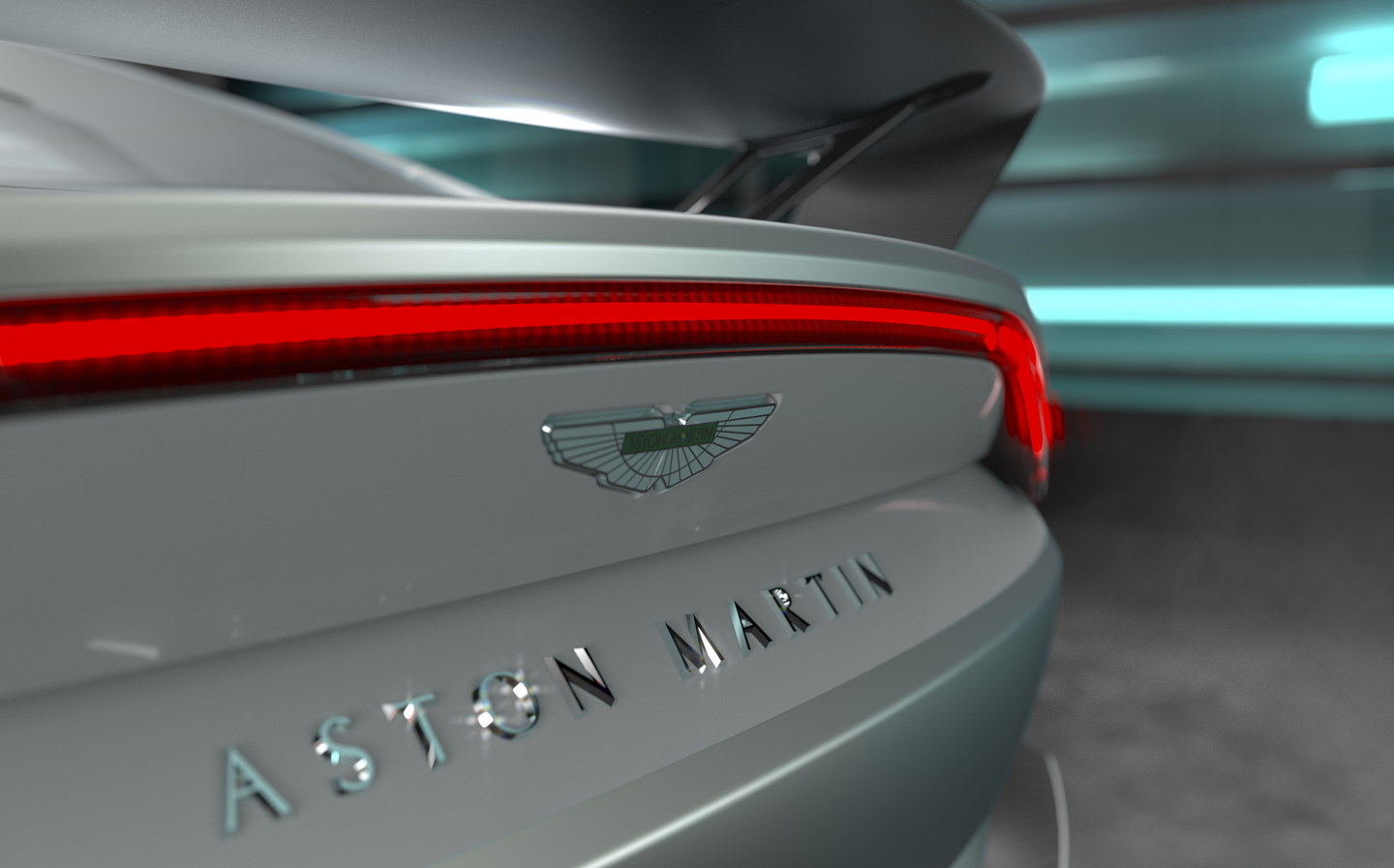 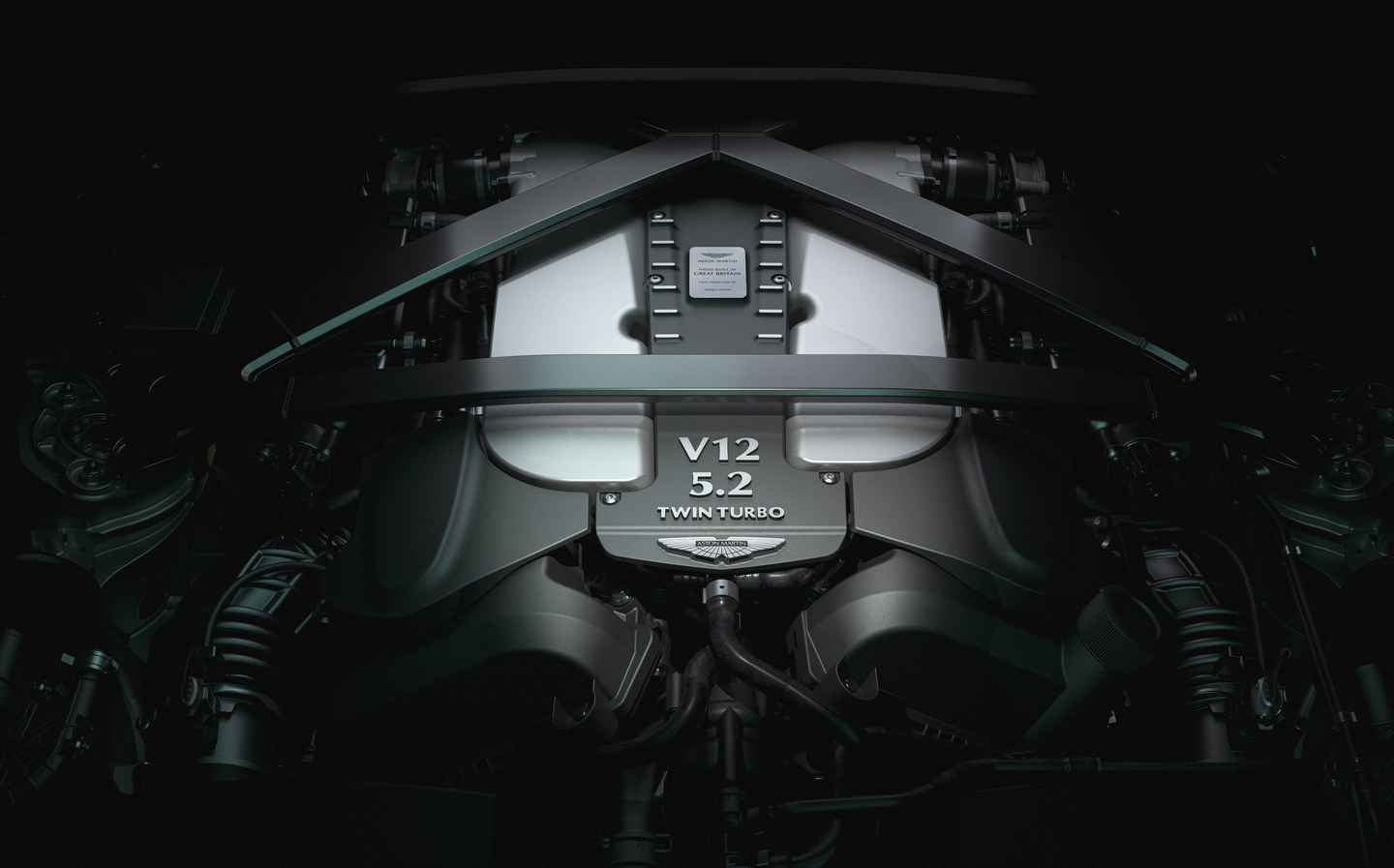 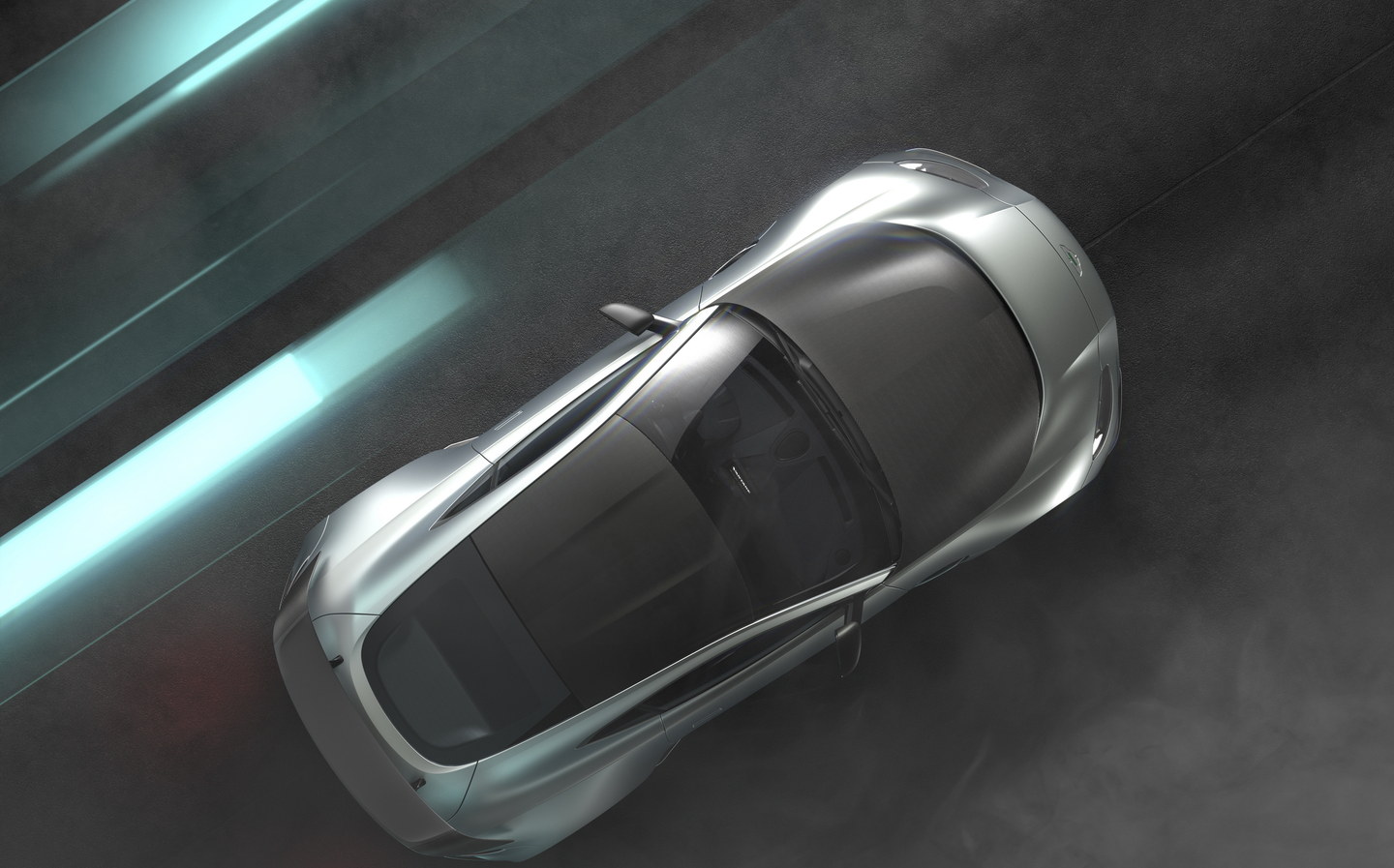 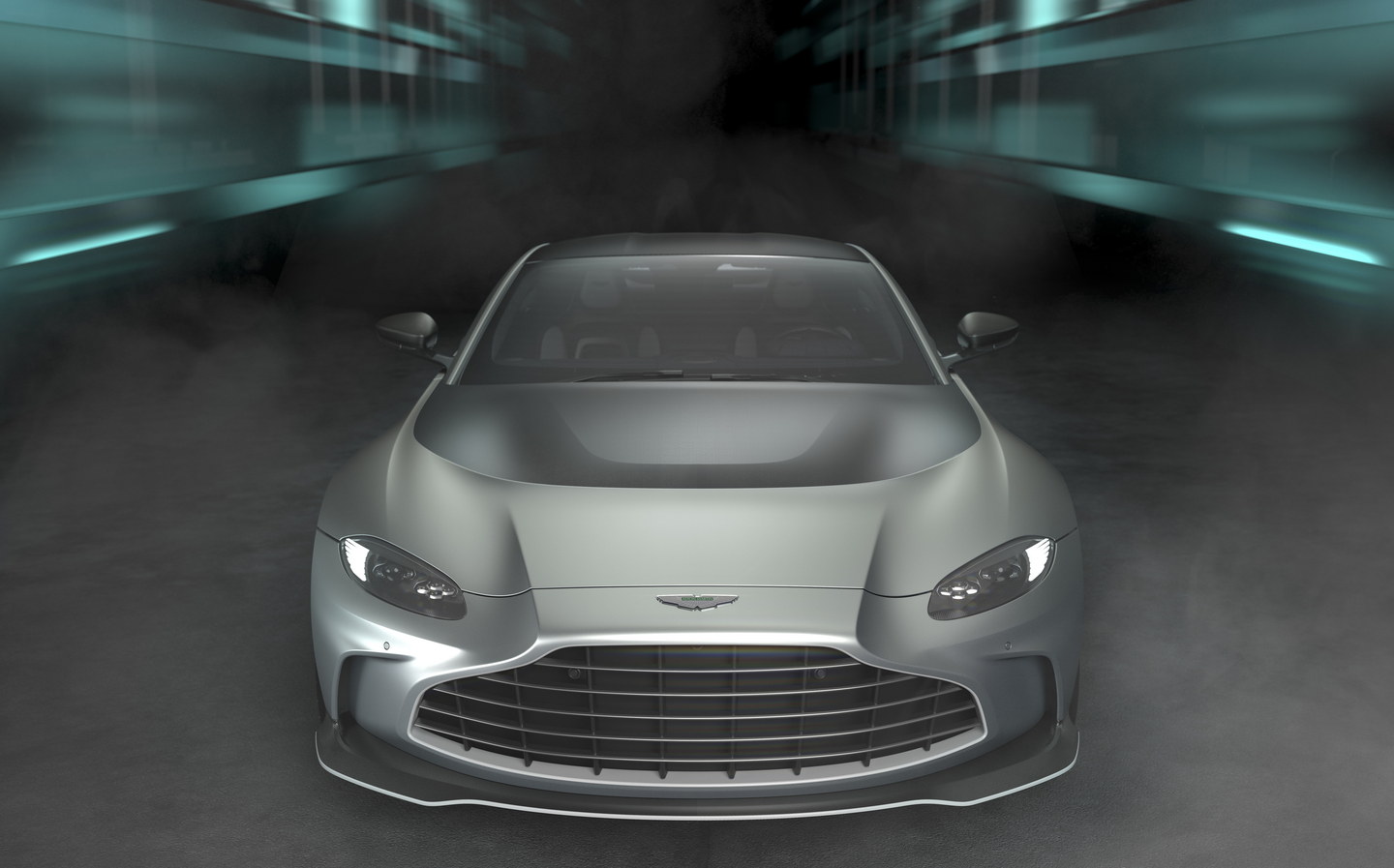 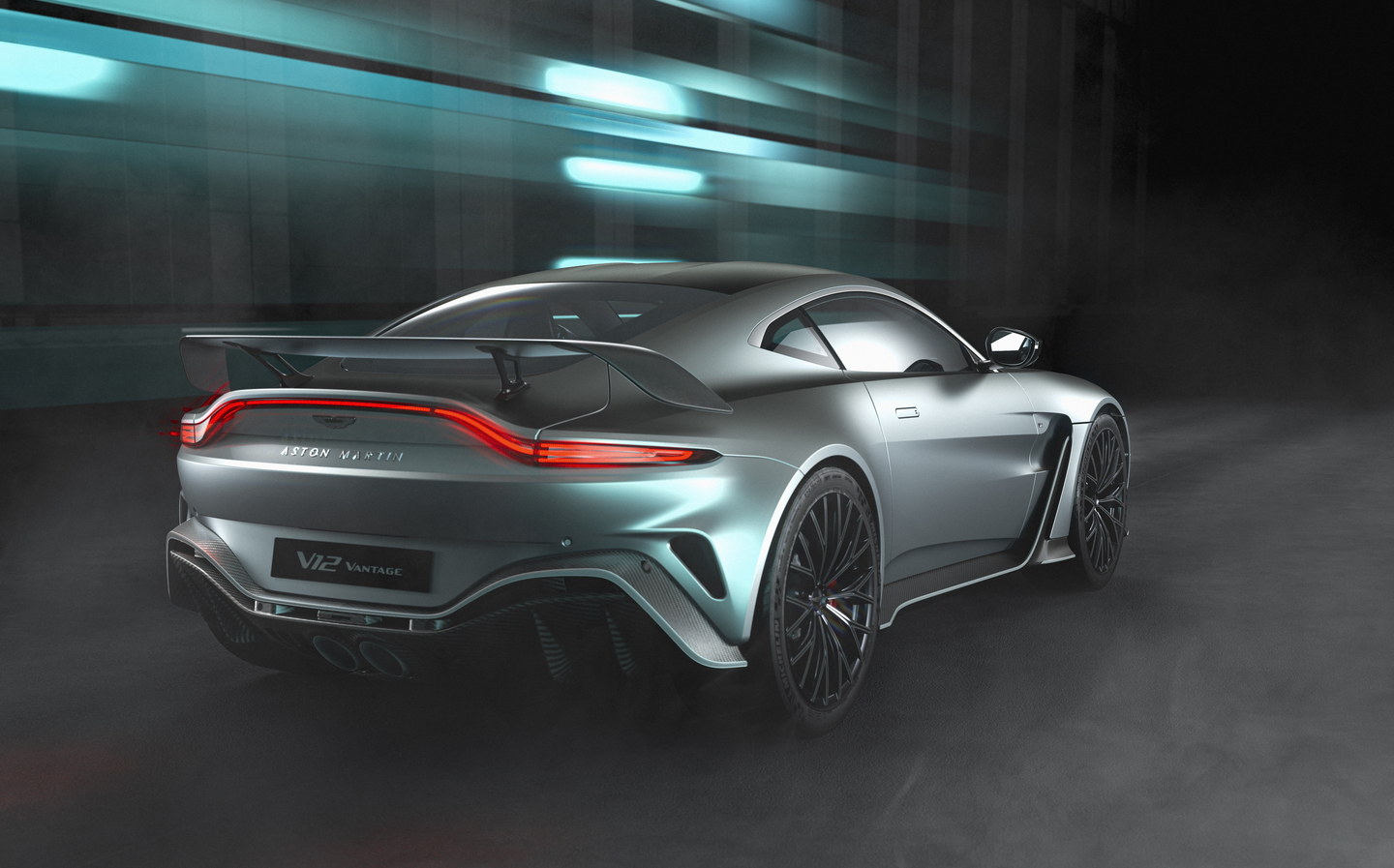 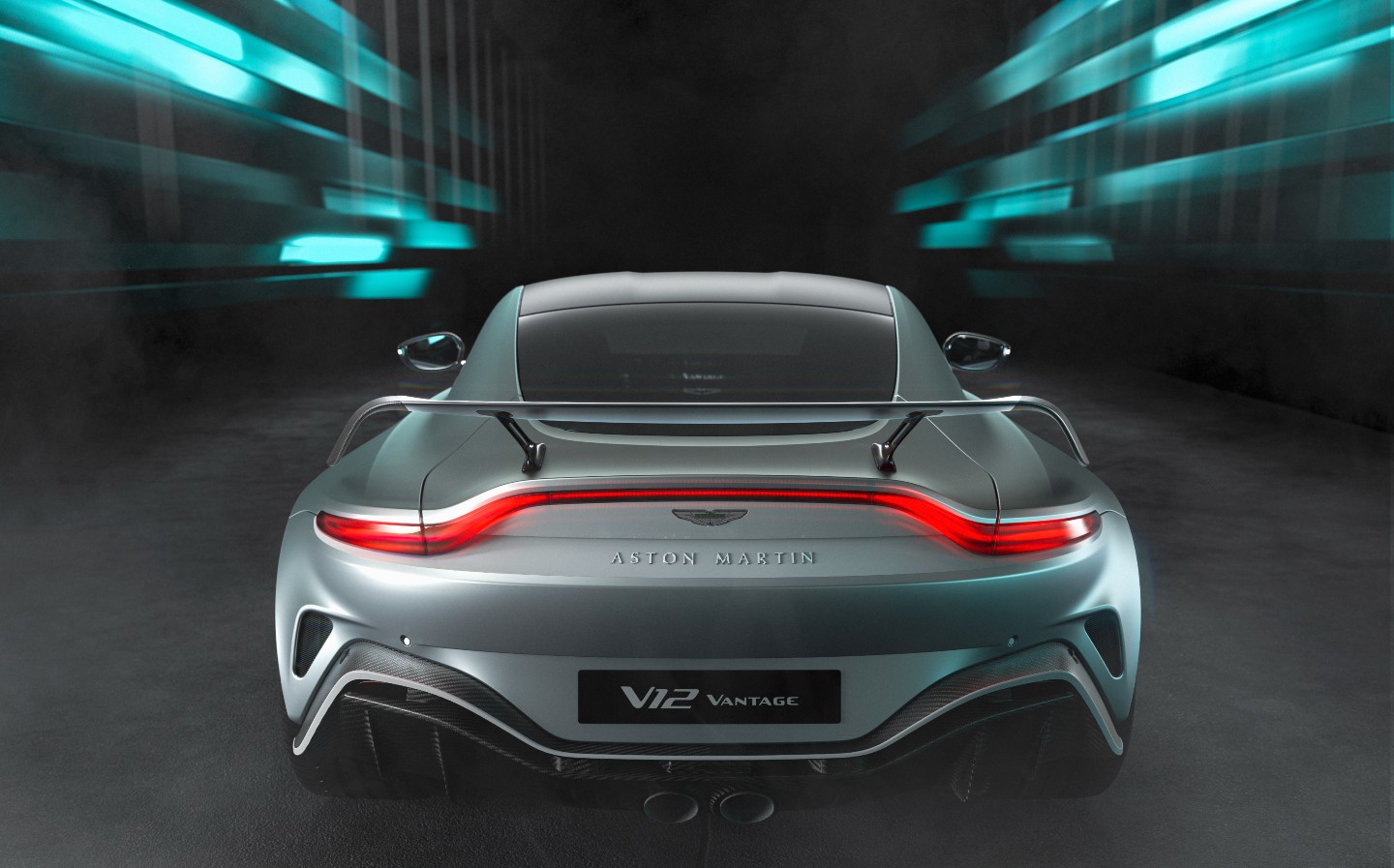 Aston Martin has released details of its final V12 Vantage, due to be the most powerful Vantage yet and with production limited to just 333 units globally.

This is the last time that Aston’s 5.2-litre twin-turbo V12 will be fitted to the model and with its 690bhp and 555lb ft of torque, the company said that the sports car will be able to hit a top speed of 200mph and sprint from 0-60mph in 3.4 seconds.

Some of the differences between the V12 and its V8 stablemate are visual and immediately obvious: the bodywork is 40mm wider to accommodate chassis upgrades and extensive aerodynamic upgrades combine to create 204kg of downforce at max speed.

The front bumper is new, as is the full-width front splitter. The grille is around 25% bigger for greater airflow and cooling. A large wing adorns the rear (though buyers can opt not to have it fitted), as does a new bumper with integrated diffuser to help suck the rear of the car to the ground.

Most of the weight reduction comes from replacing parts and panels with lighter equivalents: the carbon fibre front bumper, for example, as well as the bonnet, front wings, sills, composite rear bumper and deck lid and battery. A special centre-mounted twin-exit exhaust system made from 1mm-thick stainless steel saves 7.2kg alone.

Straight-line performance, though impressive, is claimed to take a back seat compared to improved driving dynamics and engagement. The weight reduction is complemented by new adaptive damping, anti-roll bars, bushes, and spring and damper assemblies.

Bringing the V12 Vantage to a halt is a set of carbon ceramic brakes with six-piston calipers at the front and four-piston versions at the rear. The brakes are engineered to resist fade up to 800°C, making them well-suited to fast driving at track days. The use of carbon-ceramic discs, Aston says, saves an additional 23kg over equivalent steel items.

The whole package sits on a set of 21in black wheels (with an 8kg lighter option also available) shod in Michelin Pilot 4S high-performance tyres.

“Every great sports car brand has a hero car,” said company CEO Tobias Moers. “For Aston Martin in more recent years that car has been the V12 Vantage.

“Right from the moment the first V12 Vantage RS Concept was shown back in 2007 our customers and fans around the world fell in love with the idea of fitting our biggest engine into our smallest and most sporting model.

“The recipe has been refined over the years with great success, but the essence has remained the same. Now it is time to bring this bloodline to a close, fittingly with the most spectacular example yet — the fastest, most powerful and most dynamically capable V12 Vantage ever.

“A celebration of its forebears and an embodiment of Aston Martin’s intensifying focus on driving dynamics, it ensures the V12 Vantage goes out on the highest of highs.”

For those seeking to get their hands on one of the last V12 Vantage models, the order books are already closed because of high demand for the 333 units set to be built. Production is due to commence shortly, with first deliveries beginning in spring/ summer of 2022.