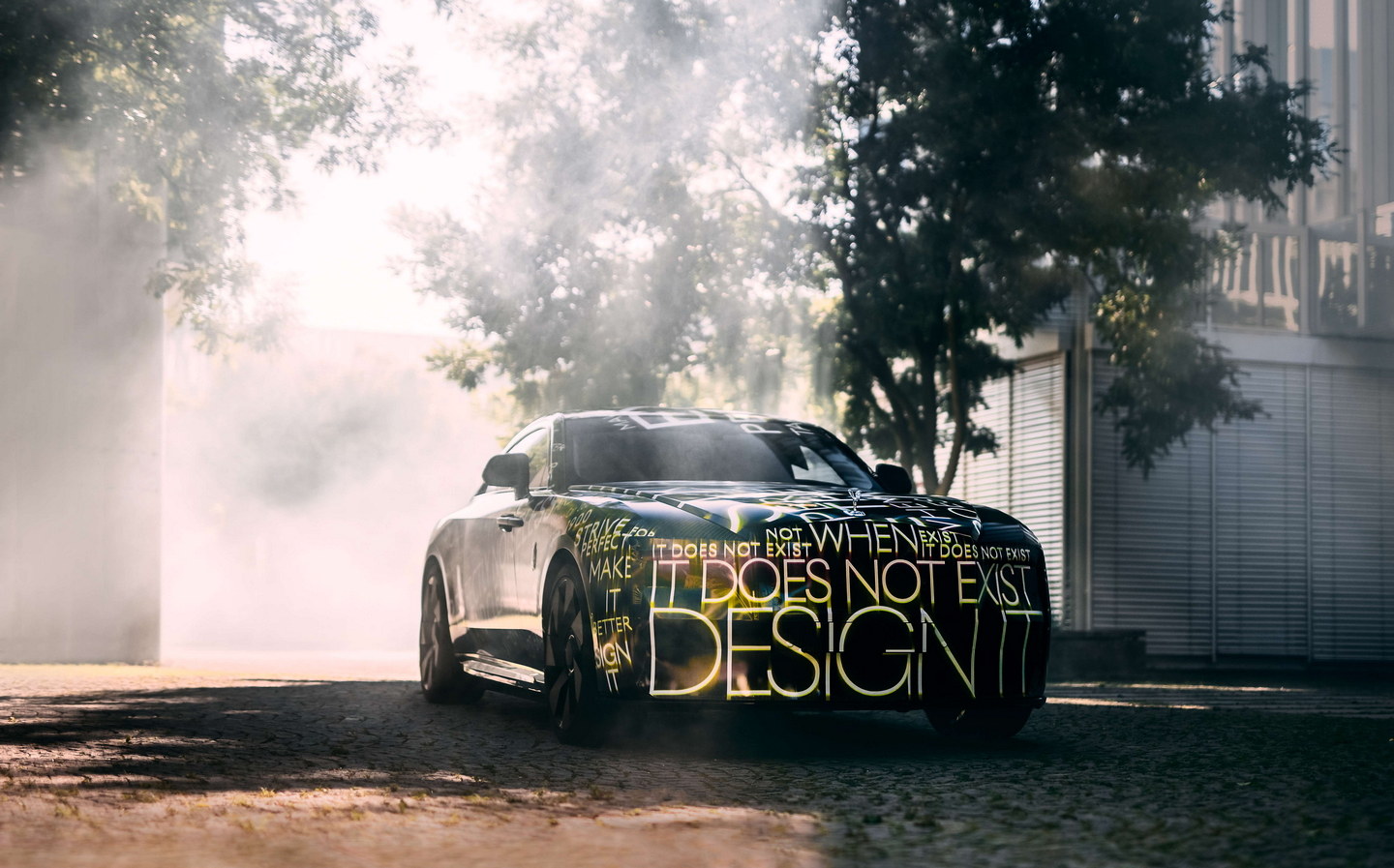 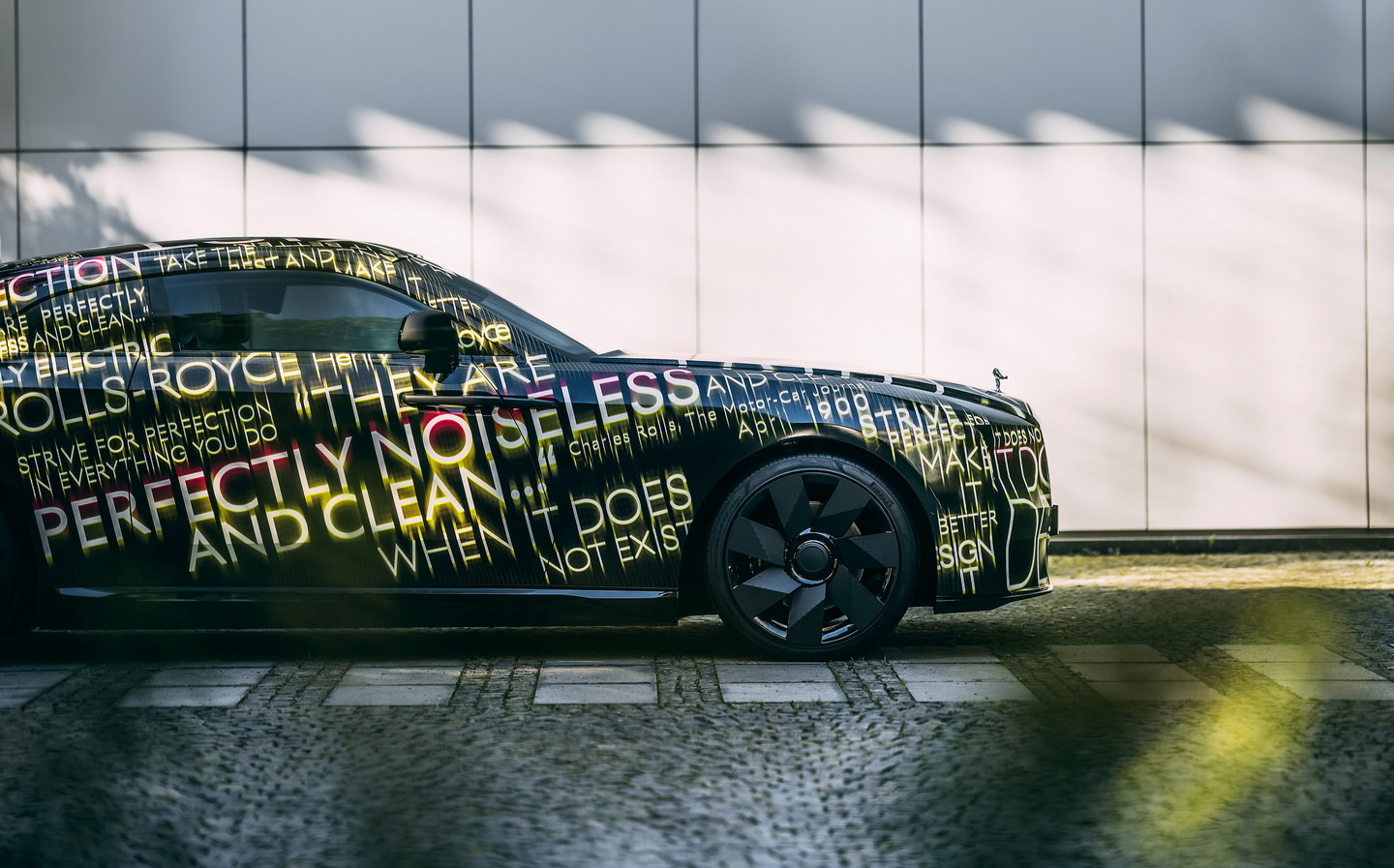 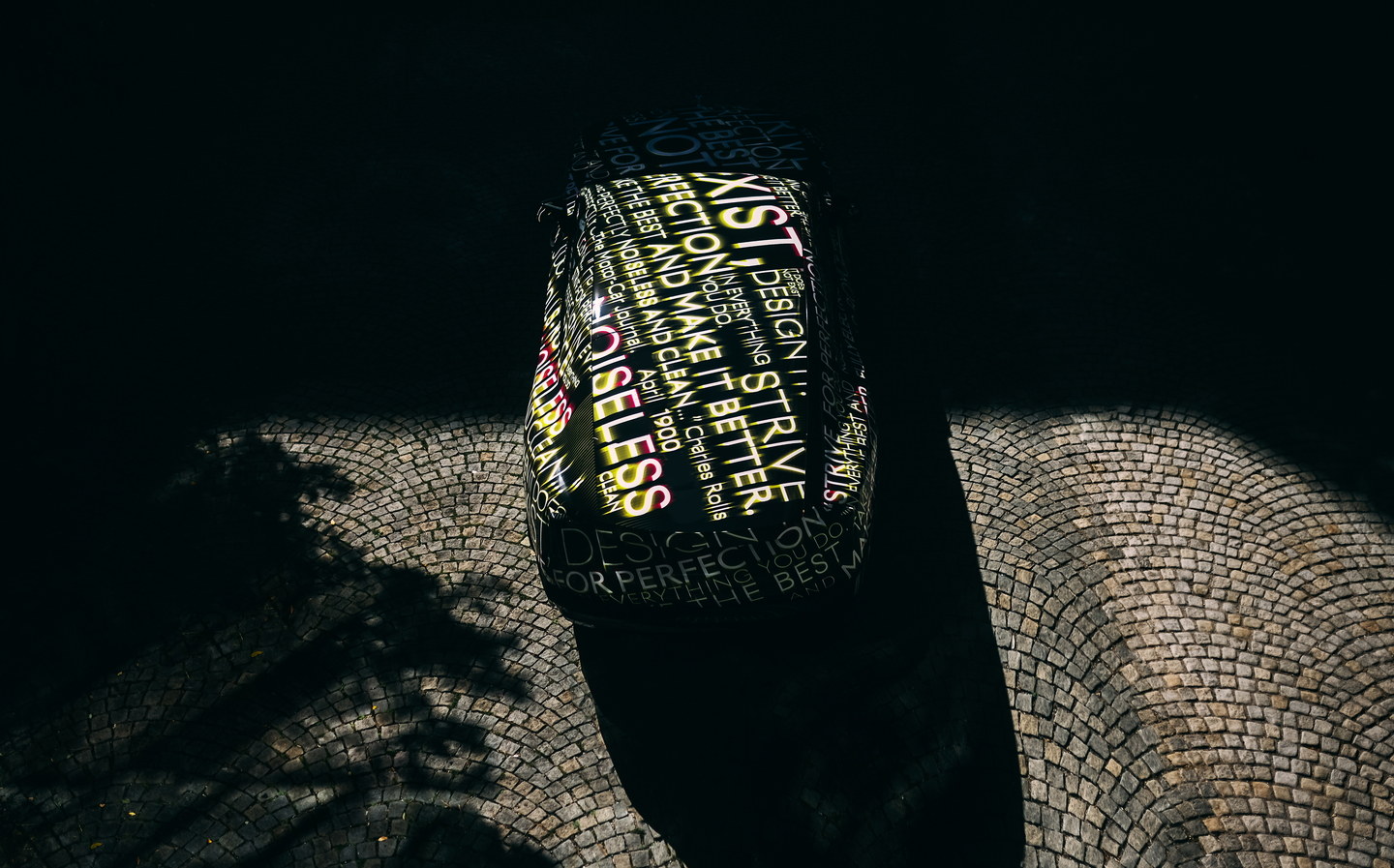 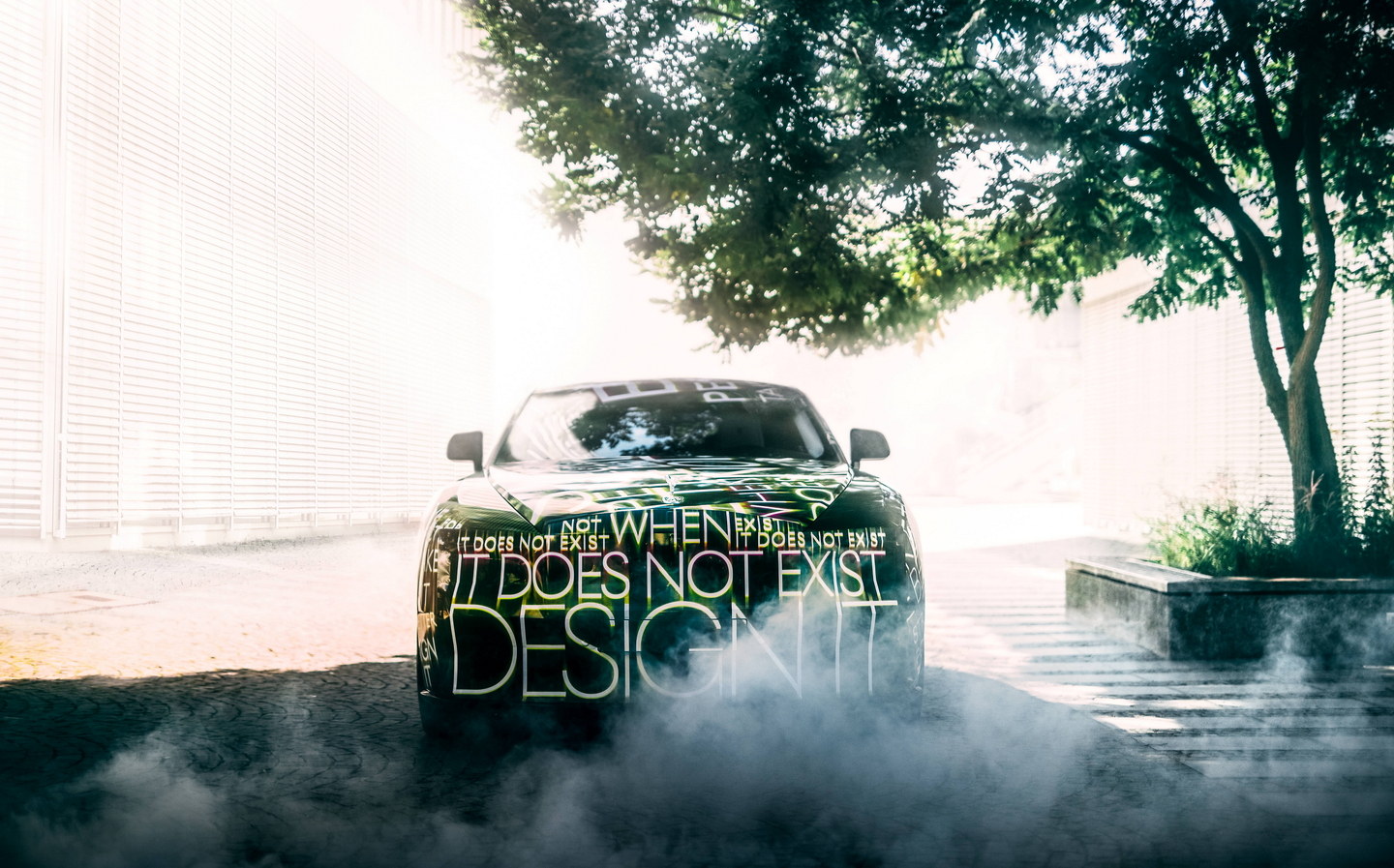 FOR THE first time in its 117-year history, luxury car maker Rolls-Royce is going electric with an all-new model. The Rolls-Royce Spectre (previously thought to be called the Silent Shadow) has been announced by company CEO Torsten Müller-Ötvös and will undergo an intensive test regime before going on sale in Q4 2023.

A set of images showing the Spectre in a camouflage wrap was also released this afternoon. The words covering the car are quotes from company founder Charles Rolls, including a prescient statement he made in 1900, when he owned a Columbia electric car, before the combustion engine gained a stronghold:

“The electric car is perfectly noiseless and clean. There is no smell or vibration, and they should become very useful when fixed charging stations can be arranged. But for now, I do not anticipate that they will be very serviceable – at least for many years to come.”

Under the camouflage, the Rolls-Royce Spectre prototype features bodywork that appears related to the Wraith luxury coupe. It features the same long bonnet and low-curving roof line, while the firm’s Spirit of Ecstasy bonnet ornament is present. However, the Spectre’s details are well hidden from view, so there are no clues as to how Rolls-Royce will differentiate its EV from the rest of the range, if at all.

The Spectre is based on the company’s “Architecture of Luxury” platform, which Rolls-Royce introduced with the current Phantom in 2017. It’s a platform that’s exclusive to Rolls and isn’t shared with any other division within the BMW Group, Rolls’ current owner.

Company boss Müller-Ötvös stated at the Spectre’s announcement that the platform was designed with electrification in mind. “This unique technology was created to form the foundation of not just different internal combustion engine models, but models with completely different powertrains,” he said.

“Free of any group platform sharing strategy, we were able to integrate our plans for an electric powertrain into the architecture’s initial design and ensure that this extraordinary new product meets the extremely high expectations of our clients.”

The Spectre will now undertake extensive testing before it goes on sale no earlier than the fourth quarter of 2023. Speaking about the test regime, Müller-Ötvös stated that the development of the new EV will happen in plain sight.

“We will cover 2.5 million kilometres [1.6 million miles] – a simulation of more than four hundred years of use for a Rolls-Royce, on average – and we will travel to all four corners of the world to push this new motor car to the limit.

“You will see these test cars on roads, around the world. Look out for them – they will be in plain sight. They will be tested in all conditions and over all terrains on their multi-million-mile journey – that will literally accelerate Rolls-Royce into the future.”

At this early stage there has been no confirmation of power outputs, driving range, charging times or price, but expect the Spectre to conform to Rolls-Royce’s philosophy of building ‘the best motor car in the world’.