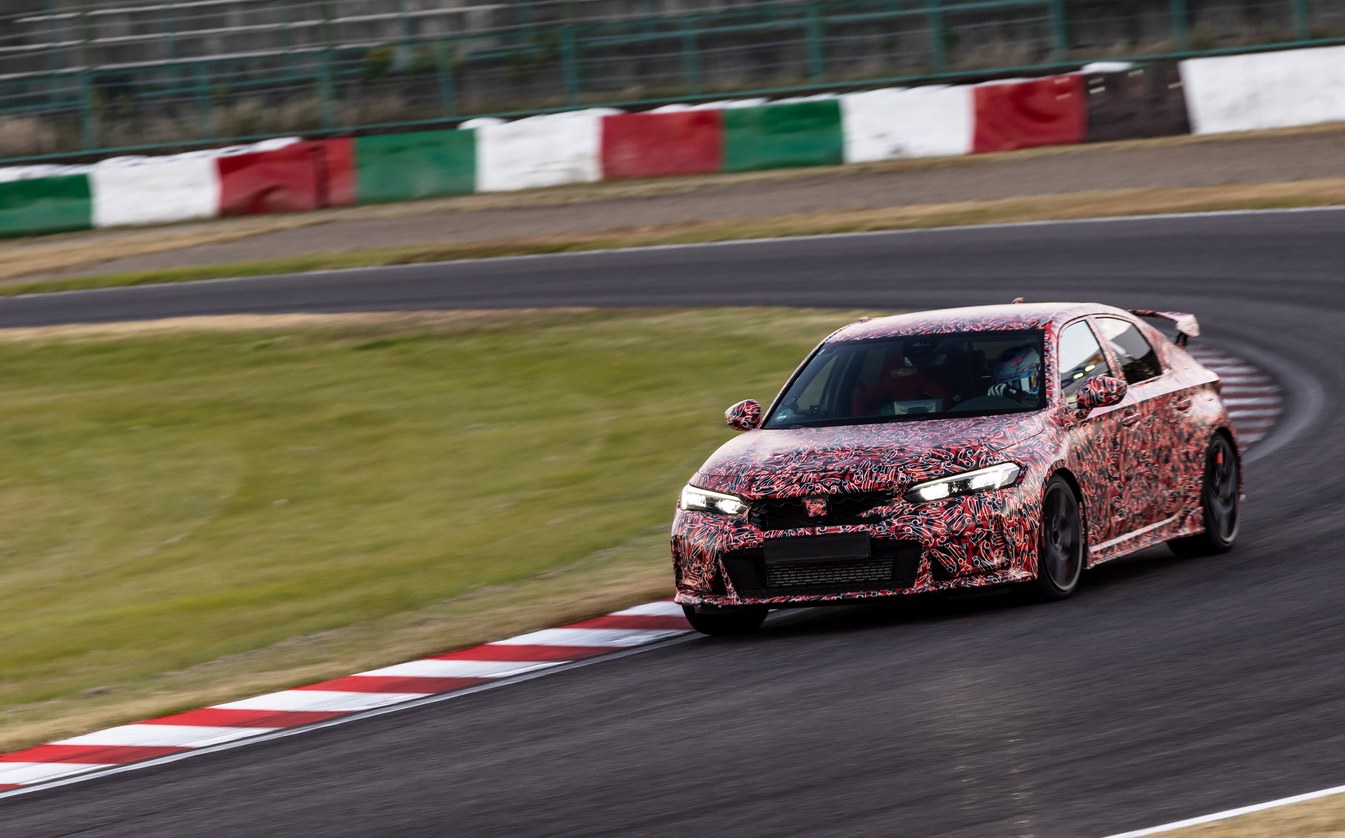 The upcoming Honda Civic Type R has broken the front-wheel-drive lap record at the Suzuka racing circuit in Japan, beating the previous record held since last year by its predecessor, the Honda Civic Type R Limited Edition — all before the new car has even been fully revealed.

The camouflaged 2022 Type R lapped the 3.6-mile circuit in 2 minutes 23.12 seconds during the final stages of its development testing, just over eight-tenths of a second faster than the previous model.

Suzuka, one of the longest tracks on the Formula One calendar, has been used as a testing ground by Honda since 1962 and will play host to the Japanese Grand Prix in October.

An assault on Germany’s 13.6-mile Nürburgring Nordschleife now looks likely, which would enable Honda to reclaim the front-wheel-drive crown from the Renault Mégane RS Trophy-R, an accolade it had has held since 2019.

What do we know about the Civic Type R so far?

Although the 11th-generation Civic has been revealed, very little is currently known about the Civic Type R.

The hot hatch version is expected, like its predecessor, to be powered by a turbocharged 2-litre four-cylinder engine, perhaps with a power boost beyond the previous model’s 316bhp. That engine will most likely be again mated to a six-speed manual gearbox.

With the new generation of Civic switching to hybrid power only and Honda’s electrification pledges, it’s possible that this Type R may be the last solely petrol-powered Type R that we’ll see.

Judging by both the camouflaged images of the new car and its base model, the Type R will eschew the polarising angular styling of the last model in favour of more restrained lines, but the overall proportions will remain largely the same, though with a lower, wider stance.

A sizeable rear wing dominates the boot for extra downforce, something that is to be expected on a performance model such as the Type R.

The new Civic destined for Europe is based on the Civic saloon released in the United States last year, so hotter versions of that, such as the 200bhp Civic Si, could potentially give further clues as to how the Type R may eventually look.

While the Type R may get sportier interior elements such as a sports steering wheel and deeper bucket seats, the interiors of the American Civic Si and European hatchback also give an idea of how the Type R’s cabin will look.

Gone, for example, will be the complex surfacing replaced by a more straightforward and upmarket interior, with a long air vent running latitudinally across the centre of the dashboard.

The new Type R is due for launch “later in 2022” according to Honda, and when it arrives it will take on hot hatch rivals such as the Hyundai i30 N, Renault Mégane RS and Ford Focus ST.

That arrival date remains to be seen, however. With the production delays currently bedevilling the car industry due mostly to the global semiconductor shortage, it may well be 2023 before deliveries of the new Civic Type R begin in the UK.