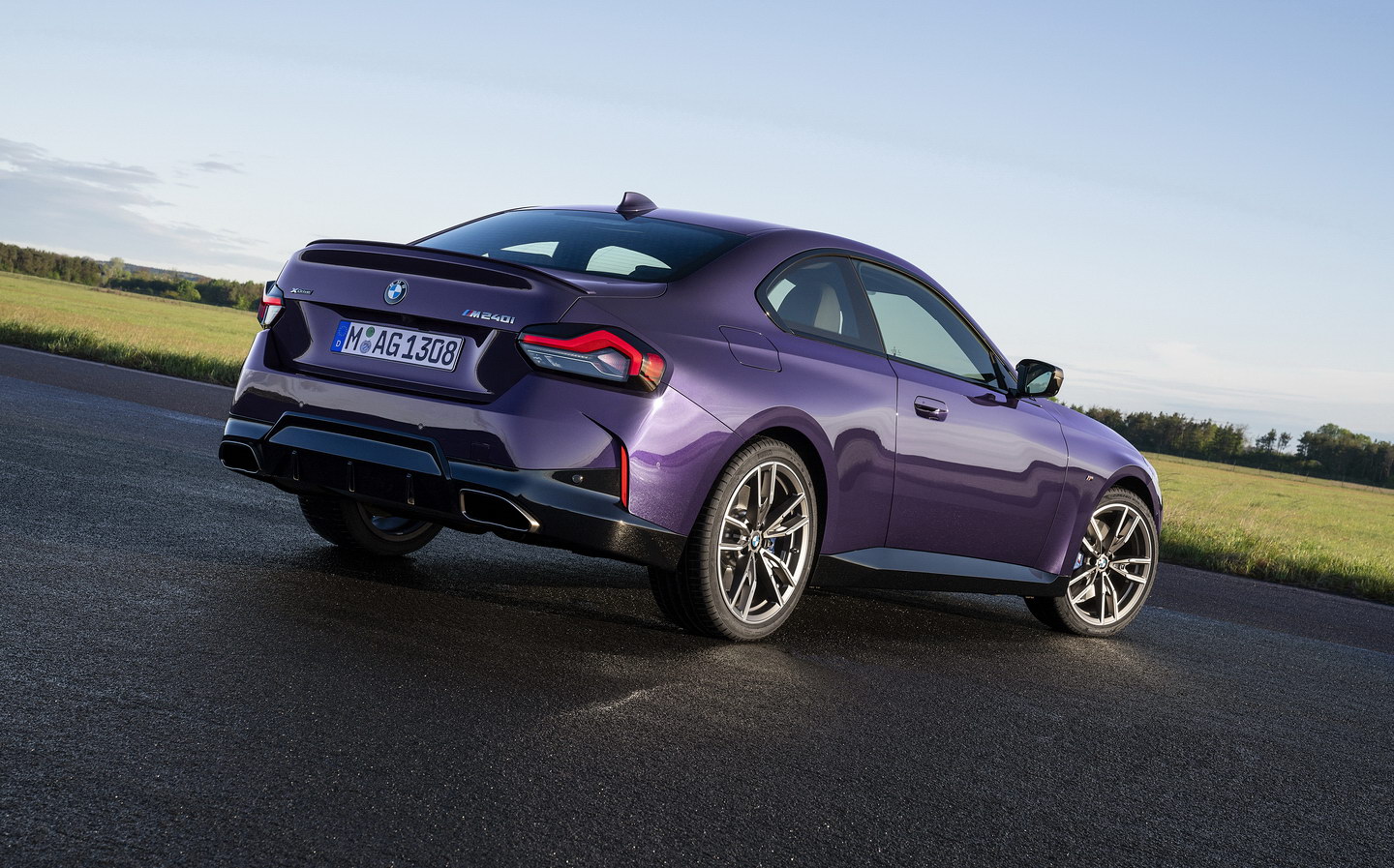 BMW HAS revealed a new 2 Series Coupé ahead of its UK launch in 2022.

The car promises to build on its predecessor’s sporty handling by borrowing bits from the BMW 4 Series — though thankfully not its nose.

Stylistically, the new BMW 2 Series Coupé has a familiar three-box side profile, and it looks considerably more muscular than before. 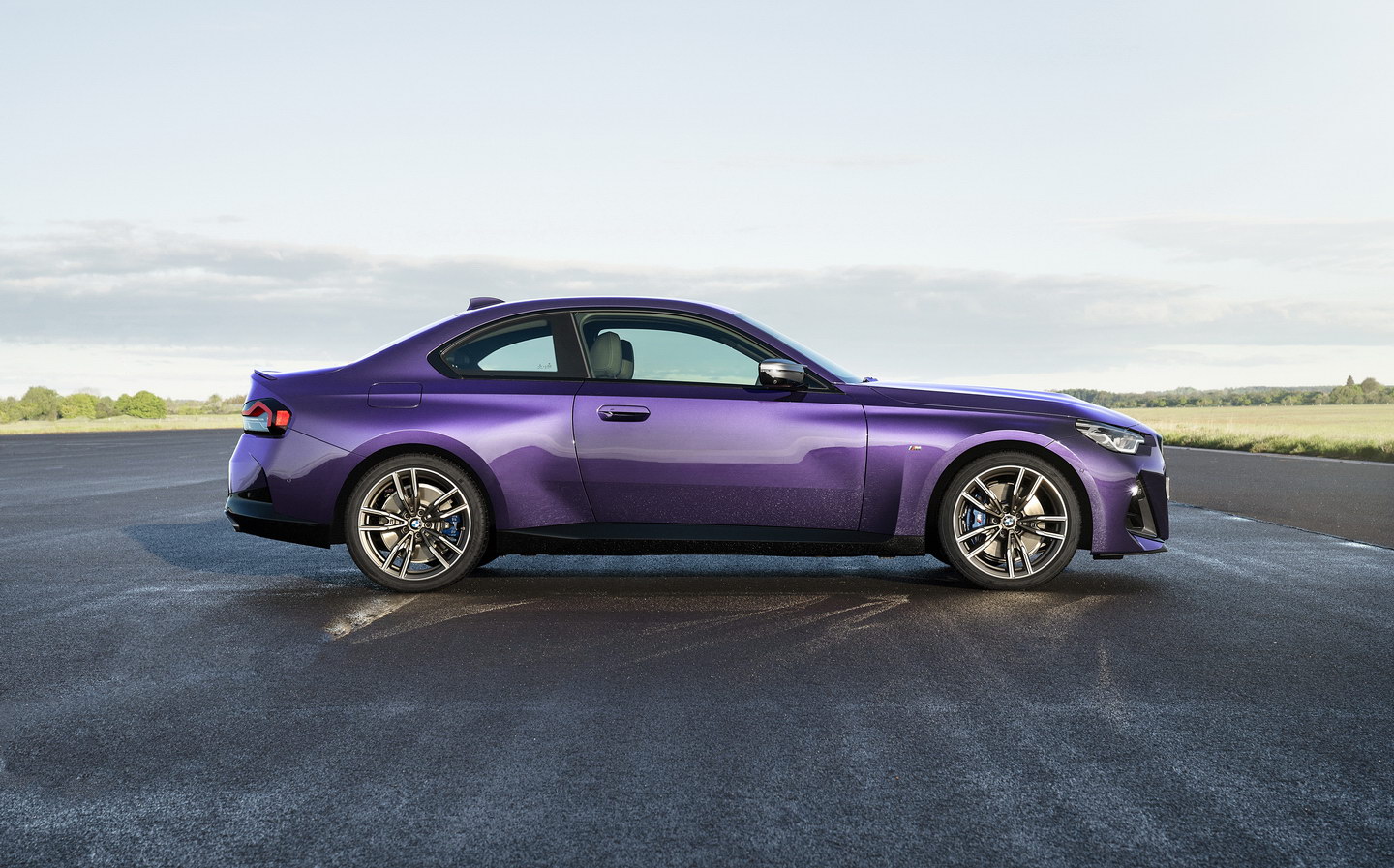 Up front there are swish new LED headlamps and a more conventional take on the BMW grille than that found on the 4 Series. The new coupé’s rear LED lights are likely to spark some debate, however. 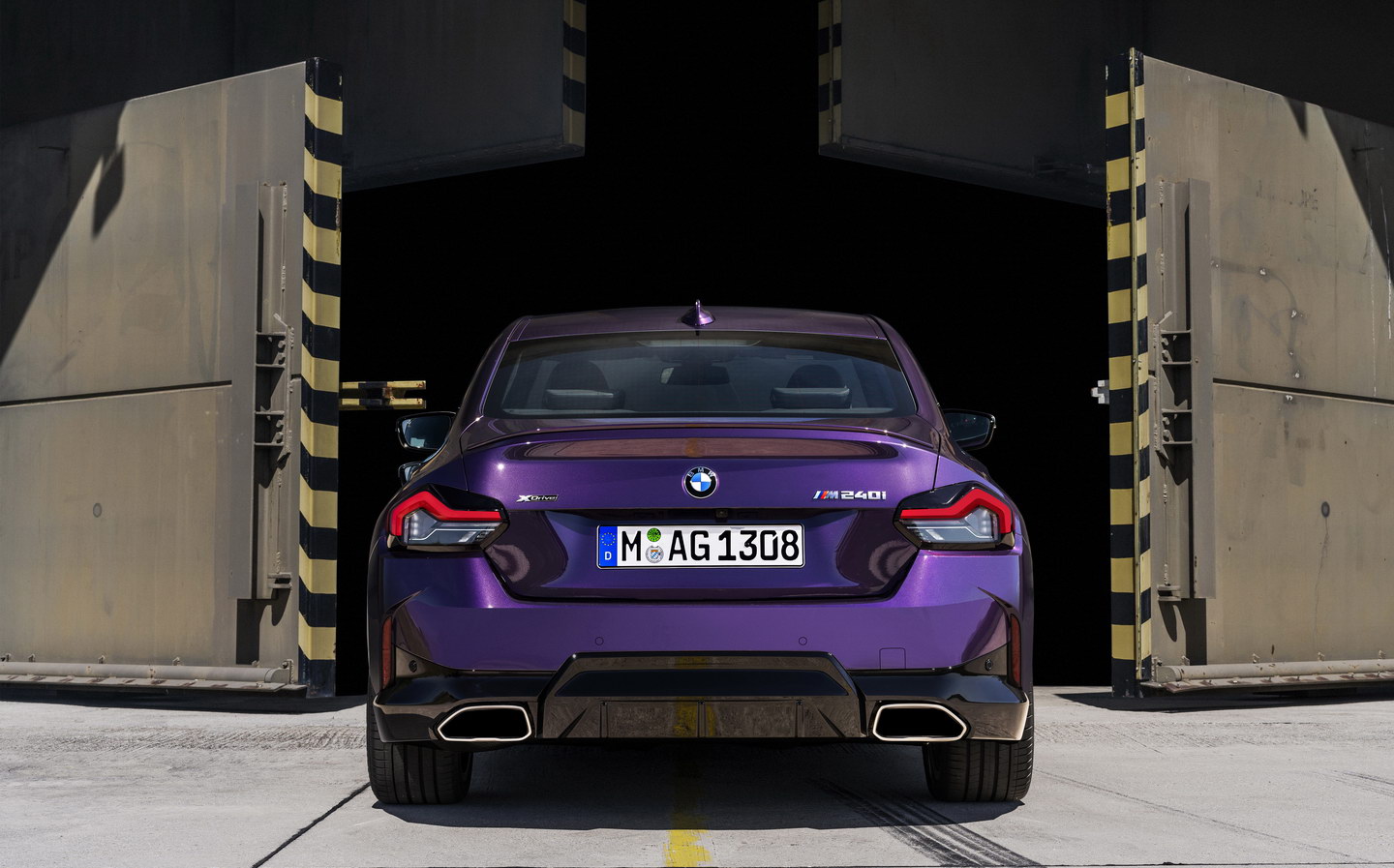 The 2 Series Coupé has grown in most directions, with 105mm added to the length of the car and 64mm added to the width. The wheels are further apart from each other, too, for a wider stance, which is enhanced by a 28mm reduction in height.

Inside, the four-seat cabin is more spacious than before, as is the boot, which is now capable of holding 390 litres. Split-fold rear seats are standard and stylish ambient lighting promises to look particularly eye-catching at night. 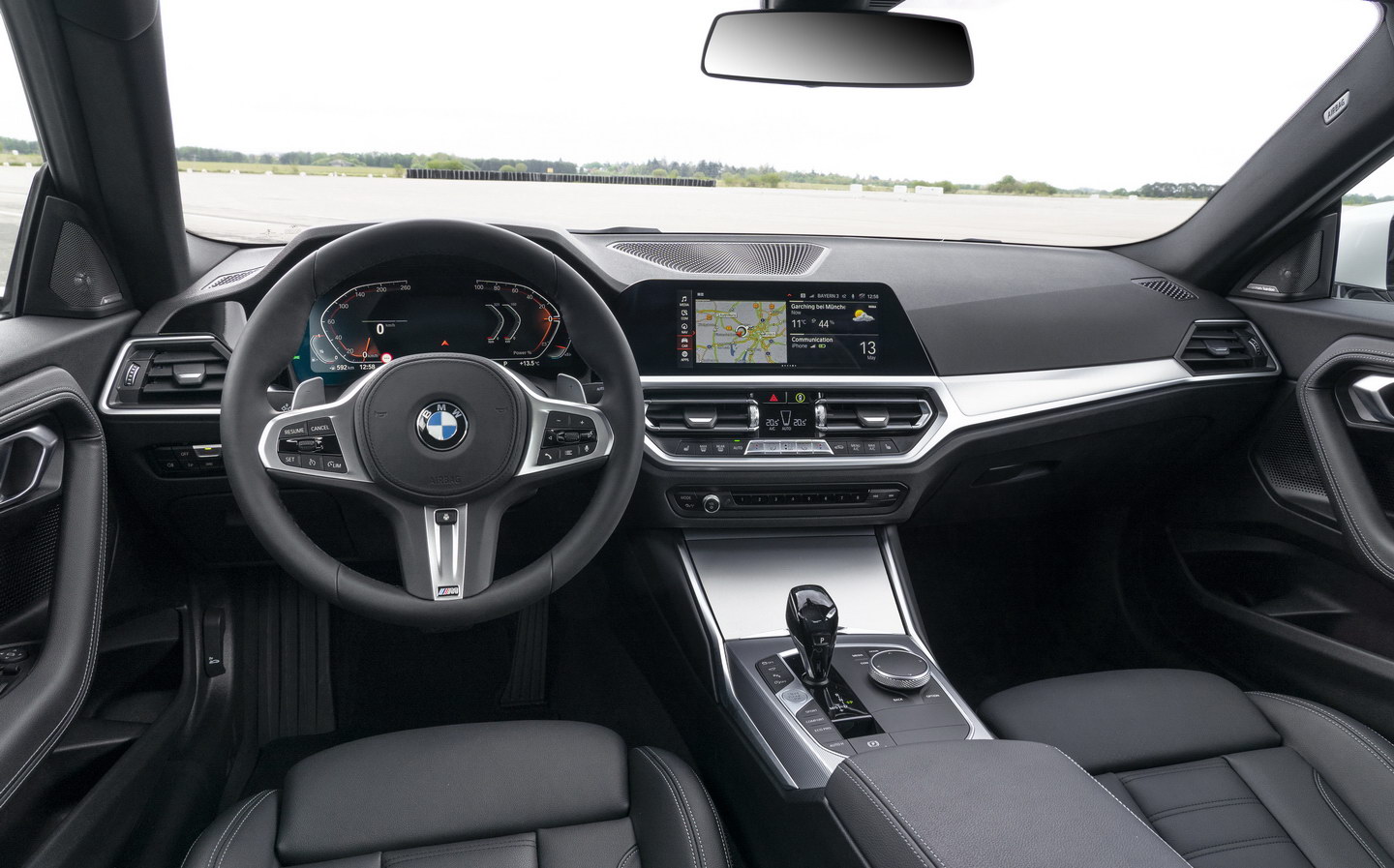 Three-zone climate control, sports seats and a leather-trimmed steering wheel are also fitted to all models. Digital instruments are included, as is a high-set touchscreen running BMW’s latest infotainment software.

Audiophiles are well catered for, too, with six speakers and 100-watt sound at a minimum. The ultimate upgrade includes a Harmon Kardon surround sound system with 16 speakers and a digital seven-channel amplifier delivering 464 watts of audio power.

To emphasise the car’s dynamic intentions BMW makes the M Sport specification standard. Buyers can also pay extra for the new M Sport Pro package, which includes upgraded brakes and lots of dark detailing for the exterior of the car. The latter features darkened headlight housing and a black rear spoiler. 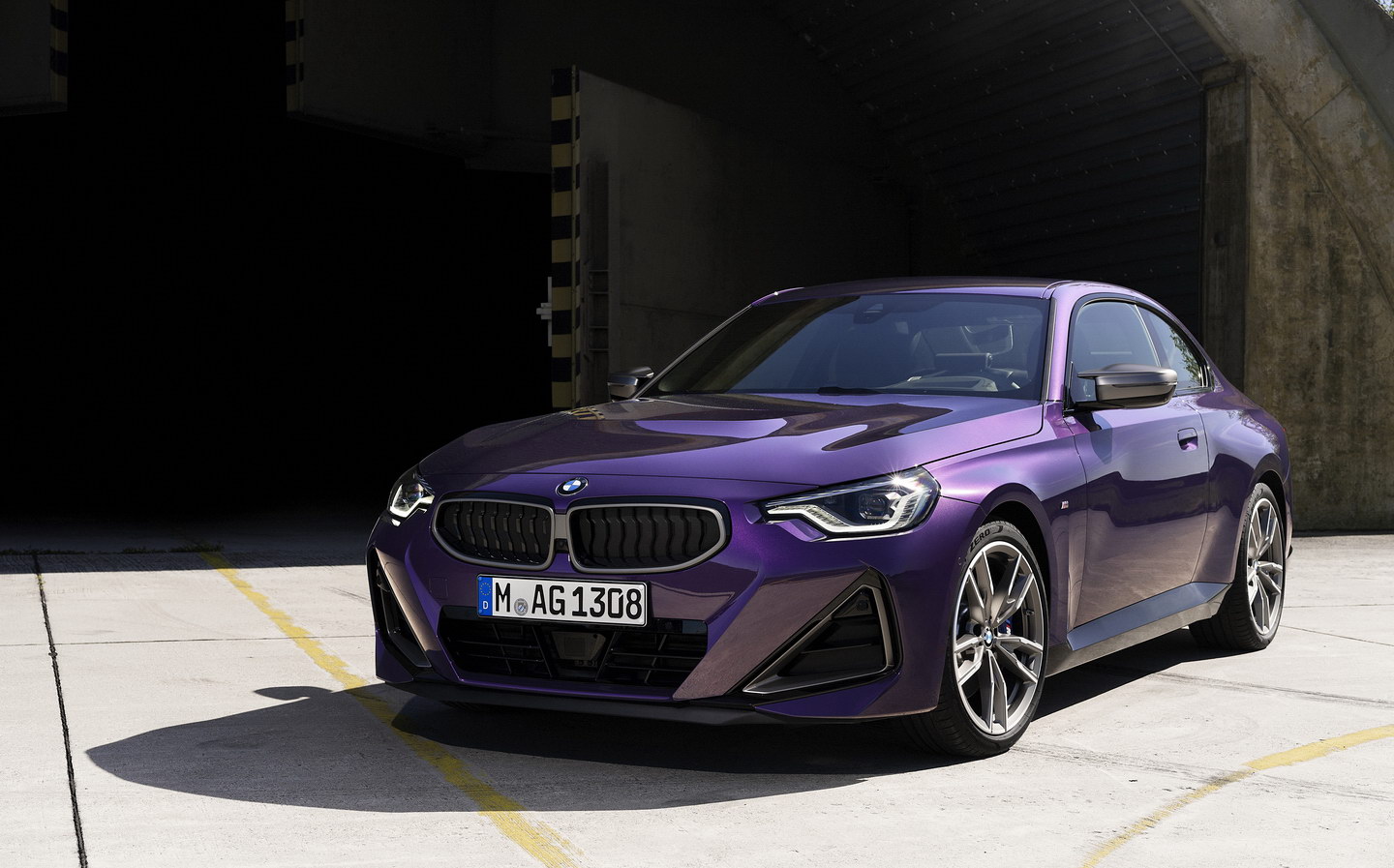 The range-topping M240i xDrive Coupé is set to start at £45,795 and is powered by a 369bhp six-cylinder engine. It’s limited to 155mph and comes with an astounding 0-62mph time of just 4.3 seconds. This version has four-wheel drive, upgraded M Sport brakes and an electronically controlled rear differential, so it should be a lot of fun to drive.

The sole diesel model is the 220d Coupé, costing £36,900. It can return up to 60mpg, yet does 0-62mph in just 6.9 seconds thanks to the twin-turbocharged engine’s 187bhp. All versions of the 2 Series Coupé come with an 8-speed Steptronic Sport automatic transmission.

The 2 Series Coupé features special dampers, first seen in the BMW 3 Series, which are claimed to offer a better mix of comfort and body control. It will be possible to add adaptive damping, too.

Following its public world debut this week at the Goodwood Festival of Speed, the BMW 2 Series Coupé will go on sale in the UK in early 2022.