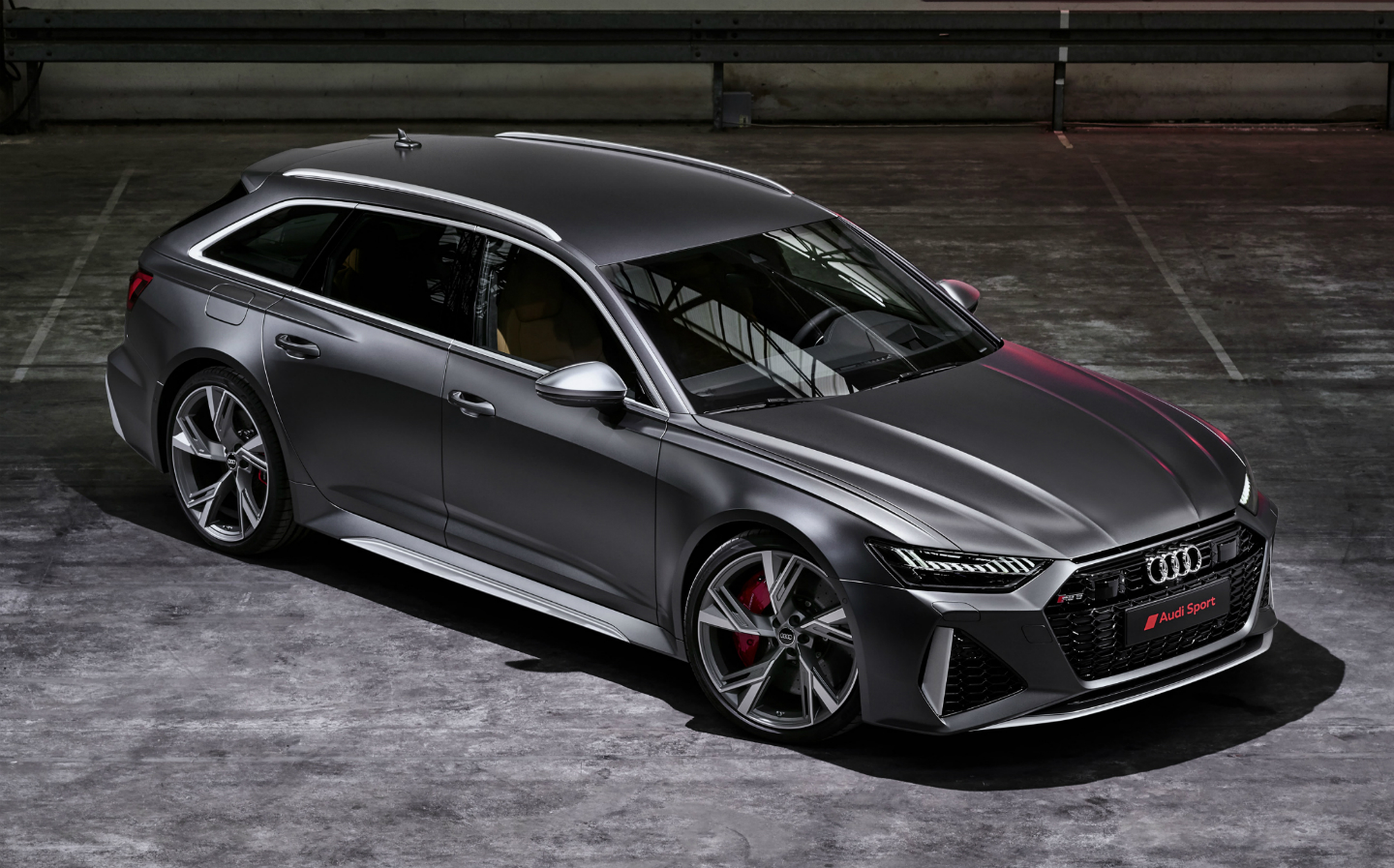 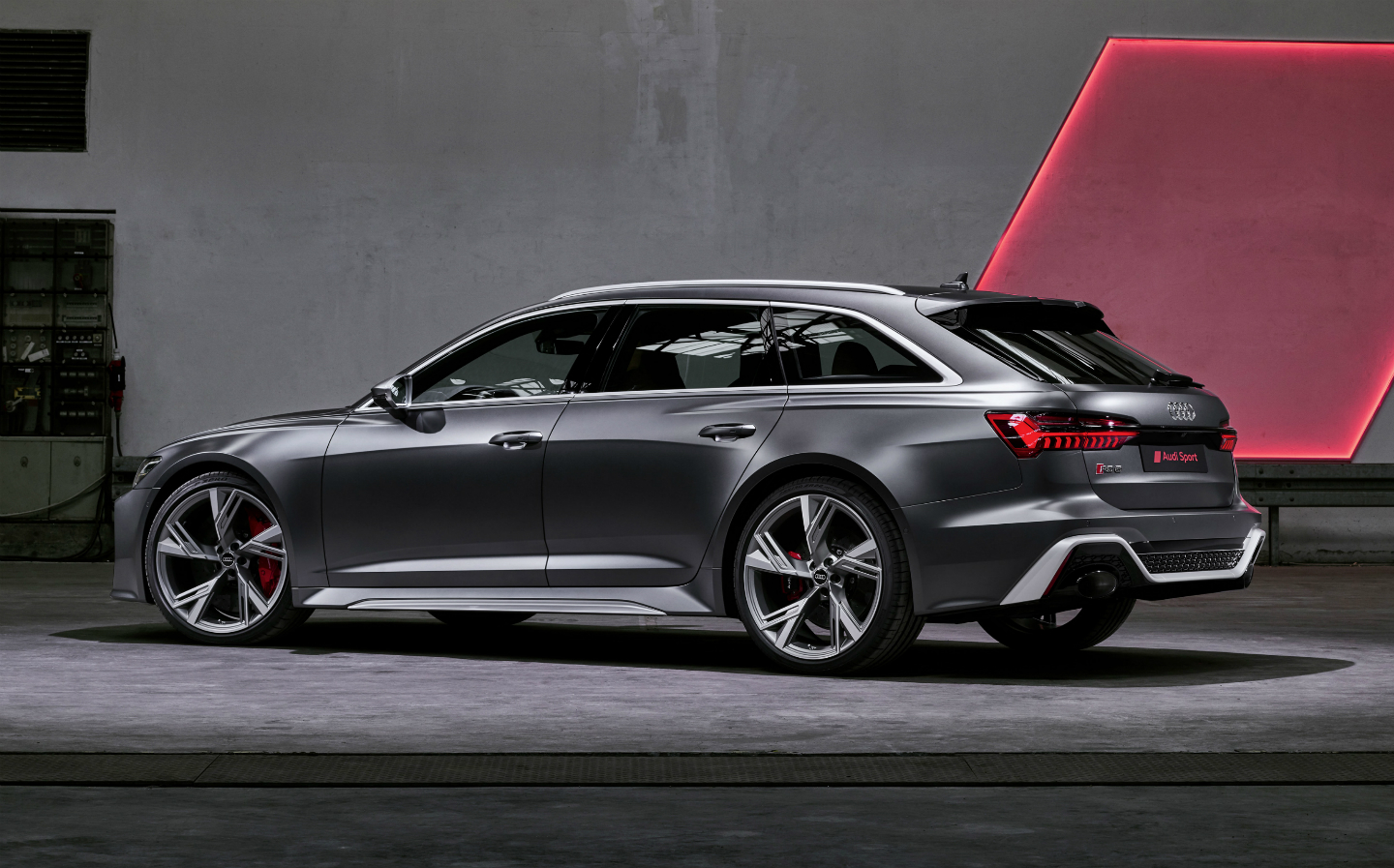 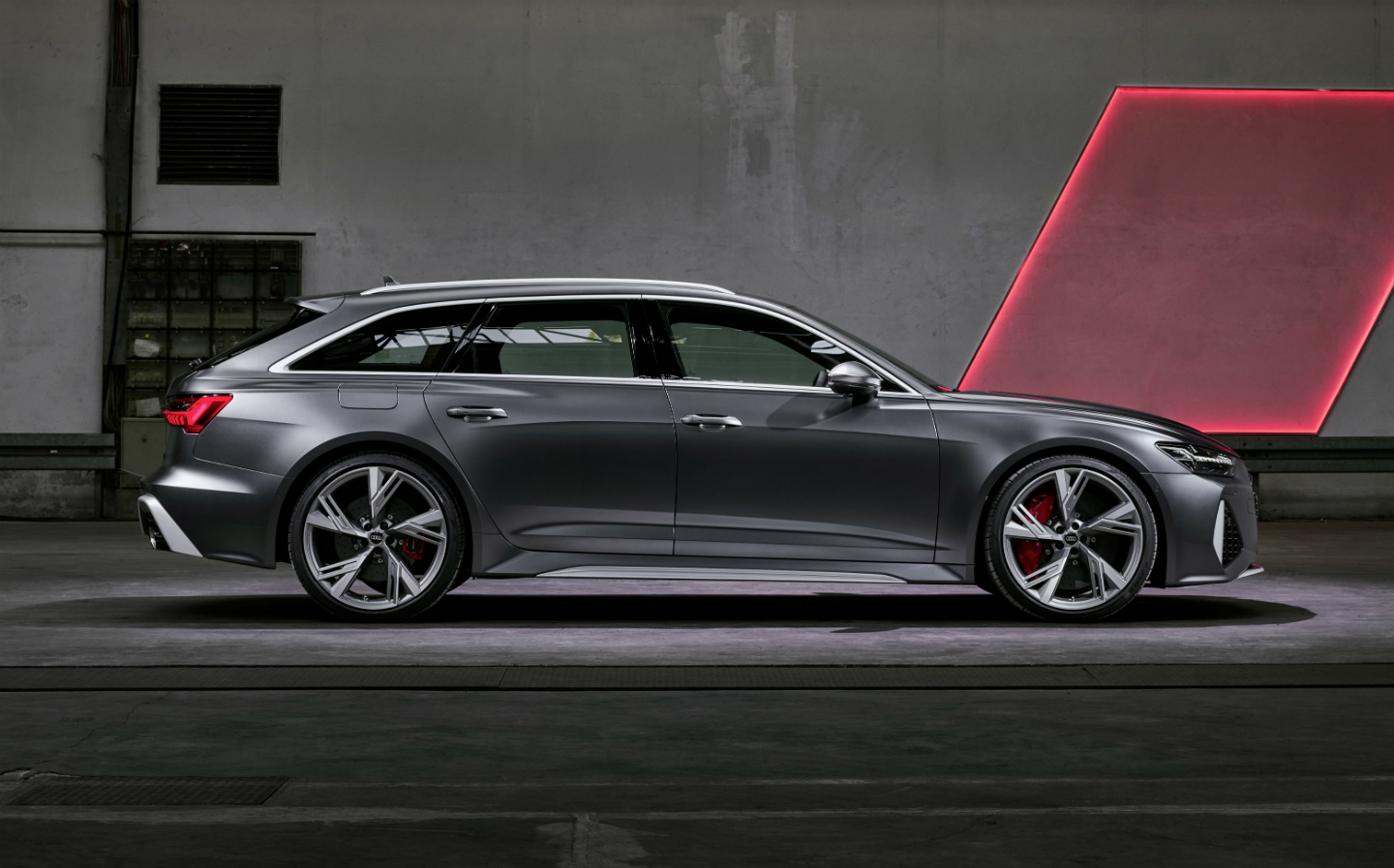 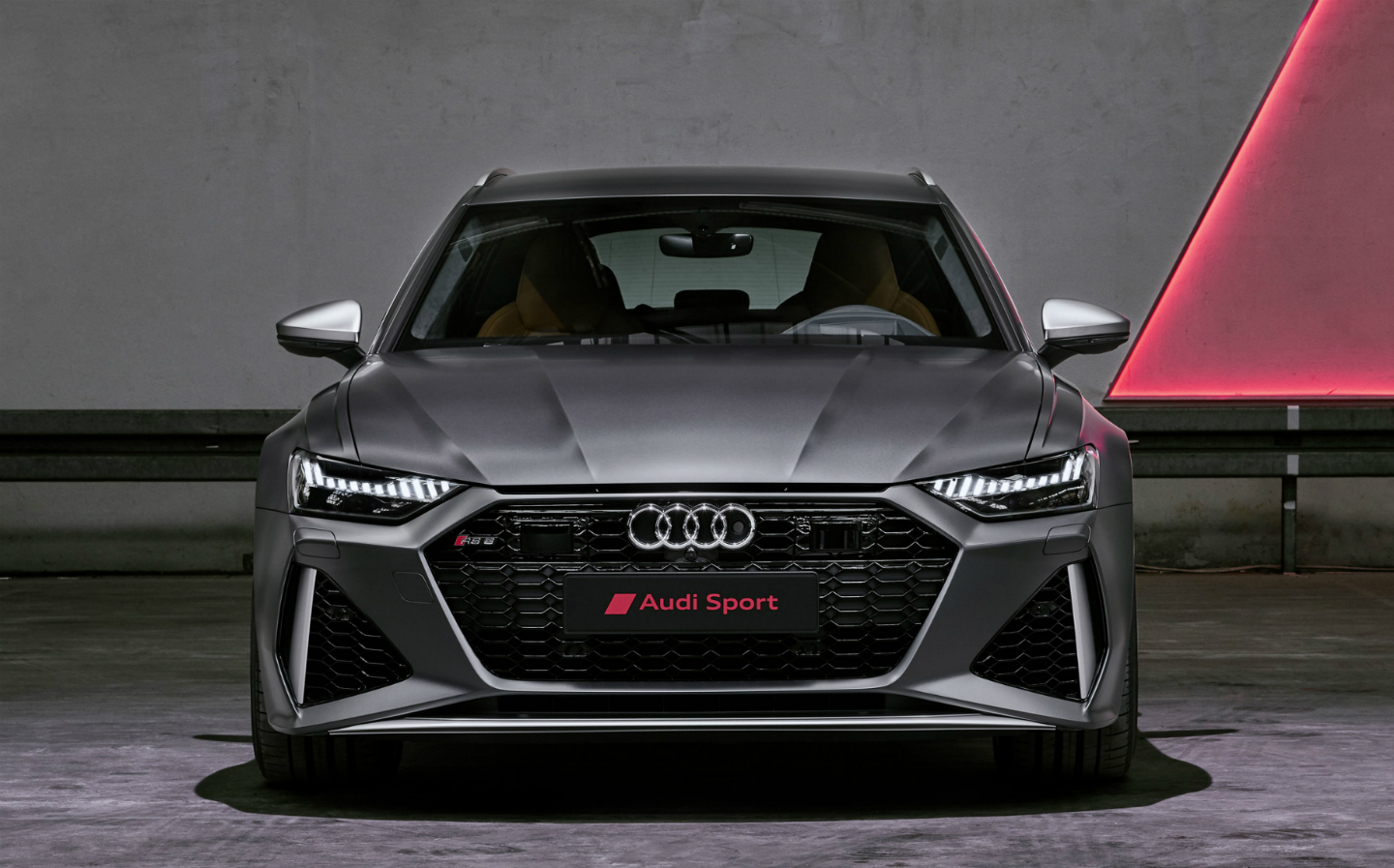 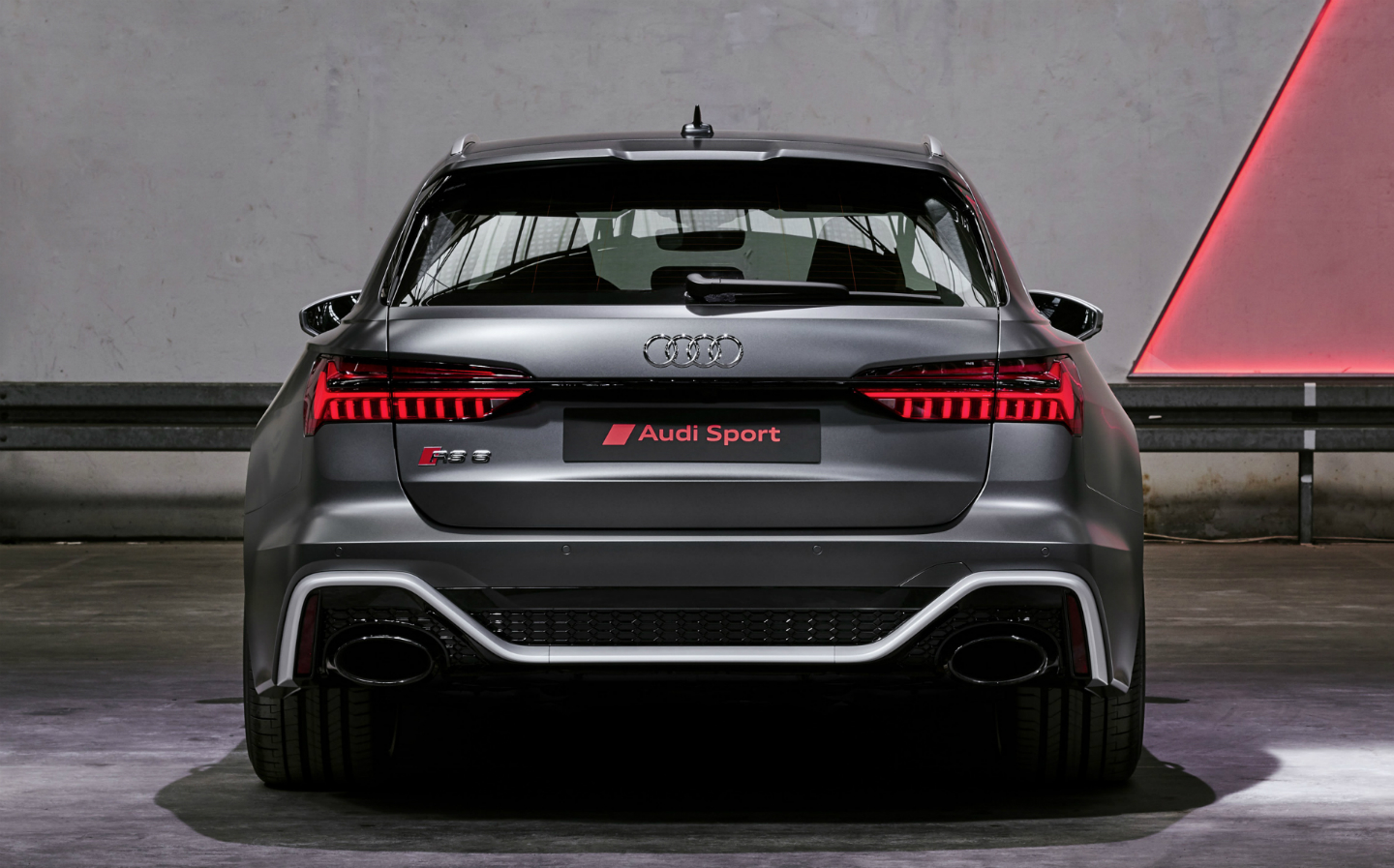 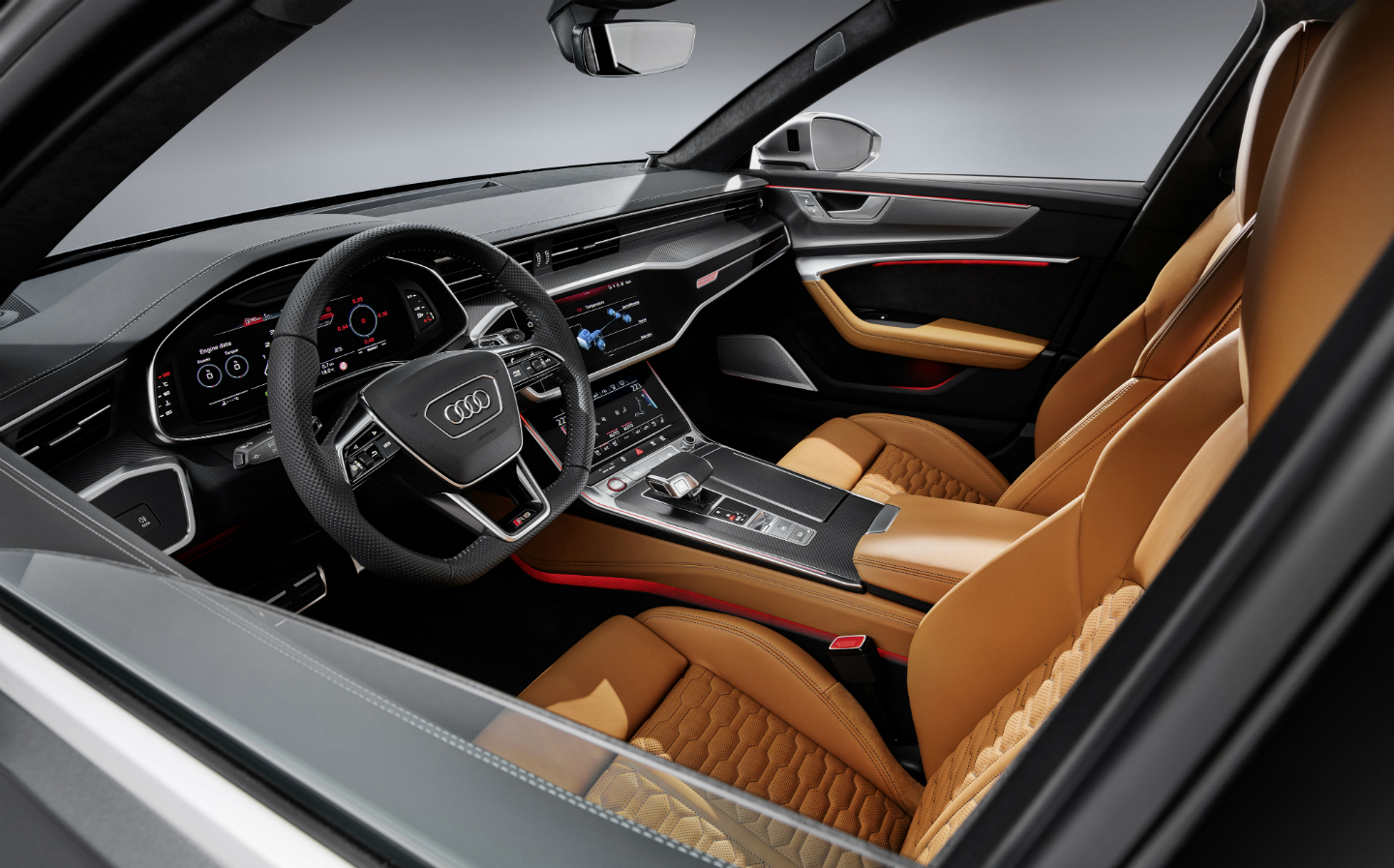 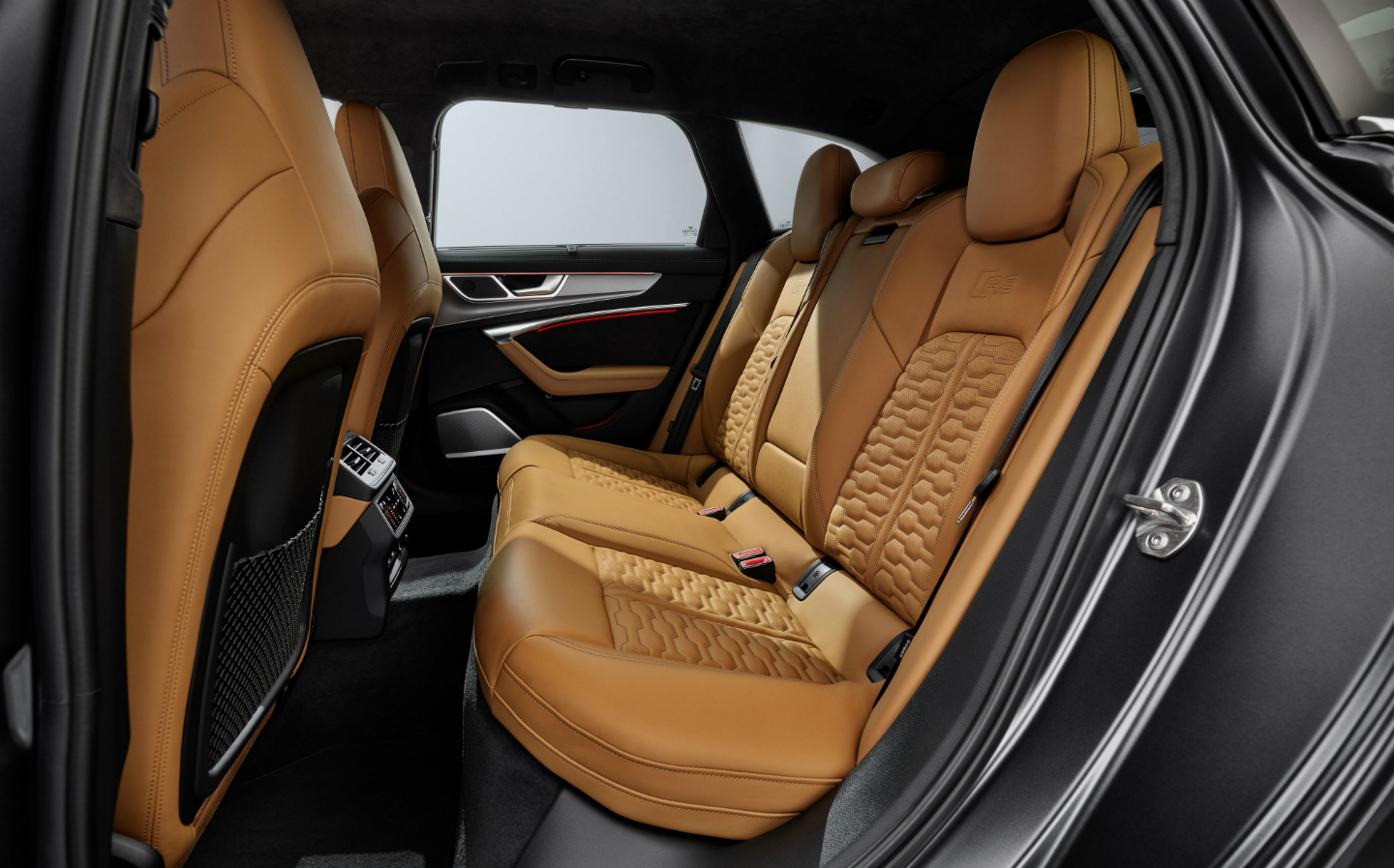 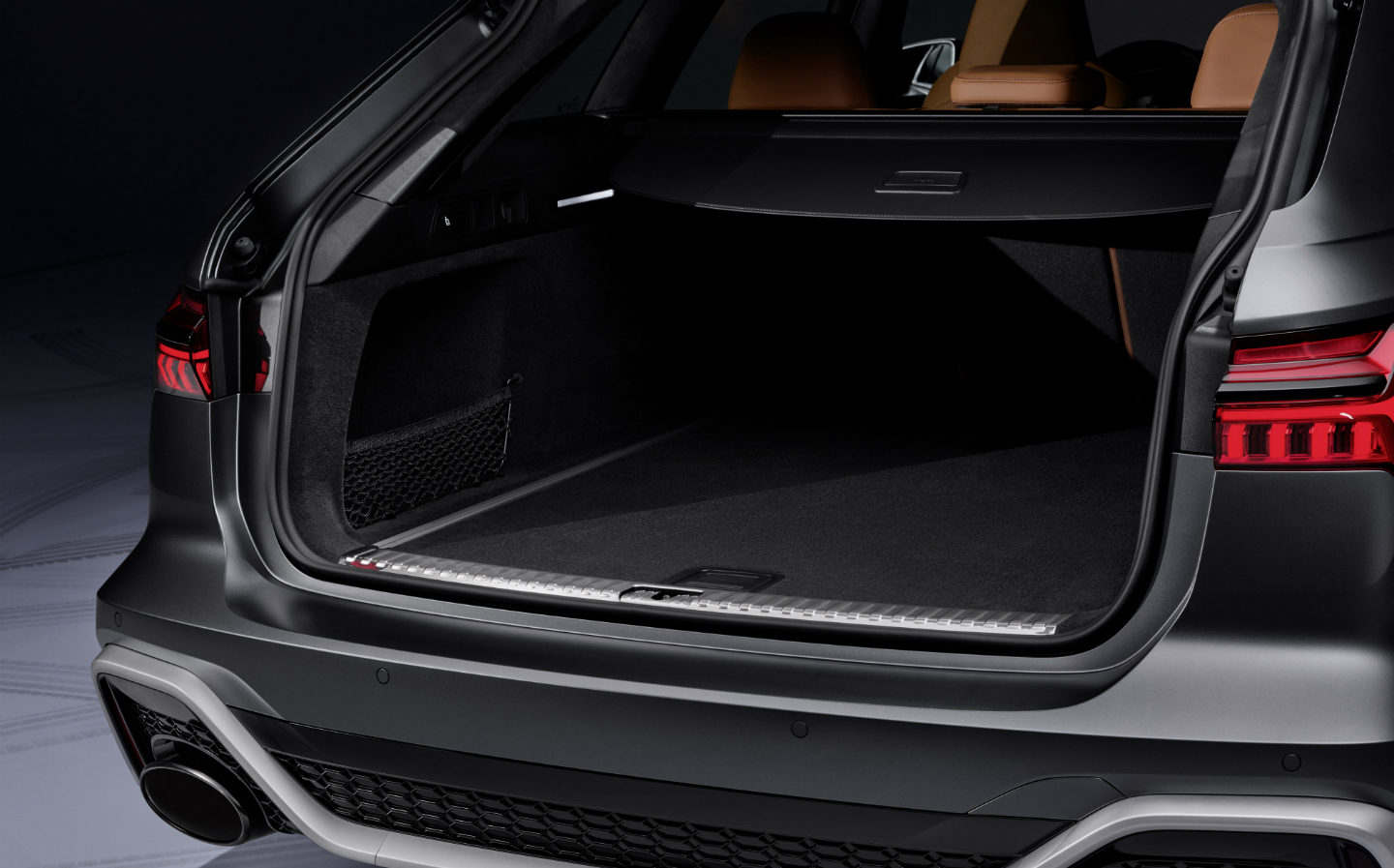 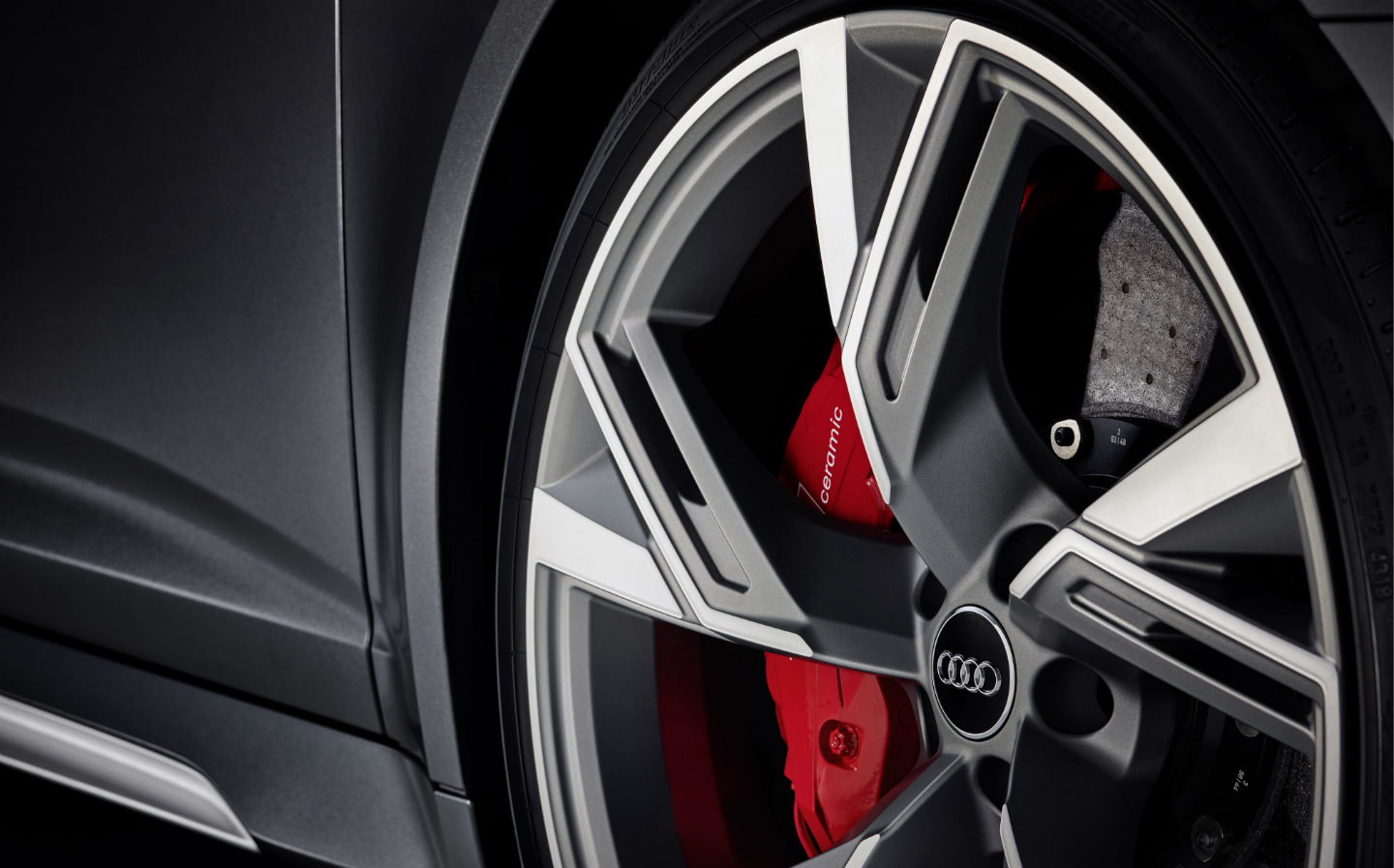 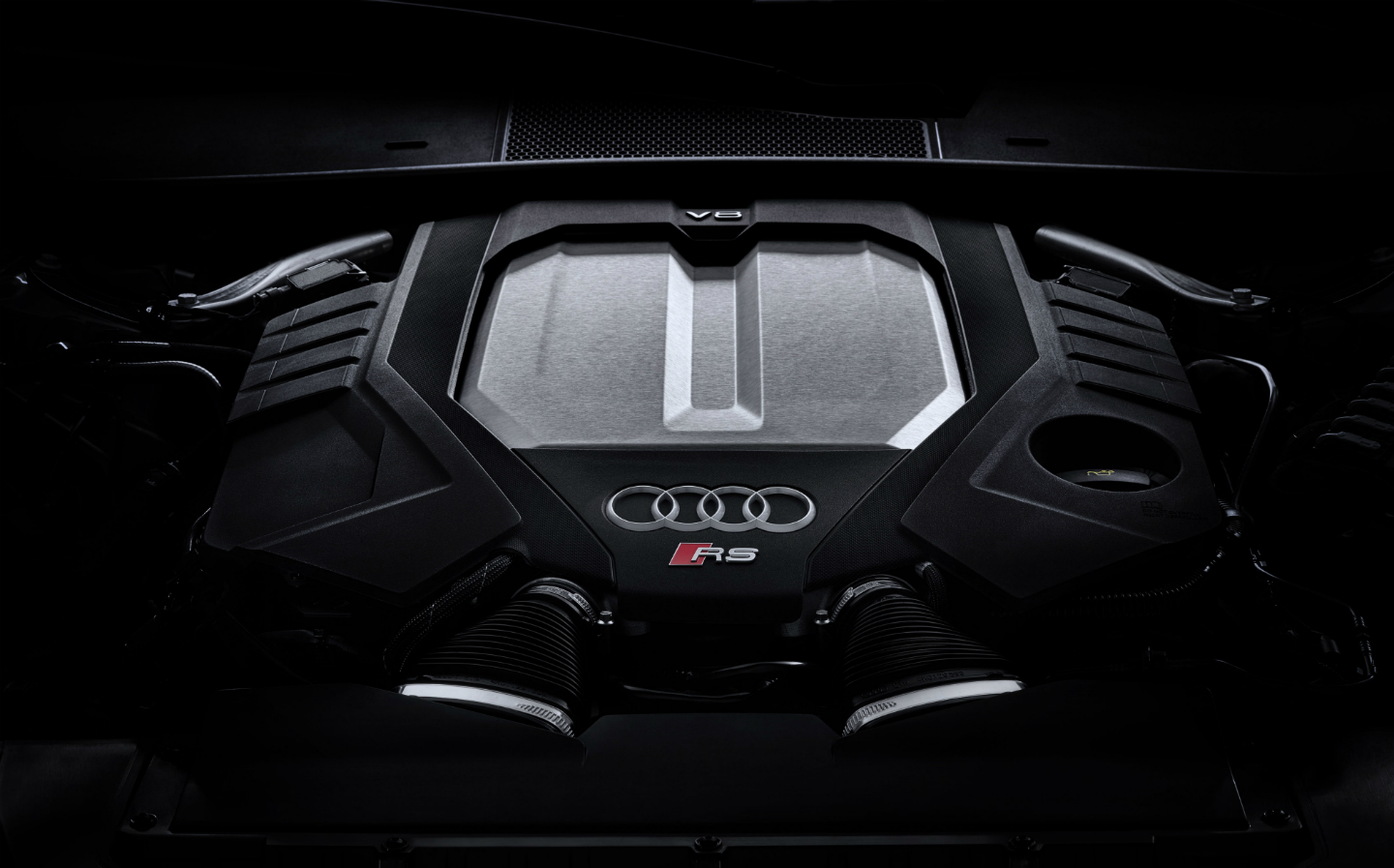 THE LATEST in a long line of high-performance Audi estates has arrived: the near-600bhp RS6 Avant, which is capable of up to 190mph.

The all-new, fourth-generation Audi RS6 Avant holds the distinction of being one of the fastest and most powerful Audis you can buy this side of the Audi R8 supercar.

While the base car (derived from the the A6 Avant, of course) isn’t the most powerful estate Audi has built to date (that accolade belongs, just, to the 597bhp “performance” version of the previous RS6 Avant), even the standard 2019 RS6 is an incredibly extreme machine boasting performance that puts some high-end sports cars to shame, thanks to the immense power and quattro four-wheel-drive system.

Despite its outrageous speed, Audi says the new RS6 Avant is perfectly usable as an everyday car, and even has tech that helps drivers make use of all that power “as responsibly as possible”.

The RS6 comes with only one engine: a twin-turbocharged, 4-litre V8 that produces 591bhp and 590 lb ft of torque — meaning the new RS6 is the torquiest estate built by Audi to date.

The only available gearbox will be an eight-speed automatic and, in high performance Audi fashion, it will funnel its power to the road via a permanent quattro all-wheel drive system. Audi claims the default setup will split the power output 40:60 between the front and rear wheels, though the system can send up to 70% of the torque to the front and up to 85% to the rear, depending on grips levels and settings.

As a sign of the eco-aware times we’re in, this fourth-generation Audi RS6 Avant is the first to come with a hybrid powertrain. Being a “mild hybrid” setup, it isn’t there to let RS6 Avant drivers travel about emissions free for shorter journeys; instead, it provides electric assistance to the engine under acceleration, using energy harvested through regenerative braking, which helps reduce fuel consumption and emissions.

Audi’s new super estate can accelerate from zero to 62mph time in 3.6sec, and can hit 124mph from standstill in 12 seconds flat.

Out of the box, the Audi RS6 Avant is restricted to a top speed of 155mph. The company will, however, let buyers go even faster if they tick a few cost option boxes while purchasing: RS6 Avants with the optional Dynamic Package fitted will have the limiter raised to 174mph and buyers who specify the Dynamic Plus Package will be able to hit an incredible 190mph. If you need to transport a grandfather clock in a hurry, this is the car for you.

All cars will come with adaptive air suspension and ventilated (cooled) leather sports seats (the latter a first for an RS6, according to Audi) as standard, and drivers will have two configurable RS driver modes to tinker with — allowing drivers to have one setting with a “full-blooded” exhaust setup, and another with a more balanced noise for day-to-day driving.

An array of extras will be available through the Audi RS6 Avant’s options list, of course. Confirmed kit so far include Matrix laser headlights (ultra-bright and able to dip around on-coming cars automatically) that replace the regular LED units, and a carbon ceramic braking system that’s claimed to be 34kg lighter than the standard setup.

While the regular Audi RS6 Avant rolls as standard on 21in wheels with 275mm-wide tyres, cars specified in the Vorsprung trim will have 22in wheels with rubber that’s an extra 5mm across.

Despite the considerable modifications that go into transforming a regular A6 Avant into an RS6 (it’s claimed the only body panels it shares with the standard car are the roof, the front door skins and the boot lid), Audi says this range-topping version is just as practical. With the rear seats in place, the boot can gobble up to 565 litres of luggage, which increases to 1,680 litres once the rear seat backs are folded flat.

The new Audi RS6 Avant is due to roar onto our roads very soon. Audi has said it will start accepting orders for the high performance estate in November 2019 and is aiming to bring the first customer cars to Britain in January 2020.

UK prices for the Audi RS6 Avant will be revealed closer to launch, though we’d expect pricing to start at around £80,000. That’s a lot for an estate car but not a lot for a car this powerful and technically-advanced. And practical.

When it arrives in the UK, the Audi RS6 Avant will only have one direct rival: the Mercedes-AMG E 63 Estate. If your budget comfortably stretches to six figures, there’s also the sporty “Turbo” and “Turbo S E-Hybrid” variants of the Porsche Panamera Sport Turismo wagon to consider.

Another (even more exclusive) car to consider is the 599bhp Alpina B5 Touring; a BMW 5 Series-derived, 205mph load lugger that fills the void left by BMW’s decision to not make an estate version of its M5 super saloon.