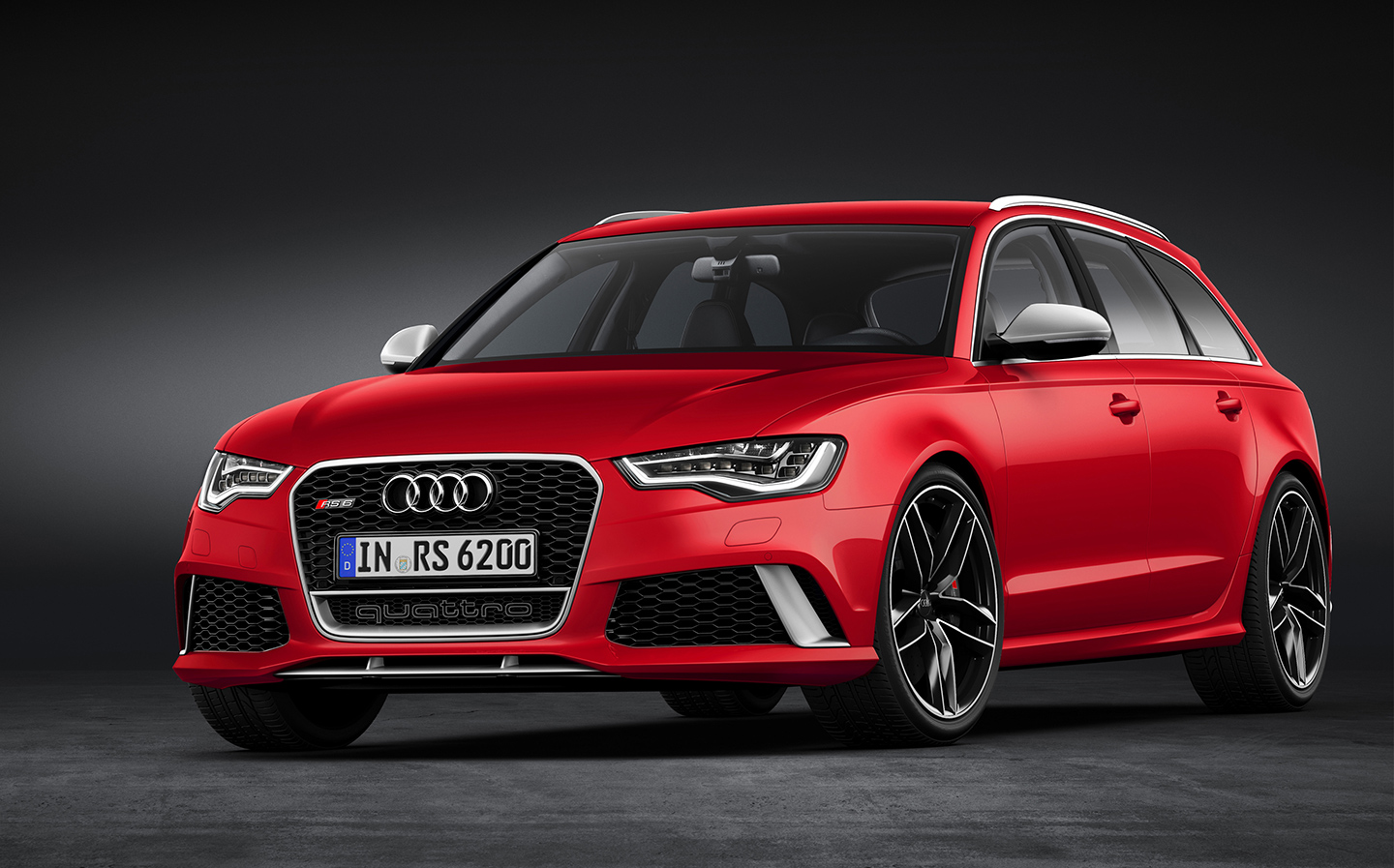 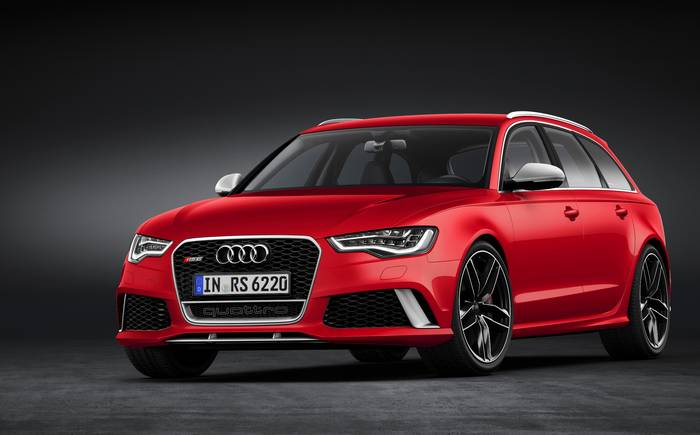 What is the Audi RS6 Avant?

As BMW has its M-series and Mercedes its AMG, so Audi has its RS (RennSport) line of performance cars. The distinctive RS badge is to be found on TT, 4, 5, 6 and 7-series Audis. RS Audis sit at the top of their respective model lines, a Batman-sized Kapow! on the brand’s otherwise conservative image, and a reminder that Audi was the car maker who gave us the all-conquering quattro of 1980.

The car comes in Avant (estate) form only but it’s no worse for that. The legendary RS2 Avant of the 1990s, a joint venture with Porsche, gave the RS estate mythic status. But to silence any lingering doubters, this hot Avant comes armed to the teeth with all the styling excesses you could wish for: matt-titanium finish, extended wheel arches and original Audi Quattro side sills, dual-branch oval tailpipes and the word “quattro” picked out on the lower front grille. 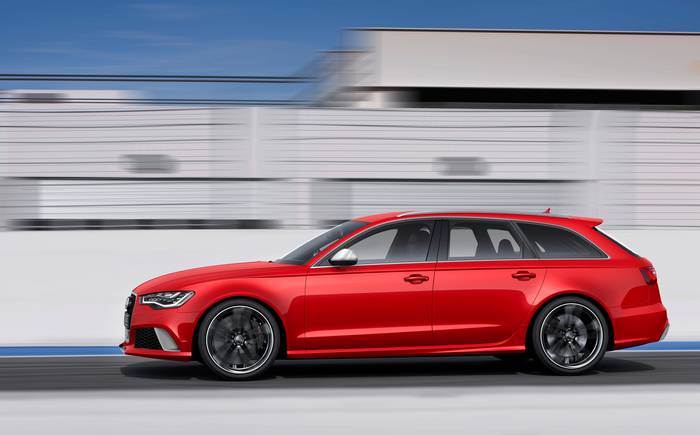 Pace, space and mental performance in one glorious over-the-top estate, the RS6 is all about power something it has in abundance. It’s hard to resist the creamy smooth accessibility of it, especially when each start up is accompanied by an excited bark from the exhausts. Simply prod the pedal (there’s no need to stamp on it) and the V8 obligingly delivers the goods without hesitation and, thanks to the quattro four-wheel drive system, without deviation.

The eight-speed tiptronic gearbox serves up fresh ratios in a heartbeat, or you can dispense them yourself from the steering wheel paddles. However, while the engine may be ready to play, the brakes are more reticent. They require a firm shove, even at low speeds.

The car despatches corners as if they were straights. Our test vehicle was fitted with the optional Dynamic package costing around £2,000, which replaces the standard car’s air suspension with coils and springs. Importantly, it also adds Audi’s dynamic ride control (DRC), which tames body roll in corners and contributes to that feeling of balance and security.

Earlier RS cars were unbelievably stiff but the new model, even ours riding on optional (£1,900) 21in wheels is, is supple and absorbent despite being firm and controlled. But it can be noisy, especially over expansion joints which thump loudly. Interestingly, we’re told that all of Audi’s first RS6 test cars were fitted with the Dynamic package; does it think the standard air suspension is not quite up to the job? 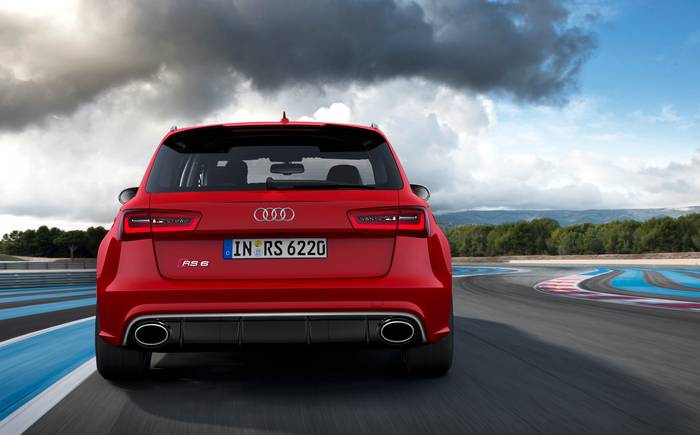 The package also includes dynamic steering. This varies the ratio of the rack in accordance with the driving mode ‒ they range from Comfort to Dynamic ‒ that you have selected.  The differences are subtle but the Individual mode does at least allow you to blend a sportier rack with a more comfort-biased ride setting if you so wish.

One further option fitted to our car was active lane assist. It comes as part of a package of driver assistance systems which together cost a little over £2,000. The system makes almost imperceptible steering corrections if it senses the car crossing lanes. That’s fine but occasionally it can intervene too strongly and if you’re holding the wheel too lightly, you run the risk of glancing any car that is passing too close. 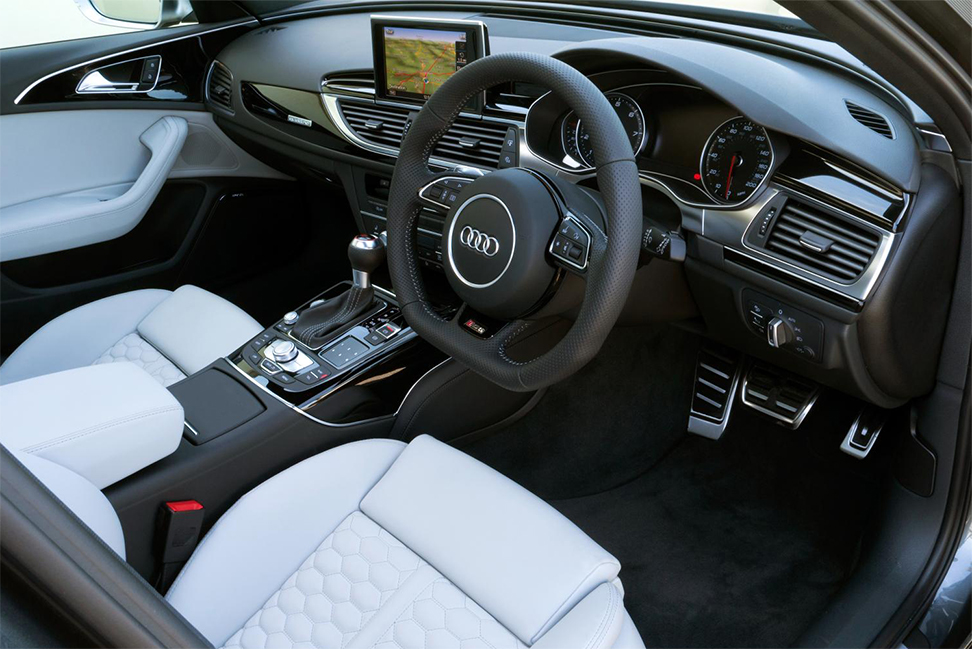 Lashings of aluminium, leather and high-grade plastics: the interior of the RS6 is everything you’d expect of a top-of the range Audi. In contrast to the car’s exterior excesses, the interior is actually quite conservative. Too conservative, perhaps? It’s easy to be a little underwhelmed by its restraint and efficiency. This is a car that can outsprint an Aston Martin, for heaven’s sake.

The RS6 may cost just under £77,000 (our optioned-to-the-eyeballs test car actually was over £100,000) but its driver is expected to tolerate having their left foot pushed over by its central bulkhead. On a long, cross-continent charge this could be a real pain.

Rear cabin space is ample; so, too, the load area at 565 litres. Pull two levers to release the seat backs and that load space becomes a handy 1,680 litres. That said, it’s quite shallow so don’t expect to get the bulkiest items in there. One neat touch: the sliding parcel screen is attached to the tailgate so that as you close the latter, it draws the screen with it.