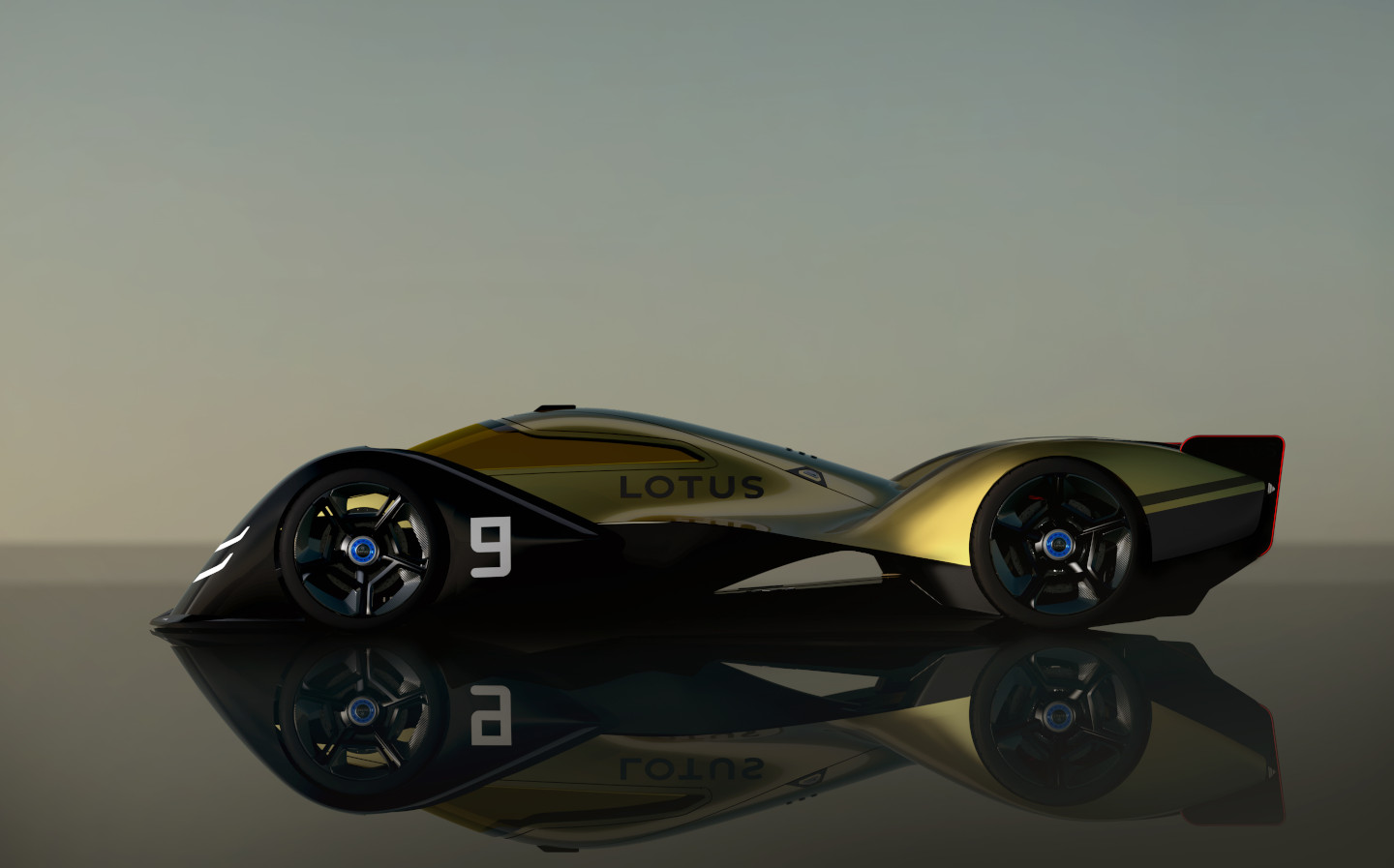 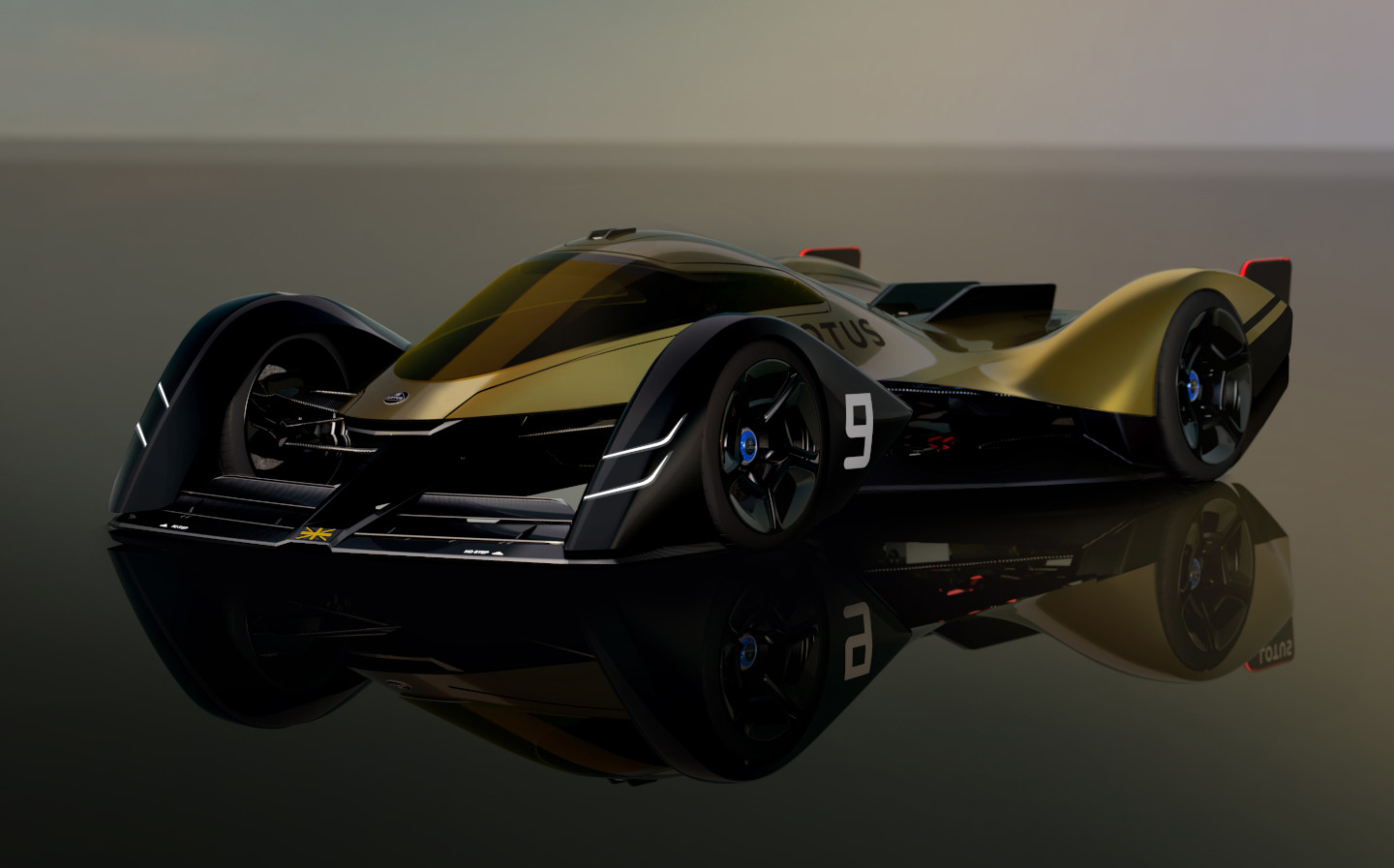 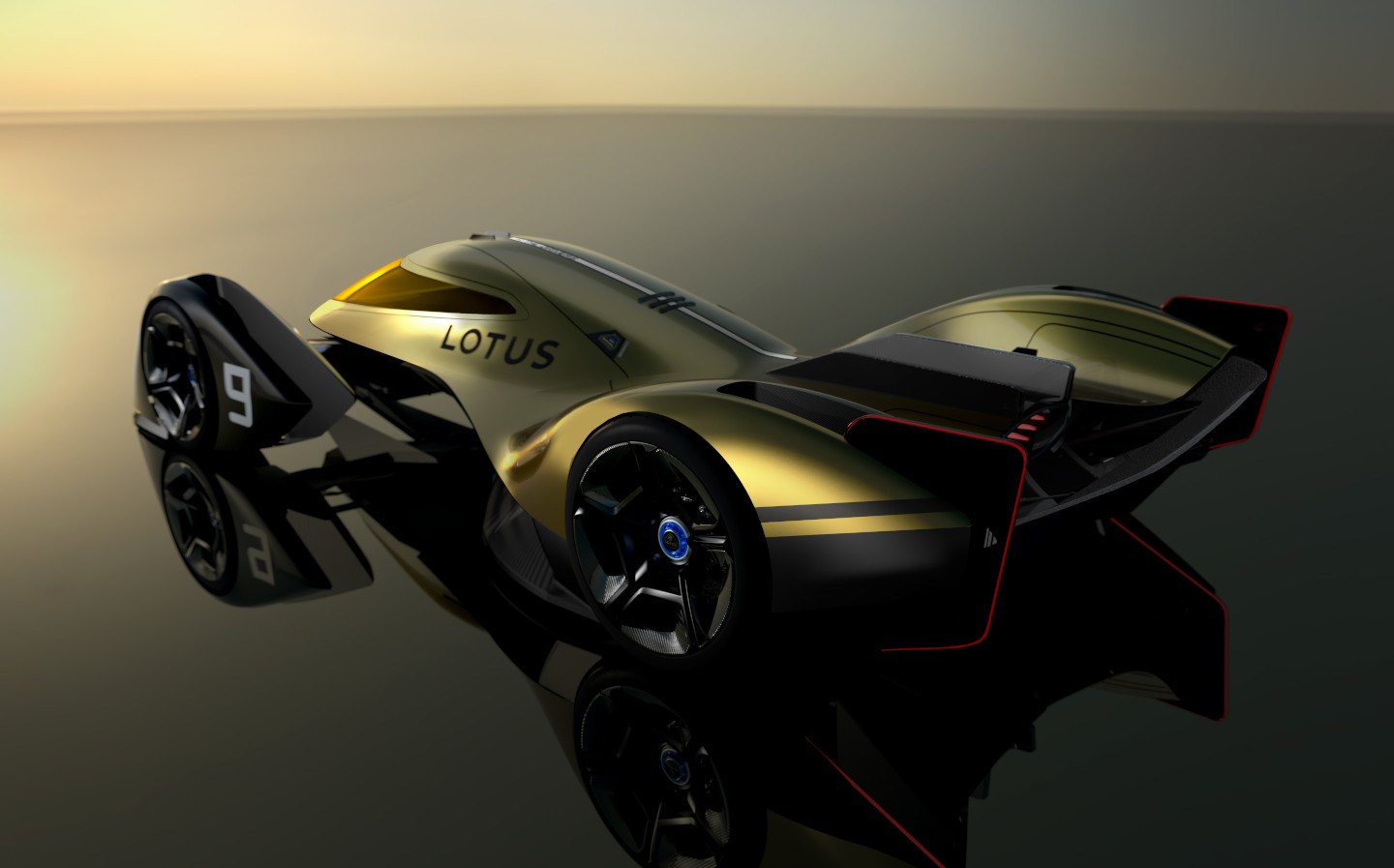 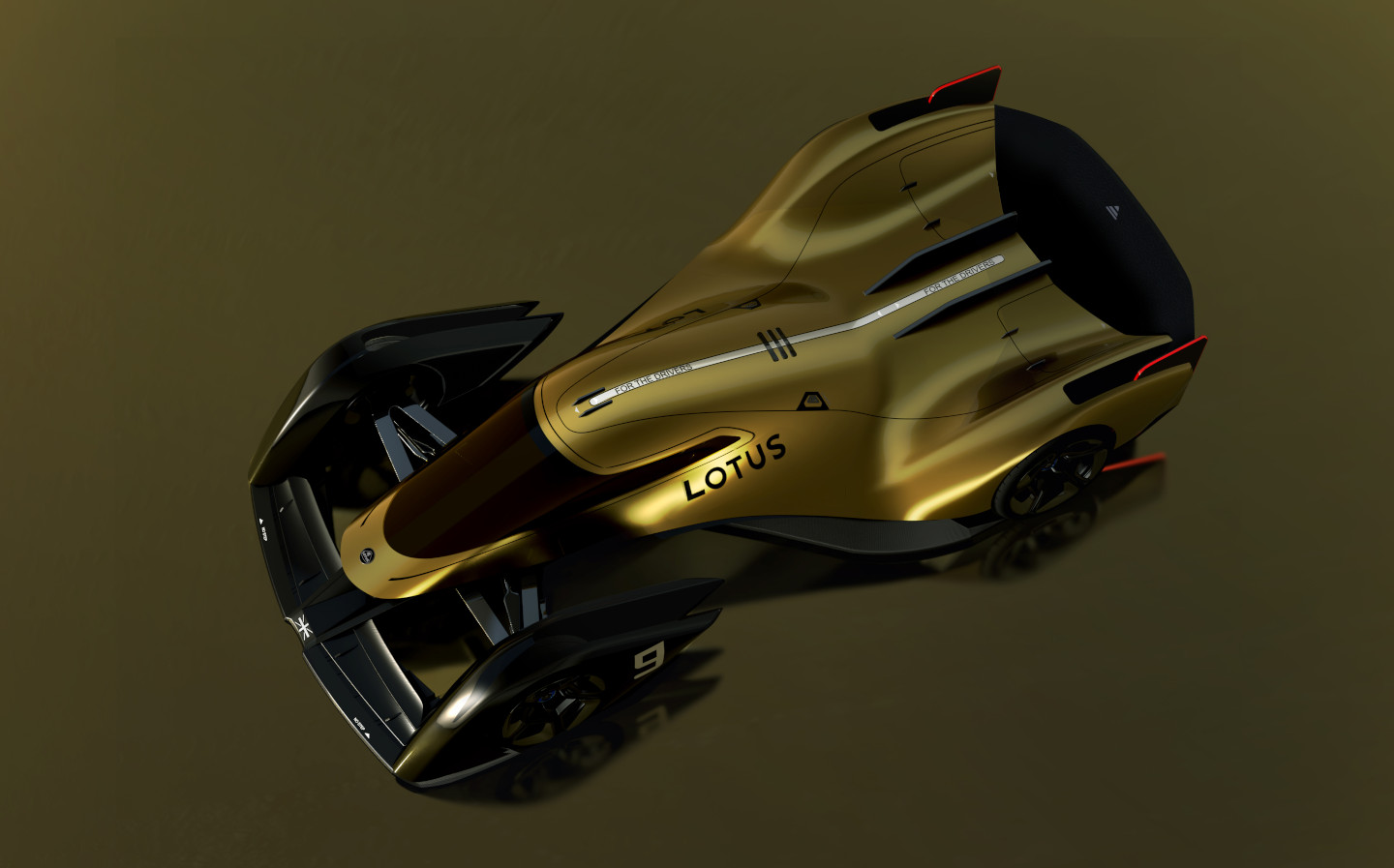 MEET THE Lotus E-R9, a futuristic endurance racing concept that might find itself on the starting grid of Le Mans in 2030. Well, that’s the idea, anyway.

The design study is by Lotus Engineering, the division of the Hethel car maker that lends the brand’s considerable expertise to third-party projects (the incredible bicycles ridden by Team GB Olympic Cycling, for example).

The “E-R” part of the name stands, fairly sensibly, for “endurance racer”, while the number nine is a reference to the Mark IX, the aluminium-bodied car with which Lotus made its Le Mans debut in 1955, counting the company’s founder and engineering genius Colin Chapman among the drivers.

It is finished in black and gold paintwork, a nod to the Lotus F1 team, which won several of its seven constructor’s championships with cars bearing those hues.

The car’s most fascinating feature is, by some measure, its “morphing” body panels — active surfaces that can change their shape depending on the aerodynamic demands of the race, either at the command of the driver or automatically according to sensor inputs. This would allow minimum drag on straights and maximum downforce through corners.

The adaptive bodywork would also enhance grip, with control surfaces at the rear helping the car to change direction using airflow, in doing so taking the pressure off the tyres’ contact patches.

Consequently, says Lotus, the E-R9 is “a racer that’s partly driven like a car and partly flown like a fighter jet.”

All of which would have to be approved by the Automobile Club de l’Ouest, which organises and governs the legendary 24-hour race.

Lotus’ chief aerodynamicist Richard Hill commented: “What we’ve tried to do is to push the boundaries of where we are technically today and extrapolate into the future. The Lotus E-R9 incorporates technologies which we fully expect to develop and be practical.

“Lotus has an amazing history of developing unique solutions, and we’ve done it many times in motorsport and with our road cars.”

Indeed, the basis for some of the tech used in the E-R9 is already at work in some of Lotus’ contemporary models: the electric powertrain, for example — which involves four motors, one for each wheel — is, in a more nascent form perhaps, already at work in Lotus’ new and off-the-rails hypercar, the 1,973bhp Evija.

The E-R9 was conceived by Hill alongside Louis Kerr, the principal platform engineer for the Evija. The design was penned by Lotus’ design director, Russell Carr.