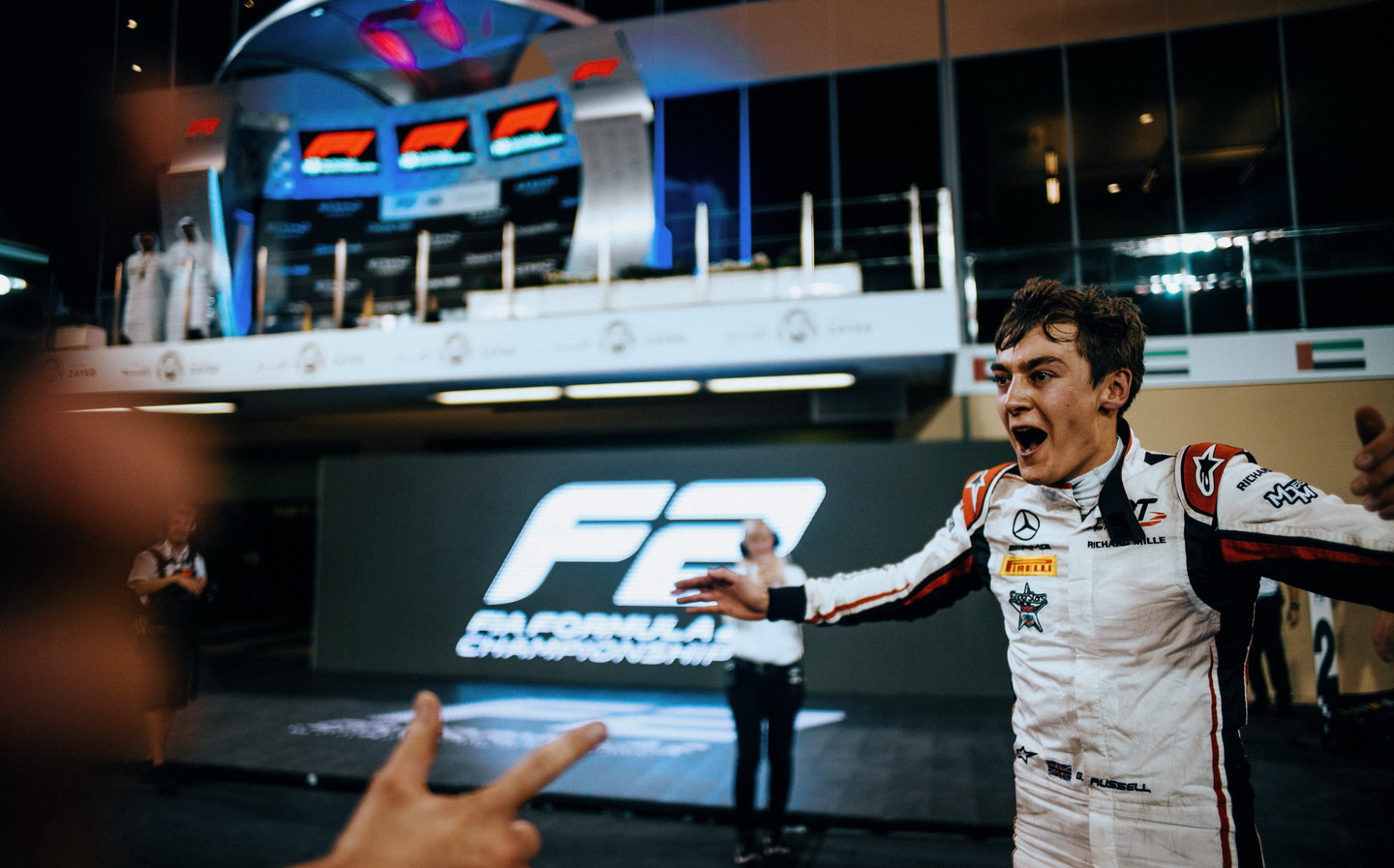 GEORGE Russell’s move to the Mercedes-AMG Formula One team for 2022, announced this week, was one of the worst-kept secrets in the F1 paddock. While many will see him going to the team as a number two driver, to back up seven-times world champion Lewis Hamilton, Russell has already proven why he’s landed the coveted drive on merit.

Following a successful spell in karting that included three wins from four race starts in the CIK-FIA KF3 European championship in 2012, Russell proved his skill when he progressed to single-seater racing by clinching the 2014 BRDC Formula 4 championship in his first season.

That also earned him the prestigious McLaren Autosport BRDC Award and ensured his presence on the radar of many big motorsport teams.

Carlin picked Russell up and ran him in the European Formula Three championship the following year. Battling against other future F1 driver Charles Leclerc, George made it to the top step of the podium at Silverstone and went on to be the best rookie that season. 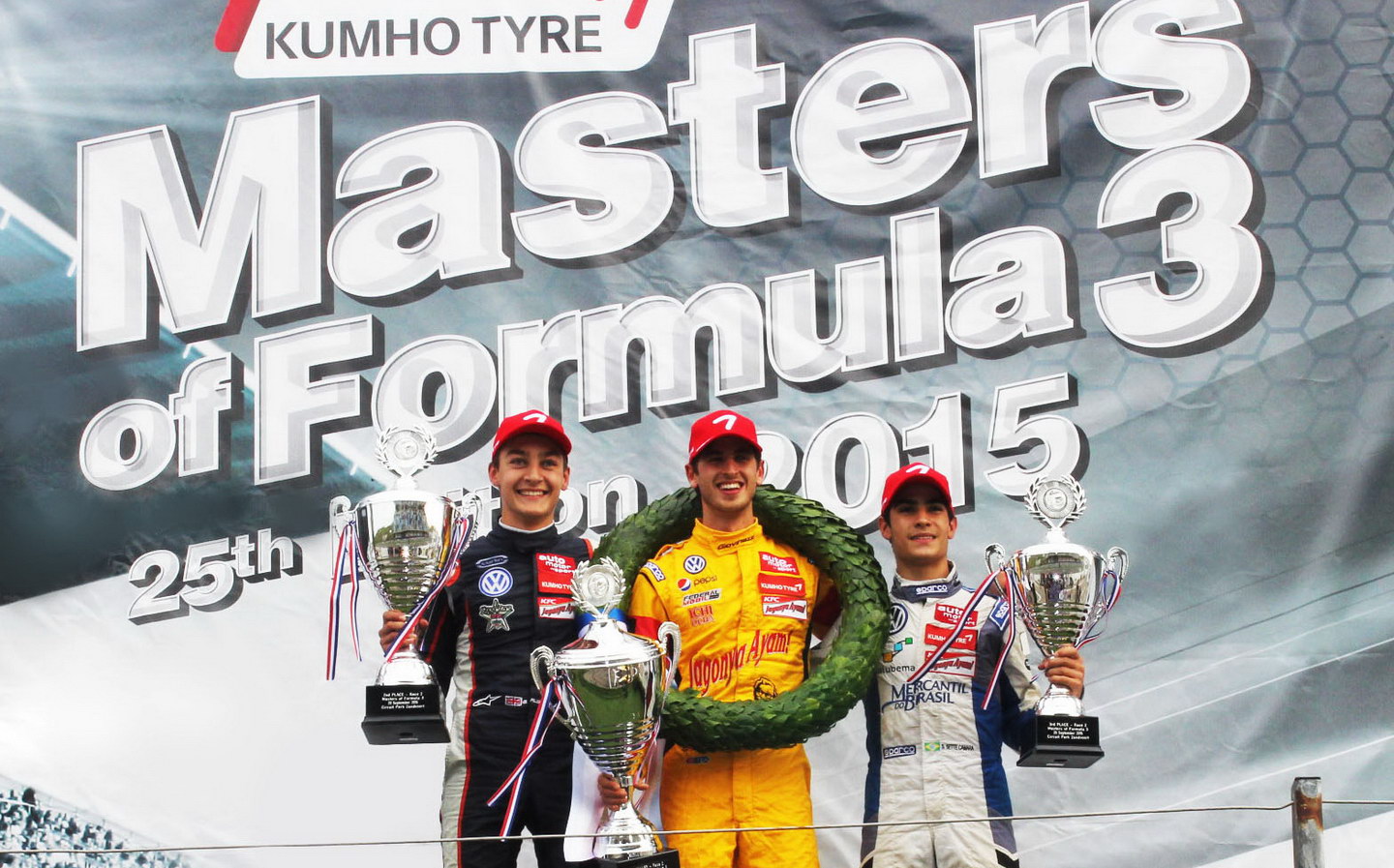 Following a second season in F3, where he would compete against Aston Martin Racing driver Lance Stroll, Russell again proved his maturity and pace to score two more victories and sealed third place in the championship standings.

By now he had caught the attention of Mercedes who signed him to its junior team in GP3, a feeder series for Formula 2 and Formula 1.

His searing qualifying pace made him a regular at the front of the grid and he converted those poles into victories that saw him become a runaway champion with a massive 79-point margin over his nearest rival. 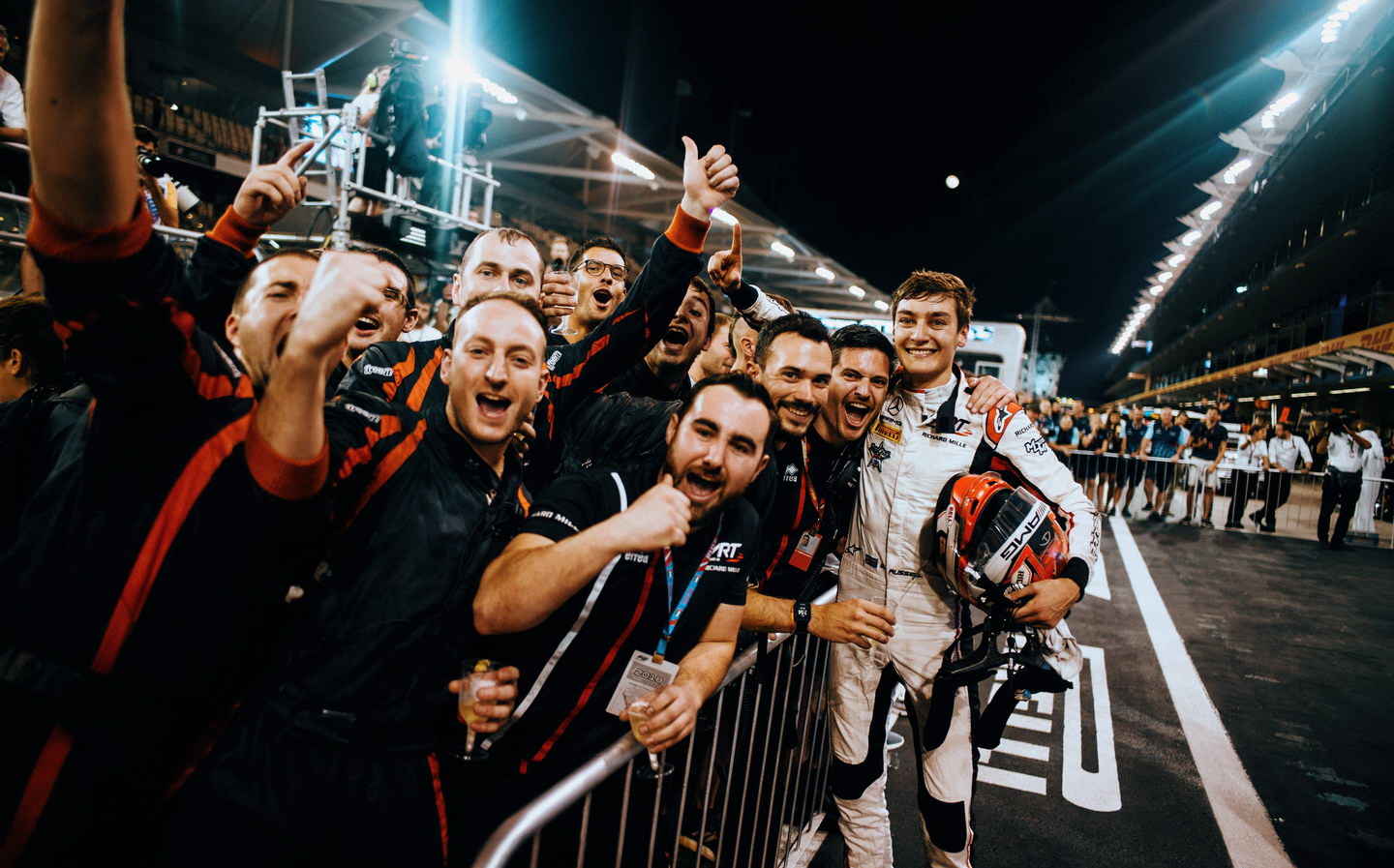 In 2018 Russell progressed to Formula 2 with his ART team, with wins and decent consistency throughout the year but an absolutely stellar end to the season, which saw him fend off the likes of Lando Norris and Alex Albon to pick up the title.

Williams gives Russell a race seat in Formula One

Russell’s performances in GP3 were enough to land him a test in the Mercedes-AMG F1 car and some seat time in the Force India racer during tyre testing. But it was another Mercedes customer team, Williams, that gave George his official start in F1.

The 2019 season wasn’t one to remember as the Williams began on the back foot with a car that missed the start of pre-season testing and quickly it became clear that it would be the slowest car on the grid. Partnering with Robert Kubica gave Russell an experienced driver to learn from but he ultimately finished the season as the only driver not to score a point.

Things began to look up in 2020 as Russell was joined by Nicholas Latifi who he comprehensively outperformed all season. Only Max Verstappen that year had a better record of out-performing his team-mate in qualifying, quickly earning him the nickname of “Mr Saturday”.

A chance to impress in Lewis Hamilton’s Mercedes

However, the Williams car continued to lack race pace and Russell was again looking at a no-points season finish. That was until the penultimate race of the season and Lewis Hamilton contracting Covid. With a vacant seat at Mercedes, Russell was called upon to be super-sub and he was parachuted into the team with little notice. 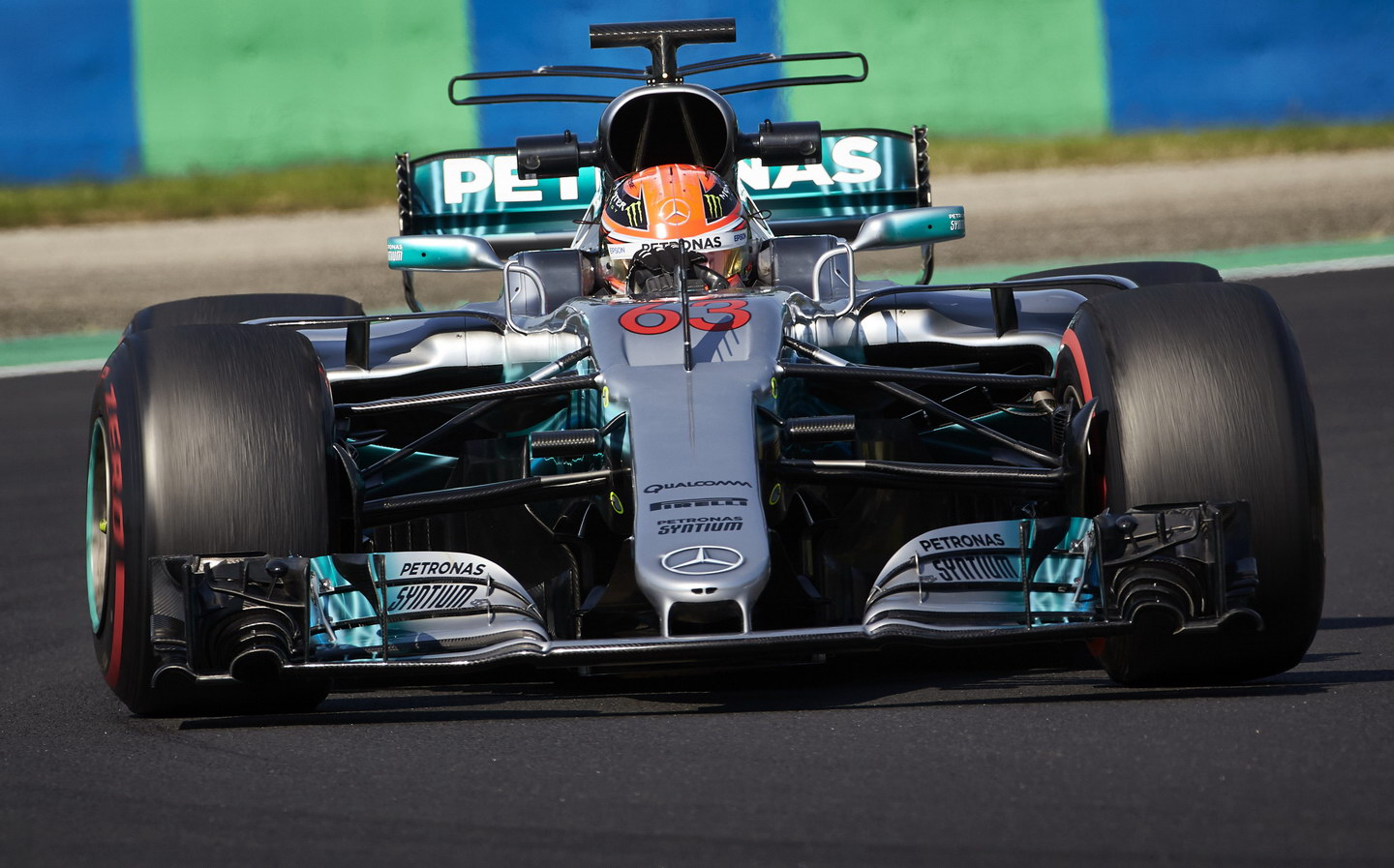 Despite having to wear driving boots that were too small for him as he couldn’t fit into the car properly, Russell almost beat Valtteri Bottas to pole position. Following a perfect start Russell found himself settling into a commanding lead of the race in Sakhir, but a pit stop mistake saw him plummet back down the field, breaking the hearts of racing fans everywhere.

He battled back to take ninth place and scored his first world championship points, which kickstarted the “not-if-but-when” speculation about a permanent move to the Mercedes-AMG F1 team. Hamilton would return for the last race, but Russell’s performance in the car was highly memorable.

Driving the doors of his Williams in 2021

In 2021, Russell has continued to impress with his Saturday qualifying performance in a much-improved Williams car, and most recently claimed an incredible front-row start in a rain-affected race at Spa. His chance to shine on Sunday was taken away from him after a “farcical” race in pouring rain, which lasted just three laps, all of which were run behind a safety car.

Still, Russell had shown his supreme ability in the wet, outperforming even Lewis Hamilton, and with a few points finishes already under his belt the Williams team has been on an upward trajectory, and Spa was the final factor in helping Toto Wolff and other Mercedes management decide to grant Russell the drive in 2022. 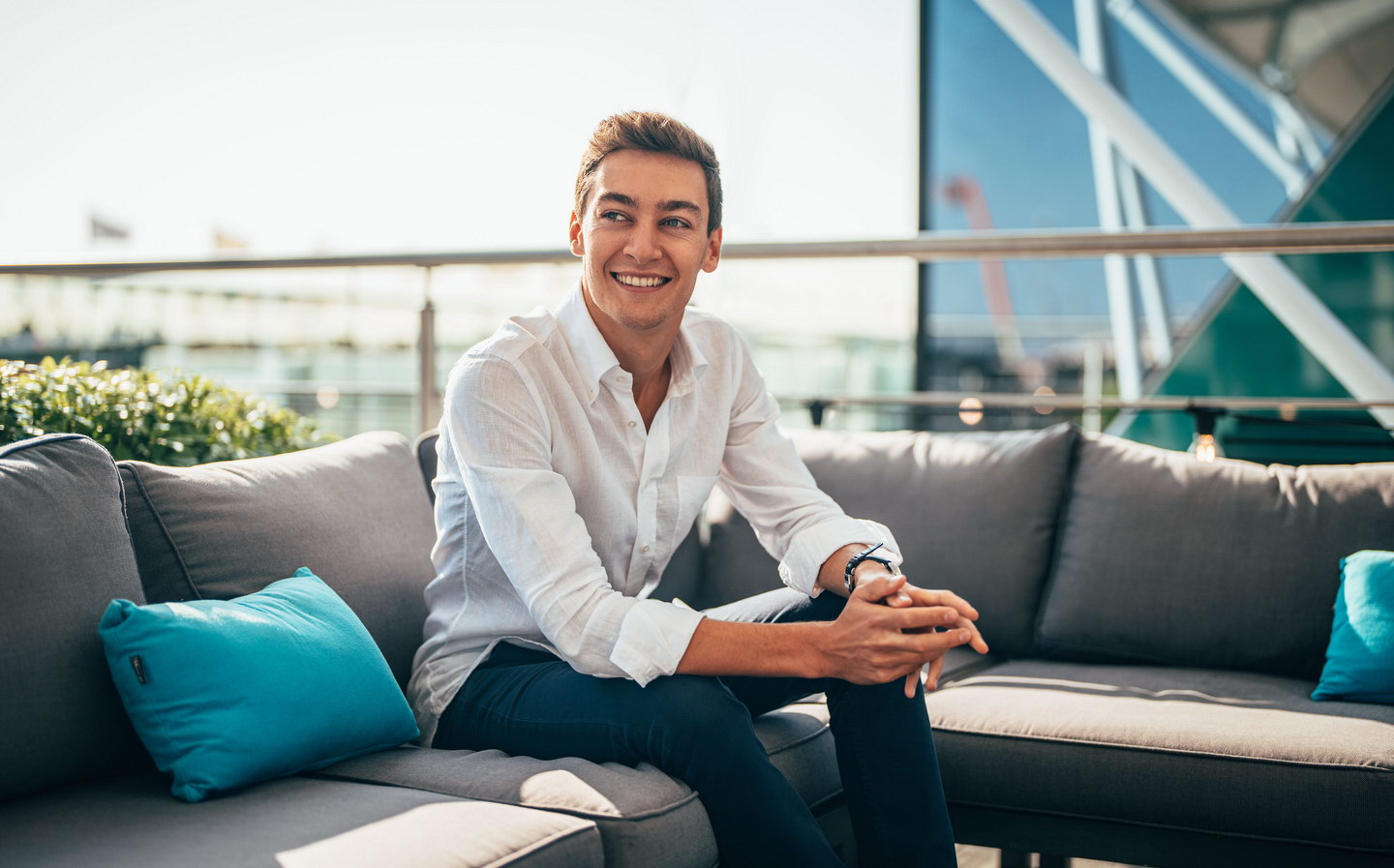 Having shown that he could beat Bottas in equal machinery with very little time in the car, and in challenging circumstances, it will be fascinating to see how hard Russell will push Lewis Hamilton next year.

It may be that Hamilton retains his number one driver treatment at Mercedes — in Russell’s first season with the team, at least — but if the 2022 Mercedes car is dominant in a new era of technical regulations, we could see a changing of the guard and another British F1 world champion in the making.