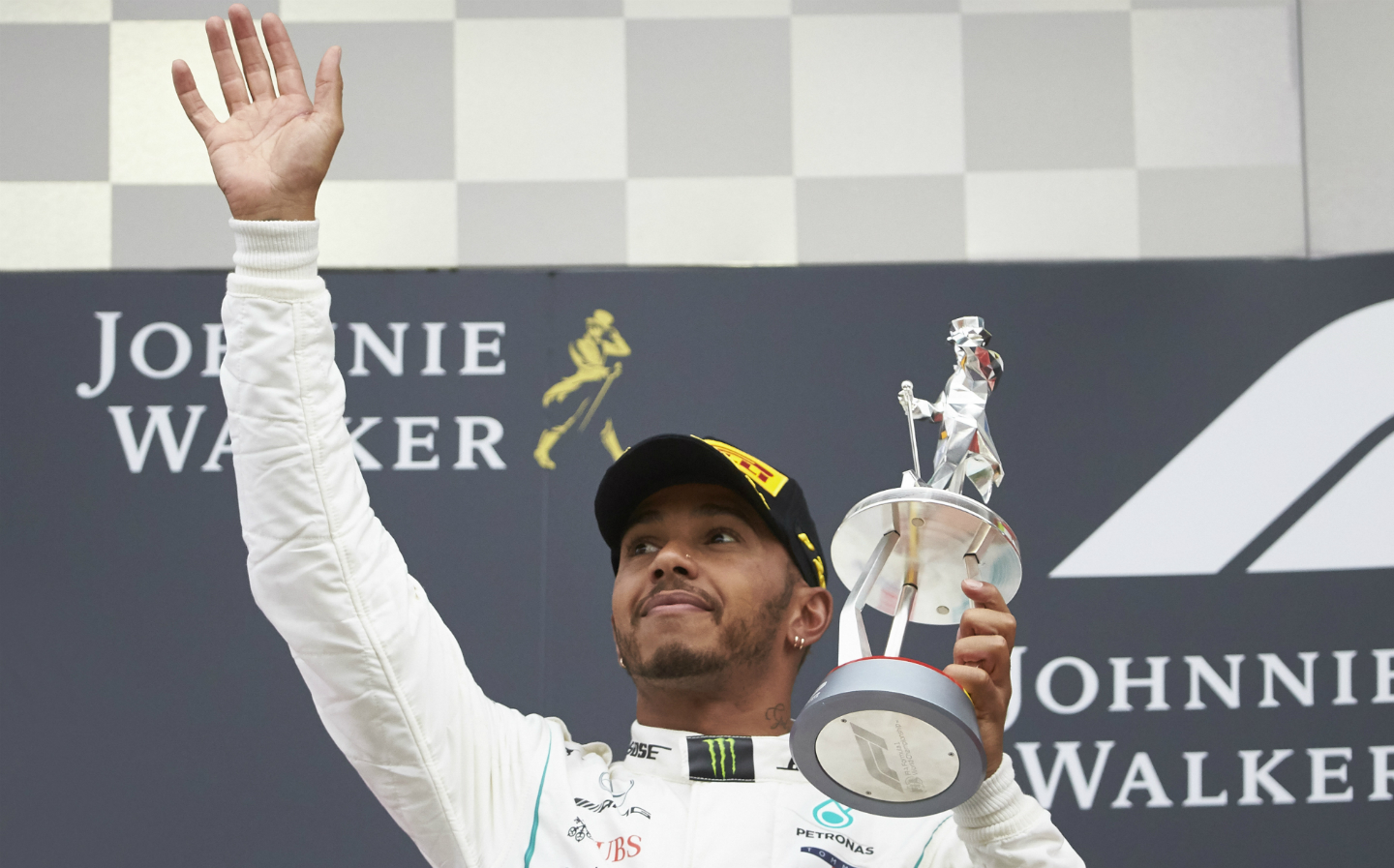 LEWIS Hamilton has further cemented his place in Formula One history after securing his fifth drivers’ championship at Sunday’s Mexican Grand Prix.

Now with the same title tally as F1 legend Juan Manuel Fangio, the only driver Hamilton hasn’t equalled or surpassed — statistically speaking — is Michael Schumacher, whose record of seven world championships was thought by many to be untouchable not so long ago.

To mark Hamilton’s incredible achievement, we’ve selected five of the British driver’s best performances in his incredible career to date.

Would you have included any others? Let us know in the comments, below.

Although he might consider his inaugural win at Canada in the previous race as a bigger milestone, the United States GP at Indianapolis could be Hamilton’s most impressive victory in his rookie year. The pressure he faced from teammate Fernando Alonso in qualifying carried over into the race, with Hamilton managing to fend off the hard-charging Spaniard’s overtaking attempt around the outside of turn one.

The start set the tone for the rest of the grand prix, with Hamilton and Alonso pushing each other hard all the way to the chequered flag.

Though Formula One hasn’t returned to Indianapolis since, Hamilton still performs well in the United States, having won five of the seven F1 races that have been held in the country since 2012.

As for the 2007 championship, Hamilton missed out on the title in his rookie year by a single point.

Hamilton may have many stellar wins to his name but few since his victory at a sodden Silverstone have been as impressive. On a rain-soaked track he ended up taking his inaugural British Grand Prix victory by over 68 seconds, lapping everyone bar the podium finishers in the process.

As well as cementing his reputation as a wet race ace, the 2008 British Grand Prix was a critical race for Hamilton’s championship campaign. Had Ferrari’s Felipe Massa finished in the points at Silverstone, he could have just pipped Hamilton to his first drivers’ title.

Before the Hungarian GP, few would have expected Hamilton to win a race in 2009. That year’s McLaren was way off the pace, and the reigning champion had only amassed nine points in contrast with the table-topping Jenson Button’s 68.

What followed at the Hungaroring was an unexpectedly dominant victory, with Hamilton finishing over 11 seconds clear of runner-up Kimi Raikkonen. Hungary proved to be a turning point for Hamilton’s fortunes in 2009, with the driver securing four pole positions, a win in Singapore and three additional podium finishes in the remaining seven races.

Mercedes may have had the most dominant car in 2014 but that didn’t mean Hamilton had it easy in his campaign for a second drivers’ title. Case in point: at that year’s Bahrain Grand Prix, he fended off teammate Nico Rosberg early in the race, but a late race safety car period meant Hamilton would have to keep his rival (now on softer, gripper tyres) at bay a second time.

In a thrilling 10 lap sprint to the finish, Hamilton managed to keep the German driver behind and eke out his second victory of the season, finishing just over a second ahead of his Rosberg.

On the first lap of the 2018 German Grand Prix, damage limitation was the name of the game for Hamilton. A hydraulics failure in qualifying meant the Brit was starting in 14th place, and the championship leader Sebastian Vettel was expected to dominate from pole position to a comfortable victory at the Ferrari driver’s home race.

Through a combination of clever strategy, impressive tyre management and Vettel crashing out when it started to rain, Hamilton defied the odds and won the race, showing the back-of-the-pack to front-runner ability for which he became known in GP2. Most importantly of all, he retook the lead of the championship from Vettel — an advantage Hamilton would retain for the rest of the season.