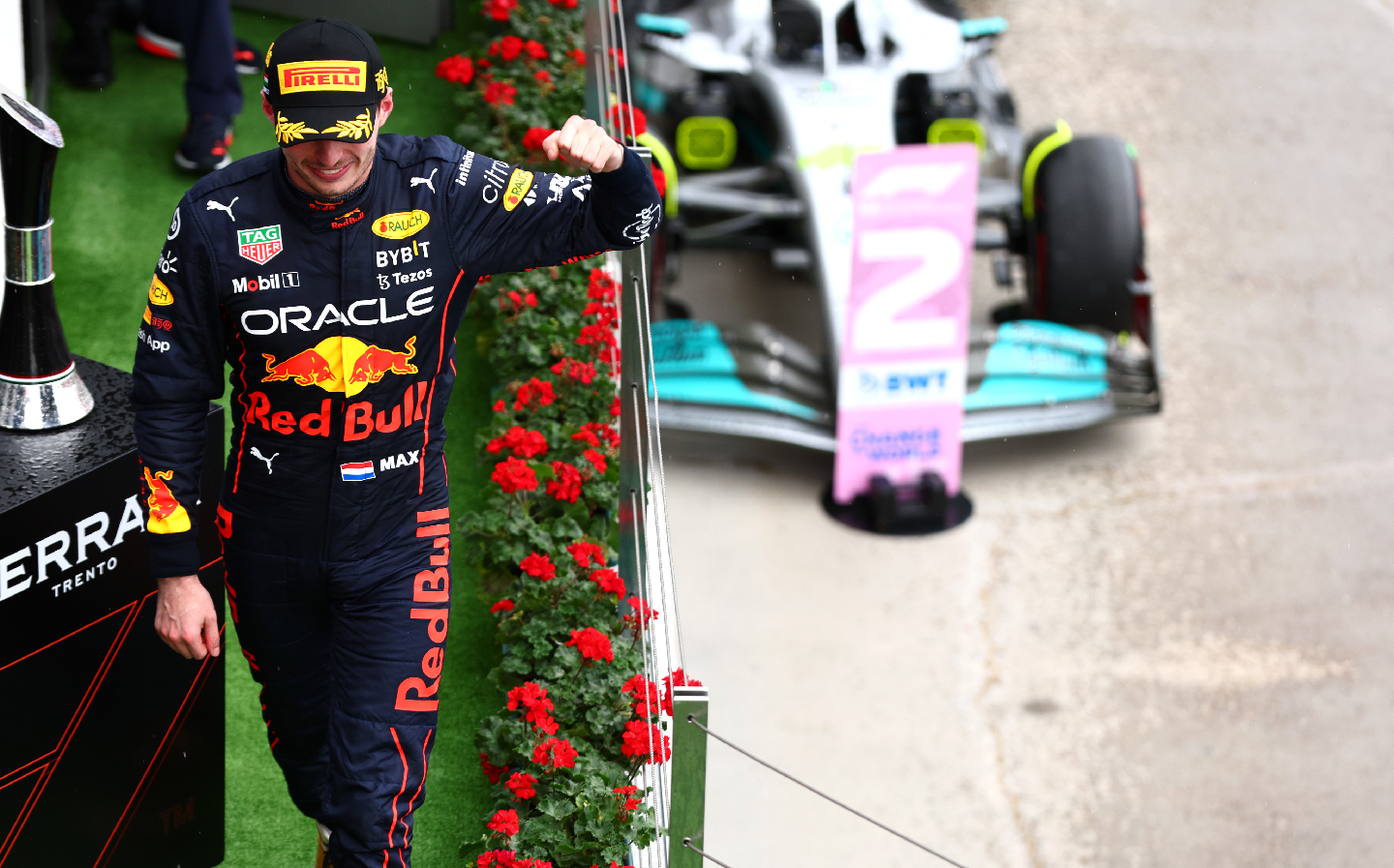 The 2021 F1 World Championship has entered the summer break, following the Hungarian GP, and Max Verstappen has the advantage at the top of the Drivers’ standings. His team Red Bull Racing is leading the race for the Constructors’ title, too.

But hold on — this championship could go down to the wire. Ferrari appears to have a slight speed advantage but a series of retirements and poor strategy calls has put them on the back foot. That could all change in the second half of the season.

And don’t discount Mercedes. It had a lacklustre start to the 2022 F1 championship but made the most of a problematic car, and now seems to be close to the two top teams. A double podium in Hungary means the Brackley-based outfit is just 30 points away from second spot.

Racing in “dirty air,” such as when running closely behind another car, can result in a huge loss of downforce in an F1 car. That loss of downforce partially disincentivises the kind of hard, close racing loved by audiences and drivers.

Research has shown that the 2021 F1 cars lost 35% of their downforce when running three car lengths (20m) behind a leading car, while closing up to one car length (10m) resulted in a 47% loss.

That’s why the 2022 F1 car has had a raft of aerodynamic changesaimed at increasing downforce and decreasing aerodynamic wake. The new cars get “ground-effect”, whereby negative pressure is generated under the vehicle to suck it to the circuit, with less of an emphasis on front and rear wings to push the cars down to the ground. This, it is claimed, reduces downforce loss for cars following to just 4% at 20m distance and 18% at 10m.

These changes had all been originally slated for the 2021 season, but were delayed due to the Coronavirus pandemic.

Here are a few of the highlights:

1. The front wing and nose have been completely redesigned to reduce the aerodynamic wake thrown out by each car, allowing following cars to get closer without worrying so much about disrupted airflow.

2. The same has been done with the new winglets set back from the nose, the new 18-inch wheels and the return of wheel covers, all tweaked to keep airflow smooth and tight.

3. New floors featuring fully shaped tunnels have been created to increase ground-effect-related downforce, helping the cars stick more closely to the road, reducing the reliance on the rear wing for downforce.

4. The rear wing gets a more curvaceous, sculpted shape to create a less disruptive mushroom-shaped vortex behind the car.

5. The 1.6-litre turbocharged hybrid engines may be the same (though running on more sustainable E10 fuel), but the changes to the aerodynamic array will, in minimising airflow disruption and increasing downforce, potentially lead to much more exciting on-track action.