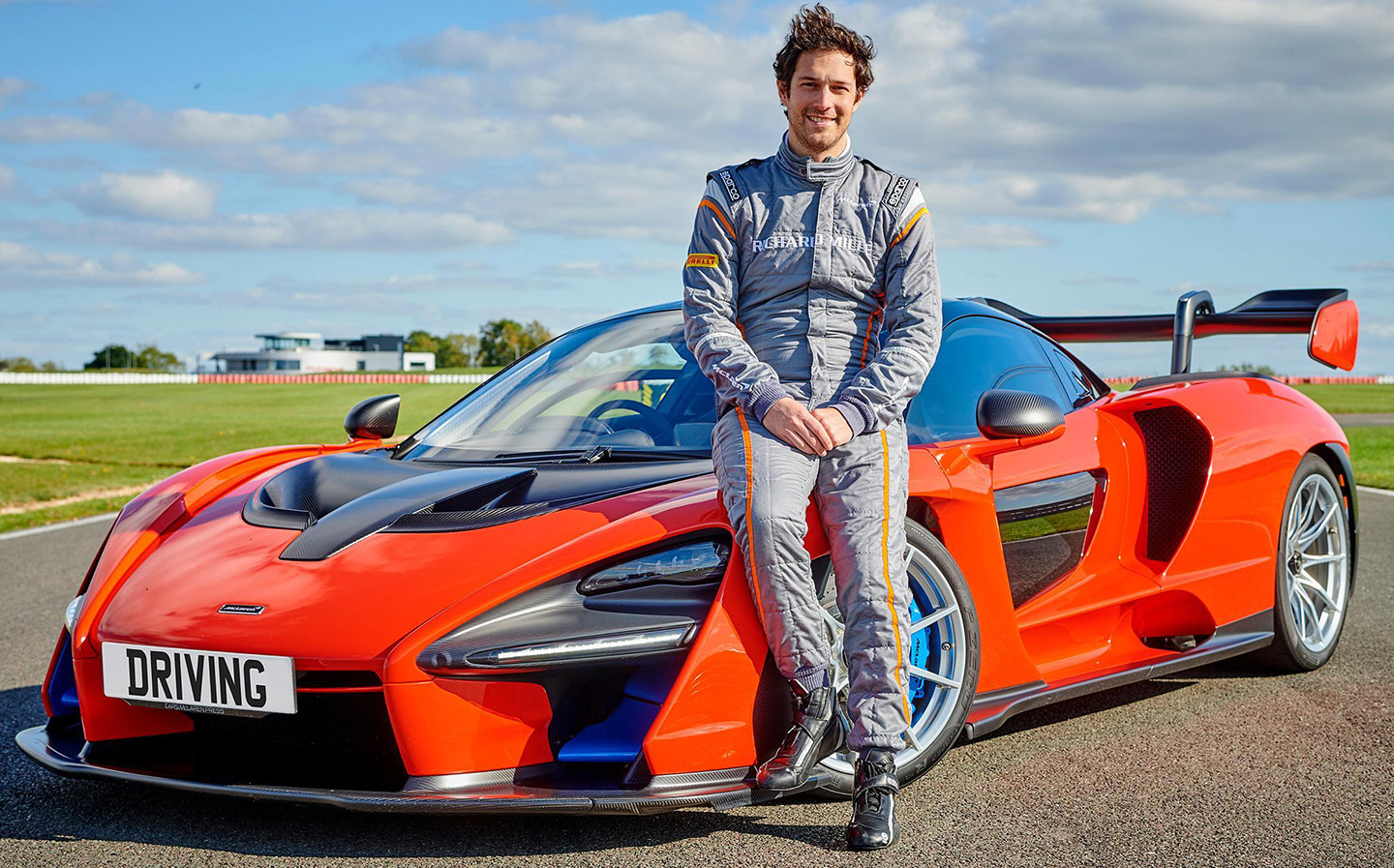 BRUNO Senna has raced in Formula One, Formula E and now competes in the World Endurance Championship. He is the nephew of Ayrton Senna, the triple F1 world champion who died while leading the San Marino Grand Prix for Williams in 1994. “If you think I’m fast,” Ayrton once told the McLaren F1 team, “you should see my nephew.”

When McLaren announced it would be producing a limited-edition, road-legal track car in memory of its most lionised driver — the 789bhp, carbon-fibre tubbed McLaren Senna — his nephew knew he had to have one. “Ayrton raced for McLaren [from 1988 to 1993] and there is a strong connection for me,” he says.

“Ayrton taught me the hard way … If I tried to overtake him around the outside of a bend, he would deliberately push me off the track”

He and his uncle were close. “I was 10 when Ayrton was killed,” says Bruno, who has a sister, Bianca. “We always sat down at home in Sao Paulo and watched his races on television. I saw the crash but it took a while for the news to filter through because we didn’t have mobile phones or the internet [at home] back then.

“It was about six hours before the confirmation of his death. I was super close to Ayrton and, because he didn’t have any kids himself, he treated us like his own. He was always having fun with us — flying us to the beach and being larger than life.”

Bruno, 35, started driving a go-kart around the family farm when he was five. “I could steer a normal car when I was eight,” says Bruno, who also remembers racing around a kart track, chasing his uncle into the corners.

“Ayrton taught me the hard way — by experience. If I tried to overtake him around the outside of a bend, he would deliberately push me off the track. It taught me about driving technique.”

But everything came to a halt when Ayrton died. “My family made it clear that was that. I didn’t try my hand at motor racing again until I was 18, which is very late.”

Then Bruno’s father, Flavio, was killed in a motorcycle accident in 1996. “Perhaps it’s no wonder my mother wasn’t very keen on me racing. Later she relented but what she thought would be a short-term fad turned into a career.”

Bruno’s first job was working for his grandfather, who ran an Audi dealership. He passed his test on his 18th birthday and was presented with a new Audi S3. Like many cars in Sao Paulo, the bodywork was armoured.

“It weighed about 250kg more than the standard S3. The bulletproof glass was 23mm thick and extra Kevlar panels were fitted in the doors. I upgraded the engine but then crashed it a year later.”

Bruno moved to England in 2004 to compete in Formula BMW. “I bought a VW Golf R32, which was a lot of fun. Somehow I escaped a speeding ticket, although I had lots in Brazil.”

After stepping up to GP2 Series racing — now FIA Formula 2 — he swapped the Golf for a BMW 335i. Bruno made his F1 debut in 2010. He moved to Monaco and borrowed a friend’s Porsche 911 GT2 for a year. “What a lovely friend! I was very careful but I had to replace the clutch and flywheel before I gave it back.”

His everyday drive now is a BMW 340i, with a McLaren 675LT convertible for sunny days. And there’s that very special McLaren. “It’s a fitting tribute. Ayrton would have loved it.”

Bruno Senna: My life in cars