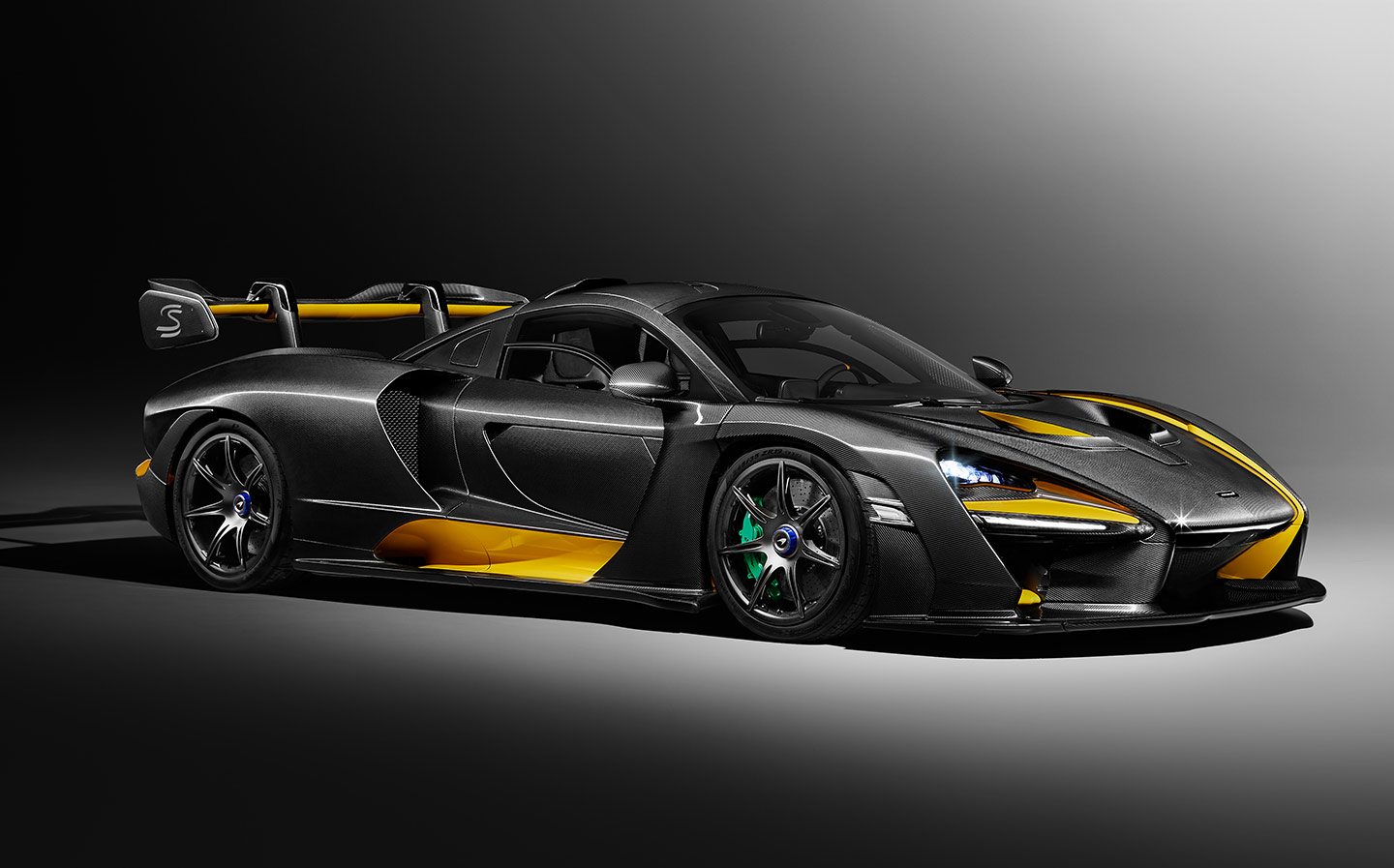 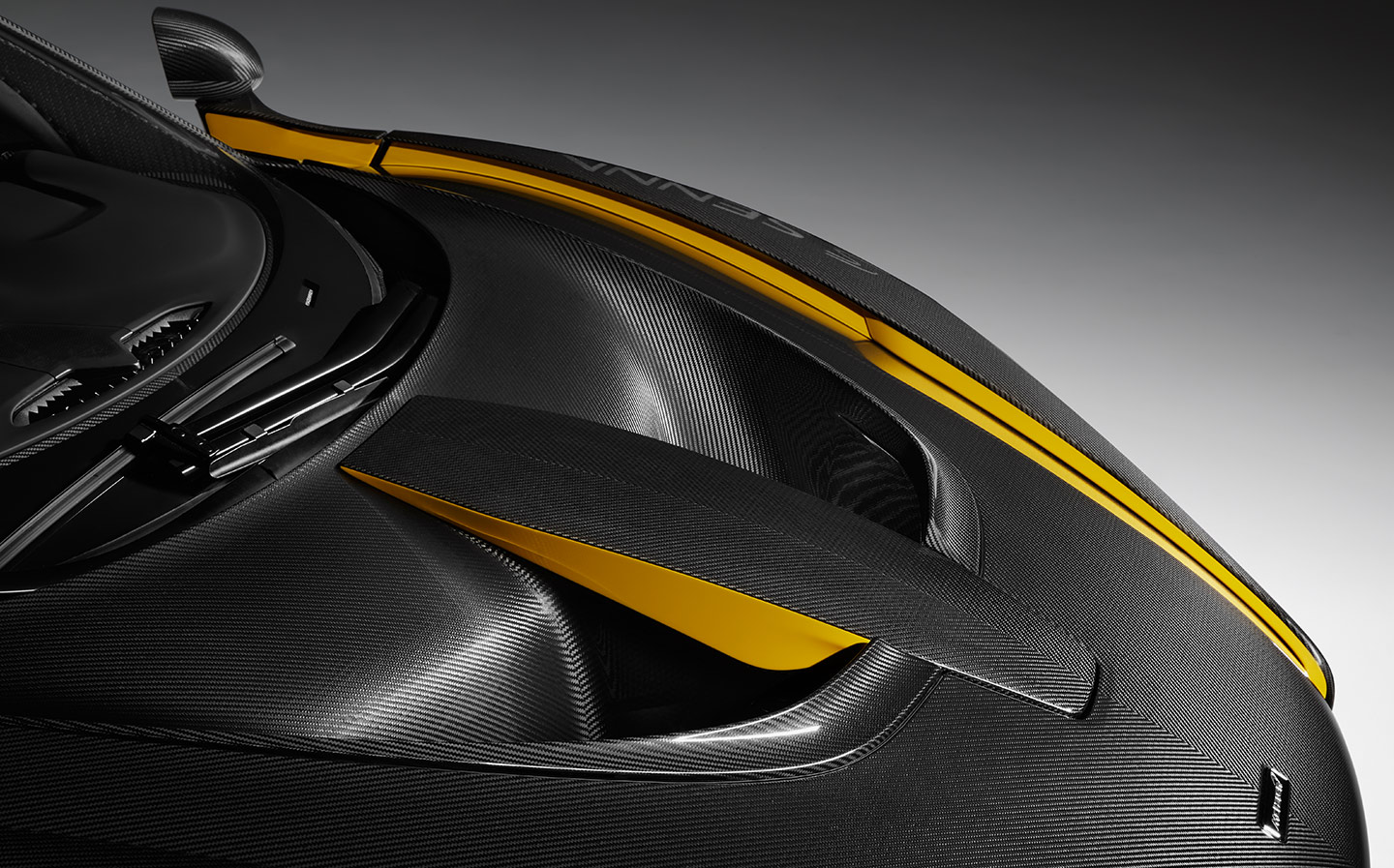 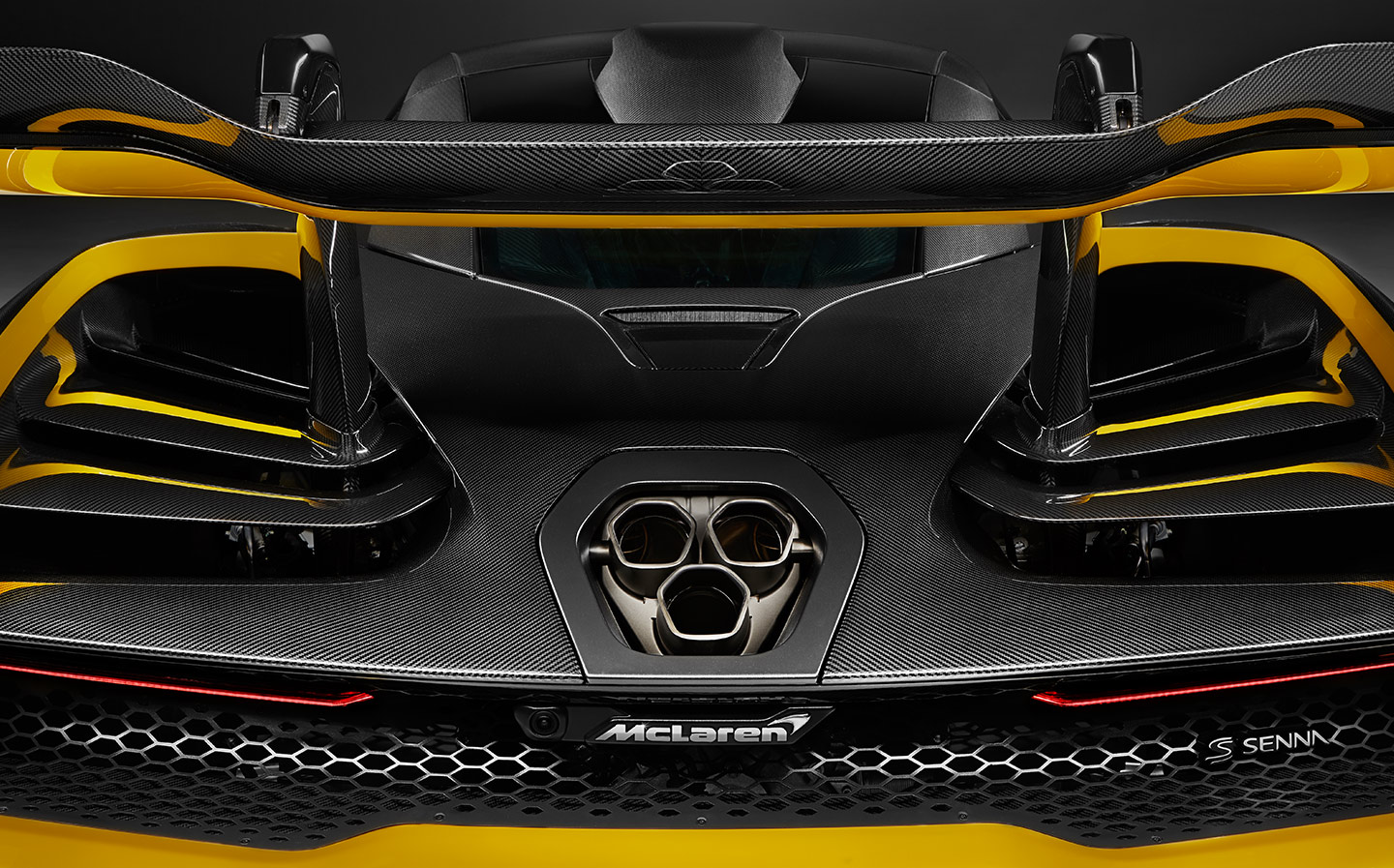 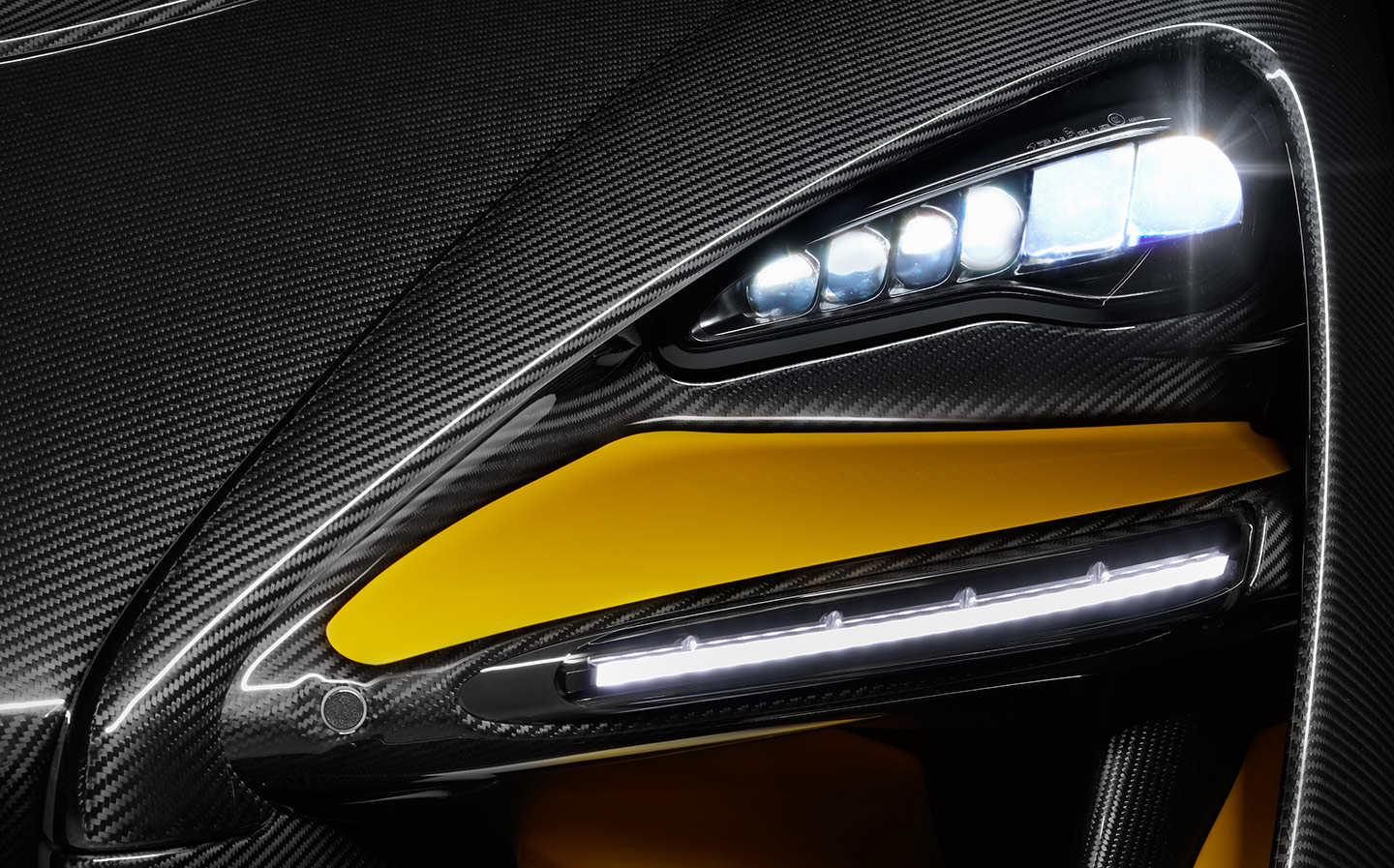 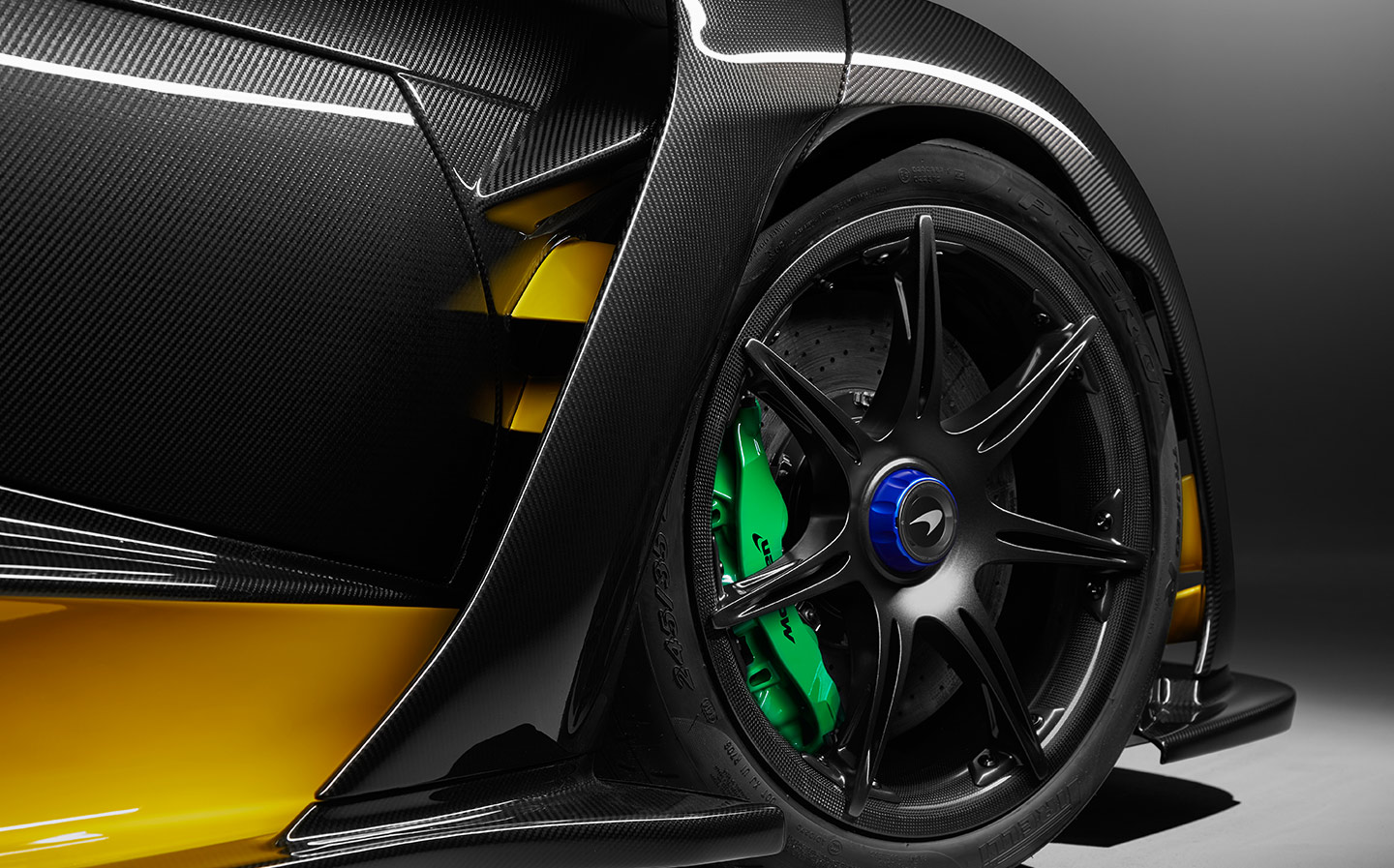 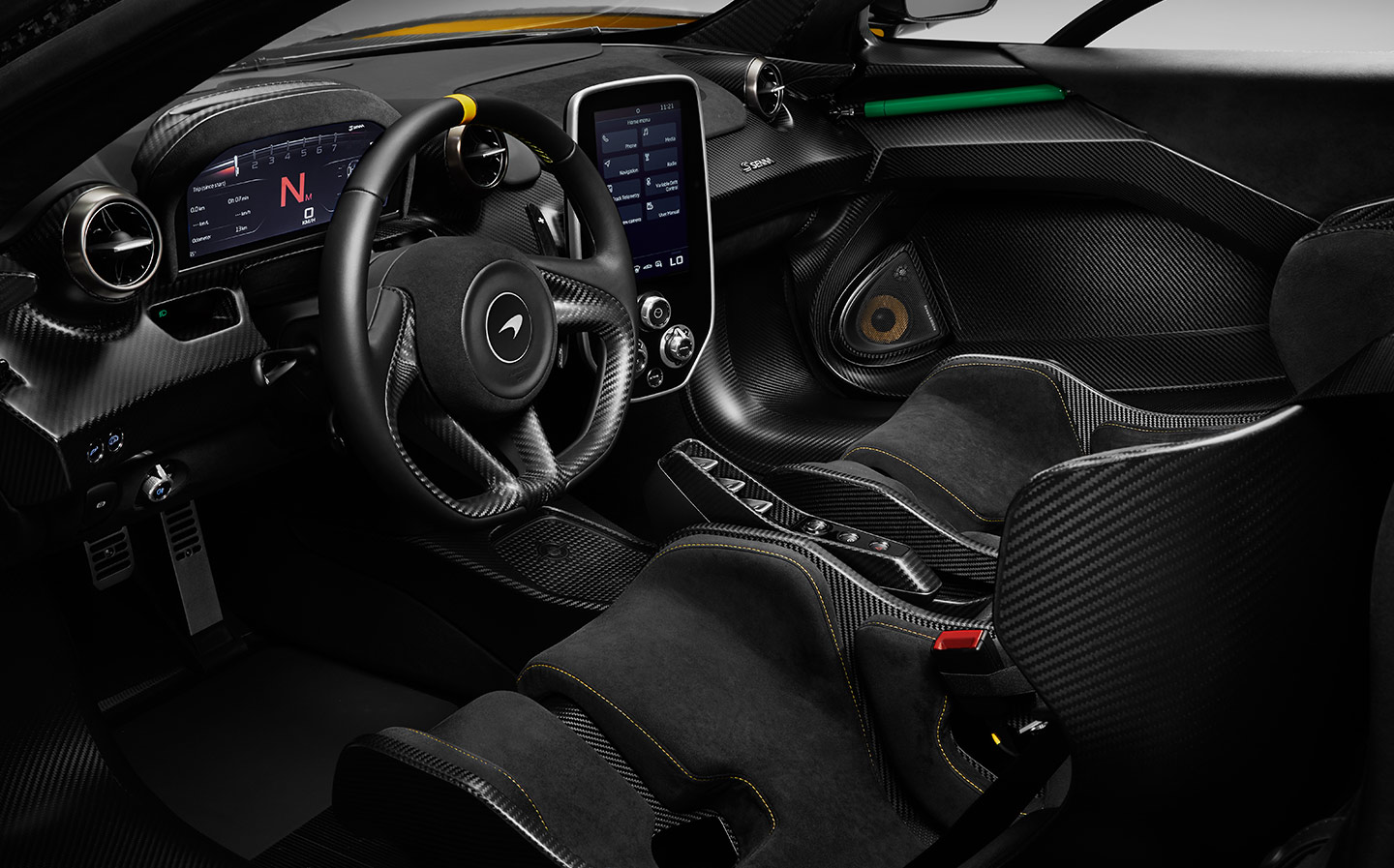 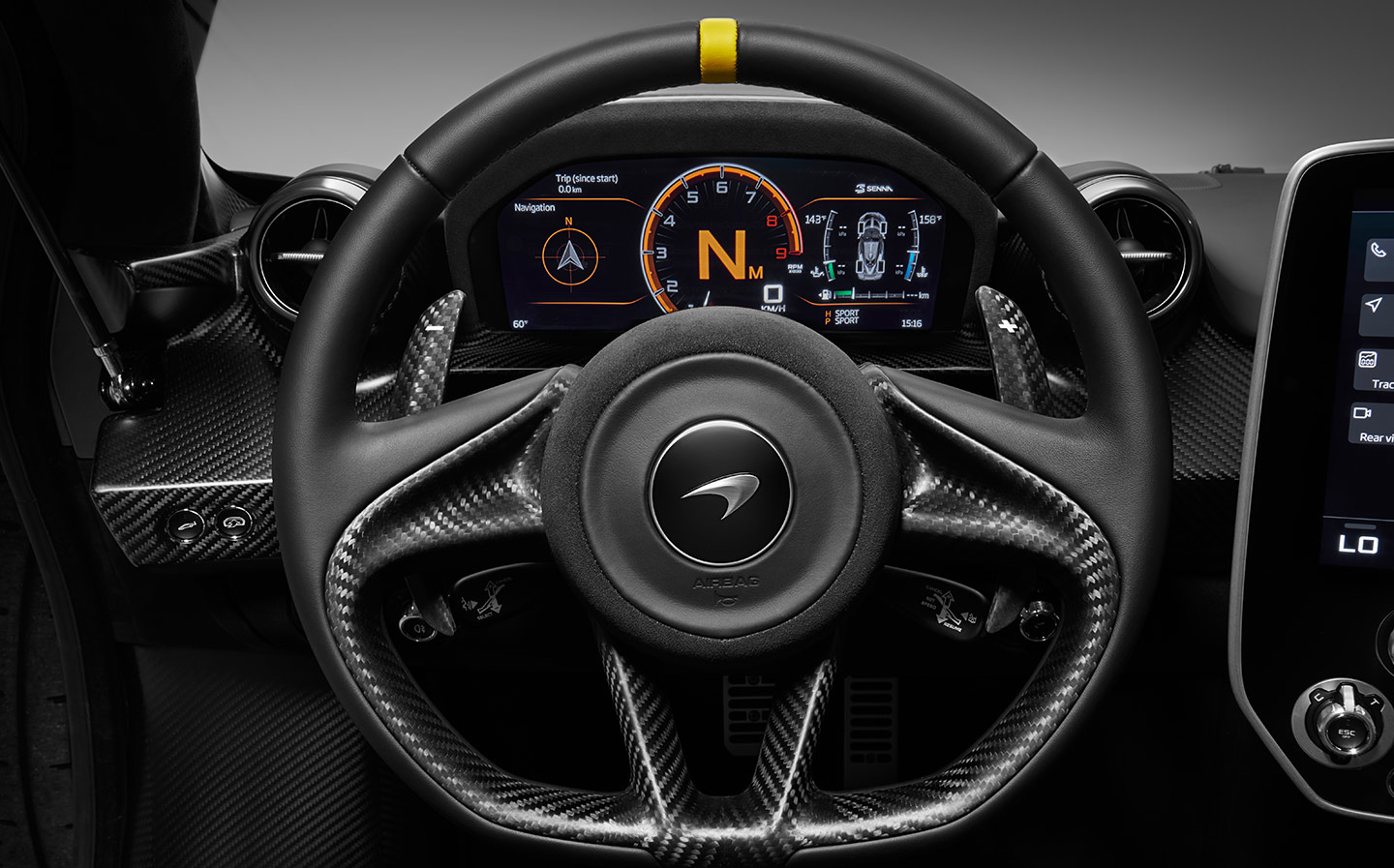 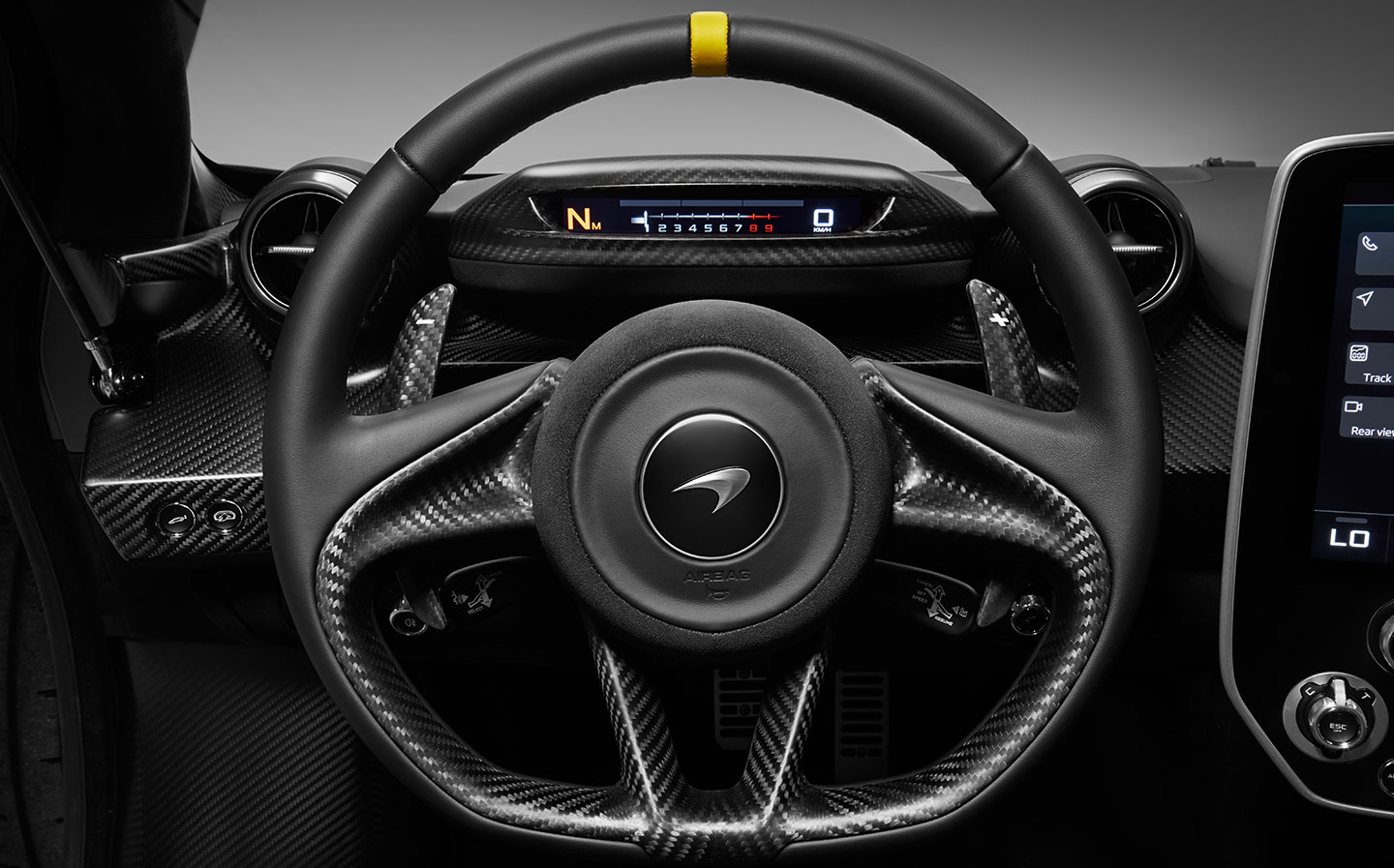 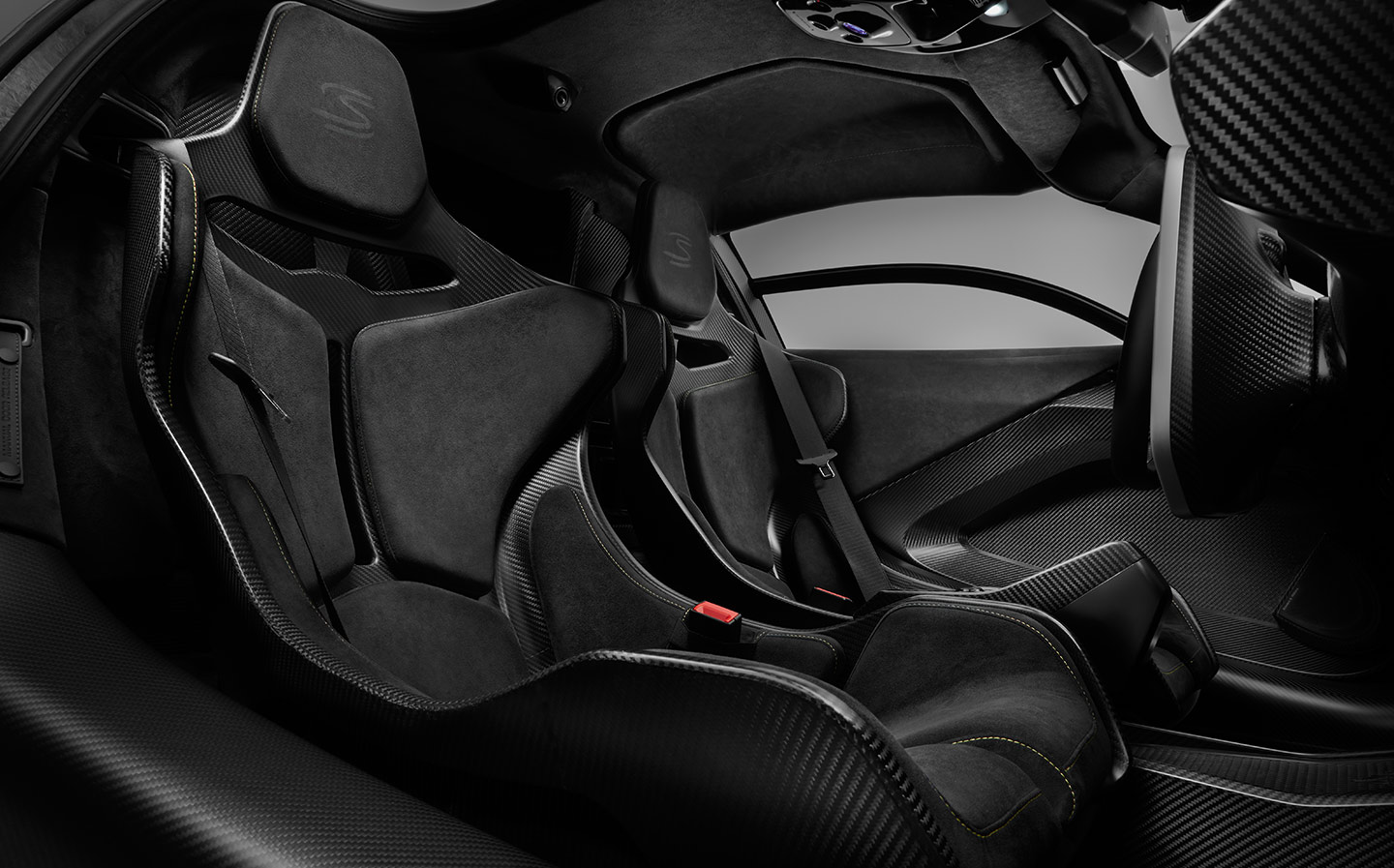 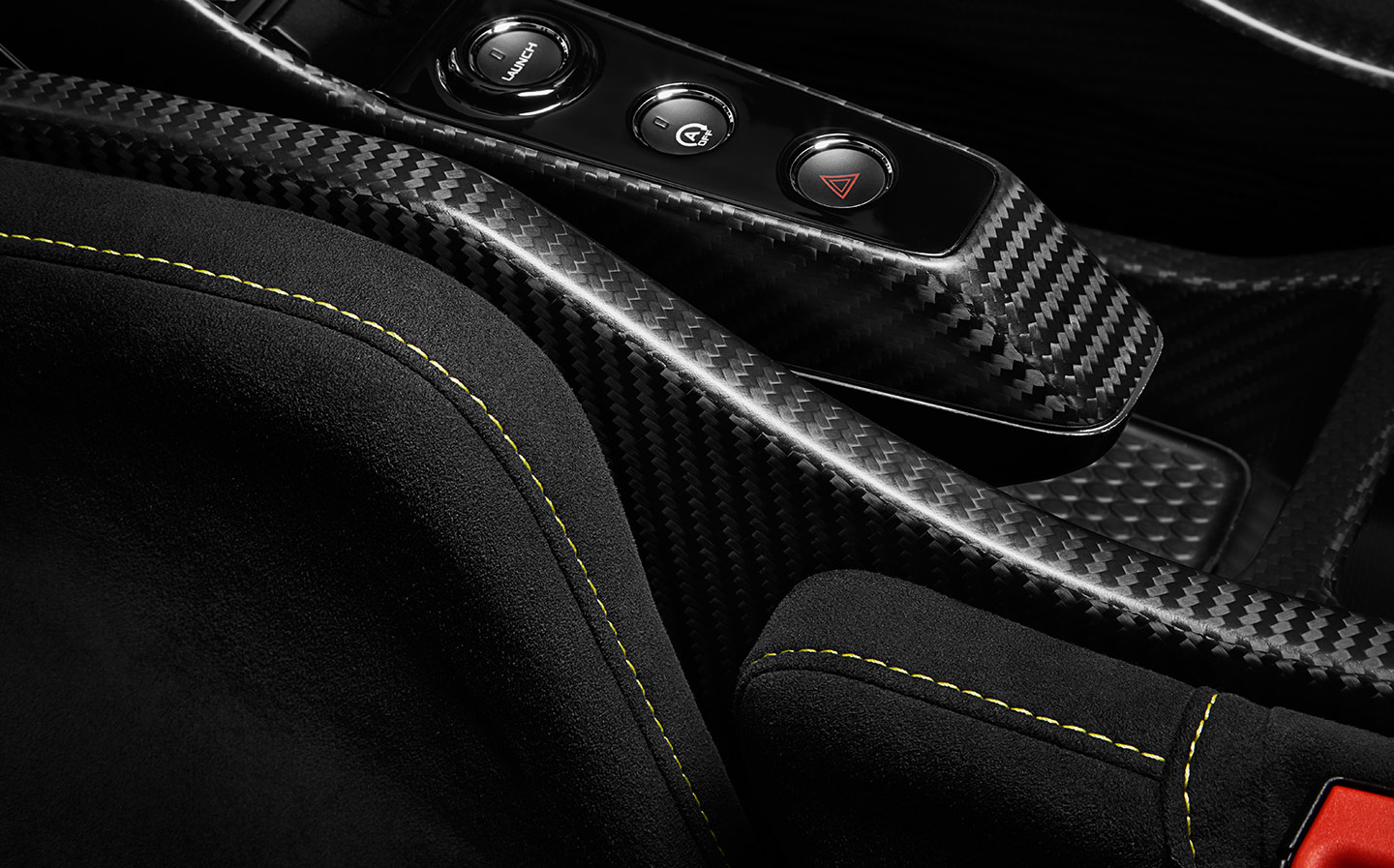 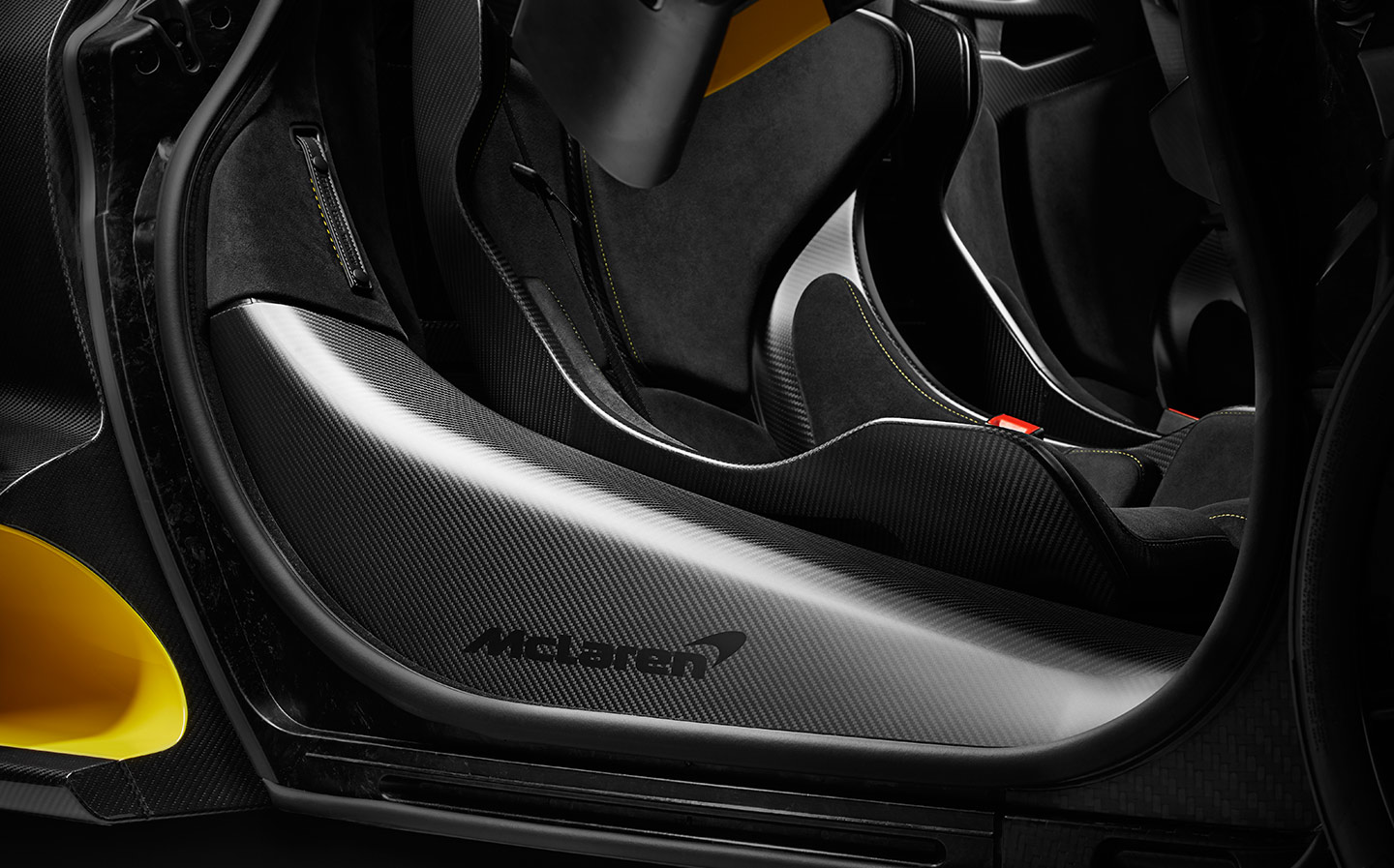 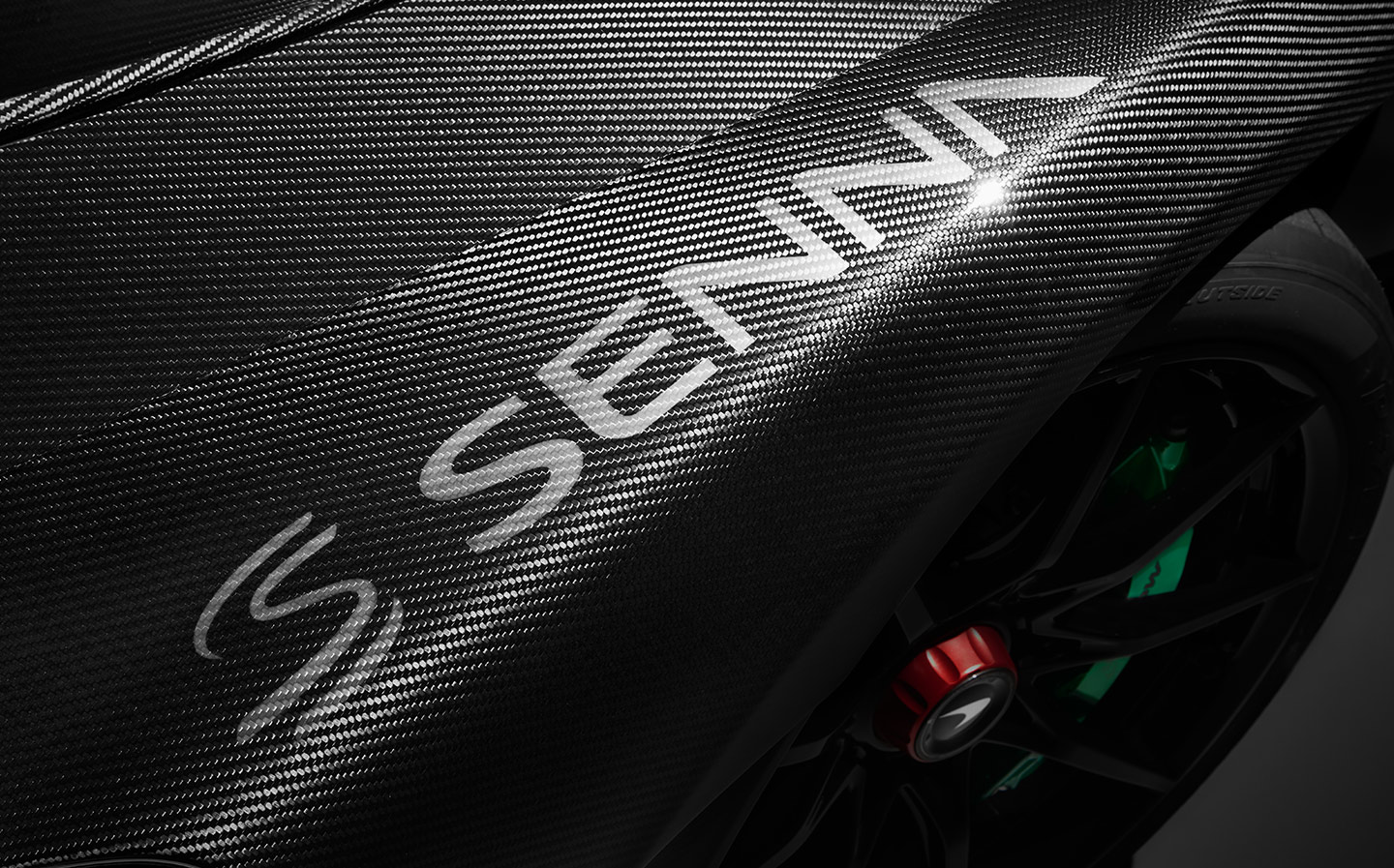 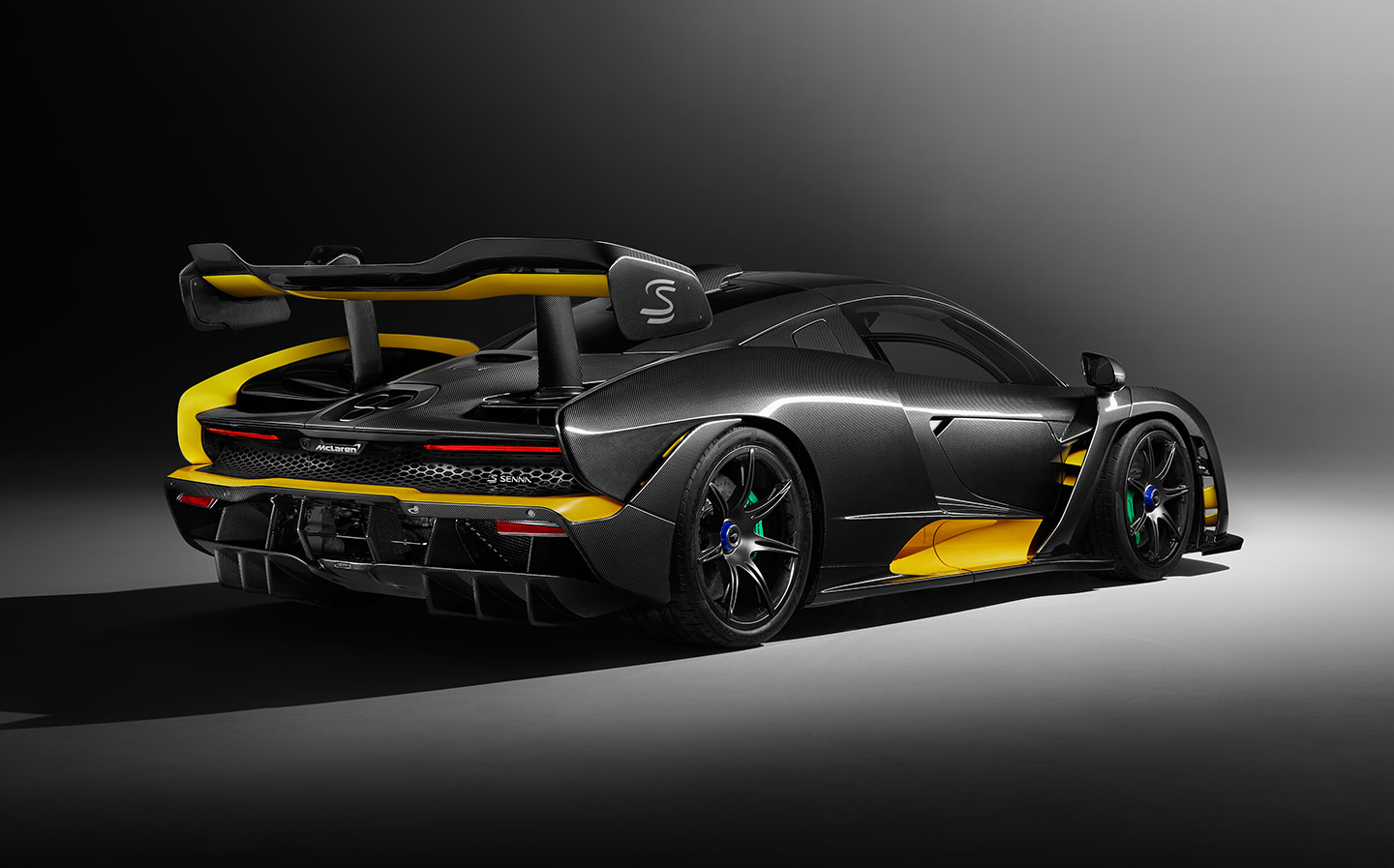 This is the McLaren Senna ‘Carbon Theme’, a special edition of one of the most hotly-anticipated supercars of all time and the ultimate “road-legal track car” from the Woking manufacturer.

And the specs suggest it has the potency to cash every cheque its extreme exterior writes: with weight savings all round over the “standard” Senna, top speed is a claimed 211mph and 0-62mph takes just 2.8sec, courtesy of a 4-litre twin-turbo V8 engine producing 789bhp and 590 lb ft of torque.

This kind of performance doesn’t come cheap, of course: each of the proposed 500 McLaren Sennas is priced at a £750,000 but if you want one hand-built by the guys in McLaren’s Special Operations division, it will “carry a financial premium”; in the case of the Senna  Carbon Theme it’s nearly £300,000, making the final charge well over £1m.

The McLaren Senna ‘Carbon Theme’ makes its public debut next week at the 88th Geneva International Motor Show, and Mclaren says there will be an additional surprise at its press conference on Tuesday morning.