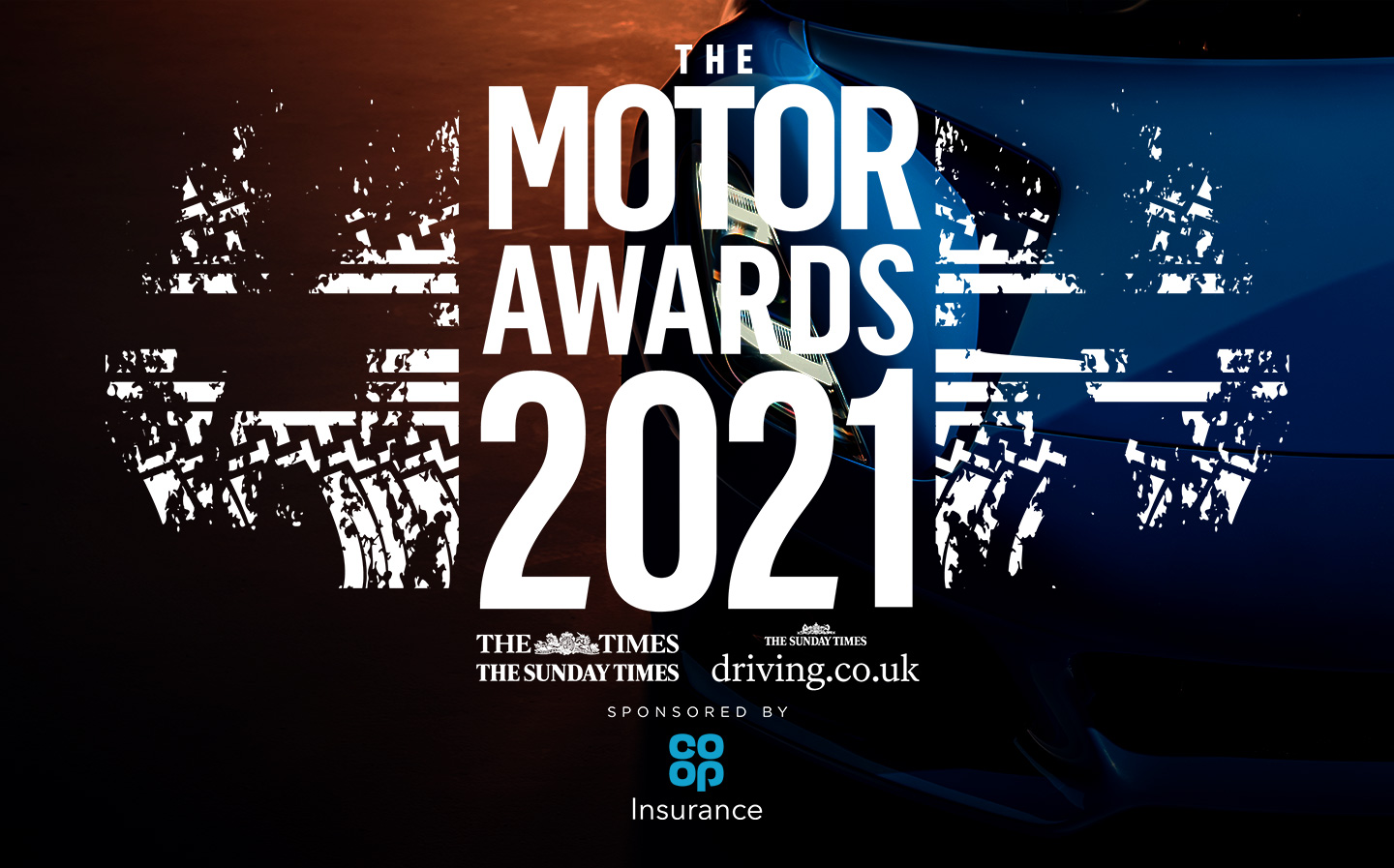 THE SUNDAY Times Motor Awards is back and once again we want you to help us pick some of the winners. What’s more, by getting involved you’ll be entered into a prize draw that could see you win a Tesla Model 3 electric car for a week.

Our car reviewers have shortlisted the best cars that have gone on sale in the last 12 months. We can reveal today our top picks in the Best Value Car, Best Family Car and Best Electric Car categories, and want you to vote for the three winners.

Scroll down for the voting form and to be entered into the prize draw.

Win a Tesla Model 3 for a week!

All drivers over 25 years old who vote in the Sunday Times Motor Awards 2021 will be automatically entered into a prize draw to win a Tesla Model 3 pure-electric saloon car for a week. With a range of 278 miles or more between charges, depending on the version, and a 0-60mph time of 5.3 seconds or less, it may change your view of electric cars forever. 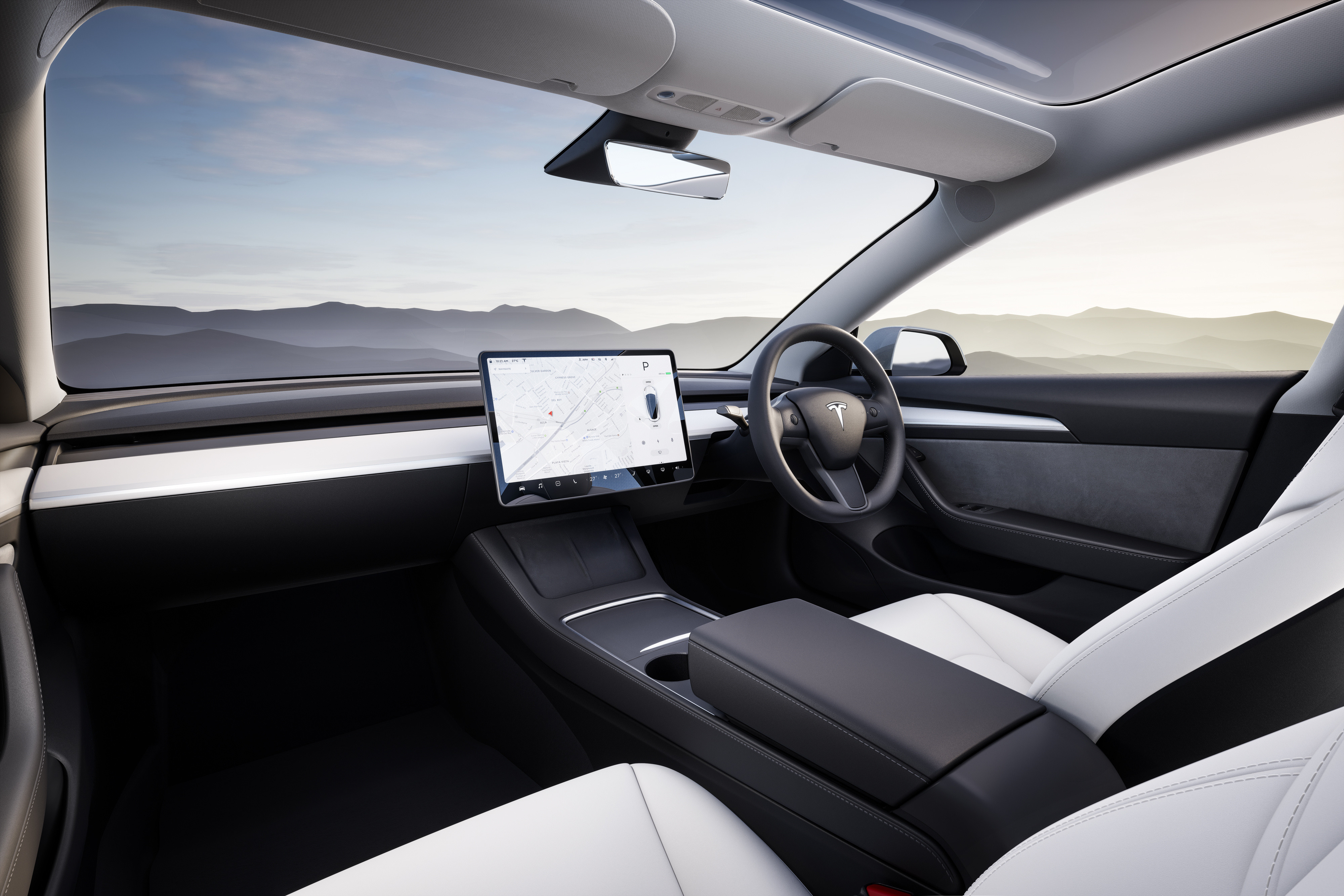 Use of the Tesla Supercharger network is included so even if you can’t recharge the car at home, you’ll be able to keep it topped up at one of more than 600 Supercharger locations in the UK, with charging capable at speeds of up to 250 miles in just 15 minutes.

Vote for your cars of the year

Voting has now closed. The full list of Sunday Times Motor Awards winners will be published on Sunday, October 10, 2021.

These are the cars you can vote for this year, in three categories. They’re all good — handpicked by our motoring writers — but which ones should be awarded the top honour? You decide!

Value Car of the Year 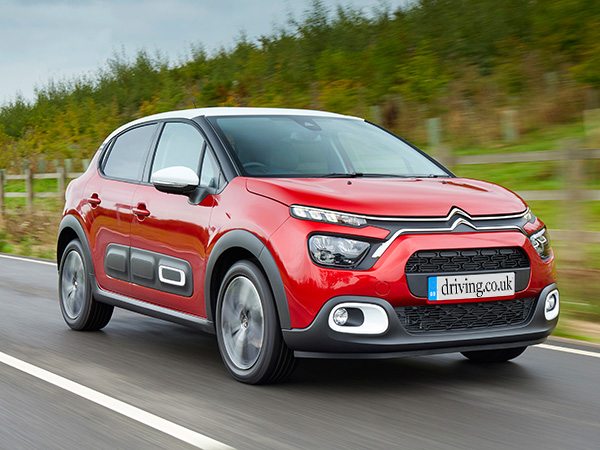 The new C3 doesn’t major on handling or performance but when it comes to ride comfort, rival superminis such as the Ford Fiesta and Vauxhall Corsa can’t compete. It’s also a funky-looking thing, inside and out, and the French car maker offers plenty of value for money, with prices starting at just over £13,000. 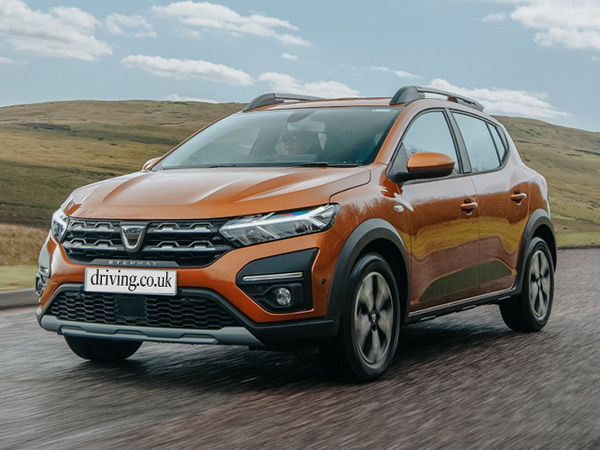 Dacia is a brand that prides itself on no-nonsense value for money, but as part of the Renault Nissan Mitsubishi Alliance it is able to churn out cars with peppy engines, decent handling and comfortable, practical interiors. The Sandero Stepway is a more rugged version of its hatchback and all the more useful for it, but it’s also objectively good-looking. With prices starting at just under £12,000, as Dacia itself says: you do the maths. 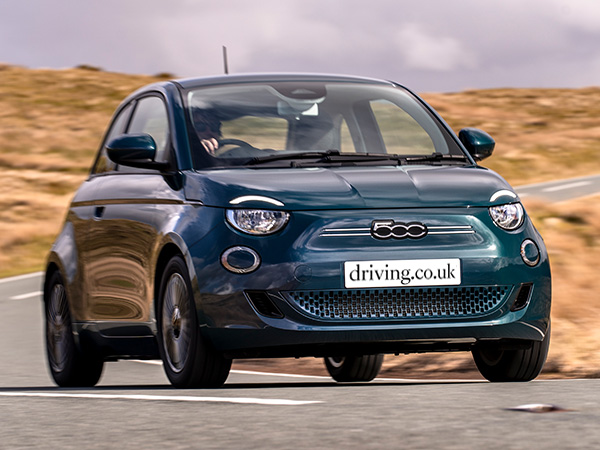 The new Fiat 500 features twice in our reader-voted shortlist — because it’s now only available in pure-electric form, and because it has cleverly modernised styling without losing the cute factor, it deserves a spot in the electric car category (see below). But we need to include in the value car category, too, as one of the most affordable electric cars available: it starts at just £23,495 (after the £2,500 government grant). 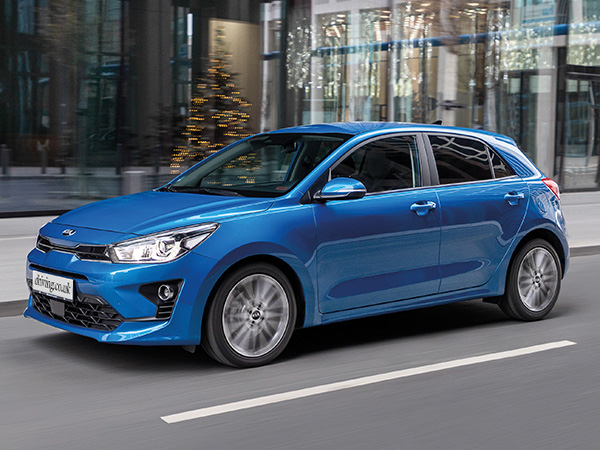 The fourth generation is the best iteration of the Kia Rio yet, but it’s also brilliant value for money. For just over £13,000 you can get a Kia Rio “1” with Bluetooth, air conditioning, steering wheel controls and electrically-adjustable heated door mirrors. 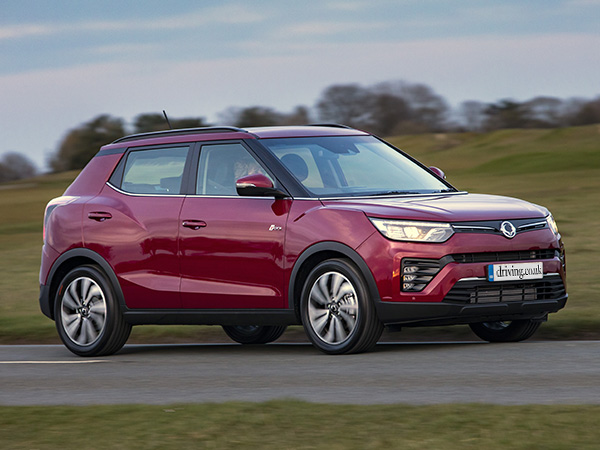 In just a few years, this Korean car brand has gone from making inefficient, bad-to-drive clunkers to producing good-looking models that can compete with the big name brands in terms of tech, economy, comfort and handling. But the affordability remains: the Tivoli compact SUV is available in EX spec from just £12,995, and comes with heated seats, keyless entry, electric and heated door mirrors, and a six-speaker stereo as standard.

Electric Car of the Year 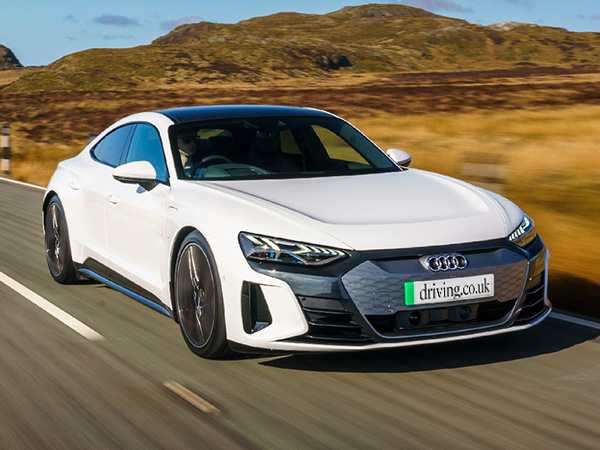 The Audi e-tron GT might borrow underpinnings from the Porsche Taycan but it feels very different to drive, and proved to be such a pleasure over sweeping roads in the Scottish Highlands. The interior is brilliantly designed, without following the trend of stripping away all the physical buttons, and will be very familiar to Audi drivers. With a range of up to 296 miles and the capability to add 62 miles in just five minutes (at 270kW), it’s a joyous long-range cruiser. Buy the RS version and it’s a sports car, too, with a 0-62mph sprint time of 3.3 seconds. 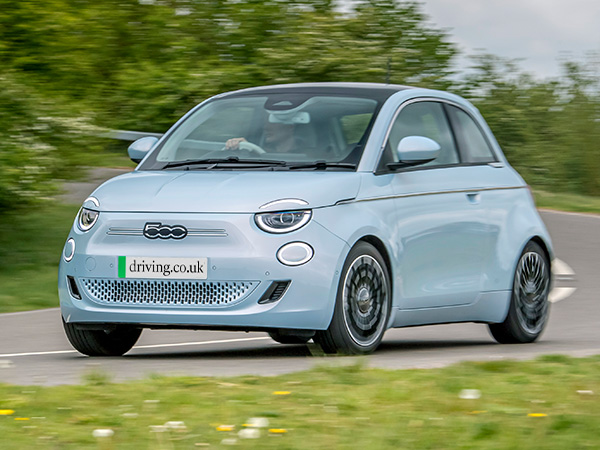 The new Fiat 500 retains its cute jelly mould shape but there are stylish changes to the exterior design to help bring it bang up to date, such as the split-level headlights with LED running lights that are now part of the bonnet. The interior is brilliantly modernised, too, while retaining its retro cool. But it’s what’s gone on under the bonnet that’s the real change — the Cinquecento is now pure electric, which makes it more city-friendly than ever before, with a range of up to 199 miles and charging at speeds of up to 100 miles in 15 minutes. 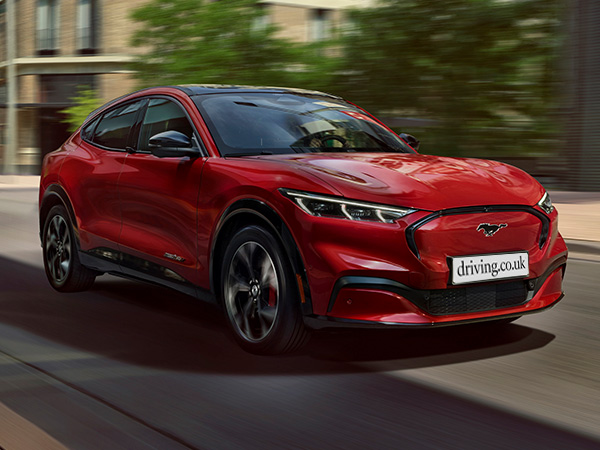 Ford asked us to rethink the meaning of Mustang with this pure-electric SUV. There are still some grumbles of discontent, but not from people who’ve driven one. The Mustang Mach-E is one of the sportier electric SUVs, with sharp handling and a 0-62mph time of 5.1 seconds, making it worthy of the name. With a range of up to 379 miles between charge, the ability to add 70 miles range in just 10 minutes using a rapid charger, a brilliant (and huge) infotainment system, plenty of tech and premium levels of comfort, the Blue Oval has really taken the fight to the likes of Tesla. 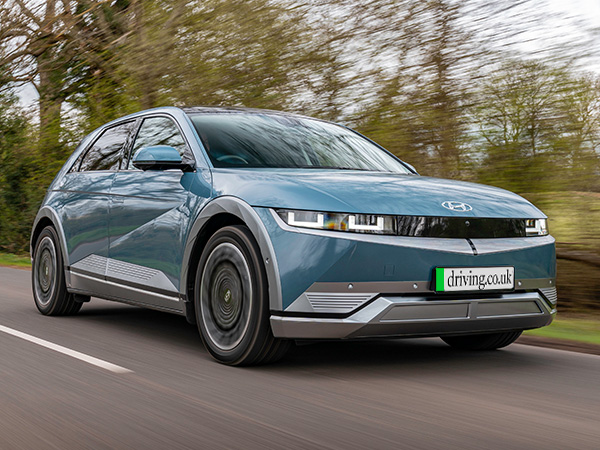 There’s a lot of buzz around the freshly-launched Ioniq 5, mainly because of its strikingly angular bodywork and lounge-like interior, with reclining “relaxation seats” in the front and a centre console that slides forwards and back. But looks aside, the vital statistics are impressive, too: recharge from 10-80% in just 18 minutes; accelerate from 0-62mph in as little as 5.2 seconds; up to 298 miles per charge. We love the slick infotainment system, too, with a search function and bright, clear graphics. 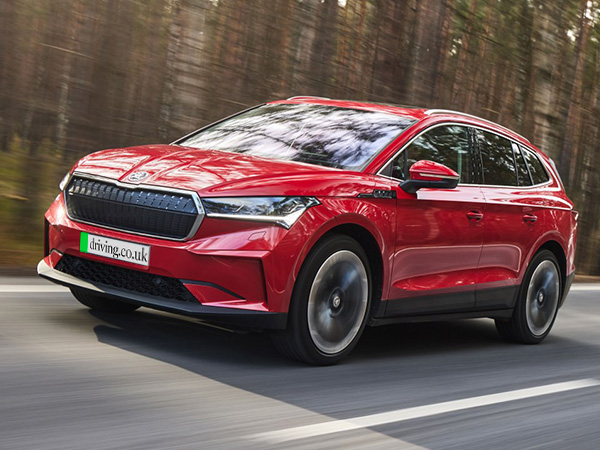 Based on our test drive, Skoda should be extremely confident about its electric future, as the Enyaq drives very well, is solidly built, comfortable, quiet, and amazingly spacious in the front and rear. With an official range of up to 333 miles, the ability to recharge from 5% to 80% in 38 minutes and prices from just under £40,000, it’s likely to prove popular. But our favourite bit is the wireless Apple Carplay and Android Auto, which integrates seamlessly with the inbuilt infotainment; Waze navigation even shows up on the head-up display.

Family Car of the Year 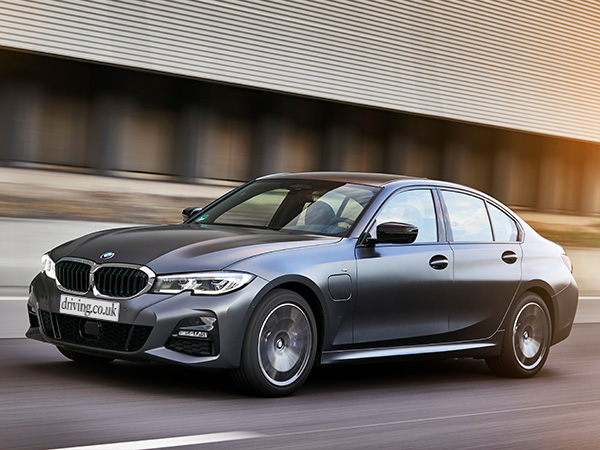 A perennial favourite for keen drivers, the BMW 3 Series combines fine handling and a class-leading ride with a high quality interior, silky engines and lots of tech. Its qualities make it popular with professionals of all types but those with families will appreciate the seventh generation model’s roomier cabin and huge number of safety features, while the estate version has the extra room for buggies or four-legged friends. 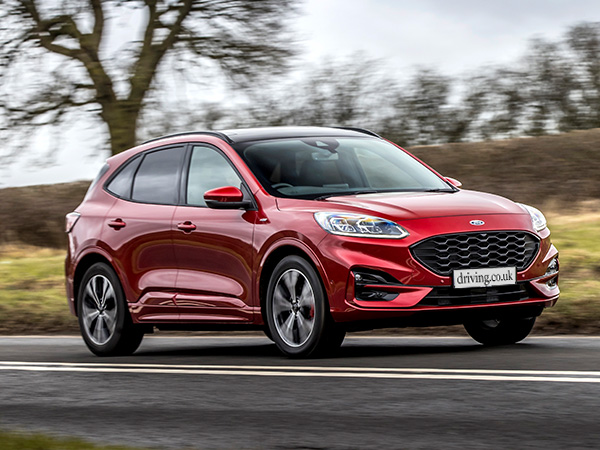 An all-new version of the Kuga was introduced in 2020, which saw it lose the boxy exterior in favour of a more hatchback-like look, while a huge range of powertrains have been made available, including petrol, diesel, mild hybrid, full hybrid and plug-in hybrid. The new platform also resulted in improved handling and comfort, as well as extra interior space, with additional safety and tech added, too. All for upwards of around £24,000. 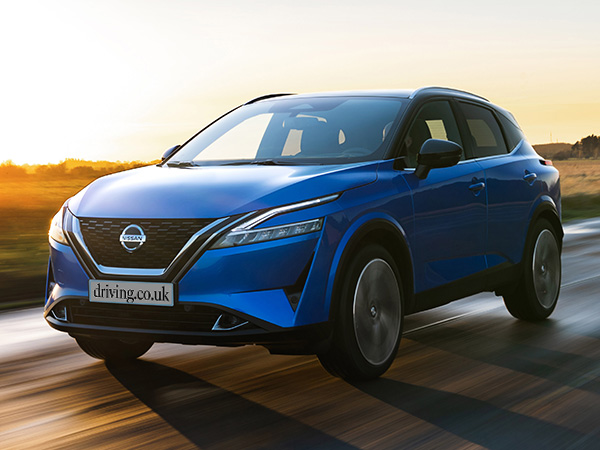 The British-built Qashqai has been the UK’s best-selling SUV for over a decade, with families loving its blend of technology, efficiency and affordability. The 2021 Qashqai has a sharper exterior design and even more tech, including a fully digital instrument display, advanced driver assistance features and new, stiffer underpinnings designed to accommodate even more economical mild hybrid petrol engines. 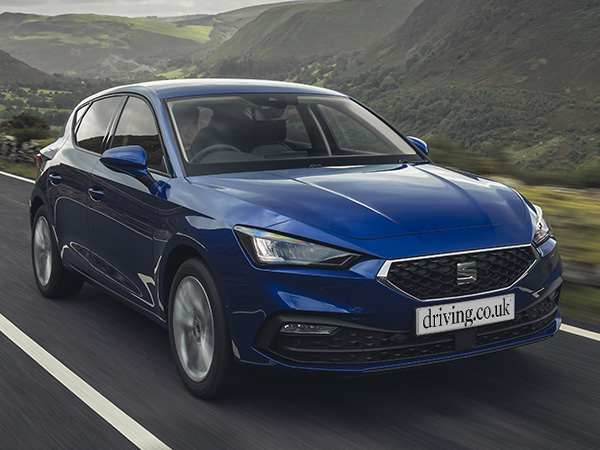 More affordable than a VW Golf and with more youth appeal than a Skoda Octavia, but with equally-pleasing dynamics and performance (they’re all based on the same Volkswagen underpinnings, you see), the Seat Leon deserves to be a bigger seller than it is. We like the well laid-out cabin, attractive bodywork and and frugal petrol engines. And there’s a plug-in hybrid version, too, which means the school run can be completed on electric power without using a drop of fuel. 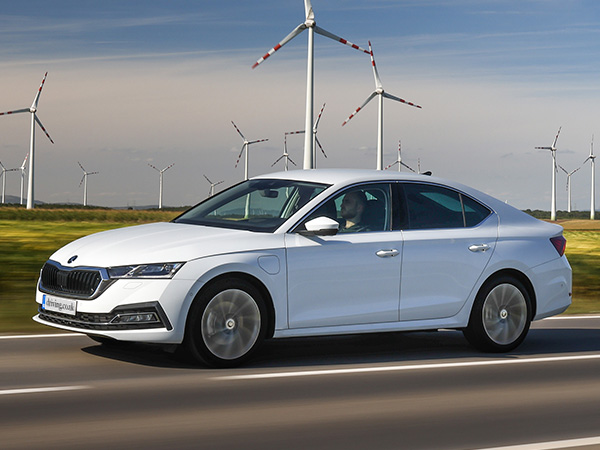 If the Leon is for youthful drivers, the Octavia is for those with practicality in mind. Its longer body means extra room in the back for the kids, while the rear hatch makes for easy loading and unloading. The estate version is incredibly roomy for a car in this class. Skoda boasts one of the better implementations of VW’s new touchscreen infotainment system, and the Octavia iV plug-in hybrid allows around 30 miles of electric driving, helping boost overall fuel efficiency while drastically cutting local emissions. 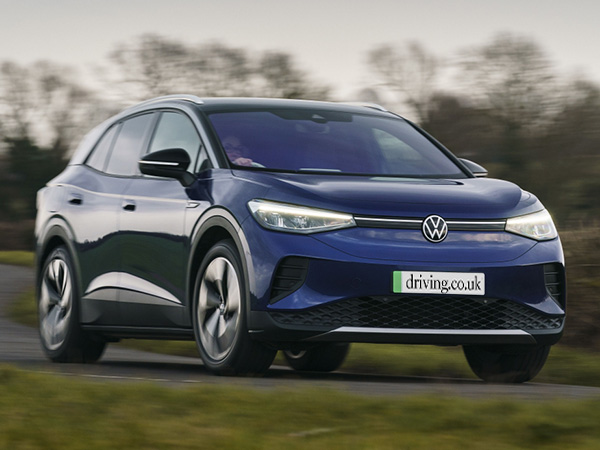 Volkswagen’s radical electric push was spearheaded by the ID.3 hatchback but the ID.4 has the potential to be the real winner for the German brand. Its extra height offers a more commanding view of the road and the larger dimensions mean more space inside for families. The electric platform mean it has an incredibly roomy cabin, in fact, and many buyers will be wowed by its futuristic control layout.