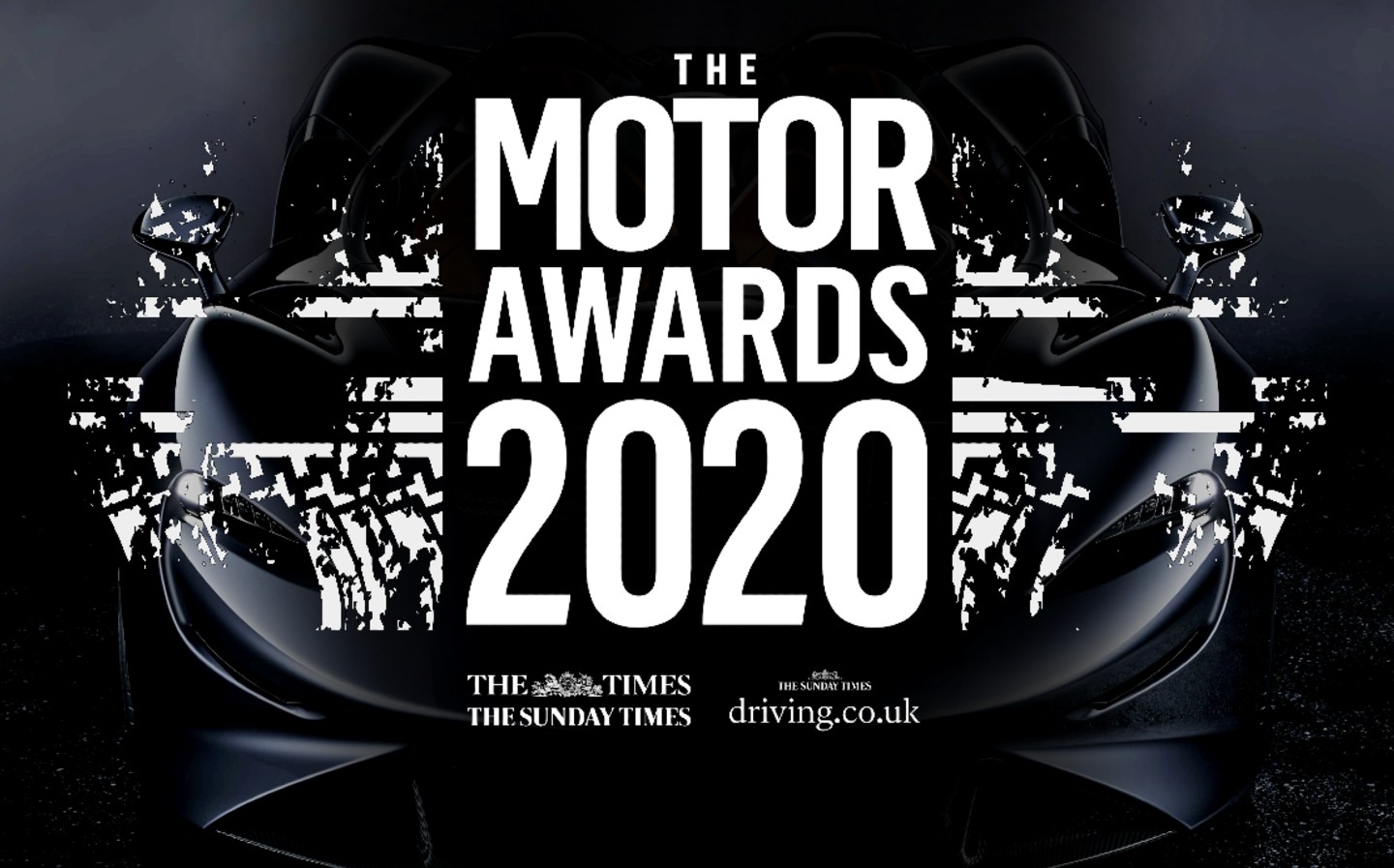 THE THIRD annual Sunday Times Motor Awards is here, and once again you can help decide the winners!

This year we want you to tell us what should win in two categories: the Best-designed Car of the Year and Best Dog-friendly Car of the Year. As usual our expert writers have made things easier by whittling down the options, and to help you pick the overall winner this year we’ve provided more information about each of the contenders than ever before. Read about each car below, then vote using the form at the bottom of the page.

Keep an eye out for the other categories and shortlisted cars in the coming weeks. 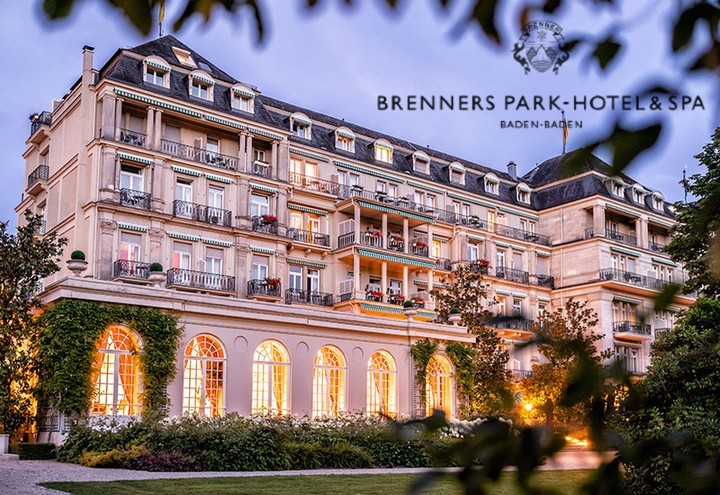 Once again we have a fantastic prize lined up for one lucky reader who votes in our awards: a three-night stay for two people at Brenners Park-Hotel & Spa in the picturesque Black Forest, Germany. 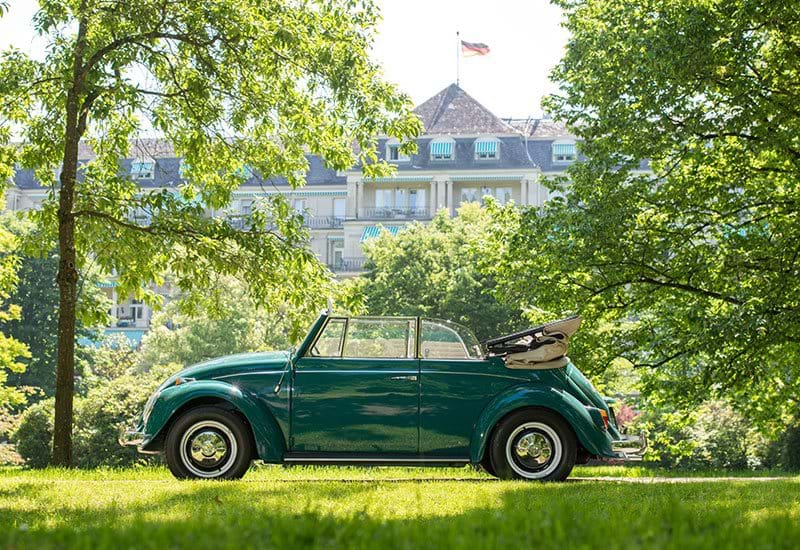 Guests will stay on a bed and breakfast basis, and the package includes one dinner for two at Fritz & Felix, winner of ‘Restaurant Within a Hotel – Europe 2019’ at The International Hotel & Property Awards, as well as a classic car experience through the Black Forest. A contribution of up to £150 per person will go towards flights from London Stansted to Karlsruhe / Baden-Baden, and return airport transfers are included.

Vote for your cars of the year

Simply click on the images below to select your favourite in the two categories, then enter your details and click submit.

If you need more info on each car, scroll down for why we’ve shortlisted them. Voting closes at midday (BST) on Monday, September 14, and the winner will be notified and announced on Driving.co.uk ahead of the full list of Sunday Times Motor Awards winners is published on Sunday, October 4, 2020.

Best Dog-friendly Car of the Year 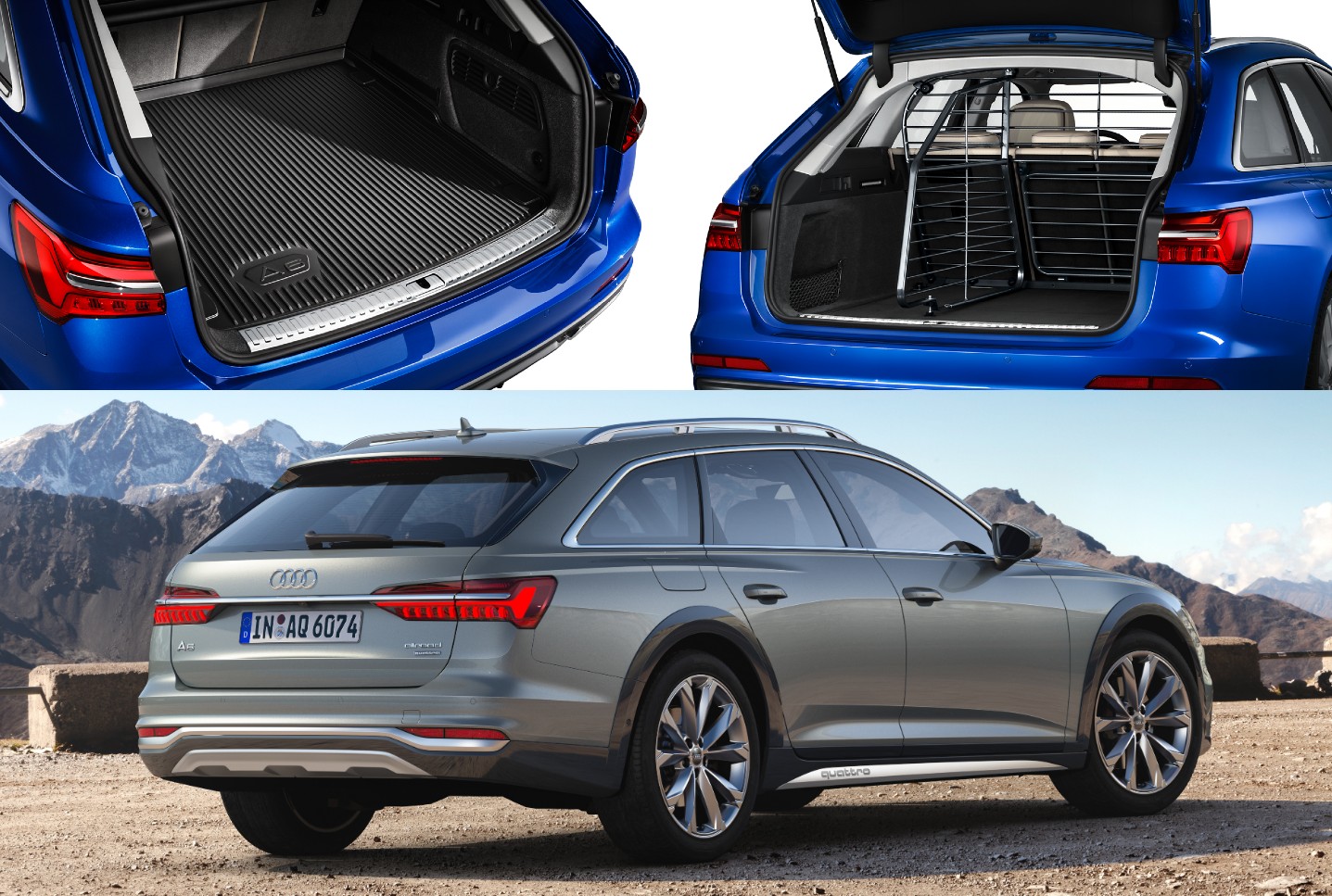 The Audi A6 allroad quattro is now 20 years old but the latest model, launched last year, brings it right up to date with sophisticated air suspension that can raise the body off the deck at the touch of a button, or drop it to help your dog get in and out. Being based on the A6 Avant estate car, its boot lip isn’t as far off the ground as an SUV, anyway.

Like the A6 Avant, it has a roomy boot, at 565 liters, plus an optional luggage compartment rubber mat or tray, or a cage that that not only divides the boot from the main cabin but can also split it into two sections. 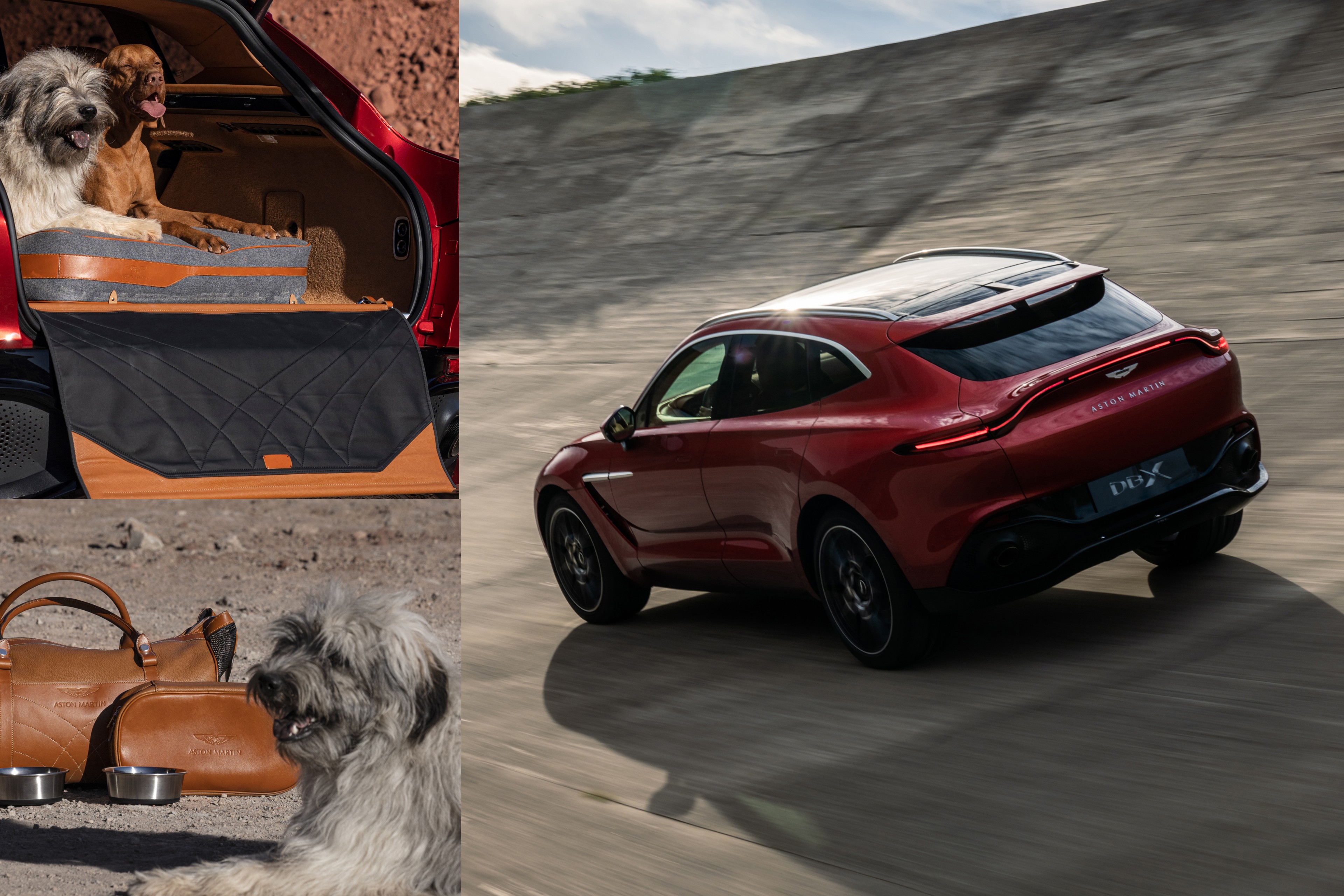 The DBX is Aston Martin’s first ever SUV, and brings with it not only the brand’s traditionally powerful engine (the same 4-litre, twin-turbocharged V8 engine found in DB11 and Vantage) but also a raised ride height and four-wheel drive, to allow the traditional sports car firm’s customers to cross new territory.

Dog owners will also love the 632 litres of boot fact that the air suspension can be raised and lowered at the touch of a button, and Aston offers a Pet Pack that includes a partition, portable washer, rear bumper protector and dog accessory pack. Of course, with prices starting at £158,000, only the most pampered pooches will be lucky enough to travel in such style. 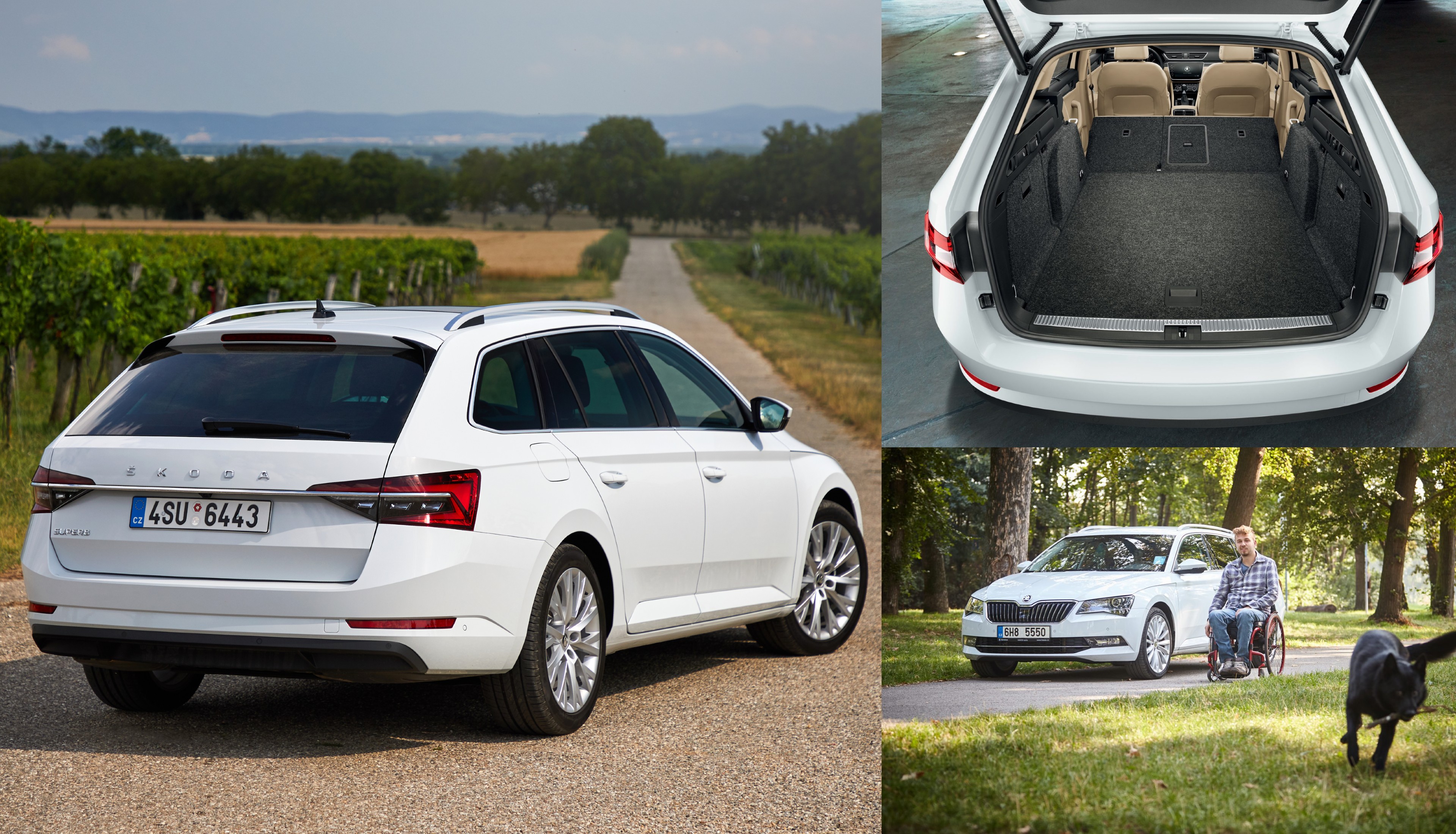 Skoda’s big estate car has always had a reputation for having one of the roomiest boots, and the new car is no exception with a cavernous 660 litres available, even with the rear seats in place. It also features handy “Simply Clever” features such as a rechargeable torch, reversible boot mat, which could make it easier to towel off your pooch in dying light, before it jumps aboard after a walk, and a 12V socket in case you want your pet to get cosy under a heated blanket.

For the owner, the Skoda Superb Estate offers a heap of room, too, as well as top notch build quality and luxuries at a (relatively) affordable price. 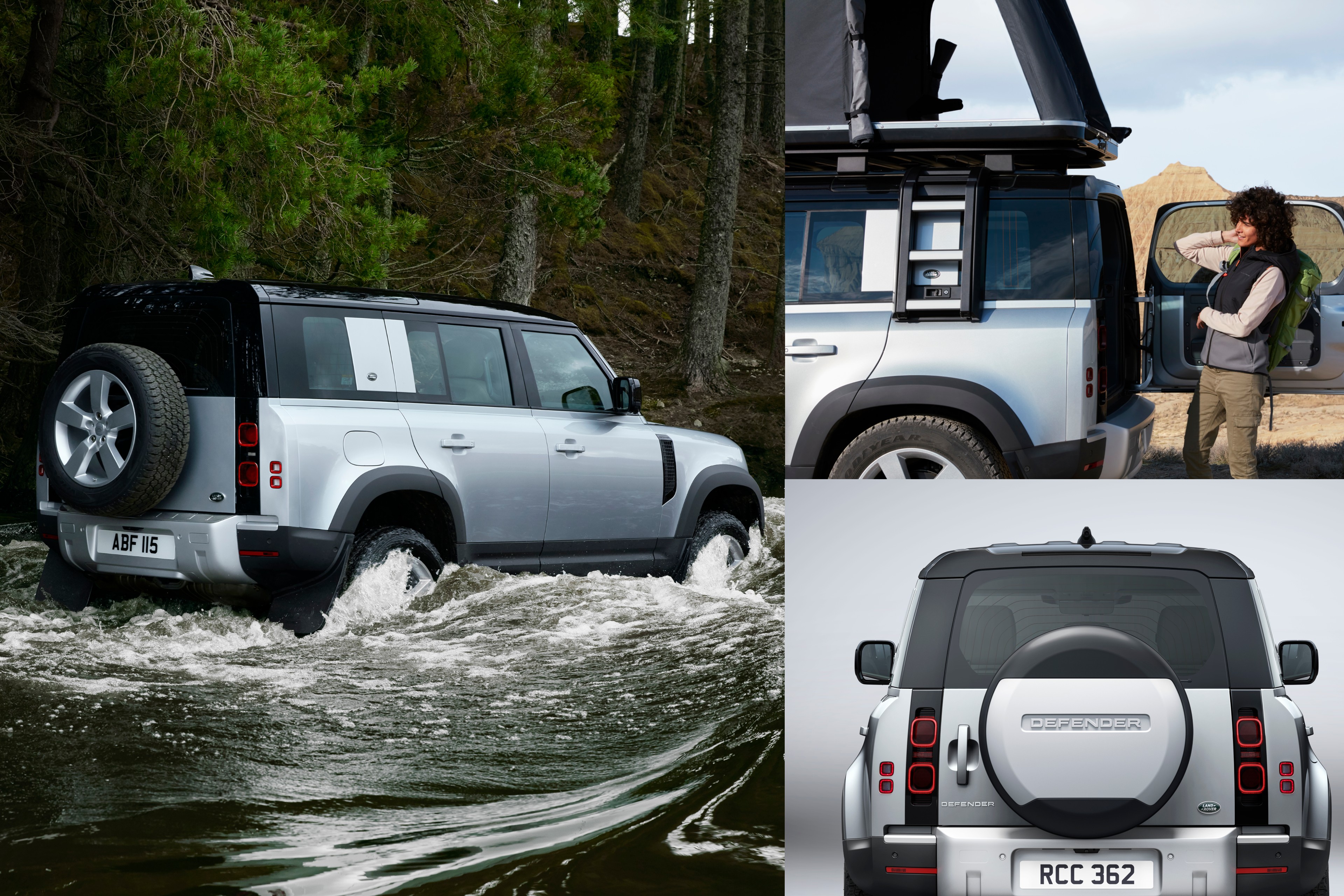 One of the most exciting new cars out there this year, the all-new Land Rover combines the hardy 4×4’s classic off-roading ability with modern safety, comfort and technology. With it you and your dog can reach the most extreme locations, allowing walkies in the most pictursque environments off the beaten track.

And if you thought the Superb Estate’s boot was massive, the Defender has it licked with 857 litres available. It’s higher off the ground than an estate but the air suspension can be lowered at the touch of a button to make it a little easier for Fido to get in and out. There’s a three-pin plug socket back there, too, so potentially you could deploy the hair dryer before letting them jump up. Then again, if you’re worried about a wet dog in the boot of your Defender, you’re barking mad. 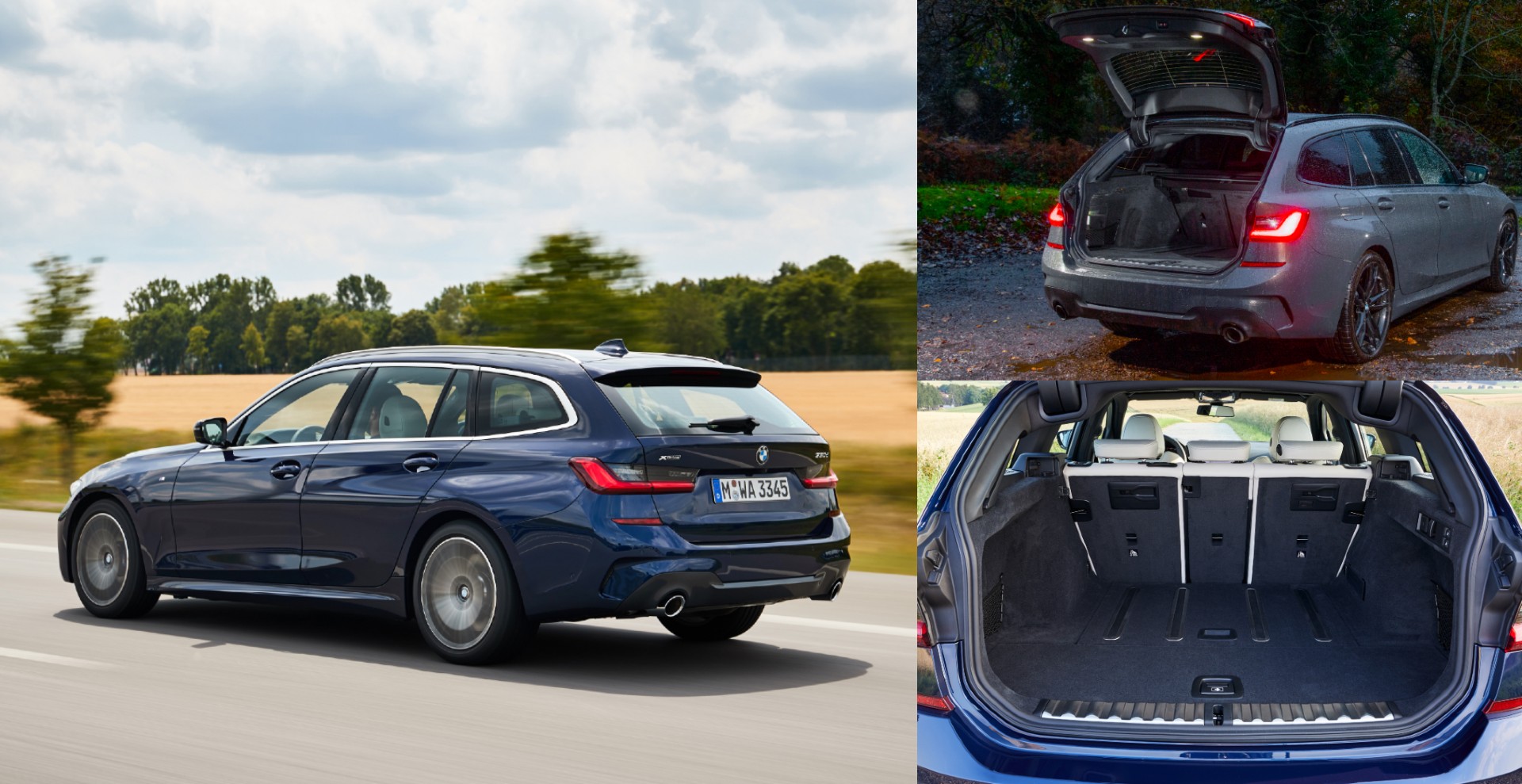 The new 3 Series is still the class leader when it comes to driving pleasure, but for your dog there’s also the promise of a smooth ride from the clever suspension system, a low lip for easy access, a 12v socket and numerous accessories to keep it tidy back there. The parcel shelf stores neatly under the flat floor, meaning it’ll not get chewed up by playful canines, and there’s 500 litres of space — which is not bad for a mid-sized estate. The 3 Series always stands out for its rear window, which pops open independently of the boot lid — perfect if you’re parked up at an event and want your dog to get some air while it takes a nap in the back.

It’s rear-wheel drive as standard but can also come with xDrive all-wheel drive, for extra grip on loose surfaces (check out what happened when we took one on deep snow), but it still has a rear-wheel bias. The 330d six-cylinder diesel engine is an absolute peach, too — powerful and smooth. 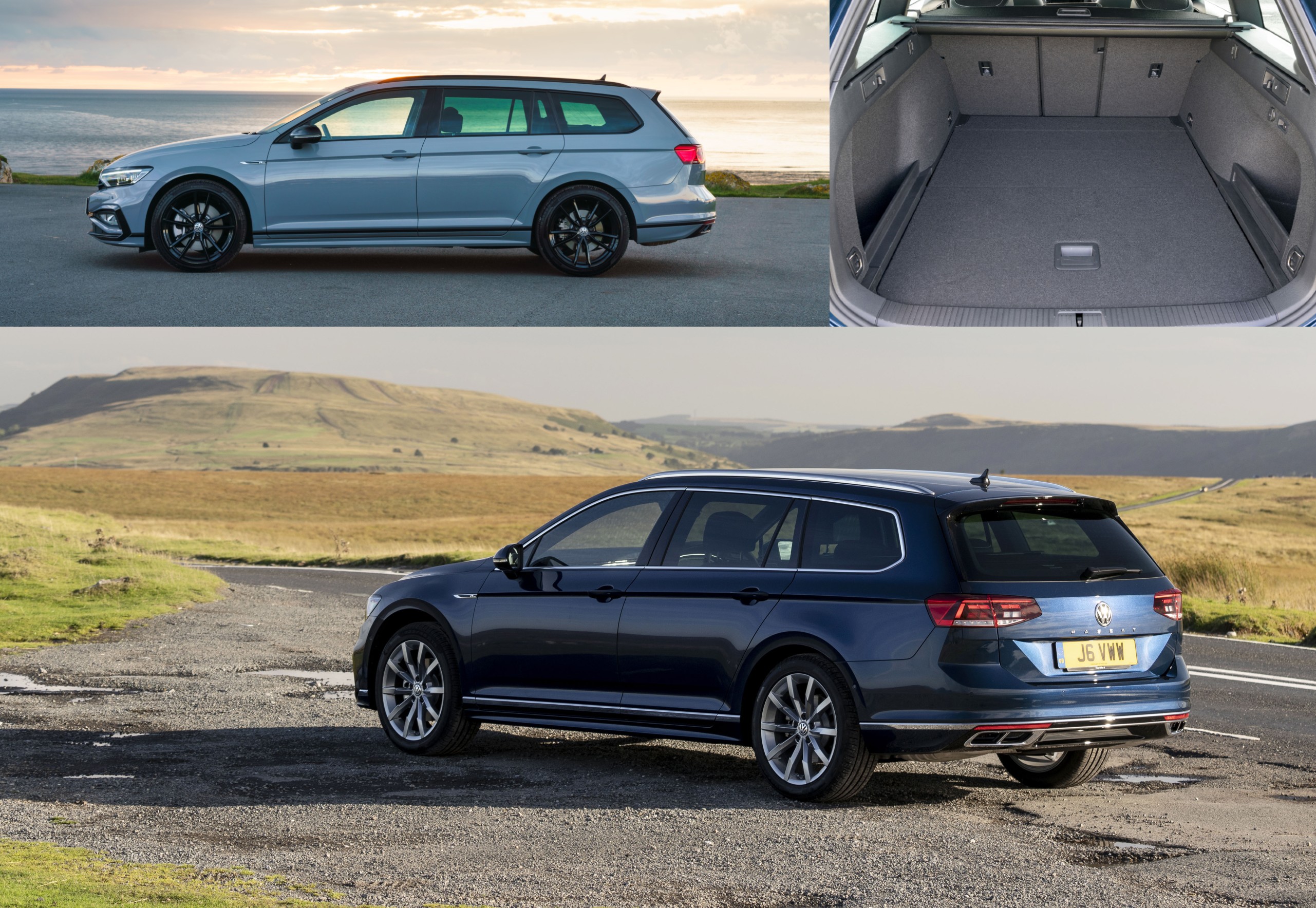 The Passat shares much with its Volkswagen Group stablemate, the Skoda Superb, though it does offer a slight uplift in design and desirability. Like the Superb there’s a whopping boot, with a usefully low lip, and the variable height boot floor (which comes as standard) will help dogs get in and out easily, with space underneath for treats and towels. An optional dog guard will keep your pet in place while the reversible boot mat can protect against muddy paws and sill/ bumper scratches from claws. 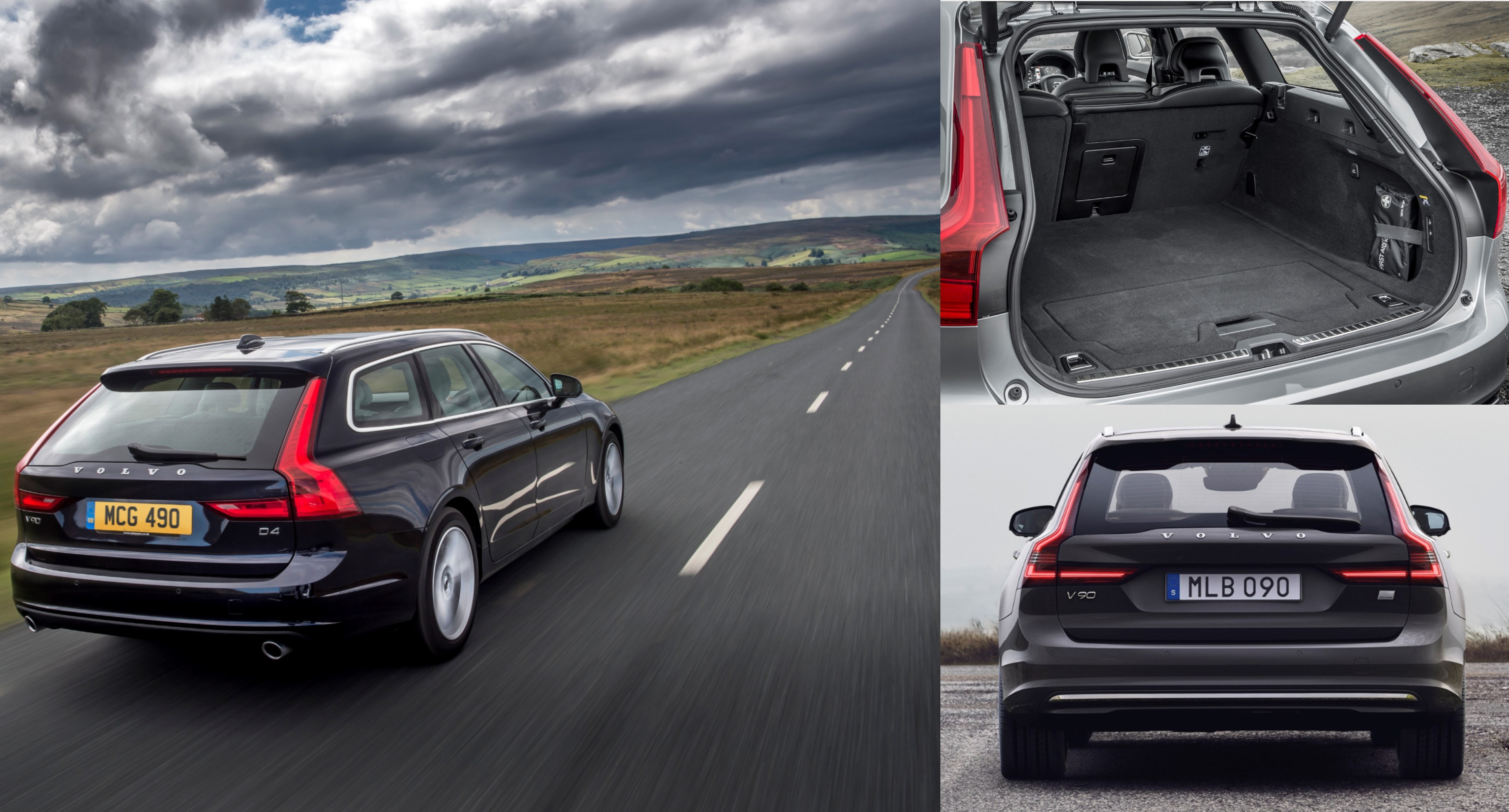 Volvo estates are no longer the go-to cars for ultimate boot space, though the Swedish firm’s largest offering still has a handy 560 litres behind the rear seats. And what it lacks in capacity, the new V90 makes up for in elegance and quality — this is one of the most attractive and calming interiors of any car on the market. What’s more, Volvo offers a plug-in hybrid version, meaning you and pup can glide to the woods serenely … and emissions free. There’s also a clever fold-up section of boot floor to use as a divider, which may help hold your best friend in place while on the move.

Best-designed Car of the Year 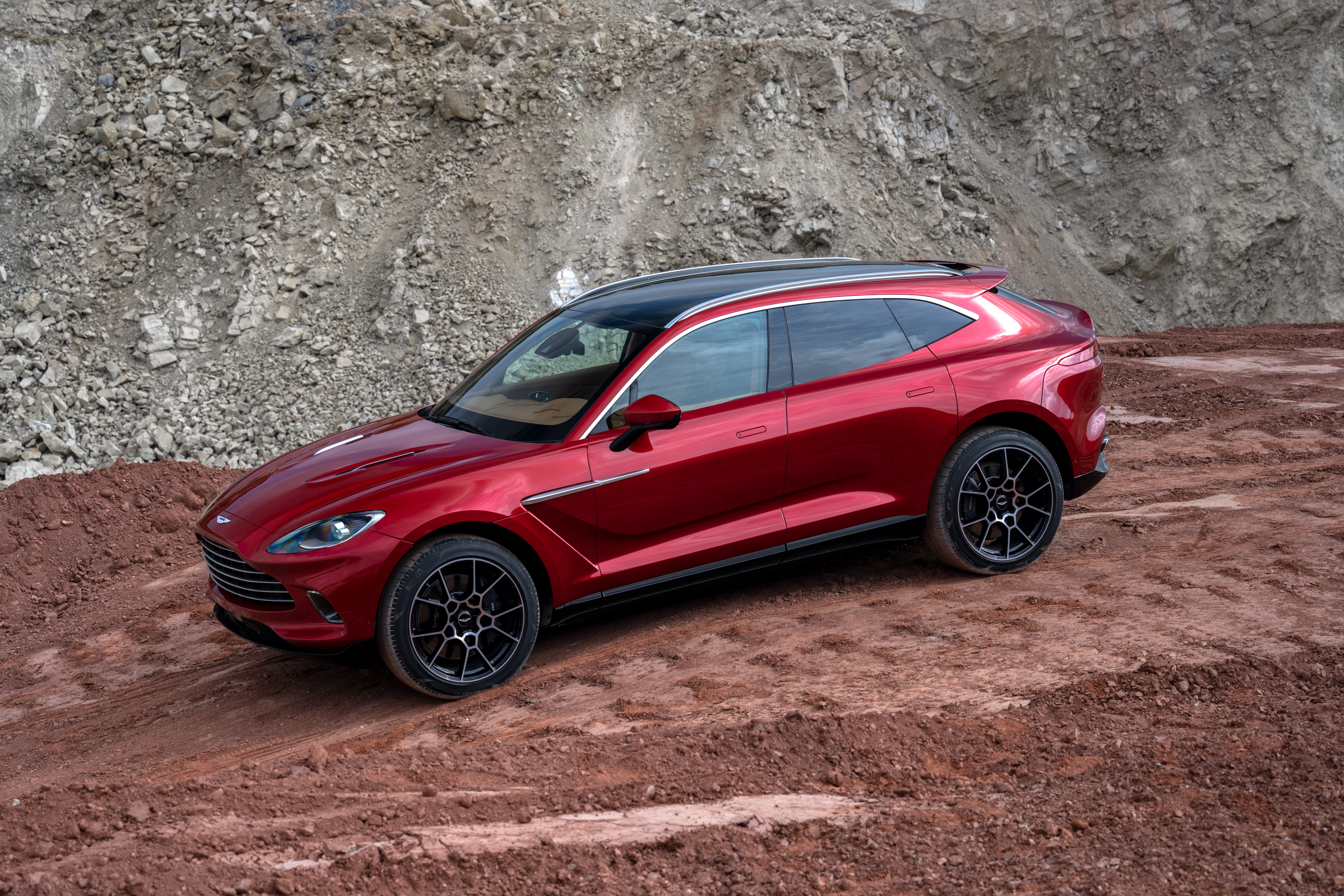 Making a large SUV beautiful is no easy task but Aston Martin pulled it out of the bag with the new DBX, its first ever entry into the market. The DBX manages to mix the high-riding, rugged stance with the brand’s characteristically sporty aesthetic and luxurious interior. Yet it’s still practical, with a 632-litre boot and class-leading space for front and rear passengers. 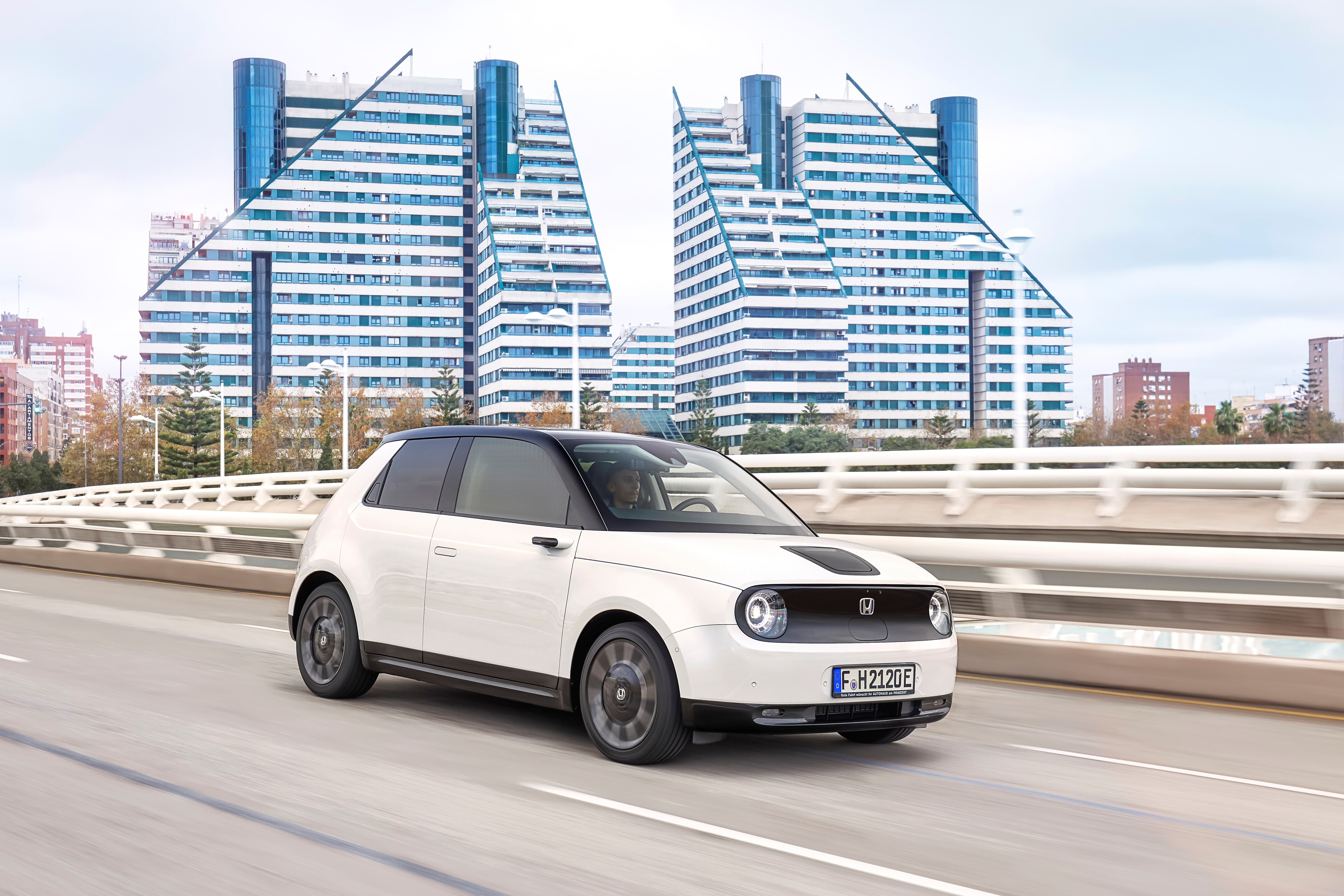 The prototype version of Honda’s Urban EV electric city car was the star of the 2017 Frankfurt Motor Show, and so popular that the Japanese car maker turned it into a reality with the Honda e, which arrived at the end of last year. The production model is less aggressive in appearance but still a remarkably fresh, exciting design, with a truly pioneering dashboard layout. Its compact dimensions belie a surprisingly bright, roomy cabin, too. 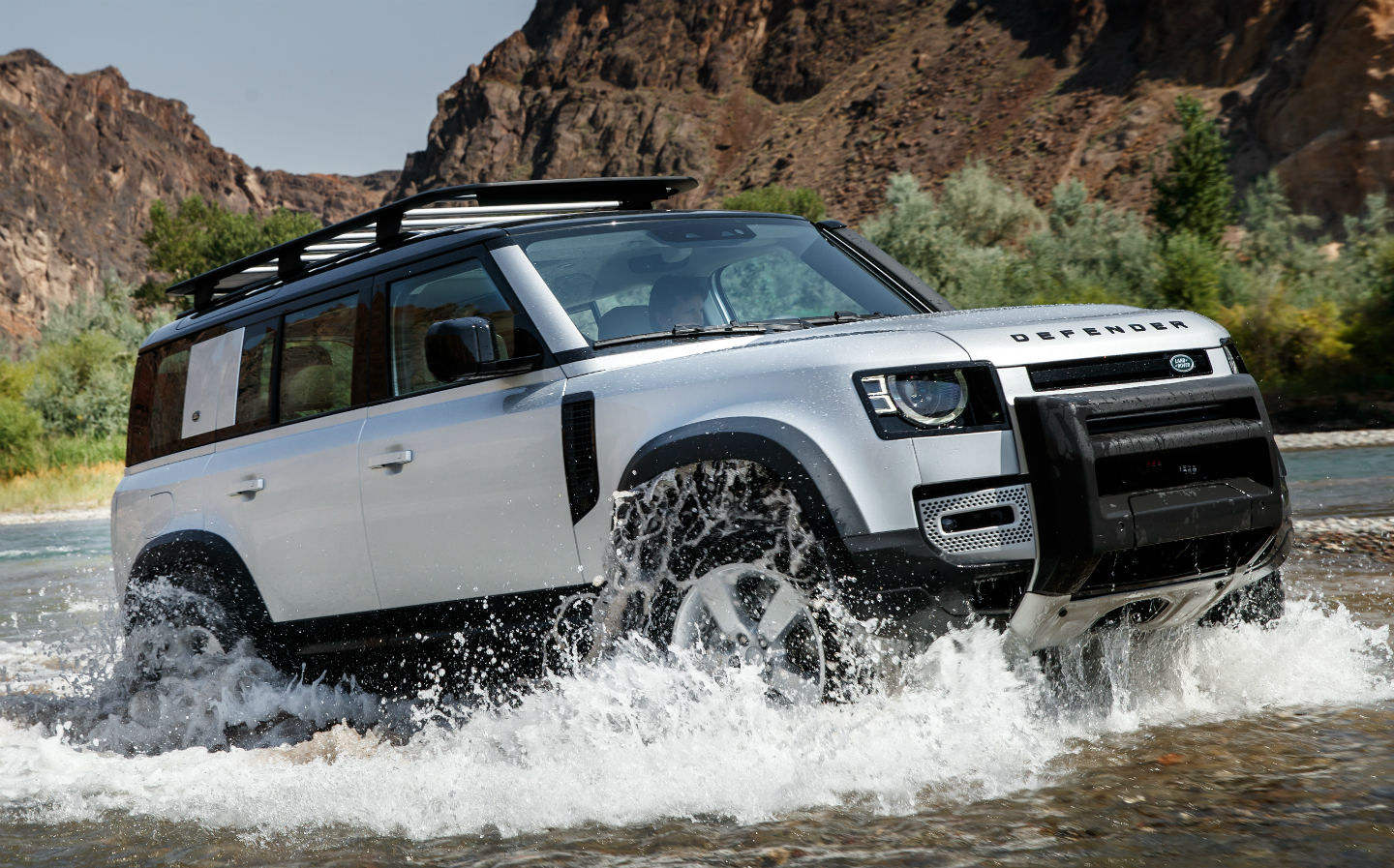 Like a difficult second album, creating an all-new Defender that meets modern safety standards yet still offers the Land Rover’s renowned versatility and tough-as-nails off-roading ability was always going to divide audiences. For our money the company pulled it off with spectacular success; even the traditionalists will struggle grumble at the way it looks — a brilliant modern interpretation of a design classic, in both 90 (three-door) and 110 (five-door) forms. The latest technology and yes, even a few luxuries, go hand in hand with its bold silhouette. 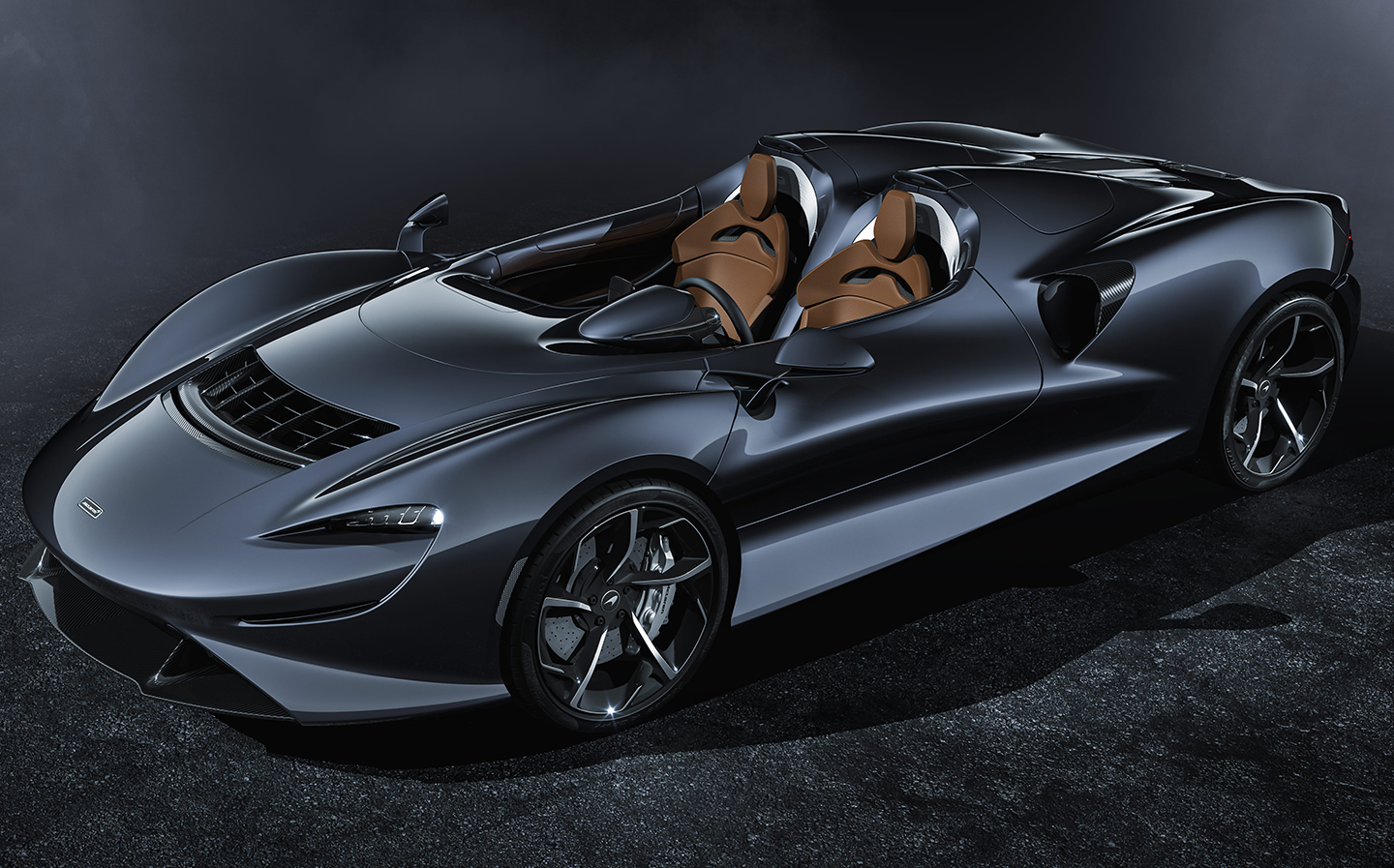 One thing that can’t said about McLaren’s recent design language is that it’s conservative. The British supercar brand’s bravest model of the last 12 months is this, the Elva, a car intended to “build the closest connection between driver, car and the elements”. It’s incredibly light and monstrously powerful, yes, but its standout feature is the windscreenless cabin — in place of glazing the Elva uses an active air management system to guide high speed air over the driver and passenger. This means, says McLaren, that “you get the full adrenaline rush, undistracted”. It’s also achingly beautiful. 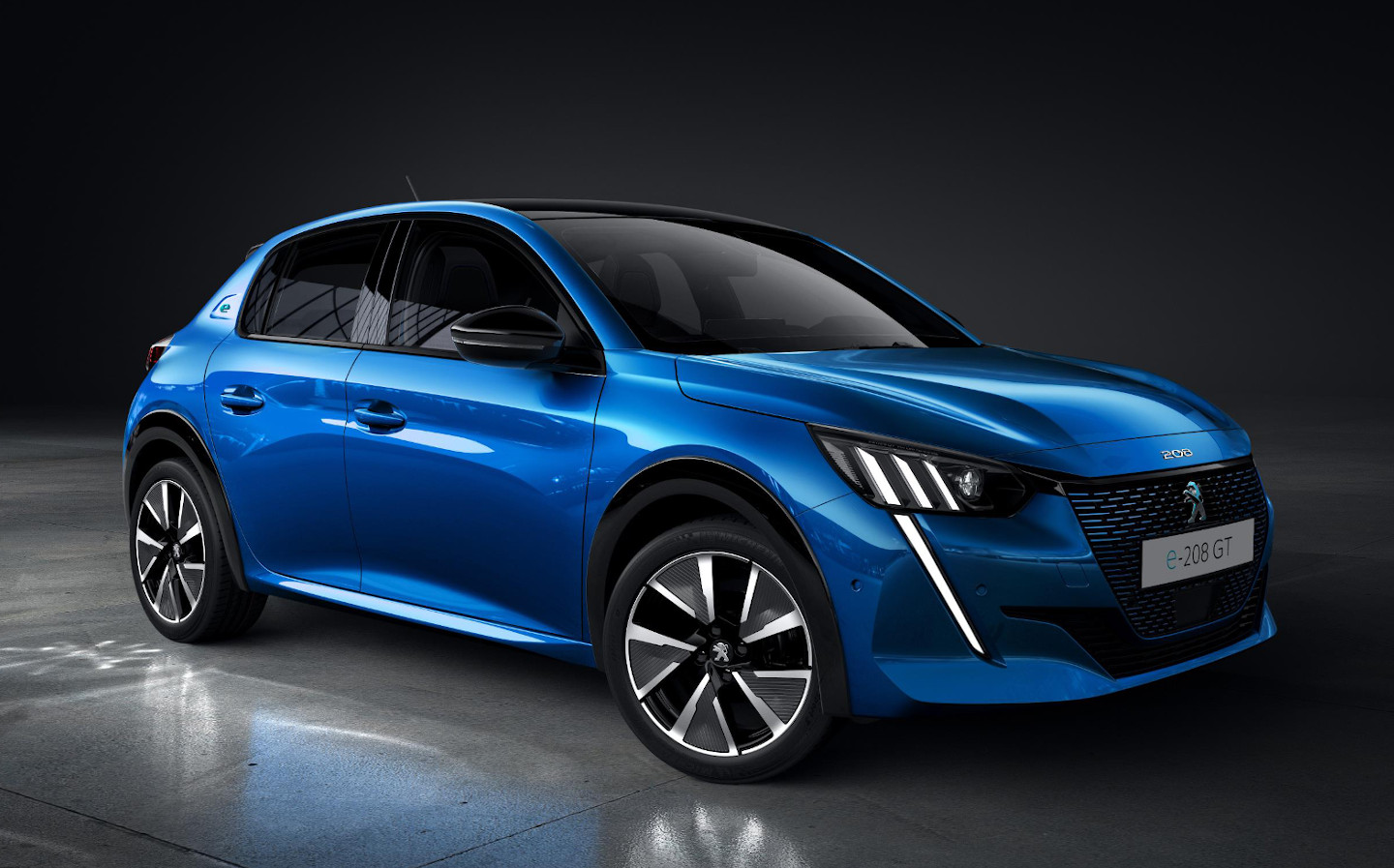 For a supermini to be able to hold its head high in this company is an achievement in itself, but the new Peugeot 208 (which comes in petrol, diesel and pure-electric forms) is here by rights thanks to a genuinely breathtaking exterior design that’s guaranteed to turn heads in any suburban playground. 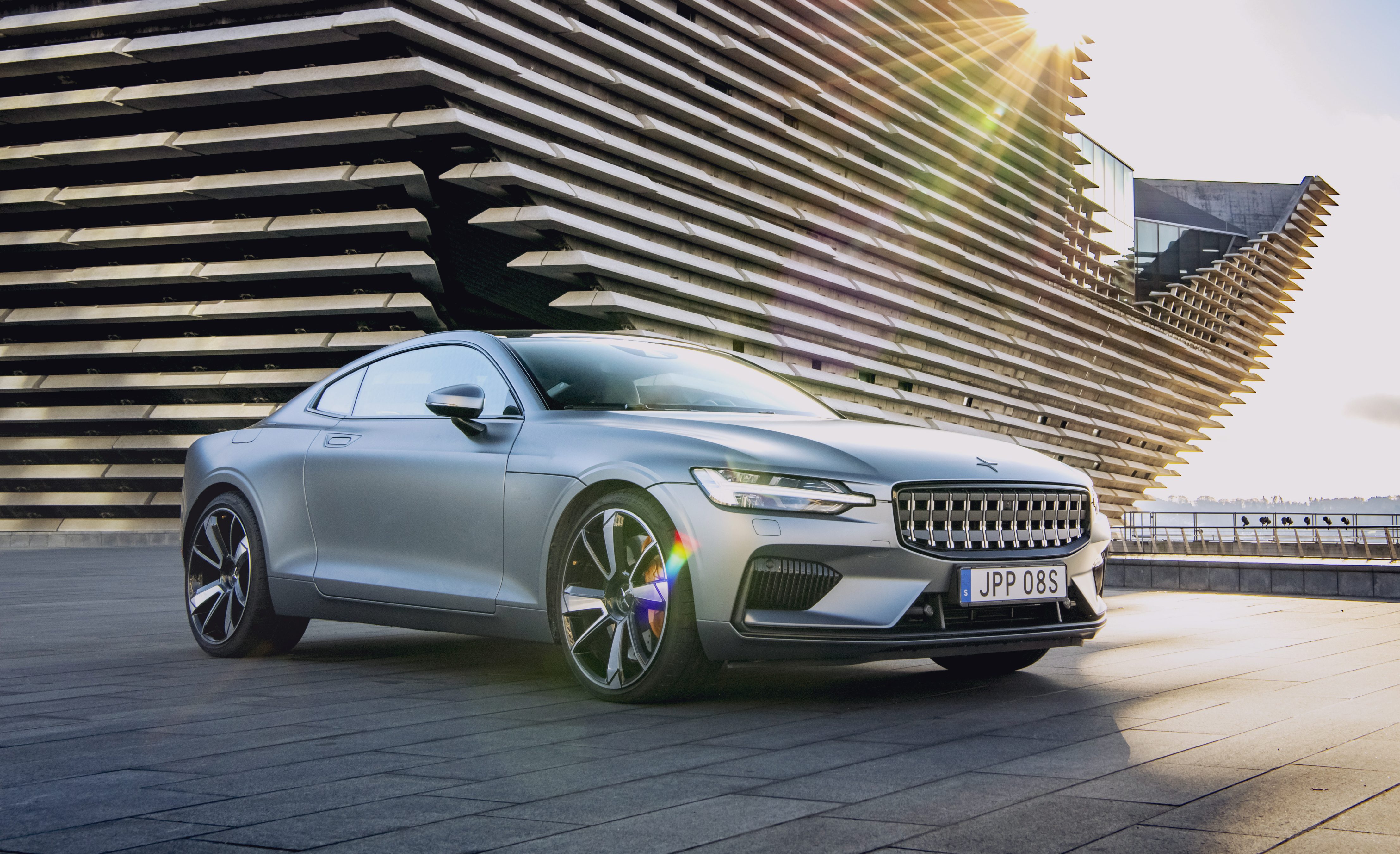 The first model from Polestar, now a standalone car company rather than a Volvo sub-brand (though still sharing technology) is a performance coupé with the latest plug-in hybrid drivetrain at its heart. But it’s also one of the most sublime designs of any executive car on the road, perfectly conveying its core attributes of grace, elegance and power.