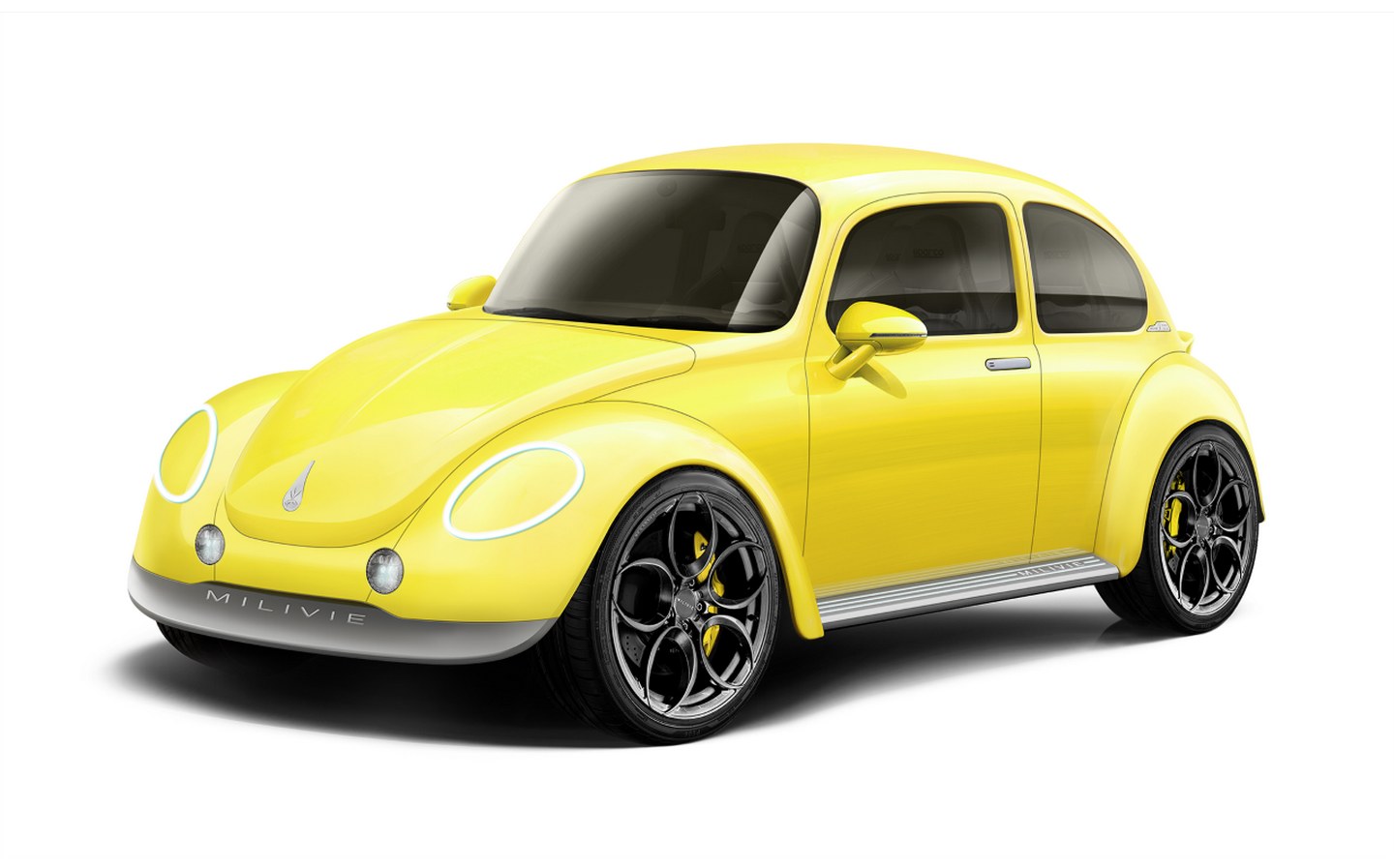 A new German automotive start-up has revealed details of a thoroughly modernised Volkswagen Beetle restomod, taking Ferdinand Porsche’s original “people’s car” and turning it into something quite a lot more exclusive — and pricey.

Milivié is the brainchild of engineer Jonathan Engler, whose vision is “to celebrate extinct German automotive icons and discreetly re-engineer them anew to unimaginable standards.”

Each Milivié 1 starts with a hand-picked 1970s Beetle 1303 as the donor car, though once the company has done its work, only the basic bodyshell and floor panels remain, and even these bear little relation to their original form.

The first thing to notice about the Milivié is the eye-catching body, which, while still Beetle-shaped, features a large number of modifications in tune with a more modern design language. Gone, for instance, is all of the chrome and any of the styling elements — including the bumpers — that would mark the Milivié out as being modelled on a particular era of Beetle.

The designers have moved the bonnet forward by eight centimetres and in doing so have created a more aerodynamic shape with a slightly lower nose that better complements the cleaner, revised lines of the new wings and the turned-out edges of the wings and bumpers. These combine to give the Milivié a lower, wider stance.

Along the side, the chrome door handles have been replaced by units flush with the body, while at the rear, the engine cover gets a little ducktail spoiler (featuring a third brake light), à la Porsche.

Perhaps appropriately given its origins, there’s plenty of Porsche influence both visually and mechanically in the Milivié. Probably the most noteworthy part of the body is the flush lighting, inspired by the Porsche 718 RSK racing car of the late 1950s (below).

Although retro in their inspiration, the ring-shaped headlights are particularly contemporary, as are the thin horseshoe-style rear lights that provide a minimalist echo of the “elephant foot” originals.

The whole package sits on a visually enormous set of 19in alloy wheels inspired by sixties five-spoke designs but, like the rest of the car, with a distinctly modern twist.

The interior, again, owes little to the old Beetle, with the driver’s 12.3in instrument cluster and the 12.3in infotainment display merged into one double screen spanning more than half the width of the dashboard and sitting in a pianowood housing.

The display can be configured in different ways including one that mirrors the analogue displays of the original Volkswagen, replete with a digital rendition of an analogue clock. Unlike the original, the interior features four individual heated bucket seats, their structures made from a carbon-fibre honeycomb, as well as wireless phone charging and USB ports.

While there’s been a surge in popularity for EV-converted classic Beetles of late, Milivié has gone in quite the opposite direction. The company has used a petrol engine based on Volkswagen’s original block, but increased to 2.28 litres and fuelled by twin Weber carburettors. As well as a much larger cylinder bore, the block has been treated to expanded oil channels, two oil pressure regulating pistons and a freer-flowing stainless steel twin exhaust.

Power is sent to the rear wheels via a ZF automatic transmission sourced from a Porsche 911, but adapted for use in the Milivié. The gearbox is controlled by the company’s own hardware, meaning that drivers can choose Sport mode for more enthusiastic driving in addition to a setting for more sedate motoring. There’s also the option of a manual mode in which drivers can change gear themselves.

Because of the extra power, it has been necessary to rework the Beetle’s chassis, suspension and brakes. Following its arrival at Milivié’s workshop, the chassis and suspension are stripped down and rebuilt using fully independent double wishbones front and rear and bespoke springs and dampers. The rest of the suspension set-up is then tuned to the owner’s preference in terms of height, toe and camber to best suit their driving style.

The brakes are massively upgraded, too, with discs all round and six-piston calipers up front and four-pots to the rear.

There’s clearly a huge amount of hand-built engineering that goes into the Milivié 1 (over 1,000 hours of work according to the company) and that’s something that’s reflected in the eye-watering price — €570,000, or about £486,768 at today’s exchange rate.

For that money, however, buyers can get their hands on a true one-in-a-million car. Volkswagen, throughout the car’s 75-year life, built not far off 22 million Beetles; Milivié will build just 22.