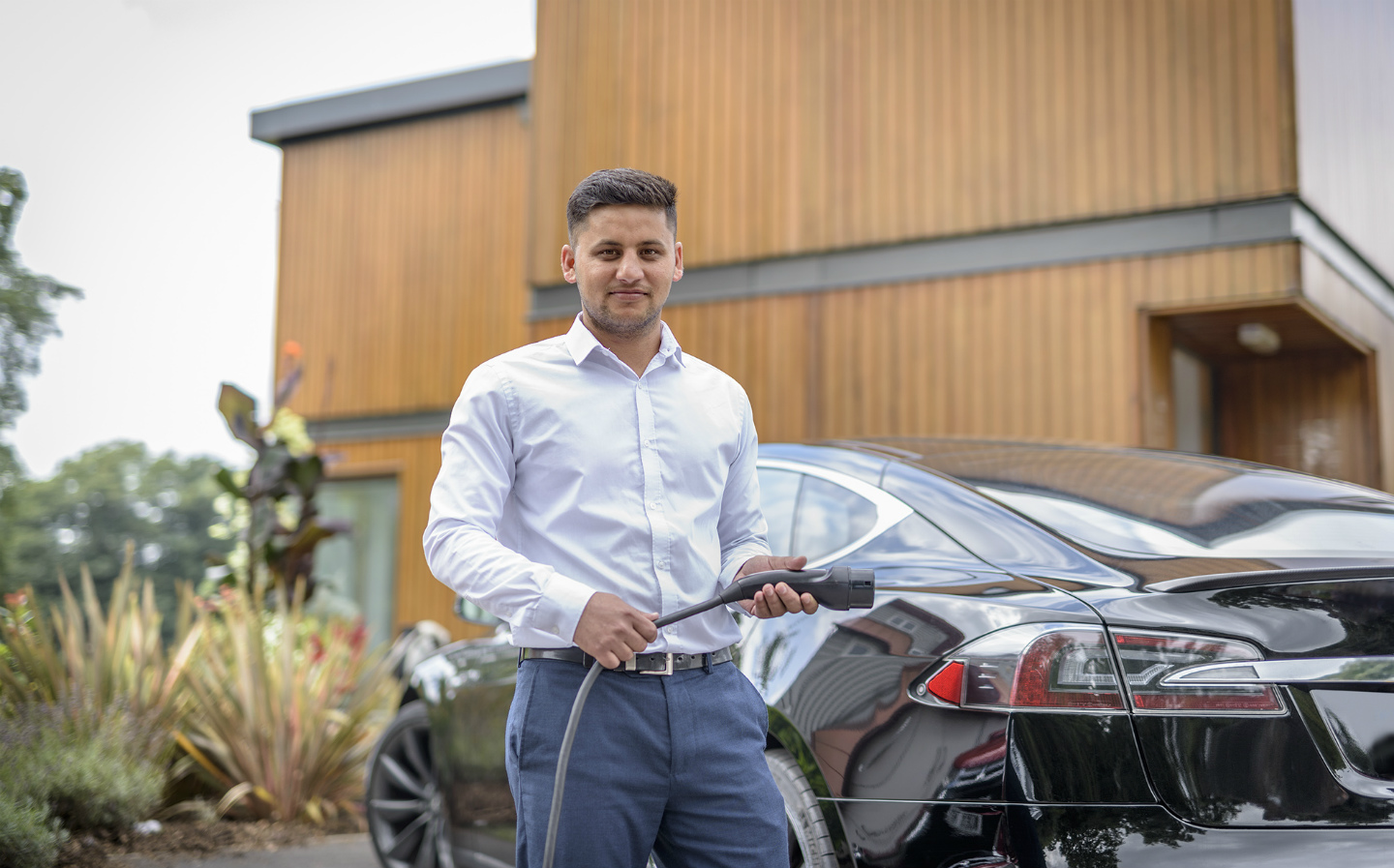 THE MIDDLE classes are driving demand for electric cars – but have nowhere to charge a battery.

Four in five drivers earning more than £45,000 a year say they are preparing to switch away from diesel or petrol in the next two years, as doctors, lawyers, IT professionals and teachers express a desire to ‘do their bit’ for the environment.

Two thousand motorists were asked what type of car they would buy in 2019, with 16% saying they would purchase a hybrid or electric car. Yet a third would have to drive 10 miles to reach their nearest charging point.

They survey was carried out by carwow.com, a car-buying website, which currently sees someone search for hybrid or electric models every three minutes.

Nearly half of those expressing a desire to do their bit highlighted running costs as a significant influence; 45% of those surveyed believed it would be cheaper to fuel and maintain an electric vehicle over a long term ownership period than petrol or diesel. A quarter of drivers said buying a petrol or diesel model is now a bad investment following the imposition of clean air taxes in many parts of the country.

However, the lack of charging infrastructure is a potential stumbling block. Only 2% of those who already drive an electric vehicle have a dedicated charging point at home. Of those surveyed, 30 per cent reveal they would need to travel up to 10 miles to use a public charging point whilst two thirds of drivers yet to take the jump to electric or hybrid admit they do not know where their nearest charging point is.

More men (20 per cent) than women (13 per cent) are preparing to switch to an electric or hybrid car. And London and the UK’s big cities dominate the interest in alternative fuels, with one in four buyers from London, while seven in 10 sales are in urban areas.

Hybrids, such as the Toyota Prius, are more popular than purely electric cars with UK buyers, with almost two thirds of new generation vehicles being hybrid.

The top hybrid and electric models based the website’s online searches are the Nissan Leaf (9%), Mitsubishi Outlander (8%), Renault Zoe (8%) and Toyota Yaris Hybrid (5%).

Andrew Hooks, COO of carwow, says: “There have been scrappage schemes for really old cars, but the government must do more to push electric and hybrids as the choice of the future, including further grants to make it more affordable for squeezed motorists.

“The desire to be ‘green’ is clearly there among drivers, but the public needs to be confident that the infrastructure is there to support an explosion of alternatively-fuelled vehicles on the roads.”

Time to ditch diesel? Comparing the costs of driving a hybrid, plug-in hybrid or electric car