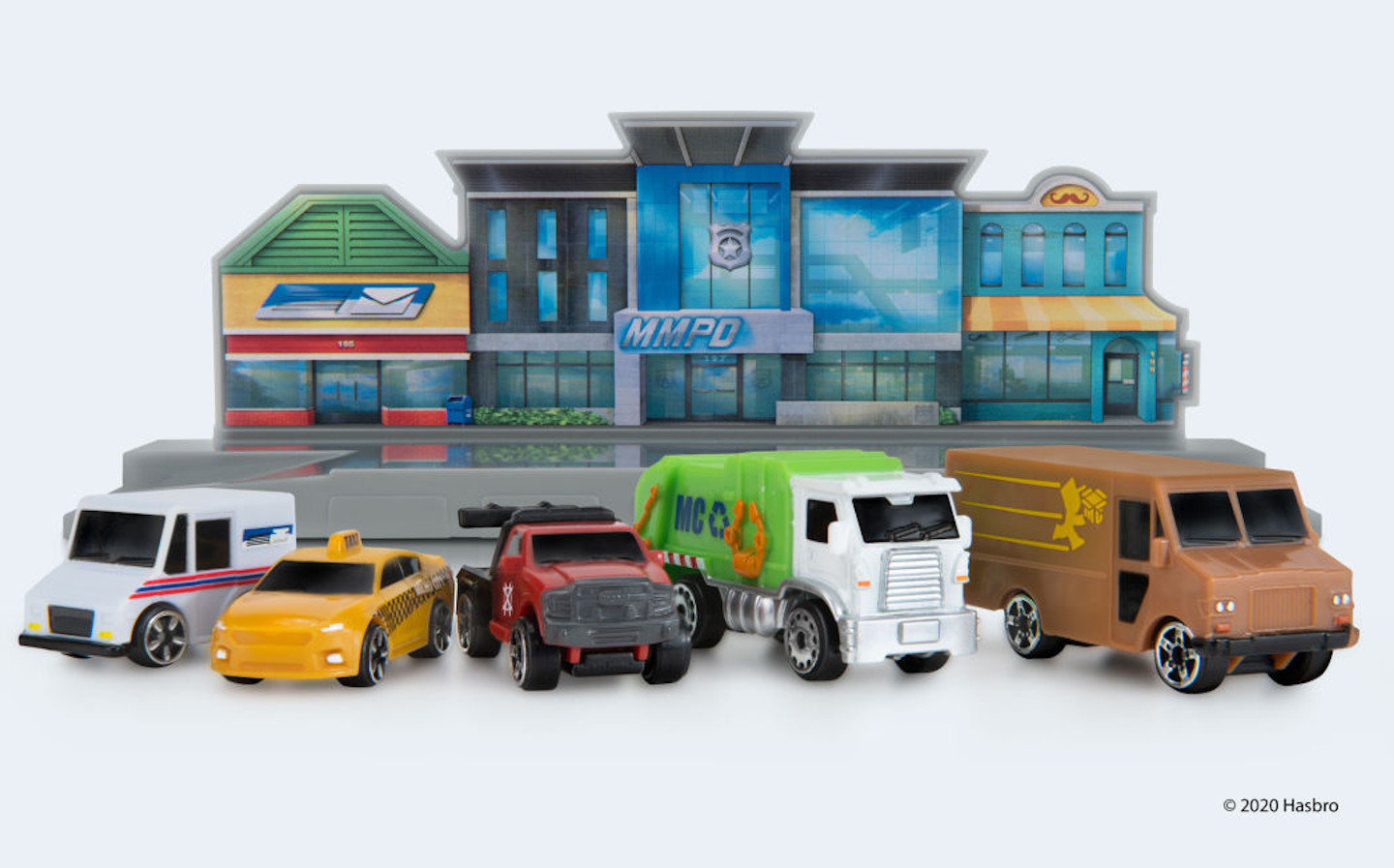 EVERY GENERATION has era-defining toys. Your eyes may widen at the mention of Cabbage Patch Kids, Captain Scarlet, Yu-gi-oh! Cards or Tamagotchi, but for car-loving millennial there’s one that stands out among the rest: Micro Machines.

The small and inexpensive toys, which were first introduced in 1988, were something of a phenomenon among children in the late eighties and nineties, with sales at one point outstripping those of Hot Wheels, Matchbox and Majorette combined. They’re now being re-introduced by Hasbro and Jazwares.

It’s been announced that both individual cars and full play sets are now available at Walmart and Target in the US, though it’s as yet unclear whether or not the toys will reach UK shores (Driving.co.uk has contacted Hasbro to check).

Micro Machines were originally distributed by Galoob, which was absorbed into Hasbro in 1998. Hasbro is responsible for the production and distribution for nearly all of the toys that have defined childhoods for the last 30 years, holding distribution rights to Action Man, Easy-Bake Oven, G.I. Joe, Mr Potato Head, My Little Pony, Nerf guns and Transformers, among others.

At its peak Micro Machines included hundreds of varieties of cars, boats, trucks, planes, motorcycles and play sets, including special editions carrying the name of Star Trek, Indiana Jones and James Bond. Part of the appeal for children was collecting favourite models and swapping less appealing models with ones from friends’ collections.

Most toys were officially licensed versions of actual vehicles, encompassing everything from everyday classics like the VW Golf and Citroen 2CV to more outrageous prototypes like the Alfa Romeo/Bertone designed Bat concepts. For the most part, models were around a 1:150 scale model of the real thing — meaning a standard one measured about 3cm bumper to bumper.

Thanks to the volume at which they were produced, most Micro Machines haven’t rocketed in value in the same way as things like vintage Hot Wheels, with most old Micro Machines valued somewhere around or below their original retail price. Some models, however, including Mustangs and Corvettes, can afford a moderate premium.

Some of the licensed Star Trek sets, meanwhile, can go for over $300 (£228), while prototype cars that weren’t released to the public can go for over $100 (£76). Time will tell whether or not classic toys will increase in value as new ones become available.

Revivals of Micro Machines have been attempted before, once in the early 2000s to little success, and once to coincide with the 2015 release of Star Wars: The Force Awakens.

The newest revival, however, seems to be sticking with the tried and tested formula that made the toy so popular in the nineties. This includes packaging the tiny cars in a similar way as they were presented when they were first introduced. It also spells the release of an updated version of the popular Super Van City, a motor home that unfolds to reveal a tiny city complete with a drag strip and other little areas to drive your little cars.

There are downsides, however. Reportedly, none of the cars will be tiny, licensed versions of models from actual brands, which is one of the reasons the original iteration of Micro Machines was so popular a few decades ago. Hopefully, if the revamp is successful, this can be revisited.

On the upswing, prices start from $1.99 (£1.50) for a single car and rise to about $49.99 (£40) for the Super Van City set, which compared to some automotive toys released, such as the admittedly much more complex Lego Lamborghini, is fairly reasonable.

Whether or not Micro Machines will apply to kids more used to Angry Birds than Action Man is unclear — but if you have a young child, you at least have an excuse to buy a Micro Machine and then organise your own swap club with work colleagues.

Delight your children with the Bugatti Baby ride-on toy car — for a mere £26,000+