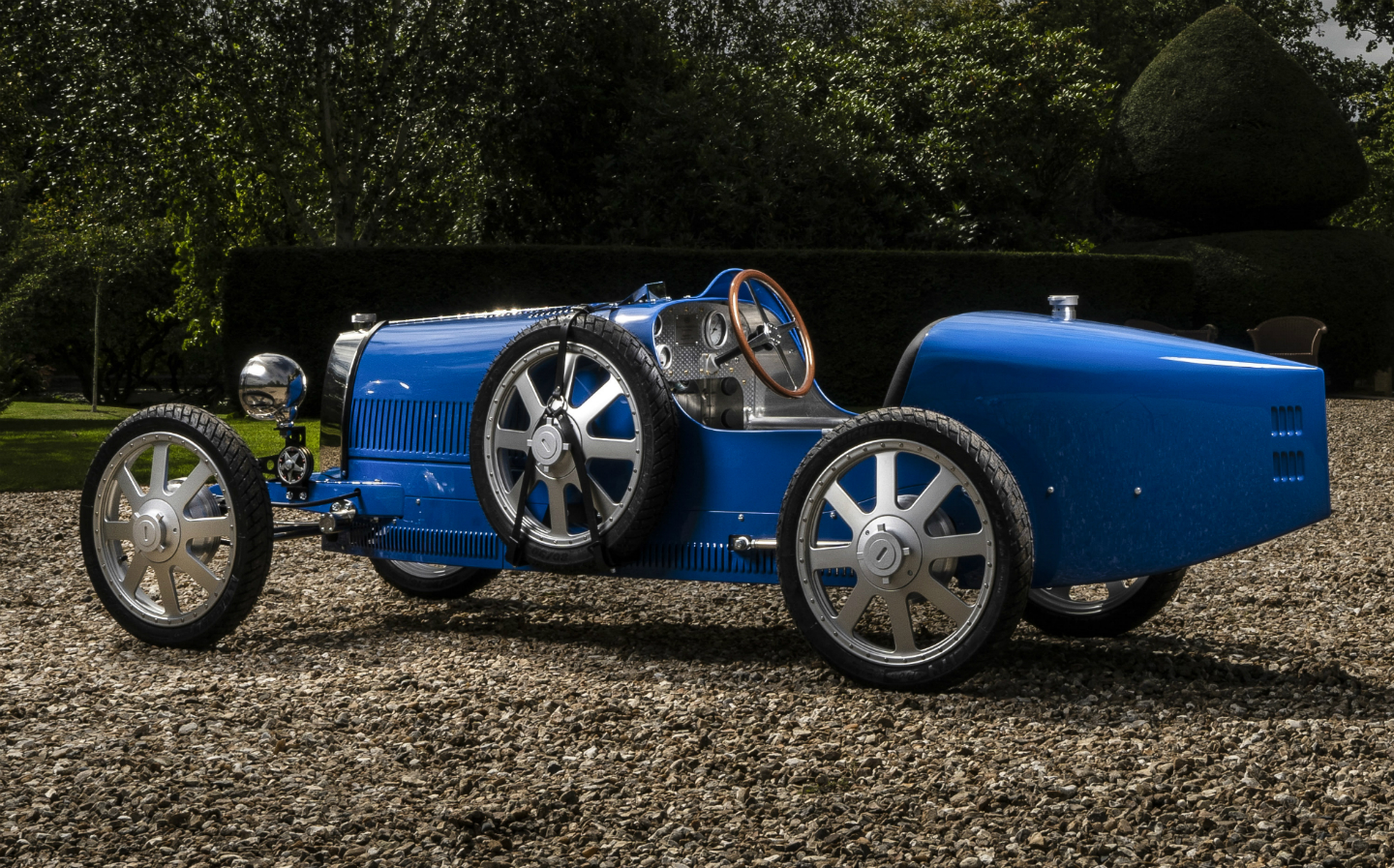 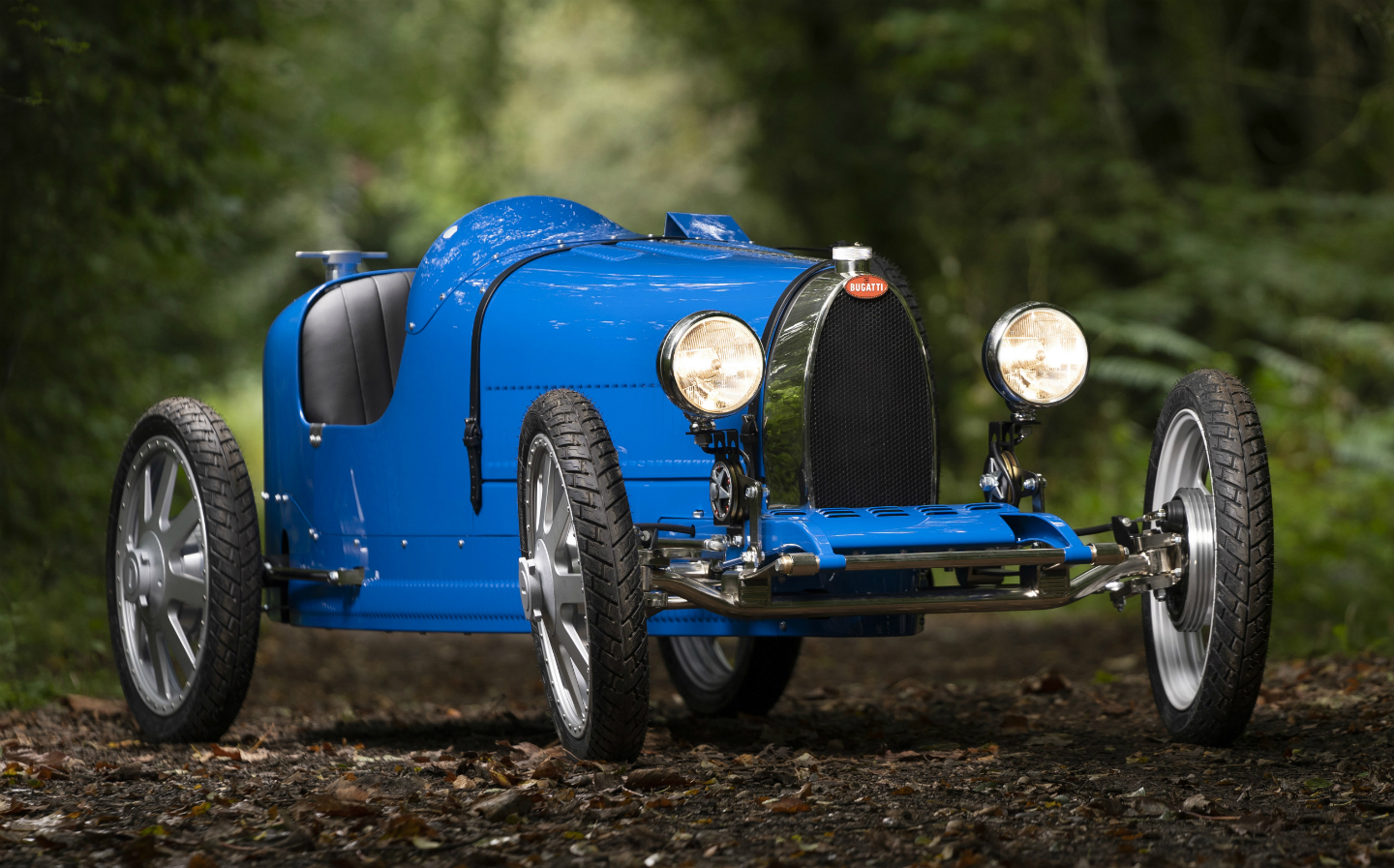 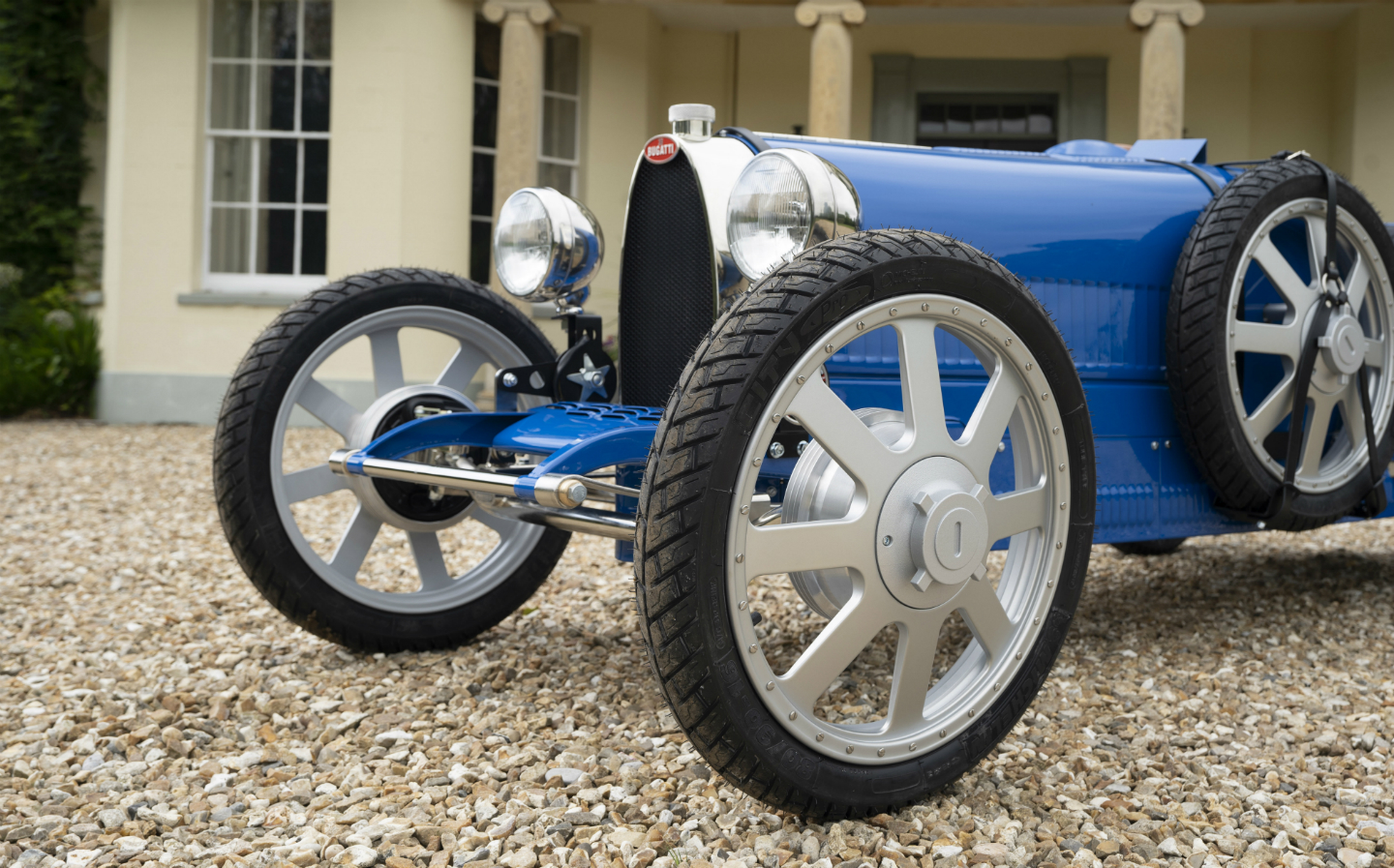 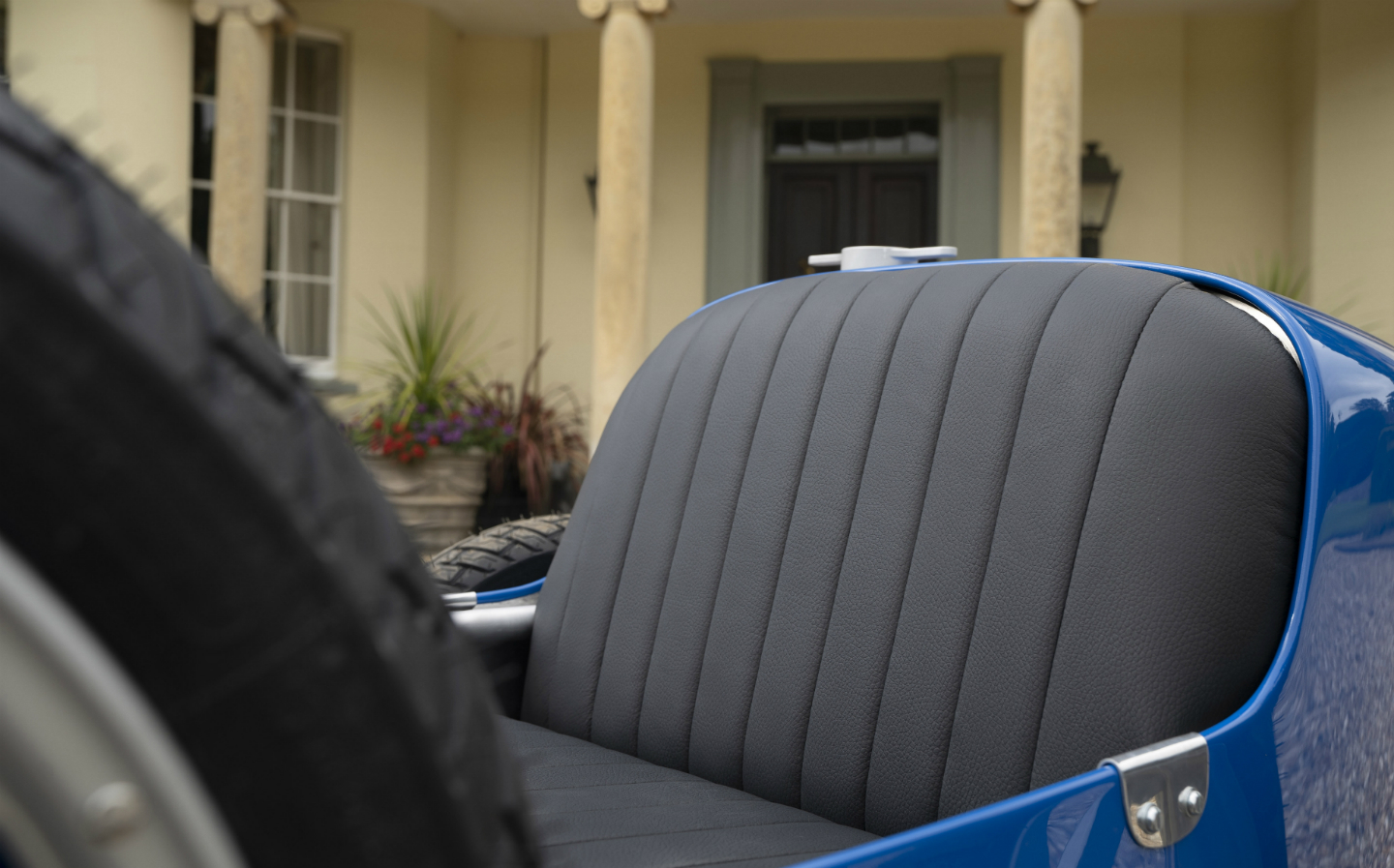 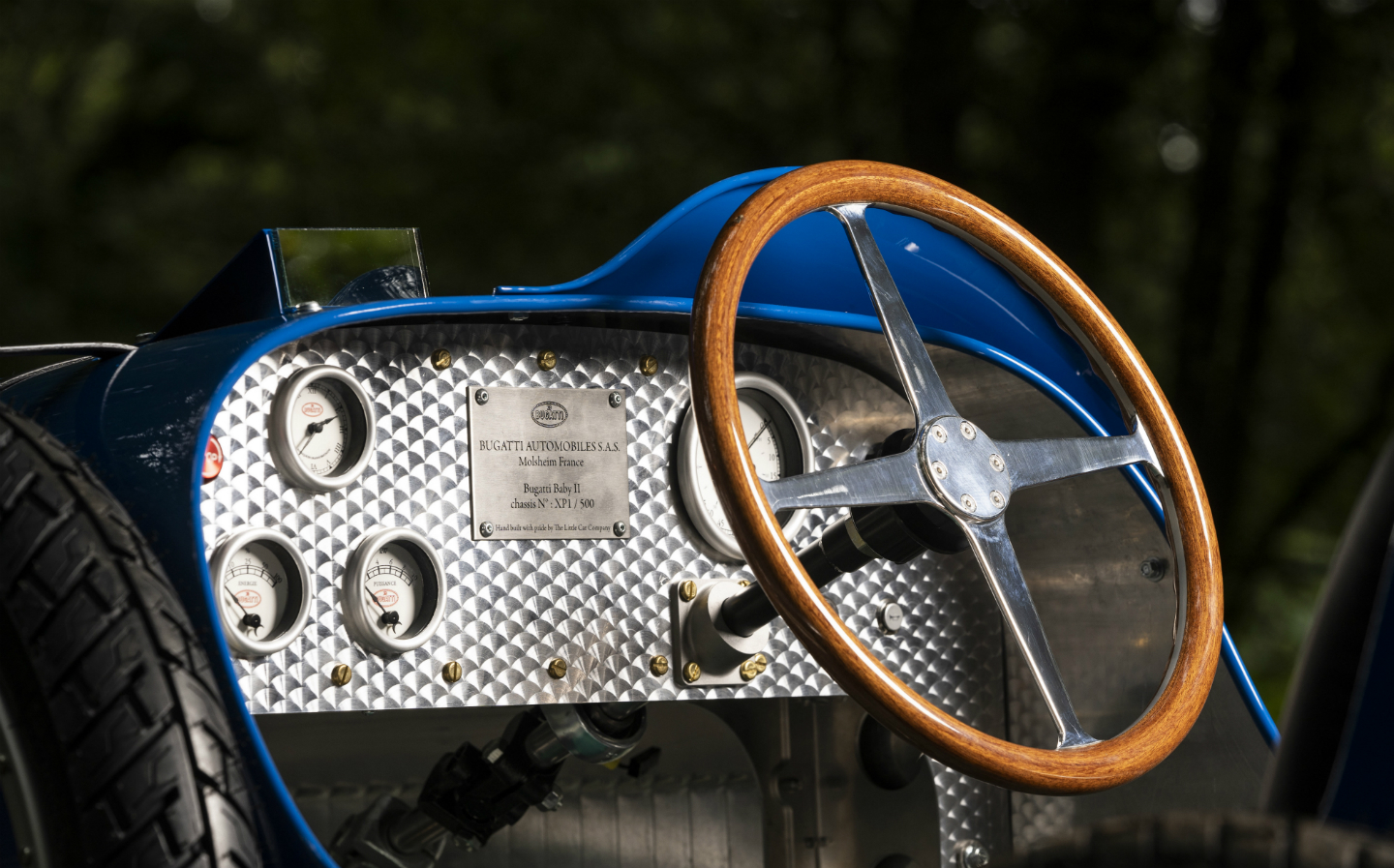 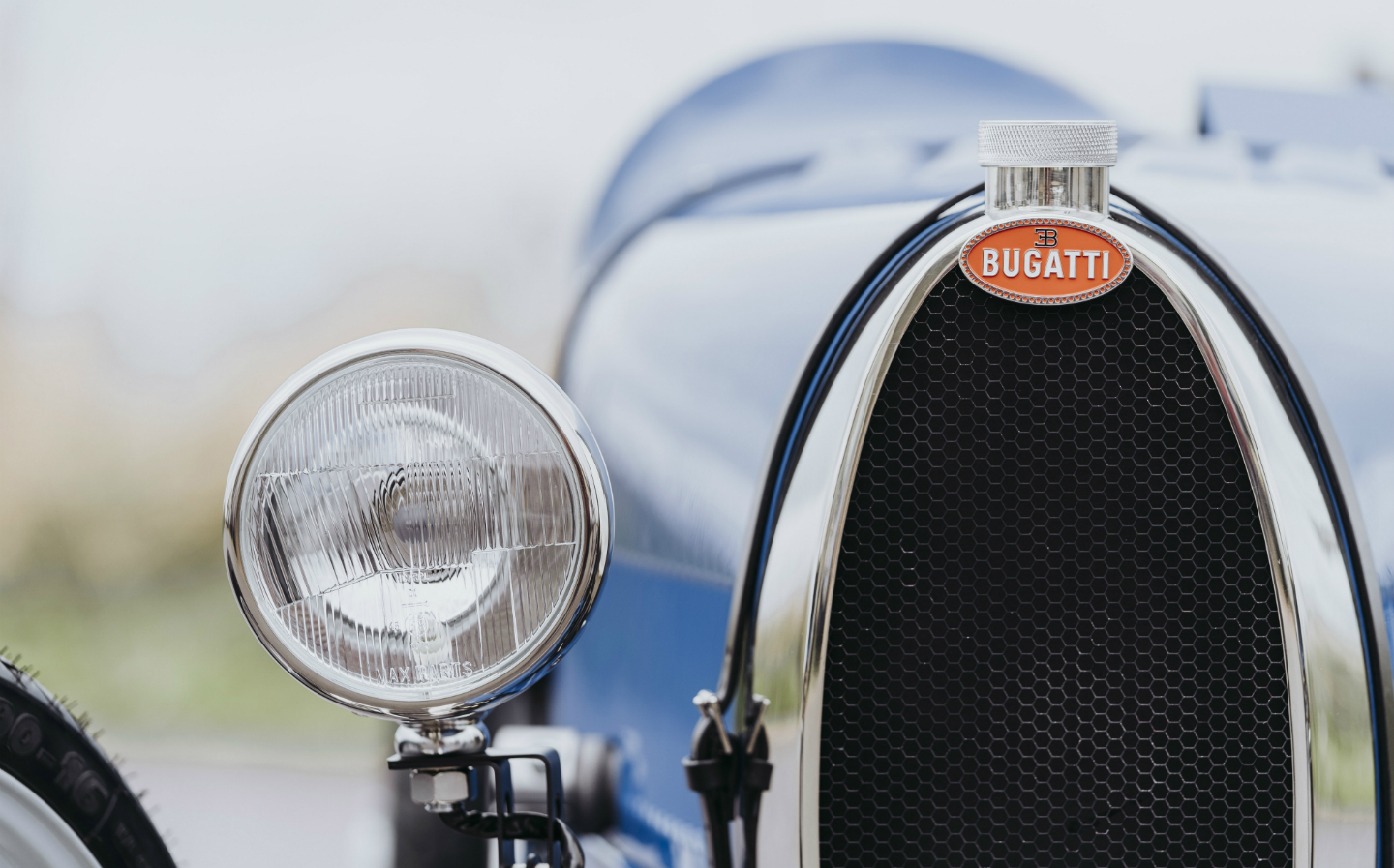 PRIMARY SCHOOL children may be far too young to get behind the wheel of the 261mph Bugatti Chiron, but now car-obsessed kids can have their own exquisite ride-on toy made by the famous French firm. The catch? It costs the same as a full-sized sports car.

Created in collaboration with UK-based The Little Car Company, the Bugatti Baby is a faithful, 75% scale replica of the company’s most revered racing model: the Type 35 pre-war grand prix machine. The authenticity goes right down to the turned aluminium dashboard and vintage suspension setup, which have been accurately recreated from the original car for the scaled-down ride-on model.

Some modern day concessions have been made, however. The eight-spoke wheels are shrouded in modern day Michelin tyres, rather than the beaded edge and cross ply rubber fitted to the original racers, and the oil and fuel pressure gauges on the pre-war cars are now power and battery charge dials on the electrically-powered toy. Opt for the “Vitesse” spec, and the Bugatti Baby even comes with an ultra-modern feature: carbon fibre bodywork.

The Bugatti Baby may be a children’s toy at heart but bigger kids can get in on the pint-sized fun, too, as the pedal box can slide forwards in the footwell to allow those with longer legs to squeeze themselves into the open top cabin.

Bugatti even thinks grown-ups can have a go, as an “adult mode” raises the power from 1.3bhp to 5.4bhp and takes the top speed from 12mph to 28mph, which probably feels quite fast enough in such a small machine.

And yet, in true style from the company behind some of the worlds most outrageous hypercars, there is even more performance available. Buyers who are after some truly hair-raising thrills may want to consider the “Vitesse” or “Pur Sang” versions over the base Baby, as these two trims come with a so-called “Speed Key”. Much like the top speed mode on the Veyron and Chiron hypercars, this go-faster feature extracts the toy’s full performance potential by raising power to 13.4bhp and removing the speed limiter.

With the full potential unleashed, The Little Car Company claims it’s seen the Bugatti Baby reach a wild 48mph on the test bench — meaning it’s probably best to keep the Speed Key out of the reach of younger children.

Of course, this much style and speed comes with a hefty pricetag: in its most basic guise, before sales taxes and delivery costs are factored in, the car will set you back €30,000, or around £26,400 at current exchange rates — more expensive than even the top spec Mazda MX-5. Full prices haven’t been revealed, though it’s likely the Baby will set buyers back even more if they opt for the Vitesse or Pur Sang trims, or pick an optional paint scheme for their ride-on toy.

The price hasn’t put off wealthy buyers, though; while you can still put your name down on the list, all 500 examples that will be made have already been accounted for. There’s a bit of a wait, too: full production won’t begin until early 2020, meaning customers won’t be able to surprise their children with it this Christmas.